Stefan Hell: An Unorthodox Mind
Back
His discoveries have revolutionised optics: from a rebellious standpoint to highest academic honours. Generations of physics students had to learn that the resolution limit of light microscopy is about half of the wave length of the light employed for microscopy, roughly 200 nanometres. The German physicist and optician Ernst Abbe had described this ‘diffraction limit’ already in 1873. But Stefan Hell did not accept Abbe’s limit as cast-iron law. In 1990, after receiving his PhD in physics, he set out to crack it. Because no one would support his quest initially, he set up as a freelance inventor to work on improving the resolution of light microscopes. He managed to increase it by using two opposing objective lenses which both focus on the same location. Samples residing in this focal spot can be illuminated coherently from both sides, and the emitted light can be collected coherently in the detector. This set-up ultimately lead to what is now known as the 4Pi microscope. 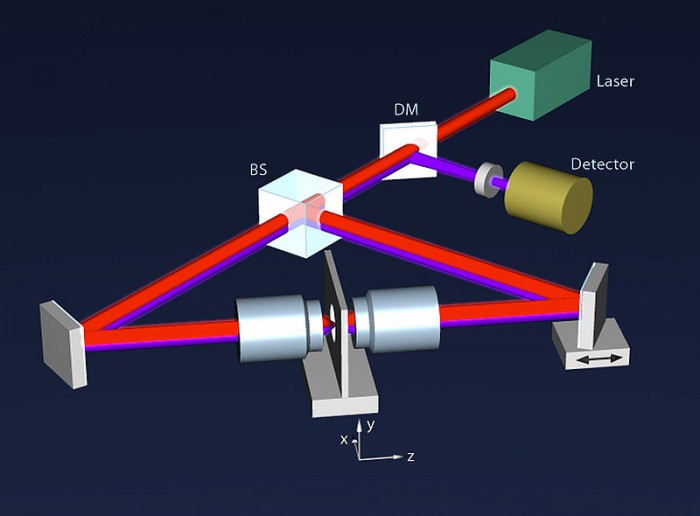 Layout of a 4Pi microscope: The laser light is divided by a beam splitter (BS) and directed by mirrors towards the two opposing objective lenses (red beam). At the focal point, superposition of both focused light beams occurs. Excited molecules emit fluorescence light which is collected by both objective lenses (purple beam), combined by the same beam splitter and deflected by a dichroic mirror (DM) onto a detector, where superposition of both emitted light pathways take place again. Graph: Hartmut Sebesse

From 1991 to 1993, Hell worked at the European Molecular Biology Laboratory in Heidelberg, where he could prove that the principles of 4-Pi microscopy really worked in practice. But he had his first own research group not in Germany, but at the University of Turku in South Finland. In Turku, he developed the ground-breaking STED microscopy; STED stand for ‘stimulated emission depletion’. This method again works with optical interference and uses a laser beam to excite fluorescence – everything still quite conventional. But Hell uses a second laser to de-excite the first laser beam, leaving only a small centre spot still emitting fluorescence. So STED functions by depleting specific regions of the sample while leaving a small focal spot. Hell himself explains his method in this video.

Shorty after having heard the news of receiving the Nobel prize, Stefan Hell explained his work in a newspaper interview: ‘If I cannot resolve two points because they are too close together and they are both emitting fluorescence, I need to dim one of them – and suddenly, you’re able to see the other point. (…) If I make sure that all molecules are dark, except the one or the few that I’m interested in, then I can finally resolve this one, or these few.’ With Hell’s new method, even living cells can be observed, as long as some structures in these cells can be stained by a fluorescent dye; and sample slices don’t need to be extremely thin. Being quite fast, this method even allows for the live observation of dynamic processes – suddenly, a research window opened with a multitude of applications from molecular biology, medical research to chemistry and physics. After the breakthrough of STED microscopy, Hell’s career gained momentum: In 1997, he had his own research group at the prestigious Max Planck Institute for Biophysical Chemistry in Göttingen, Germany. Only one year earlier, he had received his habilitation from the University of Heidelberg, a postdoctoral degree still important in German academia. In 2000, he was able to experimentally prove his method, and two years later he was promoted to director of his institute. Soon afterwards, he also became an associated professor at the University of Heidelberg.

Stefan Hell was born in Romania, his family belonged to the German-speaking minority in western Romania. He attended German schools in the Banat region, before his family resettled in Ludwigshafen in Southern Germany when he was 15. Hell studied physics in nearby Heidelberg, where he also received his PhD. Although a bright student, no one would have predicted his trip to Stockholm in December 2014 to receive the Nobel Prize in Chemistry ‘for the development of super-resolved fluorescence microscopy’, together with the American physicists Eric Betzig and William E. Moerner. By the way, the modest researcher and father of three, has already accepted his invitation to participate in the 65. Lindau Nobel Laureate Meeting next summer – along with Betzig and Moerner! 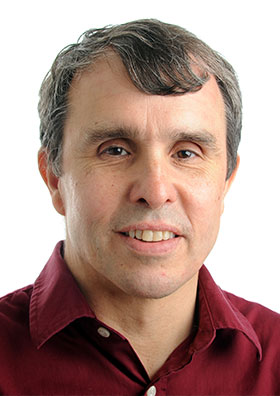 After a career both in research and business, Eric Betzig developed the PALM method (photoactivated localization microscopy), together with his friend Harald Hess. PALM uses photoactivatable fluorescent proteins (PAFPs) that can be selectively activated or deactivated. In order to observe single molecules, only a few are activated and studied until they “bleach” – their fluorescence is depleted. Now it’s time for the next batch of molecules; this procedure looks as if the molecules were “blinking”. Amazingly, Betzig and Hess developed this method outside academia, literally in Hess’ living room. Betzig now has his own research group at the Janelia Farm Research Campus of the Howard Hughes Medical Institute in Ashburn, Virginia. 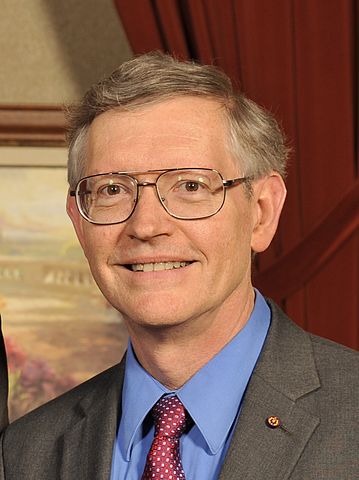 William E. Moerner is professor for chemistry at Stanford University. His research group also works with photoactivatable fluorescent proteins. But to describe their three-dimensional localization and structure, Moerner uses a method called “double-helix point spread function” (DH-PSF), where two lobes rotate around a probe. He is credited with achieving the first optical detection and spectroscopy of a single molecule in condensed phases.