Tomas Lindahl and the Surprising...
Back

Today we know that each and every day, our DNA is damaged by UV light, free radicals or carcinogenic substances. And even without such external attacks, DNA can undergo many changes, for instance during replication. But in the 1960s, with the discovery of DNA’s double helix structure only one decade earlier, DNA was viewed as something inherently stable. 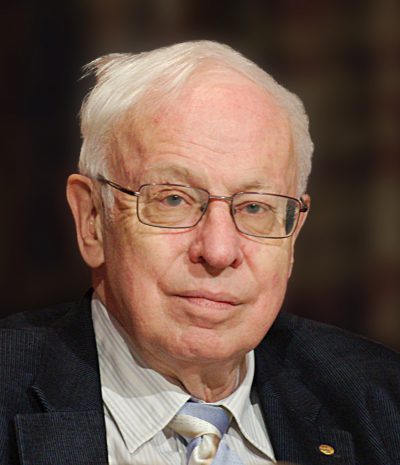 Tomas Lindahl during the Nobel Prize press conference in Stockholm in December 2015. Lindahl has worked in the UK for several decades and is emeritus director of Cancer Research UK at Clare Hall Laboratory in Hertfordshire. Photo: Holger Motzkau, CC BY-SA 3.0

In 1969, Tomas Lindahl set out to tackle a question that seemed so far-fetched at the time that he didn’t even apply for a grant. Instead, to study the stability or instability of DNA exerimentally, he used money he had been awarded beforehand.

Already as a postdoctoral researcher in Princeton, Tomas Lindahl had found that tranfer RNA, or tRNA, could be quite unstable under certain conditions. This finding ran against the current belief that DNA should be extremely stable. Since RNA is usually single-stranded, some reduced stability would be expected. But still Tomas Lindahl couldn’t get the question of the inherent stability or instability of DNA out of his mind.

In the US, he had been the first to describe the previously unknown enzymes DNA ligase and DNA exonuclease, both important for repairing DNA breaks. But at the time, “we did not have the techniques available to attempt to prove their roles in intracellular recombination events,” Tomas Lindahl writes in his autobiography for Nobelprize.org.

Back in Stockholm and with his own small lab, he now began to look for signs of DNA decomposition in a neutral aqueous solution. He decided to start out with some pilot experiments, “and if the results did not seem promising – quietly bury the project,” Lindahl describes these early steps in his Nobel Lecture. But the results were indeed promising, and so he carried on with “a series of time-consuming experiments to attempt to quantify and characterise the very slow degradation of DNA solutions under physiological conditions”.

With the help of chromatography, he found that some base residues were lost from DNA. Also, the remaining DNA bases had changed, “the most important of these is the deamination of cytosine residues to uracil”. This change is described in the graph below, deamination meaning ‘loss of an aminogroup’.

When Lindahl started to quantify these observed changes, he found the startling number of thousands of DNA changes per day in any mammalian cell: a number that should have made the development of life on earth as we know it impossible. The compelling conclusion was that there were powerful DNA repair mechanisms at work round the clock. 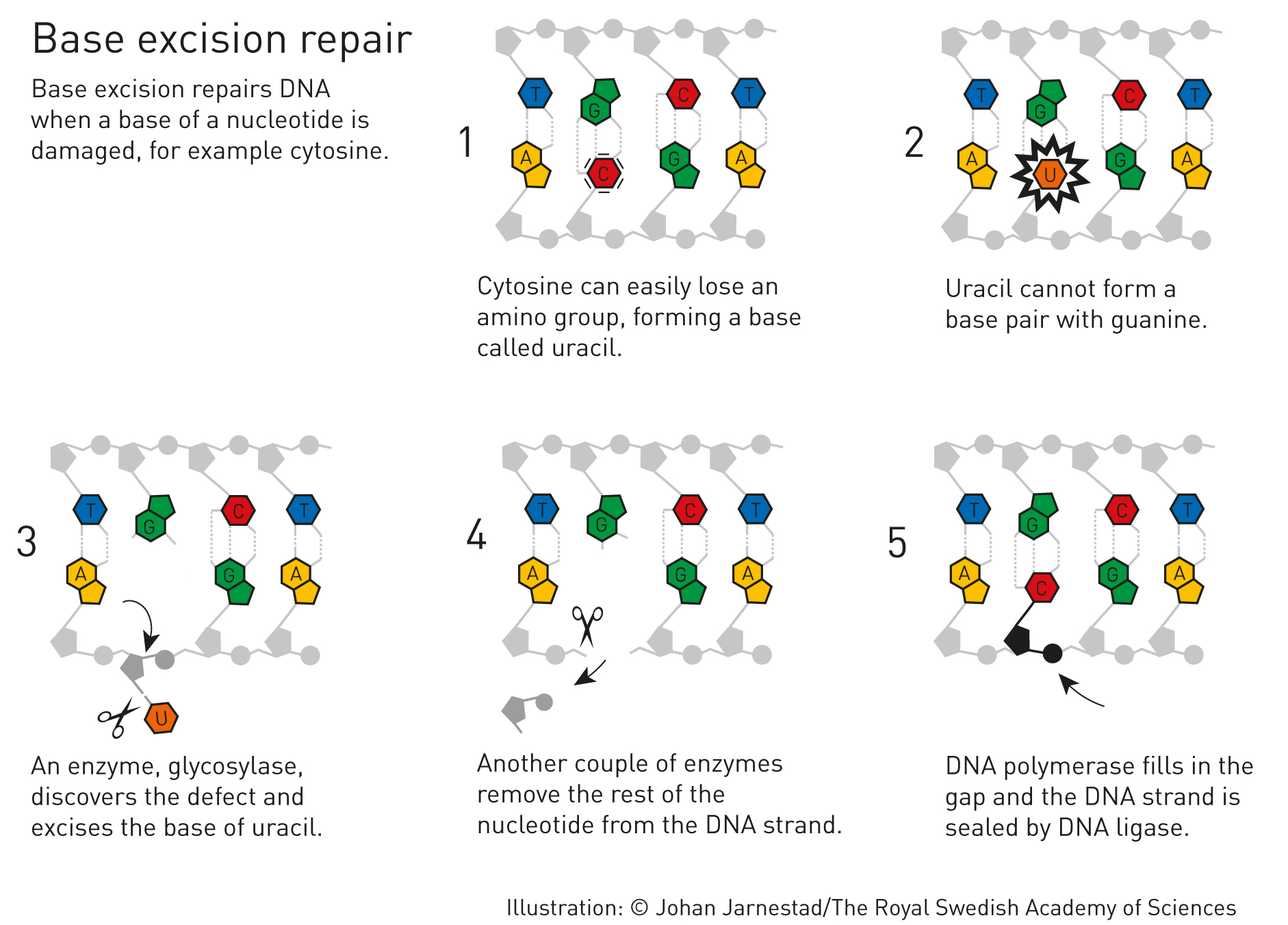 Step by step, Lindahl was able to describe the pathway of a repair mechanism that became kown as ‘base excision repair’. Several enzymes need to work together to find, to excise, and finally to replace a damaged nucleotide. Cytosine, one of the four building blocks of DNA, easily loses one aminogroup, as mentioned above, the result is a base called uracil. But uracil cannot bind with guanine, the other half of the GC base pair. Now, an enzyme called glycosylase detects this problem and excises uracil. Next, the enzyme DNA polymerase fills the gap with cytosine, and finally the strand is sealed by DNA ligase. By finding this pathway, Lindahl’s research came full circle: he could now prove the role of the enzyme he had first described as a postdoc years earlier.

In 2015, the Nobel Prize in Chemistry was awarded to Tomas Lindahl, Paul Modrich and Aziz Sancar ‘for mechanistic studies of DNA repair’. Aziz Sancar has described ‘nucleotide excision repair’, the mechanism that cells use to repair UV damage to DNA, and Paul Modrich has demonstrated how cells correct errors that occur when DNA is replicated during cell division. This repair mechanism is called ‘mismatch repair’.

This means that base excision repair is only one repair pathway among many, albeit an important one. And not all pathways have been discovered yet. Correspondingly, there are many different enzymes involved in the various repair pathways. And each and every enzyme is an interesting starting point for cancer drug research, because inhibiting one of these enzymes also means suppressing DNA repair. As Lindahl himself likes to point out: these repair pathways can be seen as a ‘double-edged sword’, because normal cells use them all the time to remain healthy, but cancer cells use them as well to stay alive and cancerous. 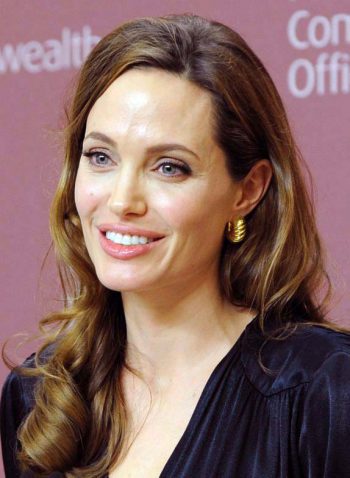 Angelina Jolie at the launch of the UK initiative on preventing sexual violence in conflict, in May 2012. One year later, she made public that she is the carrier of a BRCA mutation: BRCA genes are responsible for DNA repair, and their mutations can lead to a sharply increased cancer risk. Photo: Foreign and Commonwealth Office, Open Government Licence v1.0 (OGL)

As a result of this research, novel ‘targeted therapies’ now aim to affect the repair pathways that some cancer cells rely on, hopefully leaving healthy cells unaffected. One drug that is mentioned in the scientific material of the Royal Swedish Academy of Sciences is the cancer drug Olaparib: it’s a PARP inhibitor, inhibiting a polymerase named PARP (poly ADP ribose polymerase), one of the many enzymes of DNA repair. It is approved for use against cancers in patients with BRCA1 or BRCA2 mutations.

Female carriers of these mutations are five times more likely to develop breast cancer and up to thirty times more likely to develop ovarian cancer. These mutations, which are more frequent in certain popluation groups like for instance Ashkenazi jews, became widely known when Hollywood actress Angelina Jolie explained publicly that she was a BRCA1 carrier and that she had a double mastectomy and ovariectomy to hopefully prevent her getting cancer. After she made this step public, there has been a marked increase in women seeking tests for their BRCA status – an important step for making an informed decision about medical procedures.

In his 2015 Nobel Lecture, Tomas Lindahl concluded that many more small molecules than are currently known can probably damage DNA, meaning “that there are more DNA repair enzymes waiting to be discovered”. And each and every one can be viewed as a new hope for cancer patients. Lindahl’s vision for the future is that cancer will become a disease of old age, like type 2 diabetes: you need to take some medication against it, but you can live with it and enjoy a good quality of life.

This summer, Tomas Lindahl will visit the Lindau Nobel Laureate Meetings for the first time. We’re looking forward to welcoming him in Lindau and to hearing his lecture on DNA repair.

The Helix Bridge is a pedestrian bridge in Singapore linking Marina Centre with Marina South. Its design is based on the double helix model of DNA. This can be best seen at night, when pairs of the coloured letters G and C, as well as A and T, are lit up in red and green. They represent cytosine, guanine, adenine and thymine, the four bases of DNA. Photo: joyt/iStock.com