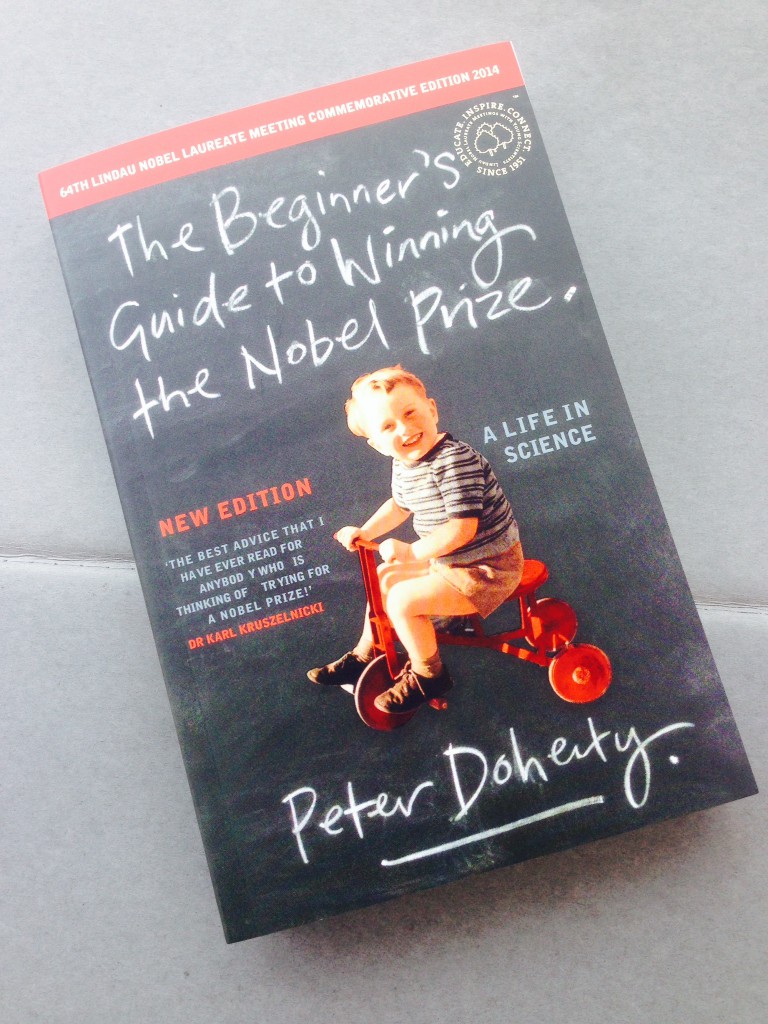 The Nobel Laureate in Physiology or Medicine (1996) provides an insight into a scientist’s very particular way of life “that is concerned with asking questions and seeking answers that hold up on further testing and scrutiny”. Before writing this book Doherty was certainly accustomed to communicating with scientific colleagues. But writing a book he soon realised that there’s a great difference between writing scientific papers or than composing articles and commentaries for newspapers and magazines. In the preface Doherty describes himself as a total novice concerning the business of creating an interesting and readable book. Well, he succeeded! The book was published in 2005 and three others followed – a fifth one is in progress. Doherty absolutely learned how to reach the public, to write in a level that is meant to intrigue a general reader. Though he apologises in the preface of his first book:

I apologise in advance to other professional scientists and to ‘serious’ scientific reviewers who may read this book. …, some who work on topics that I’ve mentioned will undoubtedly read what is here and say to themselves: ‘well, he got that half right'”

Today Peter Doherty is highly engaged in motivating more and more scientists to get into writing, into discussing their topics with the public. This made me curious and so I asked him some days ago. He told me, he helped the former newspaper editor Andrew Jaspan to start TheConversation.edu.au, an enormously successful blog that takes 1000 word pieces by those affiliated with a university or legitimate research institute (anywhere in the world), then puts them through a professional newsroom staffed by journalists. This can be accessed free and the articles can be picked up by any organization that wants to use them. There’s now also a UK version, but anyone or any organization that wants to use them is free to do so. Doherty for sure is proud of this platform: “It’s a great model that is also being looked at in India, South Africa, the US and more”. Even this Lindau Blog profits from Doherty’s engagement. Last year we had Akshat Rathi – one of the UK editors – in our team. And this year Mohit Kumar Jolly is blogging with us, he also writes for TheConversation.com. Naturally Doherty also is active on Twitter as @ProfPCDoherty, where his tweets vary from the necessity of investigative journalism to climate change to media control in Iraq and certainly lots of science topics. 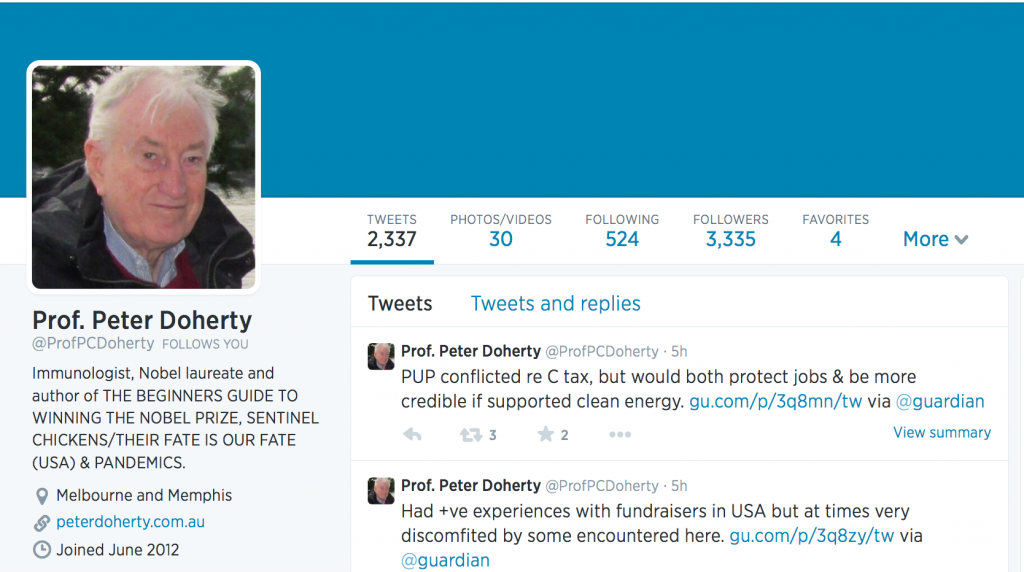 This fits into his self description in the beginner’s guide: “I’ve taken advantage of several international platforms since receiving the prize to express concerns about matters like population control, global warming and environmental degradation.” This is his personal incentive for being so active as a communicator today. And he wants to motivate even more scientists to do so. Asked why, he stated this appeal: “We can’t let our world be dominated by bean counters and self-serving liars. Every scientist, from student to postdoc to professor to Nobel laureate needs to do whatever they can to get the broad message out on the importance of enquiry, the necessity to engage with evidence based reality and the essence of important ideas like relative risk. We all need to spend just a little of our time being science communicators.” Like following his advice in The Beginner’s Guide… taking up the cause of science communication can lead to something that is very worthwhile. Related articles Tweeted and Blogged Science Tweeting Lindau