Malala Yousafzai,”The girl with the...
Back
With courage and determination, she has become what the Taliban fear the most – a girl with a book. This was how UN Secretary General Ban Ki-Moon described Malala Yousafzai, who, as a girl blogging out of resistance, has been compared with Anne Frank. She is now a children’s rights activist and the youngest ever Nobel Peace Prize winner. The message from Stockholm announcing that she had won the Nobel Peace Prize arrived while Malala was in a chemistry lesson. She showed her commitment to her own education by waiting until the end of her school day before speaking to the media. Malala attends school in Birmingham after being transferred to the UK from Pakistan for medical treatment after she narrowly survived an assassination attempt by the Taliban. In January 2009, the Taliban had banned girls in the Swat Valley, where the Yousafzai family lived, from going to school. Despite murders and countless girls’ schools being destroyed, some continued to attend. Malala was one of them. On 9th October 2012, Taliban fighters stopped the school bus, demanding that Malala identify herself, or else all the girls would be killed. Malala suffered a gun shot to the head and some of her friends were injured. Malala’s battle for life became a global news story. 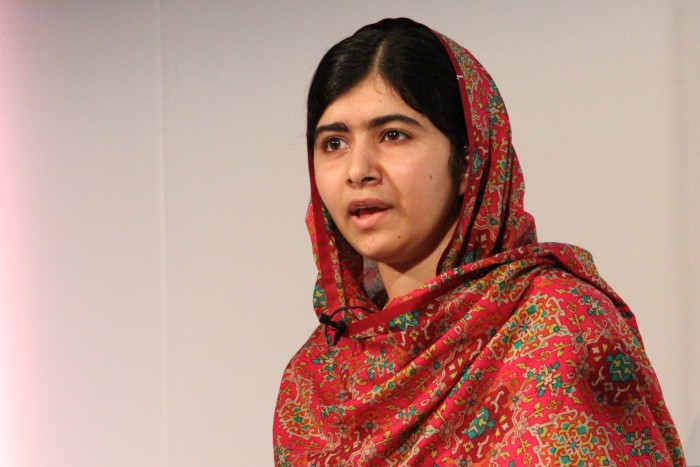 At this point, Malala was no longer unknown. Encouraged by her father, the headmaster of a private girls’ school, she blogged for the BBC about their daily lives under the Taliban regime. She used a pseudonym for the blog, but ended up in the public eye partly because of research done by journalist Adam B. Ellick. Malala, her politically active father and their family had been portrayed by Ellick in a documentary film two years prior to the assassination attempt. After that event he dealt with the question of journalistic responsibility, as well as with the development of this unusual girl, from concerned student, who wanted to be a doctor at the time, to political activist. (Article + video from Adam B. Ellick) After recovering from the attempt on her life Malala has gained tremendous admiration and respect from everyone who has learned of her story. She has developed a fascinating inner greatness. On her sixteenth birthday, just nine months after the assassination attempt, Malala gave an impassioned speech to the United Nations. Malala exudes strength and peace – that she was wearing Benazir Bhutto’s scarf for the speech seems more than appropriate. And yet she remains the girl with a satchel on her back. 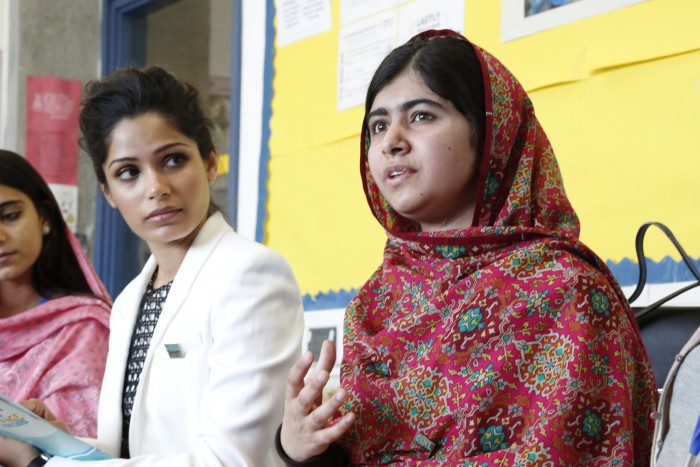 Taking that into account, the Nobel Committee had to deal with the question of whether awarding Malala the prize would impose too heavy a burden on her, with another possible drawback of making her an even bigger target. However, Thorbjørn Jagland, Chairman of the Norwegian Nobel Committee, recalled that Malala is the representative of those she campaigns for – children and young people. How could the Committee give them hope, were they to hold back on awarding Malala the prize? In a speech reacting to the news of receiving the prize, Malala said that she had the choice of remaining silent and simply waiting to be killed, or to speak out and be killed for it. She decided to speak. The girl named after Afghan folk heroine “Malalai of Maiwand” has become a heroine herself. She says the Nobel Prize is an encouragement for her to continue along the same path – and she has great ambitions:

“I want to see every child going to school!”

Malala Yousafzai wants to move back to Pakistan and become a politician. Her role model is the former prime minister and later opposition leader of Pakistan, Benazir Bhutto, who was assassinated in 2007. Her children had sent two of their mother’s scarfs to Malala’s hospital bed, as she recounts in her book – probably her best gift ever. Links: Teens React to Malala Yousafzai (Video) Malala Fund