Wearables and their medical future
Back 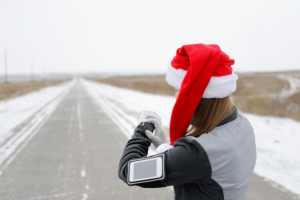 Thanks to the general boom in the fitness industry, wearables have found their way on to many wrists and entered the general public awareness. They are often considered synonymous with fitness armbands and similar devices; however, there is much more to the concept of wearable technology. The fitness armbands, which measure the user’s pulse, the number of steps they take and similar parameters, and can be evaluated using apps, are merely precursors of what the research, at least, in this area, is aiming to achieve. According to a study, the majority of fitness armbands ends up gathering dust or never actually find use. The value of the data they measure and record is limited and many people become annoyed or simply bored with them in the long term.

However, the discussion concerning who collects and saves health data and for what purpose, which has been instigated by this development, is actually useful, as the real breakthrough of this technology, with all of its associated challenges, has yet to unfold.

For example, wherever one looks, there are teams of scientists working on designing a second skin, sometimes in cooperation with industry. This second skin is just one micrometre thick and as light as a feather, yet it is fitted with sensors and is so flexible that it can also accommodate the bending of elbows and knees. This innovation by the University of Tokyo can record the temperature, moisture level, pulse and the blood oxygen concentration and is therefore suitable for use as an indicator of wound infection. Synthetic detector materials, which are inserted under the skin like tattoo ink, can also act as biomarkers, indicating infection, for example, by changing colour. Going one step further and combining the identification of a medical condition with immediate intervention is also conceivable, and several teams at MIT are already working on this. Their work involves the adaptation of microchips so that they respond to a particular trigger and release drugs which are contained in polymer capsules. The ‘Pharmacy on a Chip’ has already been tested in initial clinical tests on humans. What’s new here is its combination with the sensor technology. 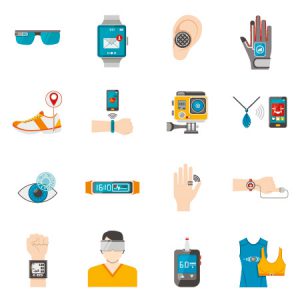 The many new possibilities offered by this technology are matched by an equal number of challenges: for example, the vast flood of data they generate, which is already putting a strain on networks. The problem is that the data accumulate where the corresponding software originates; capacities are then exceeded and security cannot be guaranteed. Anything that promises data exchange and access, on the one hand, is an invitation for data abuse, on the other – particularly as, apart from the risks that arise when human beings are the carriers of implanted transmitters that are open to external access for fraudulent purposes, the speed of technological development permanently exceeds the establishment of the necessary framework conditions. Hence, the thinking is currently headed in the direction of closed loops, in which patients transmit their data to their smart phones by physically touching the object with their hands. According to science journalist Elizabeth Gibney, an study exists, in which a Swedish team has developed an in-body intranet that transmits signals at a low frequency using the body’s water as its wires. A low-power signal would be sufficient here, the data are not so easy to tap into and the transmission frequencies would also be protected. 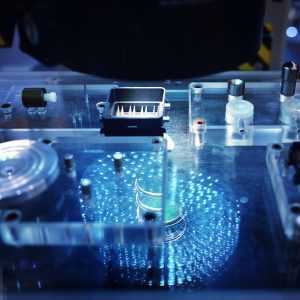 In principle, this research trend is the logical continuation of what it was possible to observe as the biggest development in the automation of the working world and further development of humanoid robots: sensor technology enables the machines to communicate with each other, the robot with the humans – and it is now hoped that it will be possible to provide humans with a monitorable machine-like ‘body repair and maintenance’ program. Thus, a technology that some people consider very off-putting provides a very worthwhile vision for others. They compare the human body with a car, say that modern technology has made complete write-offs relatively rare, and argue that we should also make use of these technological advances on the far more valuable human body.

Although the benefits of this technology are very obvious in individual cases and particularly vast in the context of everyday medicine – for example in the detection of early warning signs of epileptic fits and the wireless monitoring of premature babies – certain obstacles still stand in the way of the breakthrough of the technology to the level of industrial application. The new materials must first undergo medical licensing procedures. Moreover, suppliers are fearful of lawsuits over defective devices. Therefore, to enable the complete vision to become a reality, major efforts are needed on the part of all those involved: from the insurance companies and healthcare providers to the research teams and investors. Whether this goes beyond the use of wearables in very obvious medical cases and becomes a worthwhile solution that warrants mass production is a different question, for which the associated costs and benefits will have to be weighed up. But the attraction of wearables appears to be considerable, and the basic technological feasibility is not the problem.