Science in a Post-Truth Era
Back

When scientific issues become publicly controversial, Nobel Laureates have a history of making strong statements at the Lindau Nobel Laureate Meetings, starting at the second meeting in 1955. There, eighteen laureates signed the first Mainau Declaration urging world leaders to not use nuclear weapons. The second Mainau declaration, signed by 36 laureates at the 65th Lindau Meeting in 2015 and by 40 additional laureates soon after, encouraged government leaders to take action to minimize the risks of climate change.

And this year, Laureates, young scientists and former science diplomats made their position known about speaking up when “alternative facts” drive unpredictable political changes in the United States, United Kingdom and other countries. “Scientists cannot ignore what is happening in the world,” Countess Bettina Bernadotte auf Wisborg, President of the Council of the Lindau Meetings, said in her speech opening the 67th Lindau Meeting this year. “Some rulers, and people, seem to feel threatened by progress and the fact-oriented power of science.” 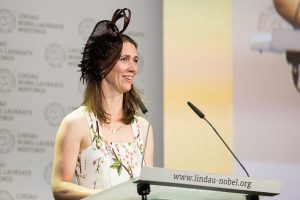 Last year, a volatile electorate voted for Britain to leave the European Union, leaving non-British EU nationals working in the country concerned about losing their jobs. Earlier this year, US President Trump withdrew the country’s support from the Paris Accord, an international treaty signed by 195 members of the United Nations agreeing to take action to mitigate climate change.

This year it seems politics are a common topic during informal gatherings at Lindau, with young researchers asking international colleagues about their experiences, seeking to better understand situations behind the headlines. Conversations about science and politics continued with a discussion for the media about today’s post-truth era hosted by Deutsche Welle on Monday afternoon.

Although public questioning of scientific information is particularly widespread today, alternative facts can be found even during the Renaissance, said Helga Nowotny, Vice-President of the Council for the Lindau Nobel Laureate Meetings and former president of the European Research Council, Austria. “We have never lived in a truth era.”

When science and politics intersect, a natural part of the scientific method – that scientific facts are not determined forever — presents a challenge for the perceptions of scientific truthfulness. Even when a large consensus of scientists agrees about a particular position, such as humanity’s role in climate change, the iterative process of science leaves uncertainty that some politicians can use to support their efforts to gather more votes. “Elections have become very close to marketing campaigns,” said Arturo Borja, Director of International Cooperation at the Consejo Nacional de Ciencia y Tecnología (CONACYT) in Mexico. 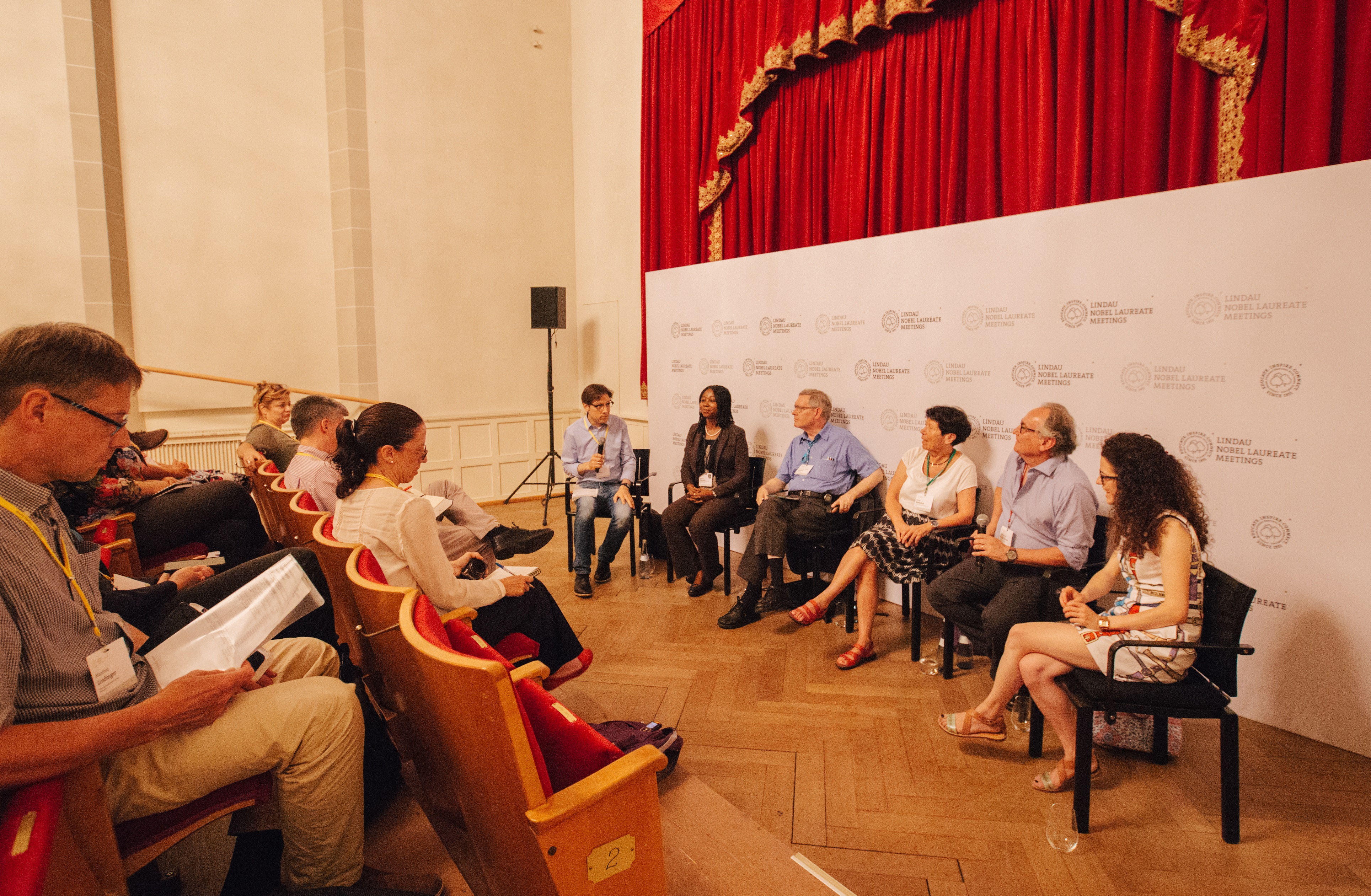 Marketing campaigns can trigger skepticism and critical analysis, leading to a general public distrust of politicians. Scientists, however, still have the public’s trust: More than 75% of Americans trust scientists to act in the public interest, while less than 50% have a similar trust in elected officials, according to a 2016 report from the Pew Research Center. But when politics makes it seem like the public is losing confidence in science, how do scientists help rebuild that trust?

Two suggestions arose during the discussion:

Citizen science projects, where non-scientists help scientists do research, are one way to help the public learn about the process of science by engaging with it themselves. These projects are also a way for scientists to give back to society, said Melania Zauri, a young scientist from Italy working at the Research Center for Molecular Medicine of the Austrian Academy of Sciences. 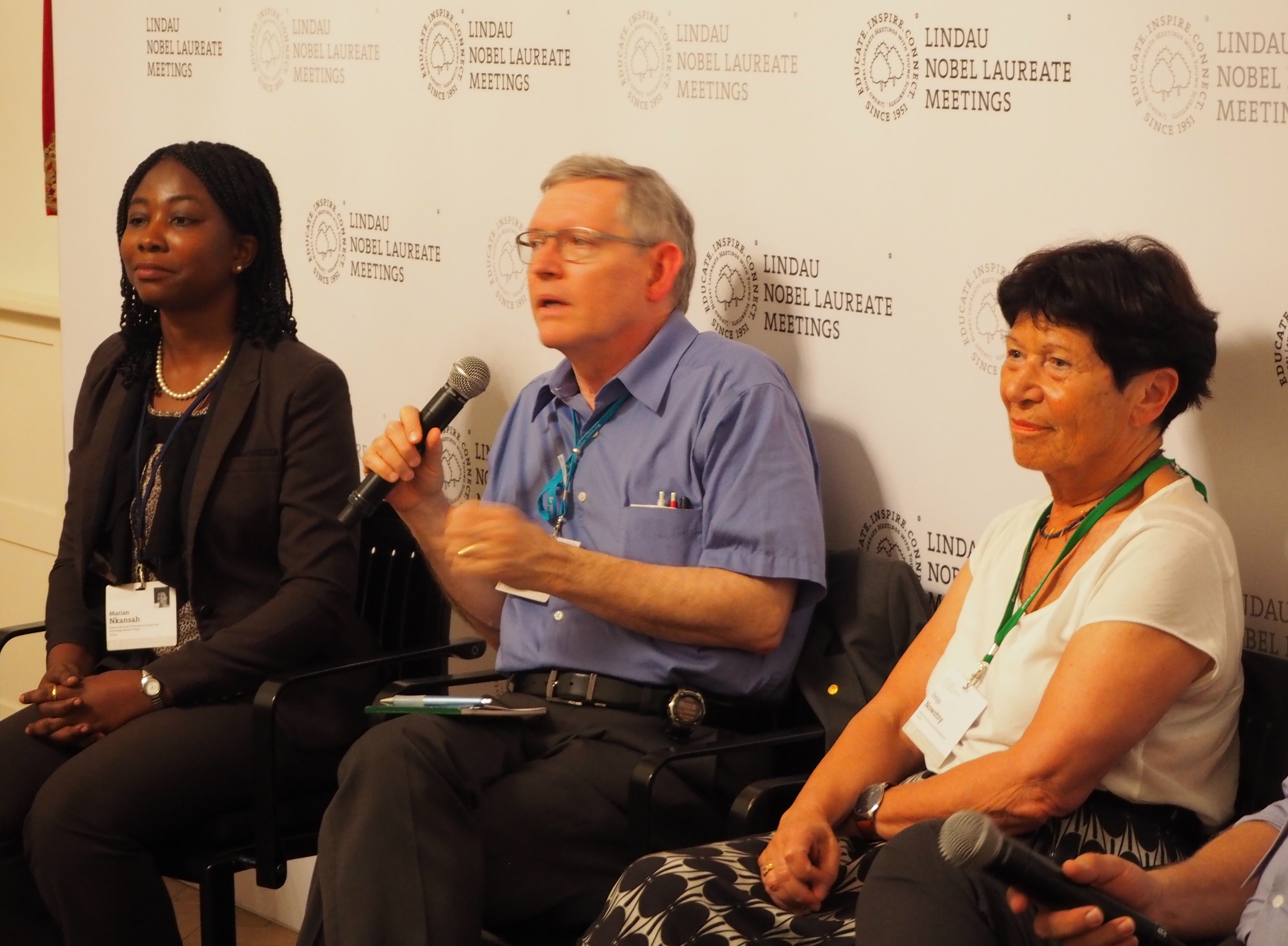 In communication courses, Marian Nkahsah, a young scientist from Kwame Knrumah University of Science and Technology in Ghana, learned how to identify her audience so she can speak directly to them. Scientists’ voices should be as loud as those who are propagating lies, she said.

William E. Moerner, 2014 Nobel Laureate in Chemistry and professor at Stanford University encouraged other scientists to talk to their friends and family about the scientific method. He also speaks publically, including at the March for Science in San Jose, California. He said speaking from an established connection of shared humanity could help break down barriers to misinformation.

“Science is not an alternative fact,” Moerner said. “It is something we have to use if we want to push our future forward.”

After the March: Continuing to Speak up for Science