From Copper Photocatalysts to Chemical...
Back

When Jean-Pierre Sauvage started his own research lab, he focused on developing copper catalysts that could absorb light and use that energy to split water into hydrogen and oxygen gases. After characterising the shape of one of these catalysts, the focus of his research changed to that recognised by the 2016 Nobel Prize in chemistry: synthesising molecules with interlocking rings and knots.

The game-changing catalyst was a copper ion binding to the concave portions of two crescent-shaped phenanthroline molecules. Because of its binding geometry, the copper ion held the arcs in perpendicular planes. Sauvage realised that closing each crescent to form a loop would create a molecule with two interlocking rings, called a [2]catenane. “At that stage, we had to decide whether we would continue in the field of inorganic photochemistry, or be more adventurous and jump into a field we didn’t know so well,” Sauvage said. “We decided to jump.” 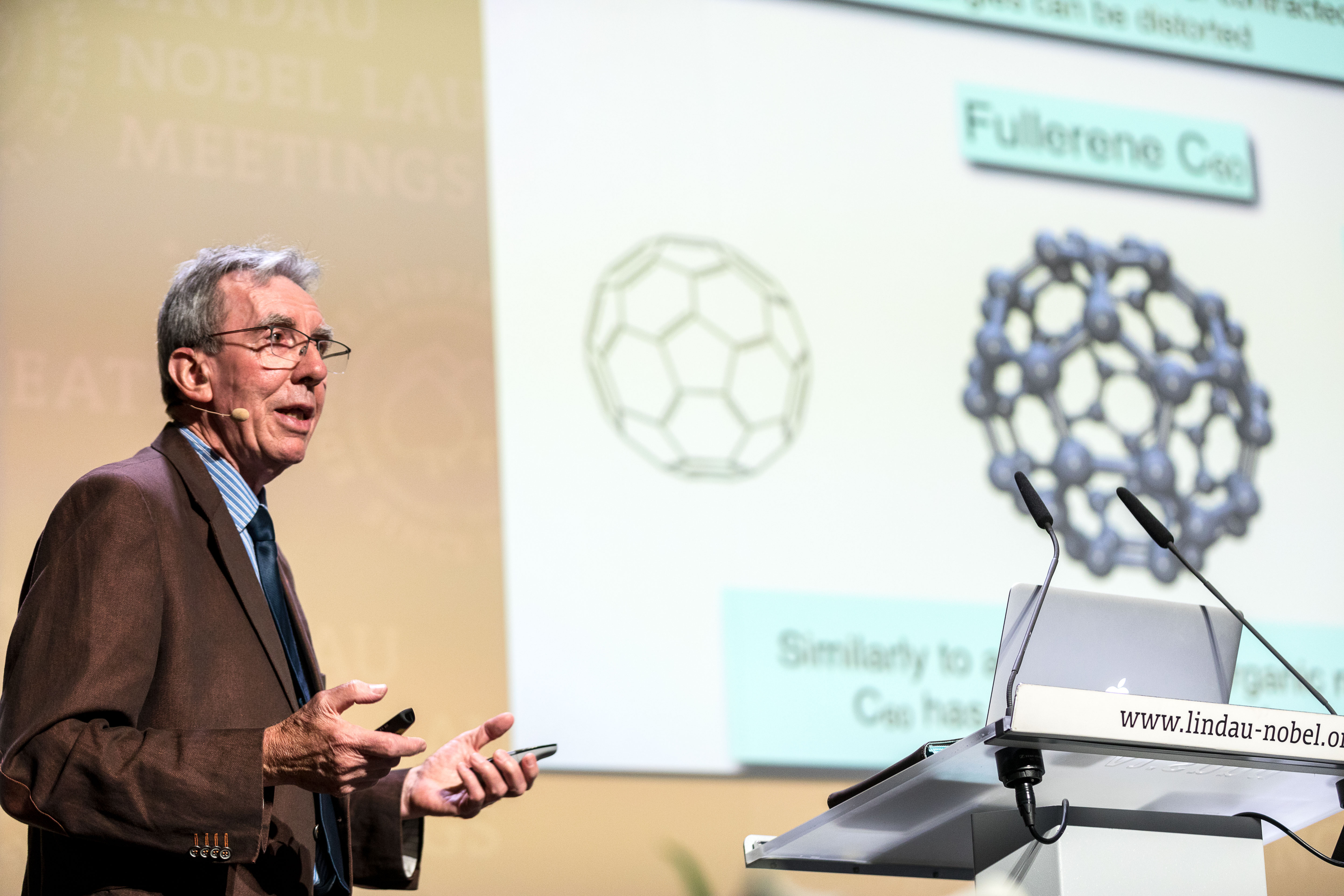 The field less familiar to him at that time is called chemical topology, and it has foundations in mathematics and biological molecules. Topology is the study of infinitely deformable objects. Mathematicians classify topological knots as identical if they have the same number of loops and crossings, even if their shapes appear drastically different. Topological knots can also be found in biological structures. Some bacteria have a loop of DNA, and two interlocking rings of nucleic acid can appear as an intermediate during cell replication. In viruses that infect bacteria, intertwined cyclic proteins can provide rigidity to their outer shells.

In 1961, H. L. Frisch and E. Wasserman, at Bell Labs, connected topology to the chemical world, publishing ideas to synthesise molecules with interlocking rings and knots. Three years later, Profs. Schill and Lüttringhaus synthesised the first molecule with two interlocking rings, in an elegant, but lengthy, process that built each ring of the [2]catenane sequentially.

About twenty years later, Sauvage recognised that his copper catalyst pre-assembled the interlocking portion of the catenane, providing a fast and efficient route to the simplest molecular chain. In 1983, he, along with Christiane Dietrich-Buchecker and J.P. Kintzinger, synthesised a [2]catenane in two steps, compared to the 15 steps needed in the previous synthesis. Sauvage says the researchers knew their work was novel, but they partly hid it in the literature, publishing in a lesser-read journal and writing the article in French. Although the paper remains one of the few French papers of his career, the concept of templating catenane synthesis has become a standard method in the field. 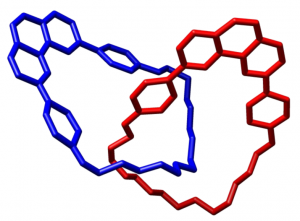 A molecule with interlocking rings synthesised by Jean-Pierre Sauvage and Christiane Dietrich-Buchecker in 1983. Credit: Wikimedia Commons

Over the next decade, Sauvage and his group synthesised and characterised molecules with more complex topologies, including a doubly-interlocking catenane and molecular trefoil knot with three loops and three crossings.

As the researchers continued to follow their interest in the challenge of making molecules with novel structures, they also developed an interest in molecular motion. In interlocking rings, for example, one ring can rotate around the other. With a reliable way to make a variety of interlocking molecules, researchers could then build new structures, experiment with ways to control the motion, and then convert that motion to work in molecular machines – advances achieved by Sauvage’s colleagues, co-laureates, and friends J. Fraser Stoddard and Bernard L. Feringa.

From the story of his research, Sauvage had four pieces of advice for the young scientists:

Novelty is the most important thing when choosing research, and he stressed the importance of working in a team, interacting with other scientists inside or outside your group. Moving to an unfamiliar field can be very beneficial, Sauvage said. And although that jump can be intimidating, he encouraged the young scientists to be self-confident: “Do not ask yourself whether you are good enough to tackle a new problem: Just do it!”