Immunotherapy: The Next Revolution in...
Back

Over the past 150 years, doctors have learned to treat cancer with surgery, radiation, chemotherapy and vaccines. Now there is a new weapon for treatment: immunotherapy. For some patients with previously incurable cancer, redirecting their immune system to recognise and kill cancer cells has resulted in long-term remission, with cancer disappearing for a year or two after treatment.

Cancer immunotherapy has been used successfully to treat late stage cancers such as leukaemia and metastatic melanoma, and recently used to treat mid-stage lung cancer. Various forms of cancer immunotherapy have received regulatory approval in the US, or are in the approval process in the EU. These drugs free a patient’s immune system from cancer-induced suppression, while others engineer a patient’s own white blood cells to attack cancer. Another approach, still early in clinical development, uses antibodies to vaccinate patients against their own tumours, pushing their immune system to attack the cancer cells.

However, immunotherapy is not successful, or even an option, for all cancer patients. Two doctors used FDA approvals and US cancer statistics to estimate that 70 percent of American cancer deaths are caused by types of cancer for which there are no approved immunotherapy treatments. And patients that do receive immunotherapy can experience dramatic side effects: severe autoimmune reactions, cancer recurrence, and in some cases, death. 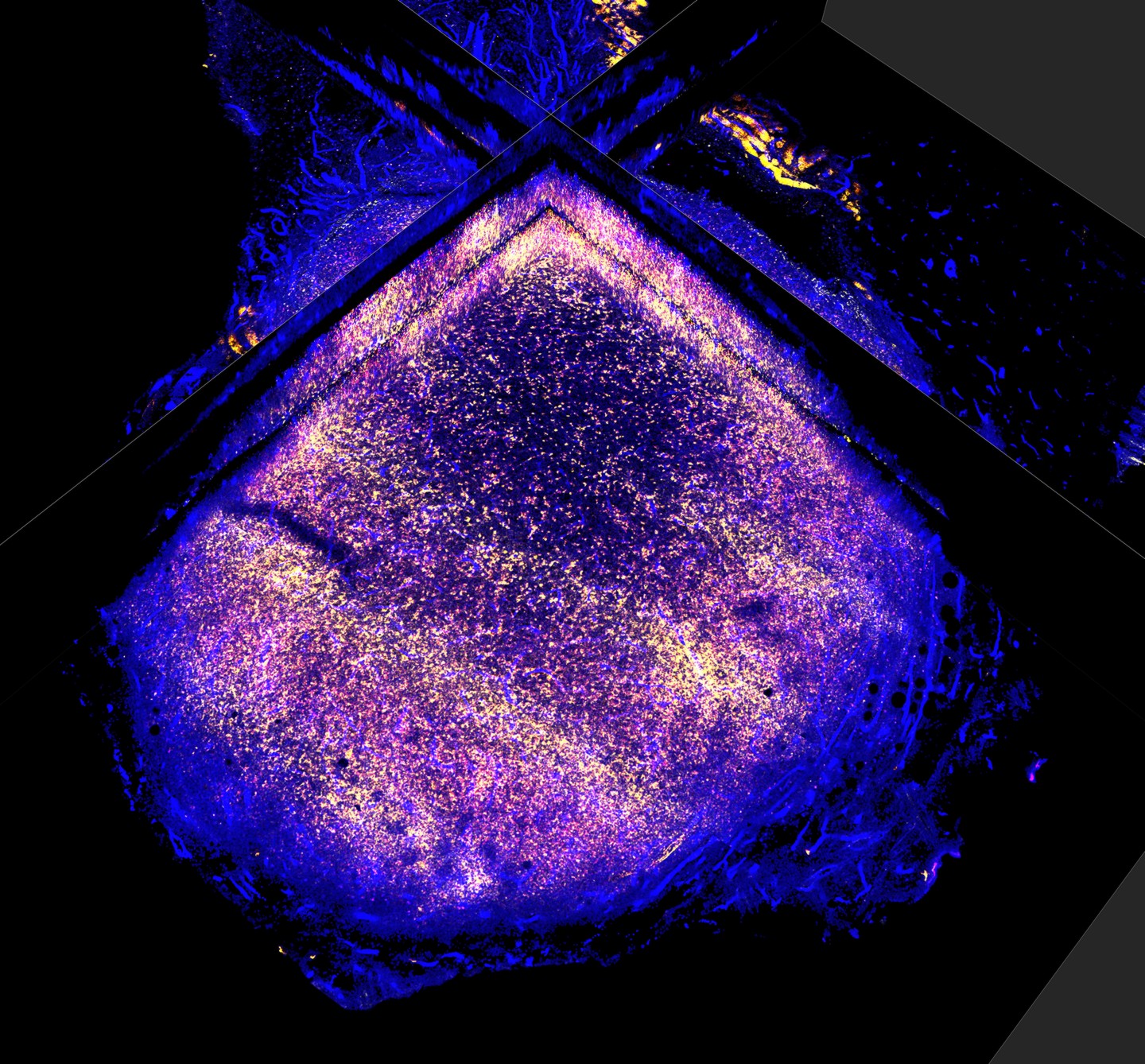 Twenty years ago, James Allison, an immunologist at MD Anderson Cancer Center, was the first to develop an antibody in a class of immunotherapy called checkpoint inhibitors. These treatments release the immune system inhibition induced by a tumour. The drug he developed, Yervoy, received regulatory approval for the treatment of metastatic skin cancer in the US in 2011. By last year, Yervoy and two newer medications had reached 100,000 patients, and brought in $6 billion a year in sales.

One of those receptors is called CTLA-4. Allison and his colleagues blocked this receptor on T-cells with an antibody, and discovered that T-cells devoured cancer cells in mice. Since then, other checkpoint inhibitors have been developed and commercialised to block a T-cell receptor called PD-1 or its ligand PD-L1, present on some normal cells as well as cancer cells.

In the US, PD-1 and PD-LI inhibitors have been approved to treat some types of lung cancer, kidney cancer, and Hodgkin’s lymphoma. And the types of potentially treatable cancers are growing: Currently, more than 100 active or recruiting US clinical trials are testing checkpoint inhibitors to treat bladder cancer, liver cancer, and pancreatic cancer, among others.

Another type of cancer immunotherapy, called CAR-T, supercharges the ability of T-cells to target cancer cells circulating in the blood. In August, the first CAR-T treatment was approved in the US for children with aggressive leukaemia, and regulatory approval for a treatment for adults came in October.

To produce CAR T-cells, doctors send a patient’s blood to a lab where technicians isolate T-cells and engineer them to produce chimeric antigen receptors, or CARs. These CARs contain two fused parts: an antibody that protrudes from the surface of a T-cell to recognise a protein on cancerous B-cells (commonly CD-19) in the blood and a receptor inside the T-cell that sends messages to cellular machinery. When the antibody binds to a tumour cell, it activates the internal receptor, triggering the CAR T-cell to attack the attached cancer cell.

In clinical trials, some patients treated with CAR T-cells for aggressive leukaemia went into remission when other treatments had failed. But several high-profile trials had to be suspended because of autoimmune and neurological side effects, some leading to patient deaths.

To improve the safety of CAR-T treatment, researchers are now engineering “suicide switches” into the cells, genetically encoded cell surface receptors that trigger the cell to die when a small molecule drug binds them. If doctors see a patient experiencing side effects, they can prescribe the small molecule drug and induce cell death within 30 minutes.

Other safety strategies include improving the specificity of CAR T-cells for tumour cells because healthy cells also carry CD-19 receptors. To improve CAR-T tumour recognition, some researchers are adding a second CAR, so that the engineered cell has to recognise two antigens before mounting an attack. 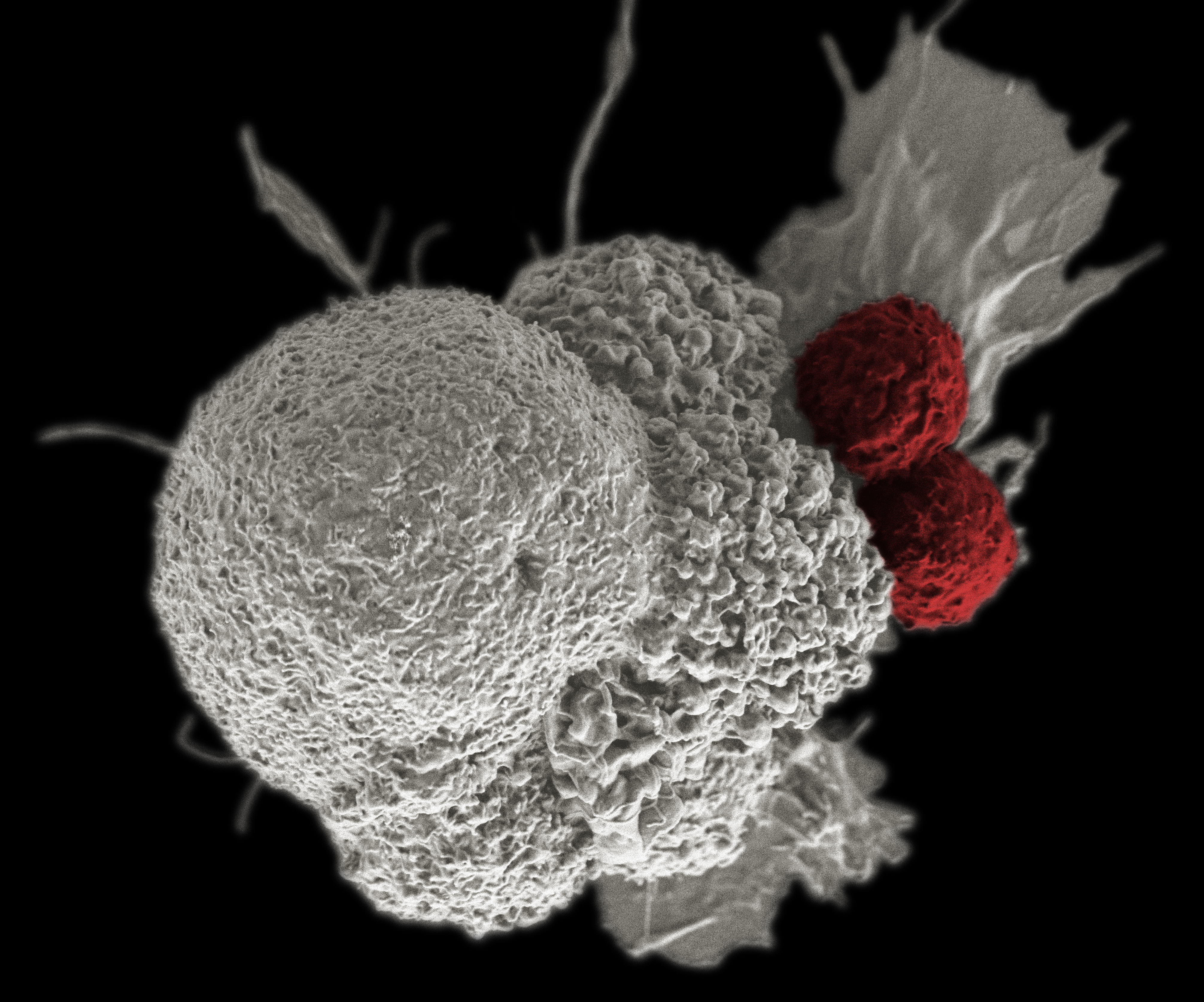 A third type of immunotherapy aims to target mutated proteins that are a hallmark of cancer. Cancer cells display portions of these mutated proteins, called neoantigens, on their surface. Researchers are studying how to use tumour-specific neoantigens in vaccines to help the body mount an immune response targeted at the cancer.

Results from two recent small clinical trials for patients with advanced melanoma suggest that neoantigen vaccines can stop the cancer from growing, or in some cases, shrink the tumours with few reported side effects. But it’s too early in clinical development to know if the vaccines will extend the lives of cancer patients.

There are two steps to making a neoantigen vaccine: first, identify mutated proteins unique to most of a patient’s cancer cells and second, identify portions of those proteins that could most effectively stimulate an immune response.

To identify mutated proteins, researchers sequence the genome of cancer cells and compare it to the sequence in healthy cells. Next, they identify which mutations lead to the production of altered proteins. Finally, they use computer models or cellular tests to identify the portions of proteins that could be the most effective neoantigen.

This last step of predicting neoantigenicity is the most challenging part of developing a new neoantigen vaccine. Lab experiments to confirm the activity of multiple neoantigens are time consuming, and current computer models to predict antigenicity can be inaccurate due to low validation.

A few principles of cancer biology also make developing neoantigens for long-lasting treatment difficult. Some cancers may have too many mutations to test as potential neoantigens. Cancer cells also continue to mutate as tumours grow, and some cells may not display the neoantigens chosen for a vaccine. Finally, cancer cells may naturally stop displaying antigens on their surface, as part of their strategy for evading an immune response.

However, identifying neoantigens can still be useful as cancer biomarkers. Or if used in a vaccine, they may be most effective in combination with other drugs: a few patients in the small clinical trials whose cancer relapsed after the trials responded to treatment with a checkpoint inhibitor.

Cancer has been a common topic in Nobel Laureates’ lectures at many Lindau Meetings. Learn more about these lectures, as well as Nobel Prize winning research related to cancer, in the Mediatheque.