Improving Science to Benefit All...
Back

A Nobel Prize recognises scientific discoveries that leave a legacy in their field and beyond. At the 68th Lindau Nobel Laureate Meeting, Elizabeth Blackburn and Martin Chalfie discussed ways to improve the legacy of science in general so that the field can benefit all of humanity. They shared experiences from their own training, independent research, and lab groups that demonstrate a new way to share data widely, increase inclusivity among scientists, and connect their work to new audiences.

Building on some of his talk from last year’s meeting, Chalfie encouraged young scientists to publish their work as preprints in addition to submitting it to traditional print journals. Preprints make scientific results accessible to everyone, including high school students and scientists working at institutions without subscriptions to expensive journals. They also offer an opportunity for authors to improve their manuscripts. Colleagues reading a preprint can send comments and additional reviews to an author that focus only on the science in the paper, without assessing its worthiness for a particular journal.

Chalfie has now switched his group’s biweekly journal club to focus specifically on preprints, an idea he borrowed from Francis Collins. Here’s how it works: A student selects a preprint and shares it with the rest of the group. Often, the work is only a couple of weeks old, compared to research reported in published papers that may be at least a year old. And there’s no shortage of material. “We always find papers relevant to our work,” he says.

The group discusses the paper; then the student leading the discussion collects the group’s comments and sends them to the author. Murmurs of approval and appreciation rumbled through the hundreds of young scientists gathered around the stage – the same response that Chalfie says his lab receives from authors.

Preprint journal clubs promote data sharing and a sense of community through communication, he says. Chalfie encouraged the young scientists to review his group’s latest paper on bioRxiv, share their comments with him, and then start preprint journal clubs in their labs when they return home. 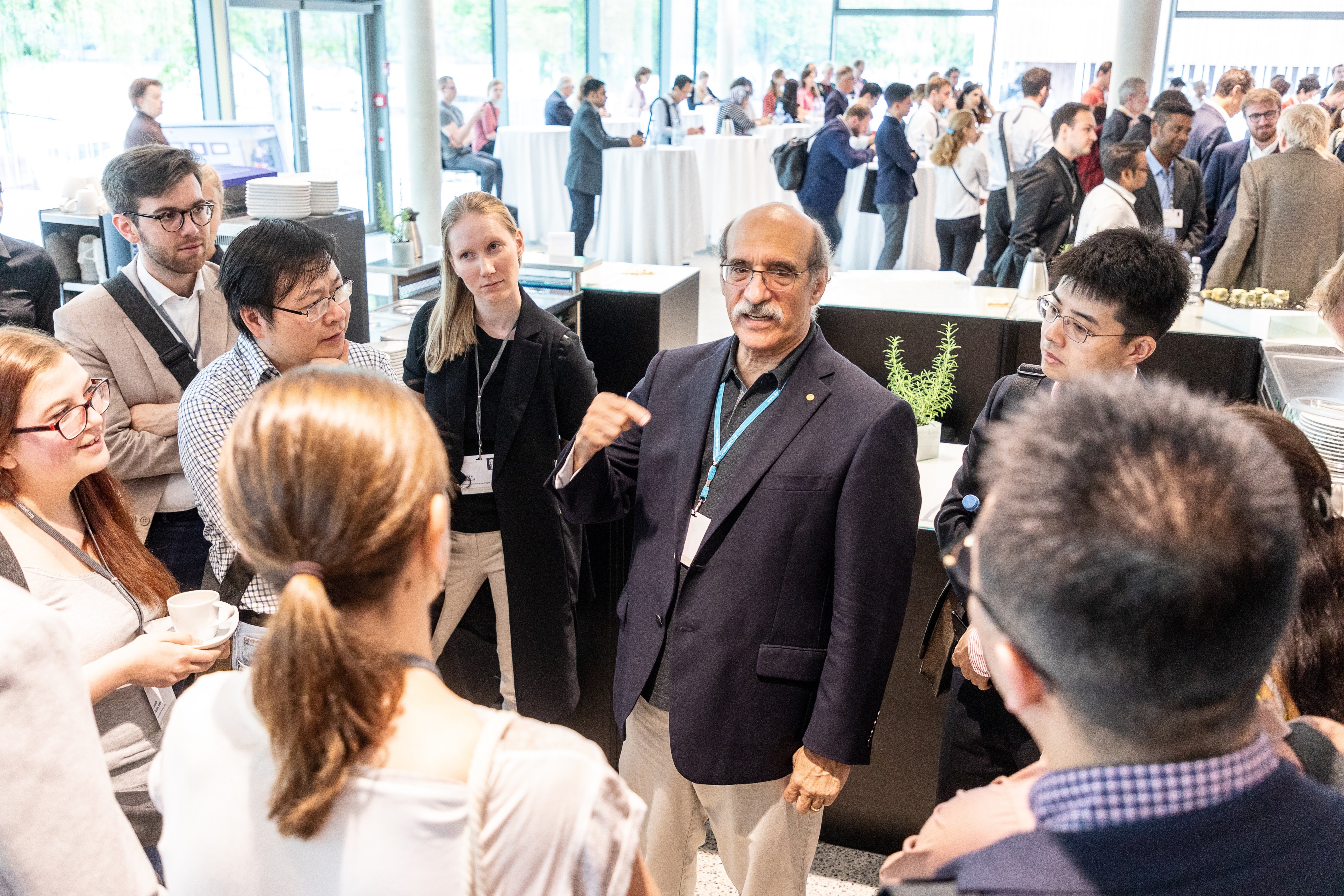 Drawing on the whole of humanity

During her portion of the shared discussion, Blackburn explored the gender gap in science. She mentioned a recent report about sexual harassment in academia, published by the National Academies of Science, Engineering and Medicine. One finding most surprised Blackburn: the most common form of harassment in academia are degrading jokes and comments that made women feel excluded. The report also found that harassment can hurt women’s careers and dampen their contribution to science. The cumulative effects of sexual harassment also lead to a loss of talent in science, math and engineering, she adds.

There are ways that institutions can foster an environment of equality. During their training, Blackburn and Chalfie each worked at the Laboratory of Molecular Biology (LMB), in Cambridge, United Kingdom. This institute was the centre of modern molecular biology research in the 1950s and 1960s that revealed the structure and sequence of proteins and nucleic acids, and the focus of research there has since expanded to include immunology, genetics and neurological development. Thirteen in-house scientists became Nobel Laureates during their careers.

Blackburn appreciated that the institute had no hierarchy. The stockroom manager knew group leaders by their first names, and she argued science with top molecular biologists, such as Francis Crick and Sydney Brenner, during lunch. “The magic there was all about science, and no one was a big boss,” she says. “I encourage you to try to recreate this environment in your own labs.”

For Chalfie, the open environment at LMB fed back into a desire to be included in that environment. He says: “Because I enjoyed the excitement and enthusiasm about science there, I also wanted to contribute to it.”

Doing good science for the good of humanity

In a breathless talk during the opening ceremony, Blackburn encouraged the 600 young scientists attending the meeting to work on problems of global importance that address humanity’s greatest challenges, such as pollution, refugees and economic decline, the climate crisis. While these issues may seem daunting, she looks to a quote from Marie Curie for inspiration: Nothing in life is to be feared. It is only to be understood.

For Blackburn, scientific knowledge through curiosity-drive basic research is the key to understanding. Her basic research into the molecular mechanisms of aging in pond scum carried her into the ways social policies can decrease the number of years we live healthy lives. She discovered an enzyme that repairs telomeres, the repetitive sequences of DNA at the end of each chromosome that protect precious genetic information from being lost when cells divide. Telomeres naturally shorten as we age, and research has shown that faster telomere shortening contributes to heart disease, some cancers, and dementias – diseases that frequently reduce our quality of life as we age.

Genetics, epidemiology and social science research has also shown that social situations such as abuse, pollution, poor diet, chronic stress and low education also speed telomere shortening. Blackburn co-authored a popular science book published at the beginning of this year, called The Telomere Effect. It combines the science of telomere repair with research-based recommendations for lifestyle and social changes to improve health span.

One key to doing science for the global good, Blackburn says, is communicating research widely. “Scientists should not be modest regarding their power to educate and provide information relevant to issues with global impact,” she adds.

She also acknowledges that tackling large social issues can be challenging, but there are specific actions that everyone can take: “Resist the temptation to feel overwhelmed. Listen, read, learn, vote – do something. Everyone counts.”

The #LINO18 Agora Talk with Elizabeth Blackburn and Martin Chalfie