Hell Lab Ultrafast
Back
The research team headed by Stefan Hell at the German Cancer Research Center has achieved another milestone in the field of high-resolution STED nanoscopy: The laser focus now moves 4,000 times faster than before. 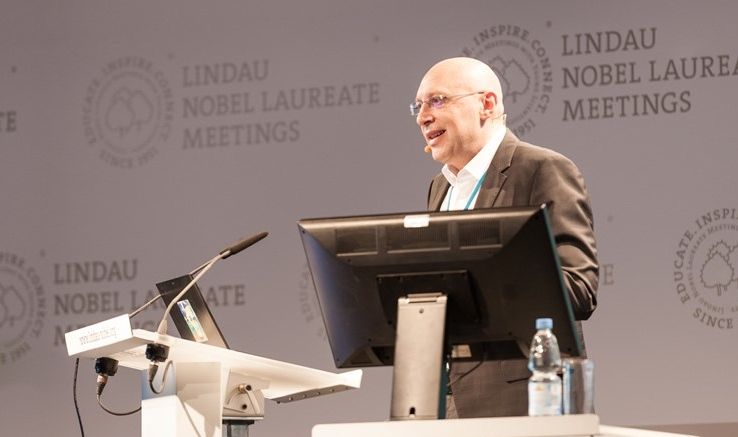 Stefan Hell was awarded last year’s Nobel Prize in Chemistry for the development of super-resolved fluorescence microscopy. The other two Laureates were the US scientists William E. Moerner and Eric Betzig. All three Laureates held lectures about their current and past research at this year’s Lindau Nobel Laureate Meeting. Hell is credited with having made tremendous improvements in the spatial resolution of nanoscopic images. To this end, he and his team developed the STED (Stimulated Emission Depletion) microscope, which can circumvent the Abbe resolution limit to resolve ultrafine details with a wealth of structural information. After improving spatial resolution, the next logical step was to stretch the temporal resolution to its limits. The greatest challenge was to achieve precise spatial resolution while at the same time recording random motions. If an object takes too long to visualize, the resulting image will be blurred. What is needed is therefore a means to capture a series of images. According to an article that recently appeared in Nature Methods, the Hell Lab appears to have achieved just that. 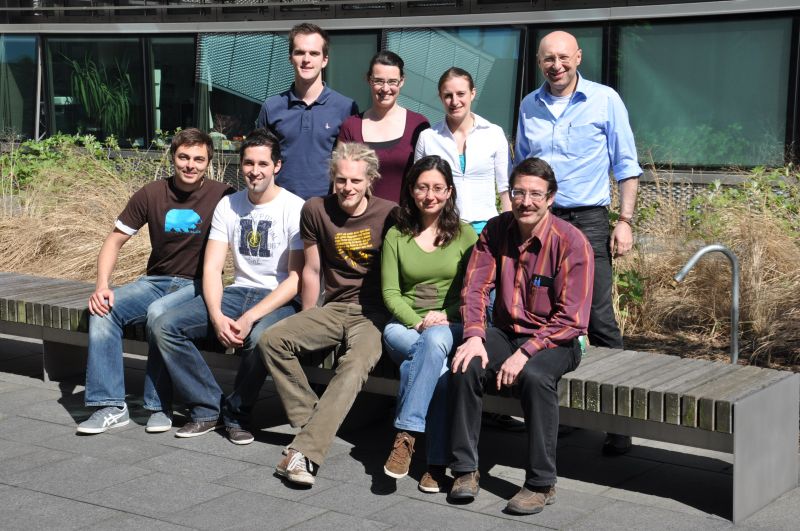 The ‘Stefan Hell-Lab’ members. Jale Schneider (in front, second from right) and her mentor, Johann Engelhardt (in front, first from right), Copyright: DKFZ

Jale Schneider achieves a technical breakthrough Jale Schneider, a trained engineer and first author of the publication, developed a new technical method during her doctoral thesis that can scan samples with a laser beam at hitherto unknown speeds and produce high-resolution images of dynamic processes. Jale Schneider, born in 1981, studied electrical engineering and computer science at RWTH Aachen University, where she concentrated on medical technology. Since 2008 she has been working in the Optical Nanoscopy Group at the German Cancer Research Center Heidelberg (DKFZ). At the heart of her work is a scanner system consisting of three elements, in her own words: “a rapid beam deflector, an ultrafast detection unit and a control and FPGA (Field Programmable Gate Array)-based data processing system.” As a result, the Hell Lab for Optical Nanoscopy has produced the fastest nanoscopy method in the world. A high level of temporal resolution is needed whenever processes take place so rapidly that they can only be observed in detail with the help of a whole series of images. The method can be used, for example, to visualize transport processes in living cells, or in viruses probing the surface of a cell before entering it. In fact, the lab, in cooperation with Heidelberg University Hospital and the Freie Universität Berlin, succeeded in visualizing the movements of vesicles in fly larvae nerve cells. Images have also been captured of AIDS viral particles before and while penetrating a cell. The STED technique is being developed for medical use and is geared towards medical applications. The fact that the Optical Nanoscopy Department is located directly in the German Cancer Research Center is of mutual benefit. Incidentally, the German Cancer Research Center was so thrilled by Stefan Hell’s Nobel Prize that the institution held a major celebration in October last year at which Dr. Hell was honoured with the establishment of a Junior Research Group that carries his name. We’re looking forward to their findings!   Slider: Stefan Hell with Young Scientist, Copyright LNLM