On Monday morning, the opening panel discussion of the Online Science Days 2020 focused on a topic that remains at the forefront of everyone’s minds: COVID-19. As the pandemic continues its relentless spread in all corners of the world, scientists in virology, medicine, epidemiology and other fields are doing their part to contribute to a better understanding of the disease. The virtual debate took a bird’s eye view of the role of science during such times of crisis, which includes the shaping of policy decisions in addition to traditional research duties like vaccine and drug development.

“The various recommendations that are made to politicians – shutting down, social distancing, and all the rest of it – have big economic consequences,” said panelist and Nobel Laureate Peter C. Doherty. “When the real world, as they like to think of themselves, focuses on what science is doing and saying, many elements become politicized, quite surprisingly, and we realize that politics pervades almost everything.”

Bridging the Gap Between Scientists and the Public

The panel included three Nobel Laureates – Doherty, Michael Levitt and Saul Perlmutter – and two young scientists. Doherty received the 1996 Nobel Prize in Physiology or Medicine for work on cell-mediated immune defense, while Levitt was awarded the 2013 Nobel Prize in Chemistry for breakthroughs in the modeling of complex chemical systems. Perlmutter discovered the accelerating expansion of the universe and in 2011 became a Nobel Laureate in Physics as a result.

A recurring topic of conversation was the misconceptions held by many non-scientists about how the scientific process works. Perlmutter, who teaches a critical thinking course at the University of California, Berkeley, believes that sharing the reality of scientific discovery with the public will help bridge the gap between scientists and non-scientists.

“If we were able to teach a generation of students this style of approaching the world, I think they would do much better when they were faced with these complex periods of uncertainty,” said Perlmutter. “You have to take in that science is an iterative process, that it’s a group process, that it gets some things wrong, and then it tries to correct. And that’s where all of our strength comes from.”

Young scientist Enrique Lin Shiao, a postdoctoral researcher working on the genome editing tool CRISPR at the University of California, Berkeley, chimed in with his perspective from the USA, where public distrust of science in some regions is worryingly high. He feels that it comes from a place of confusion, as people are being bombarded with contradicting pieces of information from sources both trustworthy and unreliable.

“In the USA, we have way fewer women, Latinos, and black people in science. When these populations are the most affected in times of crisis, we really need them to be at the table doing the science, communicating with their communities, and making decisions so the concerns and voices of their communities can be heard,” he said.

Scientific Collaboration During a Crisis

Another issue covered by the panel was how the COVID-19 pandemic has simultaneously uncovered considerable strengths and deficiencies in scientific collaboration. Levitt, a data scientist who has been studying COVID-19 time trajectories, harshly criticized some of the world’s leading scientific organisations for not taking the lead on creating a committee that would pool together resources to swiftly combat the disease.

“Deciding what to do in this situation is really, really difficult. We cannot rely on one or two voices. There should have been a committee formed – either by the Nobel Foundation, Lindau, the Royal Society, or the National Academy – in the middle of February when this was coming down the road. And we should have discussed this,” said Levitt. “Instead, we let economics and politics dictate the science.” 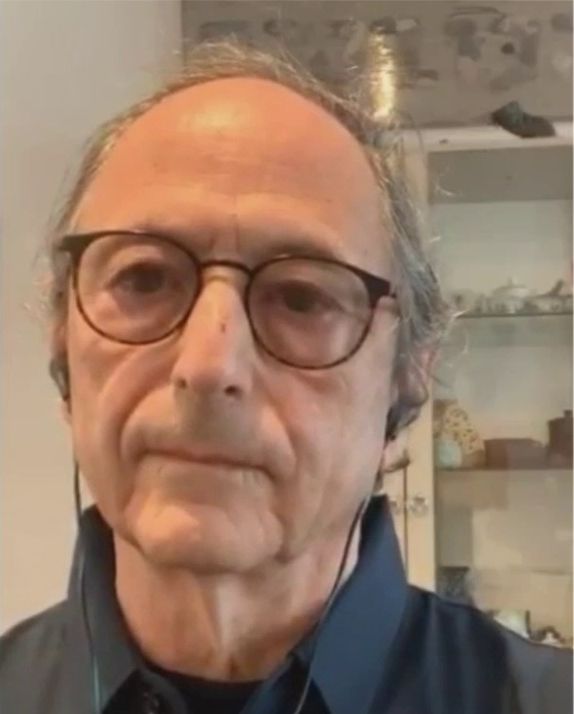 Michael Levitt expressed his criticism against the reaction of science in the beginning of the pandemic.

He expressed monumental disappointment in his peers, “very, very prominent scientists” who he claims rejected his analyses of COVID-19 and became corrupted by politics. Levitt also had disparaging words for the epidemiologists who worked closely with policymakers and came to conclusions that he believes were highly exaggerated.

“We should never have listened to the epidemiologists. They have caused hundreds of billions of dollars’ worth of suffering and damage, mainly on the younger generation,” he said. “This is going to be a tragedy that’s going to make 9/11 look like a baby story. This is much, much worse.”

Young scientist Alice Fletcher-Etherington, a Ph.D. student from the University of Cambridge working in molecular virology, brought up the fact that the U.K.’s government has been criticized for relying too much on the word of epidemiologists. The Scientific Advisory Group for Emergencies (Sage) makes recommendations to the government during crises like COVID-19. However, the group consists of mostly epidemiologists and clinicians with no public health policy experts and very few immunologists or virologists.

“The minutes from the meetings of this Sage group have only just been released, so that’s another problem of transparency, but you can see from those minutes that the lack of expertise within that group has really affected their decision-making and has probably had quite a big impact on the UK response,” said Fletcher-Etherington.

As a point of contrast, Doherty described the situation in Australia, whose government listened to the advice of epidemiologists and went into lockdown. He believes the death toll would have been much worse – 14,000 deaths instead of only around 100 – if policymakers hadn’t paid attention to the models.

Regardless of whether the work of epidemiologists have merit, he can only really speak from his perspective as a laboratory scientist working to solve the problem by developing better treatments and vaccines. In that arena, the Nobel Laureate has witnessed supercharged science happen at never-before-seen levels of speed and collaboration.

“I think science has been working the way it’s supposed to work, and it’s been working extremely well. People are listening to the scientists and taking notice, and there’s much greater interest than we’ve seen for years. We’ve got the politicians listening and the population listening,” said Doherty. “Whether we’ll get a vaccine fast, I don’t know, but we’re doing our utmost, and nothing has moved as fast as this before.”