GMO. Rarely have three simple letters sparked so much debate, fear and frustration. They stand of course for “Genetically-Modified-Organism”. And these modifications can be achieved by a variety of gene editing or engineering techniques such as Zinc-finger nucleases, Transcription activator-like effector nucleases (TALEN) or the much debated CRISPR-Cas genome editing tool.

Given the heated public debate about these techniques it is not surprising then that the 68th Lindau Nobel Laureate Meeting dedicated two sessions to the topic: an Agora Talk by Sir Richard J. Roberts on Tuesday morning and a Science Breakfast hosted by the Lindau Nobel Laureate Meetings with introductory words given by Richard J. Roberts, Tim Hunt and Peter Dabrock, Chairman of the German Ethics Council on Wednesday morning. 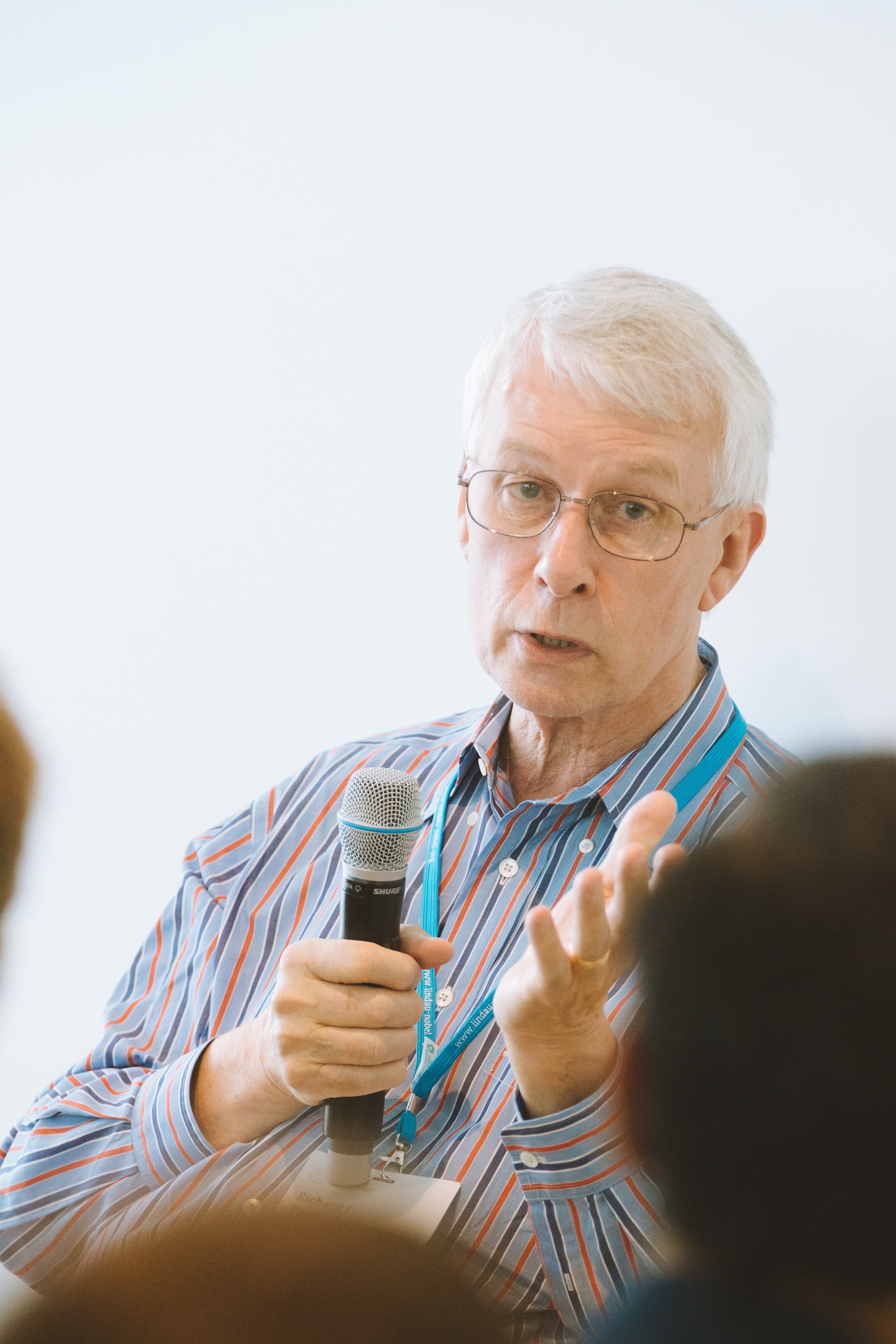 During his Agora talk, Roberts gave an impassionate speech in favour of GMOs, especially as they pertain to providing (nutritious) food to the poorer and developing countries of the globe. In fact, he is leading the charge of the initiative “Laureates Supporting Precision Agriculture” and has already gotten 133 Nobel Laureates to sign this petition. His Argument: “There are 800 million hungry people in the world, for them, food is like medicine!” And in fact, he continues, taking a look at today’s crops and vegetables, “pretty much everything we eat today has already been genetically modified compared to the original plants.” Most of these plants have been selectively bred over many generations to increase both their yield as well as their resilience to inclement weather conditions or pests. But in contrast to the very targeted (precise) interventions of gene-editing tools, conventional breeding has to go through trial and error and a coincidental increase in yield is often linked to other, sometimes unwanted, changes in the physiology of the plant. Thus, modern gene-editing is more precise and much faster – so why is there no widespread use and application of it yet?

From a technical or scientific point of view, gene-editing tools are already very well-developed and functional, and while there is always room for improvement, these techniques are certainly well on their way. Substantially more difficult though is their public image. There is a lot of misinformation about GMO crops out there, and countless anti-GMO organisations as well as Greenpeace are feeding the uncertainty of the general public by spreading fear and scandalising gene-modified crops as well as the technique in general. Unfortunately, that public campaign against GMOs has halted the application of many life-saving inventions such as Golden Rice – a new source for beta-carotene, the precursor to the essential Vitamin A. Without it, embryos or children will develop severe impairments, which could easily be prevented by planting, harvesting and eating Vitamin-A-supplemented rice. However, although the science and techniques to cultivate Golden Rice have been available since the late 1990s, anti GMO campaigns and fears of the public have postponed its implementation, which only now becomes a reality, albeit slowly. In the meantime, millions of kids have suffered and died because of malnutrition.

Even though it goes against the very nature of scientists, Roberts points out that in such a heated debate, it is hard to convince people of the safety of the technique by simply rattling off scientific facts and figures. “Facts are important, but in order to convince people, we have to pull at their heartstrings and use emotions as well. Choosing not to eat GMO food, is a luxury of the west. Have a heart and consider the problems and poverty of the developing world.” 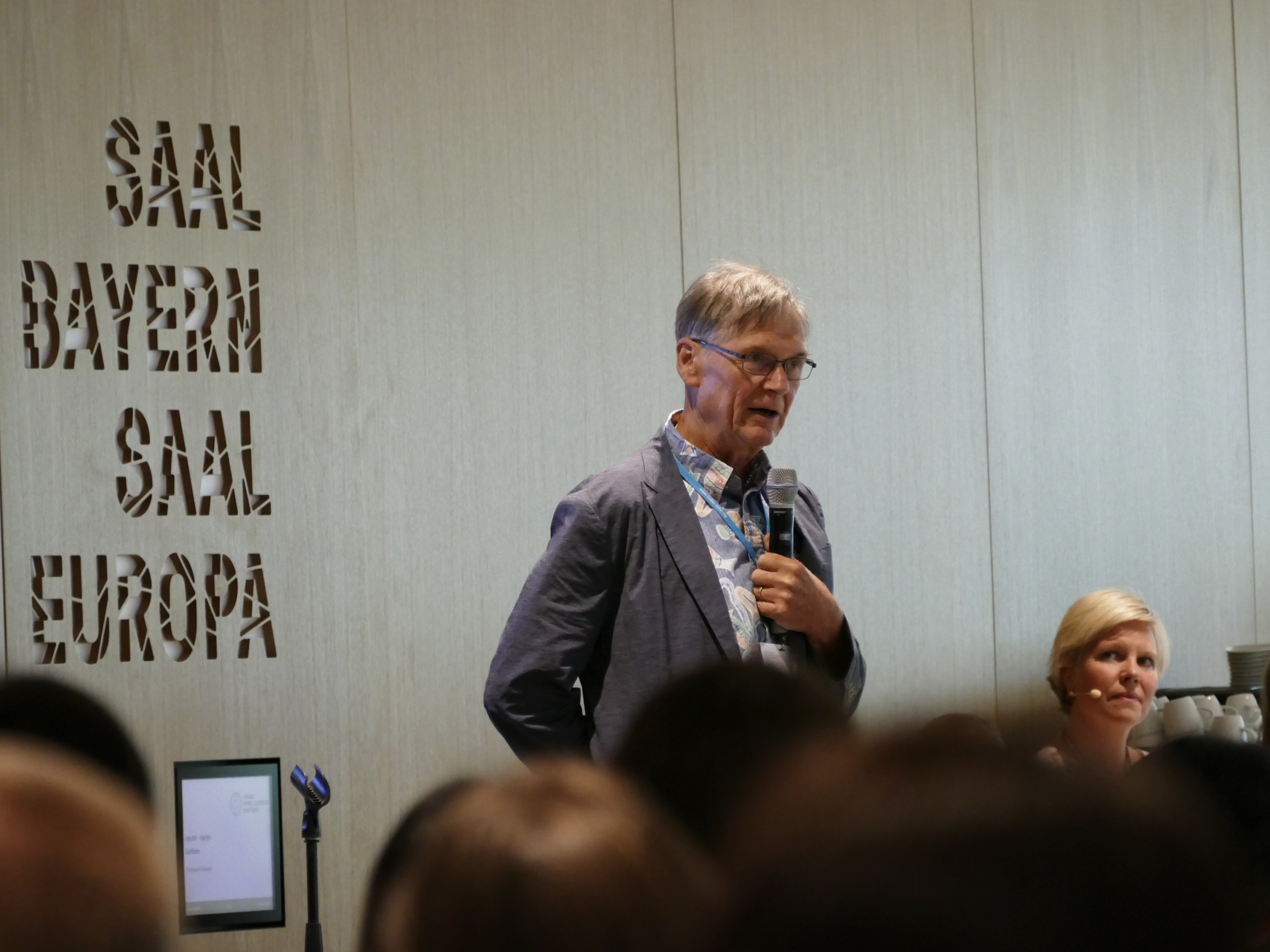 How to best communicate with the public about such a heated topic as GMOs was again raised during the breakfast session on Wednesday. In his introductory remarks, Sir Tim Hunt pointed out “In Biology, things are never just black and white, even the best techniques can cause mistakes sometimes – we need to make sure people understand that.” Peter Dabrock added: “Trust is the fundamental currency for science in society. Young scientists have a responsibility for future generations, and it is important to reach out to the public and build bridges!” Subsequently, the students were asked to discuss several aspects among themselves surrounding gene-editing with respect to medicine or agriculture and present some of their conclusions at the end of the session.

Interestingly, when asked whether genetically modified crops are a good strategy to solve global nutritional problems, the answer was a unanimous and resounding “Yes!” from the young scientists. Far more difficult were questions regarding the use of genome editing tools as treatments or preventative measures for human health care. Chelsea Cockburn, a future physician currently studying at Virginia Commonwealth University (BCU) strongly advocated for screening and potentially excising mutations that cause severe and debilitating diseases, such as Huntington’s disease and the underlying mutation in the huntingtin gene. But where to draw the line? Which diseases and mutations should be screened for with the option of excision and treatment? Brett Trost from the Toronto Hospital for Sick Children introduced the idea of an algorithm: “We need to define a disease burden that warrants genetic screening and subsequent genetic modification. An algorithm might calculate this based on the likelihood of developing a certain disease and on the basis of a certain genetic profile as well as disease severity or burden.” 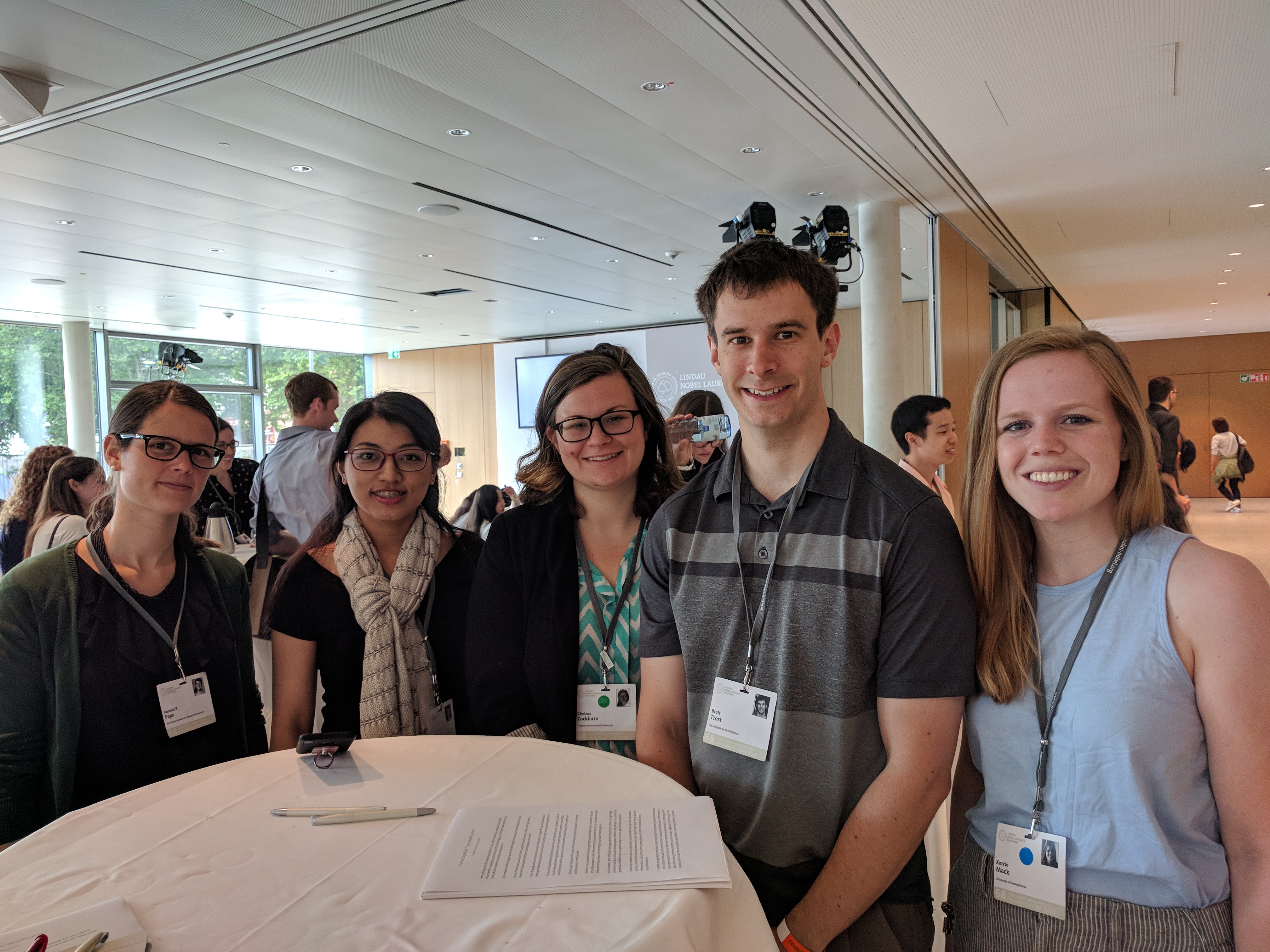 Such algorithms or clearly defined thresholds might help physicians in their decision-making process when or whether to use genome editing tools in their treatment. However, it does not help the general public to understand these tools any better. Jasmin K. Pape from the Max Planck Institute for Biophysical Chemistry in Germany pointed out that there is still a lot of misinformation in the public, which is difficult to combat. Yet, instead of starting there, perhaps first more conversations regarding the ethical consequences have to take place among the scientists themselves. Korrie Mack from the University of Pennsylvania agrees: “Scientists are usually ahead of the public when it comes to information, but we rarely take the time to reflect on our work and its greater implications.” Cockburn added: “To improve public debate and to get the public to trust physicians and scientists, we first have to learn how to communicate and make ourselves approachable, rather than talking down to patients or the public in general.”

These sentiments were also echoed by the final conclusions of the breakfast session: Scientists mustn’t get frustrated and give up trying to talk to people, instead, there is only one way forward to confront and counter the rapid misinformation concerning GMOs and the possibilities of genome editing for health care: Communicate. Communicate. Communicate.