Combating Misinformation with Excellent Science...
Back

Never before have we had so many tools at our disposal to communicate and disseminate facts. And yet, the current general political and societal climate feels very anti-science and anti-fact. Can science communication bridge the gap?

“It was the best of times, it was the worst of times,” – this infamous opening to “A Tale of Two Cities” by Charles Dickens in 1859 might as well have been the overarching theme of the Agora Talk by Peter Doherty at the 68th Lindau Nobel Laureate Meeting on June 25, 2018.

Doherty, born in 1940 in Australia, was awarded the Nobel Prize in Physiology or Medicine in 1996 together with Rolf Zinkernagel “for their discoveries concerning the specificity of the cell mediated immune defence”. Doherty freely admits that as a Nobel Laureate he has a built-in public platform and audience; however, instead of merely using this to further his research network, he has been actively supporting and pushing the communication of scientific advances to the public. He has written six “lay-books” by now and is a vocal supporter of ‘The Conversation’, an online platform that launched in Australia in 2011 and has since expanded to numerous sister sites across the globe. Since the online-interactions are carefully tracked for each article, the academic authors are provided with an objective metric how well their article was received and can use this in their CV as an example for their efforts regarding science communication.

The idea behind “The Conversation” is very straight forward: scientist write about their research topics, especially those aspects they feel are interesting to a general audience, and trained journalists make sure the language used is appropriate for a broad public audience. The problem: how do you get a non-academic audience interested and engaged in these topics?

Which brings us back to the “best of times and worst of times”: while there are countless possibilities to communicate, be it on Twitter, Youtube, or personal blogs, the sheer mass of information out there also leaves plenty of room for false information and “fake news” – to an extent where anyone could find the information that suits their point or opinion best. Much has been said about the “online information bubbles” or so-called “echo chambers”, especially as these platforms are used more and more as tools to influence and sway political elections. With 3.2 billion people having access to the world via a keyboard, what can scientists and science journalists do to make sure their articles break through the noise and not only reach an audience but also  – perhaps most importantly – to gain the trust of their readers? 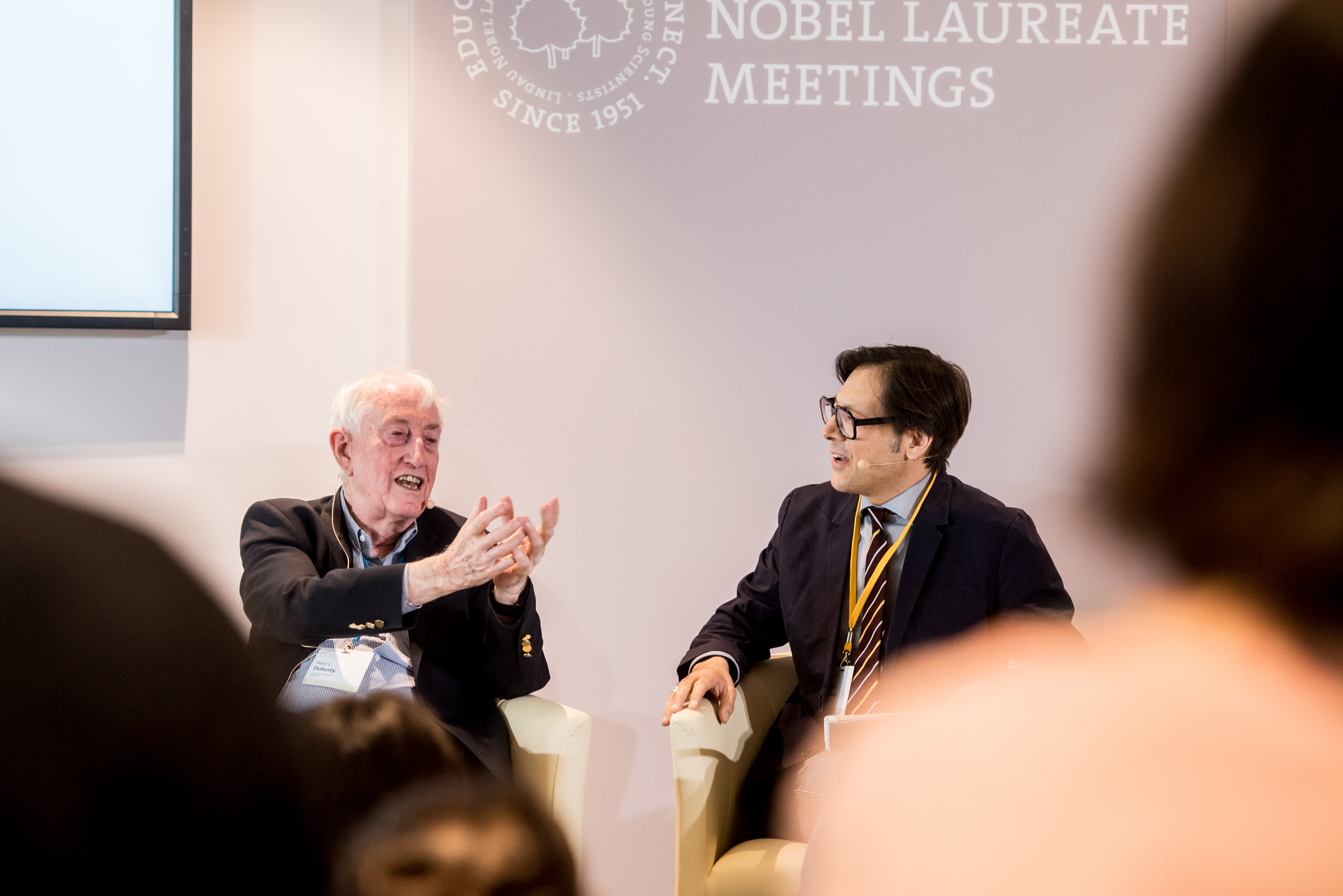 “First and foremost, as science communicators, we have to base our stories and articles on facts and hard evidence,” says Doherty. Followed closely by choosing the appropriate language. According to him, using the right language, however, is more than simply finding the right words: “We have to find a way to draw people in, intrigue and engage them!” Therefore, he continues, the best way would be not to tell them, but show them. Whenever possible, Doherty advocates for a visual representation of new discoveries, be it a small video or an enticing graphic.

Yet, moderator Zulfikar Abbany from Deutsche Welle, Germany, cautions, there are so many fantastic images out there, be it computer-generated or a particularly great and colourful photo taken with a fluorescent microscope, that there is a danger of overwhelming and subsequently losing the audience because they won’t look beyond the image. The best-case scenario then would be to provide an image that draws the audience in while simultaneously nudging them to read on.

A similarly hot-button issue was touched upon during the subsequent Q&A part of the Agora Talk: As more and more information and communication moves online, where the easiest measure of success is the number of clicks, the temptation to go for click-bait headlines is immense. “The problem is, if [according to the headlines] we cure cancer twice a year and Alzheimer’s disease every other month, the public becomes blasé and cynical about research in general,” Doherty sums up the main problem. A cynical audience, however, is all the more difficult to re-engage in the scientific process and to win their trust again. Therefore, science communicators must be mindful what their articles and especially their headlines promise the audience.

Nevertheless, even if scientists and science communicators in general always base their story on hard evidence and go for enticing but non-clickbait headlines, one major challenge remains: How to reach an audience beyond academics. How to engage someone who is simply not interested in science? As Doherty points out, attendees at a conference or a book reading are already interested in the topic and are open to learn new things – even the simple act of buying a newspaper is a choice for information. But what if someone doesn’t want to buy a newspaper? If scientists and journalists keep talking amongst themselves, at what point does the conversation become nothing more than an echo-chamber itself?

Unfortunately, there are no simple answers here. Of course, we can try to connect via examples that affect everyone: who wants to catch the flu, who wants to lose a loved-one to cancer? And outreach programmes, science slams, online communication platforms, podcasts and many more formats can all contribute to generate or spark interest in one topic or another. But once that spark emerges it then has to be carefully nurtured and fed nothing but the best science communication available in order to turn the spark into burning interest.

It is the worst of times, because the current political climate in many countries can feel despairingly anti-science and anti-facts and misinformation and fake facts lurk behind every corner of the internet.

And yet, it is the best of times, because never before have we had so many opportunities and possibilities at our disposal to communicate and spread evidence-based information across the globe with little more than a simple click of a button. Let’s use it (wisely).

The Agora Talk with Peter Doherty at #LINO18