The Ethical Dilemma of Improving...
Back

The term “Personalised Medicine” has become quite the buzzword over the recent years and the field has been advancing quickly. But does this mean we each get our own medication now? And at what cost?

I first heard the term „Personalised Medicine” at a seminar I attended five or six years ago, in the middle of my grad-school years. I was working at a psychiatric research institute and diseases like depression, anxiety or schizophrenia are notoriously hard to treat: some people respond well to the medication, others responded barely or not at all or even developed negative side-effects like loss of energy or weight-gain – both are of course absolutely counterproductive when trying to treat a severely depressed patient. Little did I know then that these individual responses to treatment are at the core of Personalised Medicine. Since then this approach to medicine has come a long way and was thus featured twice during this year’s 68th Lindau Nobel Laureate Meeting: Once during a panel discussion on Tuesday afternoon with Nobel Laureate Aaron Ciechanover and once more at an Agora Talk on Thursday morning, also by Aaron Ciechanover. He received his Nobel Prize in 2004 in Chemistry together with Avram Hershko and Irwin Rose for the discovery of the ubiquitin-mediated protein degradation. 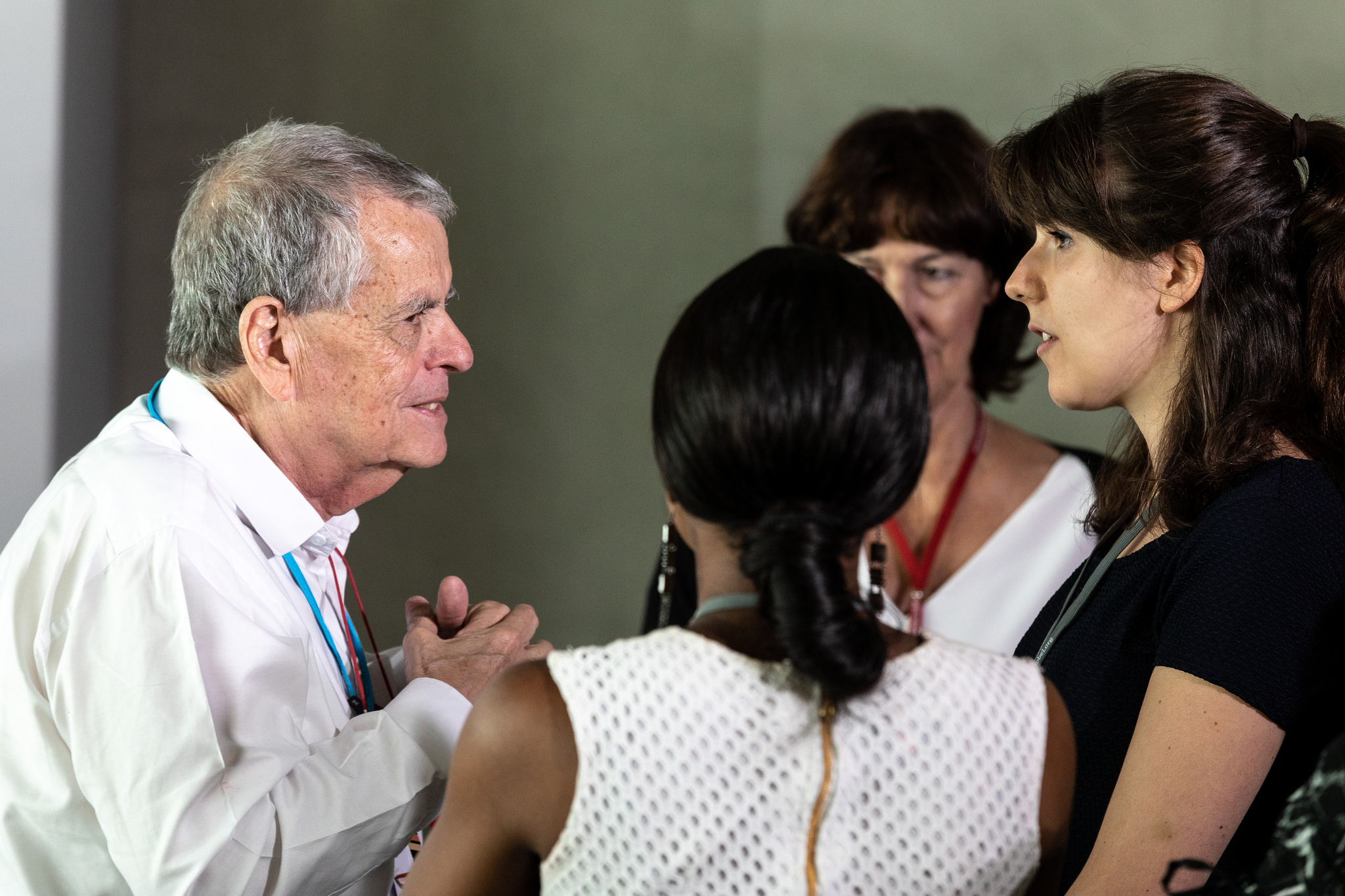 The concept behind Personalised Medicine is both simple and complex: We are all individuals, our genetic and epigenetic make-up as well as our experiences throughout our lifetime are utterly unique – why then should we all respond the same to one medication? Instead, we should receive individual, personalised treatment. However, with the world population nearing 8 billion people, this is impossible. What is possible though, is to look for certain genetic biomarkers, that have been linked to higher treatment efficacy for certain drugs and that occur in subgroups of patients. Such biomarkers could be the so-called SNPs or “single nucleotide polymorphisms”. Imagine your DNA as the alphabet full of different letters. Certain combinations of letters make up specific words (or proteins). Some letters could be slightly mixed within one word and we’d still be able to understand it. Similarly, if a base pair within the code of a protein is altered, the protein might still be functional overall, but slightly altered and thus responds differently to a certain treatment. Hence, if a genome is screened for these biomarkers, the physician could then prescribe a “personalised” medication that is more likely to successfully treat the ailment of the patient.

Not only can such a personalised treatment save a patient’s life, but it could also improve quality of life for cancer survivors, as Gintvile Valinciute from the German Cancer Research Institute points out during the Panel Discussion. At the same time, since physicians can now decide their treatment plan based on a sequence of base pairs, does that not in fact make medicine more technical rather than personal? Physicians will definitely need to receive special training or digital support in order to decipher the vast amounts of genomic data and also explain it to their patients. Additionally, Ciechanover pointed out: “Patients will have to play a proactive role in the decision-making process. They have to decide whether they want to be screened and how to deal with the results.” This goes of course both for SNPs or mutations that affect the efficacy of a given treatment, but also those biomarkers that put the patient at a higher risk of developing a certain disease, be it depression or certain types of cancer, later in life. 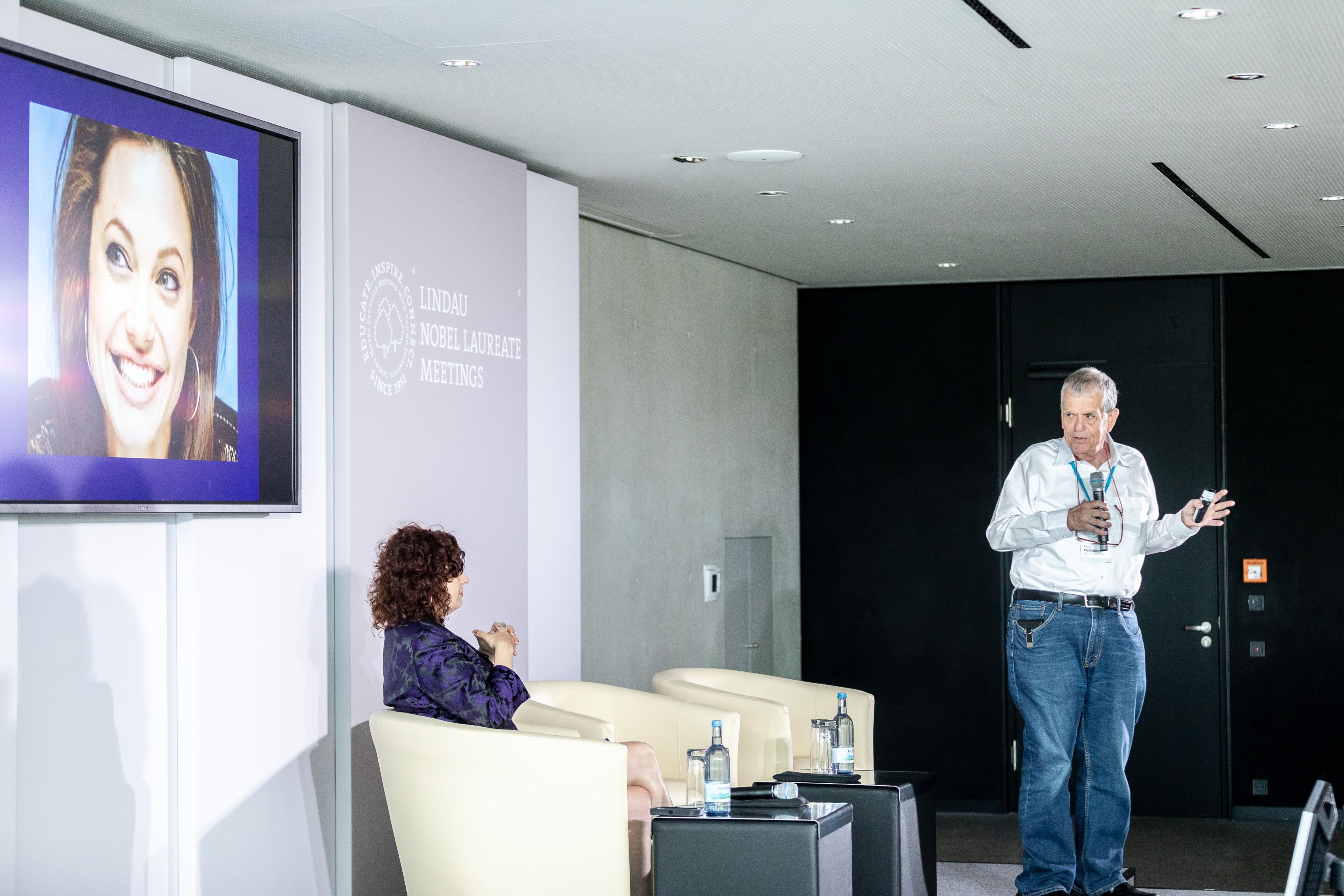 One of Ciechanover’s favorite examples is Angelina Jolie, who very publicly announced that she was carrying a gene mutation that put her at high risk for a very aggressive form of breast and ovarian cancer, therefore she decided to remove these organs. Yet, as was said in the beginning, we’re all unique, and not everyone who is carrying a genetic risk factor like this will or should decide the same way as Jolie did. Moreover, according to Ciechanover, there are now about 20 different types of breast cancers with varying underlying genetic markers. “Breast cancer is no longer one single disease with one treatment – it is merely an overarching name for ‘tumor in breast tissue.’”

During the panel discussion the question was also raised, which genetic traits should patients be screened for at all and whether physicians should tell their patients about every altered SNP that was found – even those that are most likely innocuous. Ruairi Robertson from the London School of Medicine explains: “If a genetic screen shows that someone has a 12% risk of developing a certain disease, physicians have to make the patients understand that this is actually a fairly low risk compared to other things that could happen throughout a life-time!” Erwin Böttinger, Professor for Digital Health and Personalized Medicine, added: “There is a list of about 57 genes, which patients should get screened and later told about. Moreover, a recent study showed that 70 to 80% of patients would like to know the results of their genetic screens, even if there were no cure, because at least they would get to plan their remaining time.”

Yet, will everyone be able to afford to screen their genome? And even if they can screen it, will they be  able to afford a potential treatment? And what will be done with the data, who will have access to it? Recently, a serial murder was identified in the US based on a DNA family tree website. While most of us are relieved that he has been caught, the question remains, did the FBI have the right to use that data? These questions will need to be addressed soon.

”Where are the limits of genome screening and data storage? Both are essential to the development of personalised medicine, but there are essential and huge ethical questions that we have to deal with,” says Ciechanover. “And what if tomorrow someone wants to screen for eye- and hair color? Personalised Medicine will change the face of medicine for the better. But it will come at a price.”