Photo series about Laureates and their discoveries 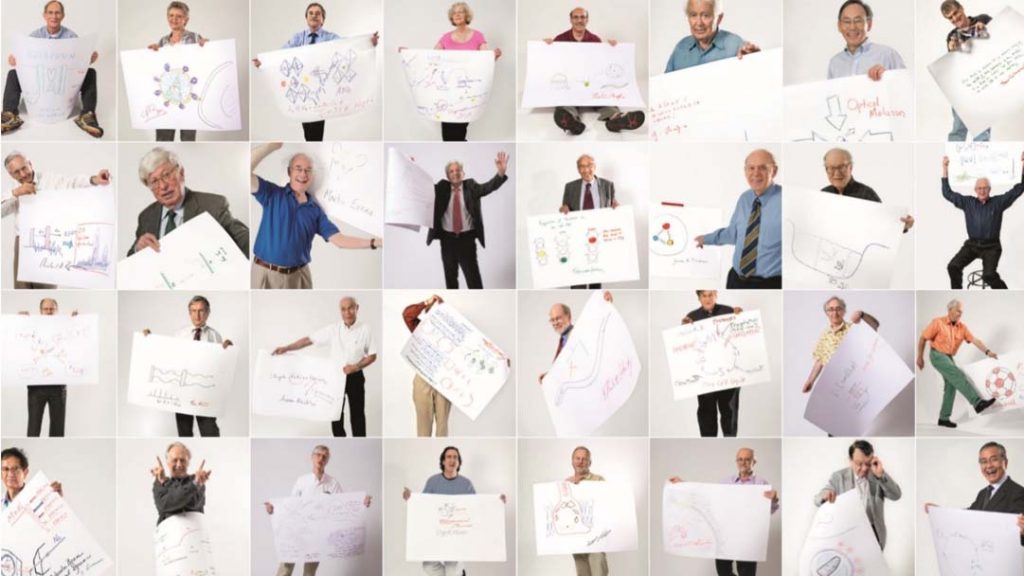 In Cooperation with the Nobel Prize Museum

The series “Sketches of Science” by science photo­grapher Volker Steger is dedicated not only to the Laureates but also to their discoveries: the Laureates were asked to put down their “inventions” on paper with crayons. The exhibition is a cooperative project of the Lindau Nobel Laureate Meetings and the Nobel Prize Museum in Stockholm.

The first edition of the art book was issued in 2012 together with an exhibition of about 40 photos of the series which was launched at the Nobel Prize Museum in Stockholm. About ten years later and after many exhibits in different countries, a new and much enlarged version of the art book was published, featuring 120 Nobel Laureates on 536 pages. It comes with accompanying texts by Adam Smith, Chief Scientific Officer of Nobel Prize Outreach AB, describing the diverse discoveries depicted. The new volume was presented during the opening ceremonies of both Lindau Meetings 2022.

Order the second edition from the Berliner Wissenschafts-Verlag 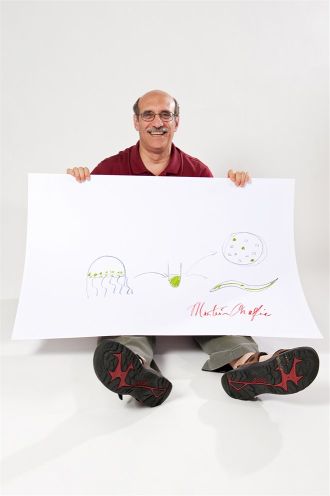 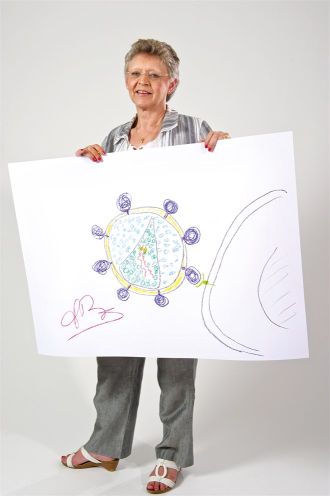 Francoise Barré-Sinoussi with a drawing of the HI virus. 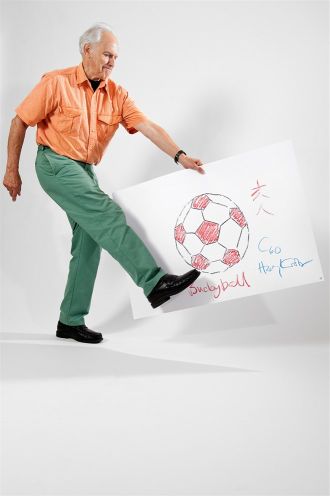 Sir Harold Kroto explains not only the structure but also frequently used applications of the C60 molecule he discovered, called the bucky ball.

Past Exhibition Venues (since 2012)