Our Place in the Universe:...
Back

Today, the Royal Swedish Academy of Sciences has awarded the Nobel Prize in Physics 2019 to James Peebles, Michel Mayor and Didier Queloz “for contributions to our understanding of the evolution of the universe and Earth’s place in the cosmos”. James Peebles receives one half of the Prize “for theoretical discoveries in physical cosmology”. The other half was jointly awarded to Michel Mayor and Didier Queloz “for the discovery of an exoplanet orbiting a solar-type star”. 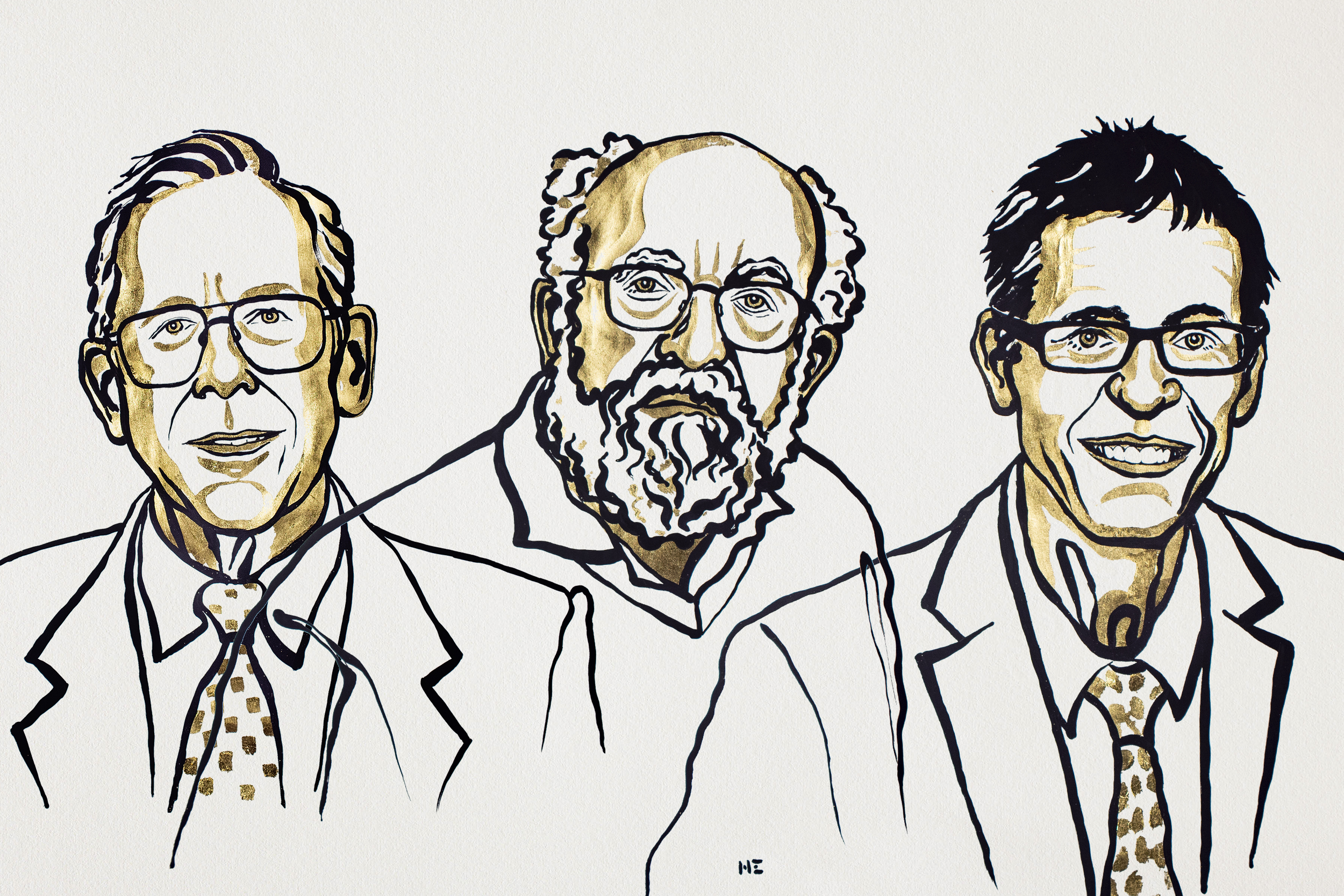 “James Peebles took on the cosmos, with its billions of galaxies and galaxy clusters. His theoretical frame-work, which he developed over two decades, starting in the mid-1960s, is the foundation of our modern understanding of the universe’s history, from the Big Bang to the present day. Peebles’ discoveries have led to insights about our cosmic surroundings, in which known matter comprises just five per cent of all the matter and energy contained in the universe. The remaining 95 per cent is hidden from us. This is a mystery and a challenge to modern physics.

Michel Mayor and Didier Queloz have explored our home galaxy, the Milky Way, looking for unknown worlds. In 1995, they made the very first discovery of a planet outside our solar system, an exoplanet, orbiting a solar-type star. Their discovery challenged our ideas about these strange worlds and led to a revolution in astronomy. The more than 4,000 known exoplanets are surprising in their richness of forms, as most of these planetary systems look nothing like our own, with the Sun and its planets. These discoveries have led researchers to develop new theories about the physical processes responsible for the birth of planets.”

Read more about the Nobel Prize in Physics 2019 here.