#LINO19 young scientist Natasha from Brazil is a PhD student at the University of Basel in Switzerland.

Natasha works with nanophotonics and quantum optics. Her project is based on the study of light-matter interaction based on a semiconductor Quantum Dot coupled to an optical microcavity. This system is very promising for several aspects: Natasha and her colleagues can design and manipulate the system to generate a coherent exchange of quanta of energy, they can create an efficient source of indistinguishable single-photons (that can be used for other cooler physics experiments or industrial applications, like quantum cryptography and computation), manipulate quantum states of matter and study quantum states of light. Enjoy the interview with Natasha and get inspired:

Somehow I was always a bit ‘ahead’ in school. I learned how to read and write at home, then at 2nd grade while we were supposed to be learning how to multiply and divide, I was already interested in learning about square roots and powers, and finally in high school, I was very soon interested in ‘special relativity’, while we were officially learning classical mechanics.
However, my dream as a kid was to become either a physicist or a journalist. I loved reading and writing, and I was interested in so many different topics, that I always thought that as a journalist I would be able to reach out deeply to these themes.
After I finished high school back at home, I went for a year exchange in Canada. Coincidentally, a far family member was also living there and I went to visit him. Then one night, during a dinner with his friends, someone asked about ‘relativity’, and even though I probably explained in a very wrong manner, this family member came to me and told me: “If you are questioning what you should study in college, I can tell you: there is no doubt you should pursue a bachelor in physics. I have never seen such a young person questioning nature and understanding some very deep concepts the way you do. I think you have great potential”.
This moment convinced me that this was the way to go, and that as a physicist I could still write about very interesting topics, and even with more understanding than I would have, if I had only become a journalist.

I think I couldn’t name a sole person that inspires me. Along my path, I have come across many brilliant and inspiring scientists. However, I tend to try to see good and bad in people, and never idolise them or put them on an altar of perfection. I try then to inspire myself in what I consider admirable, and avoid reproducing actions that I consider destructive. 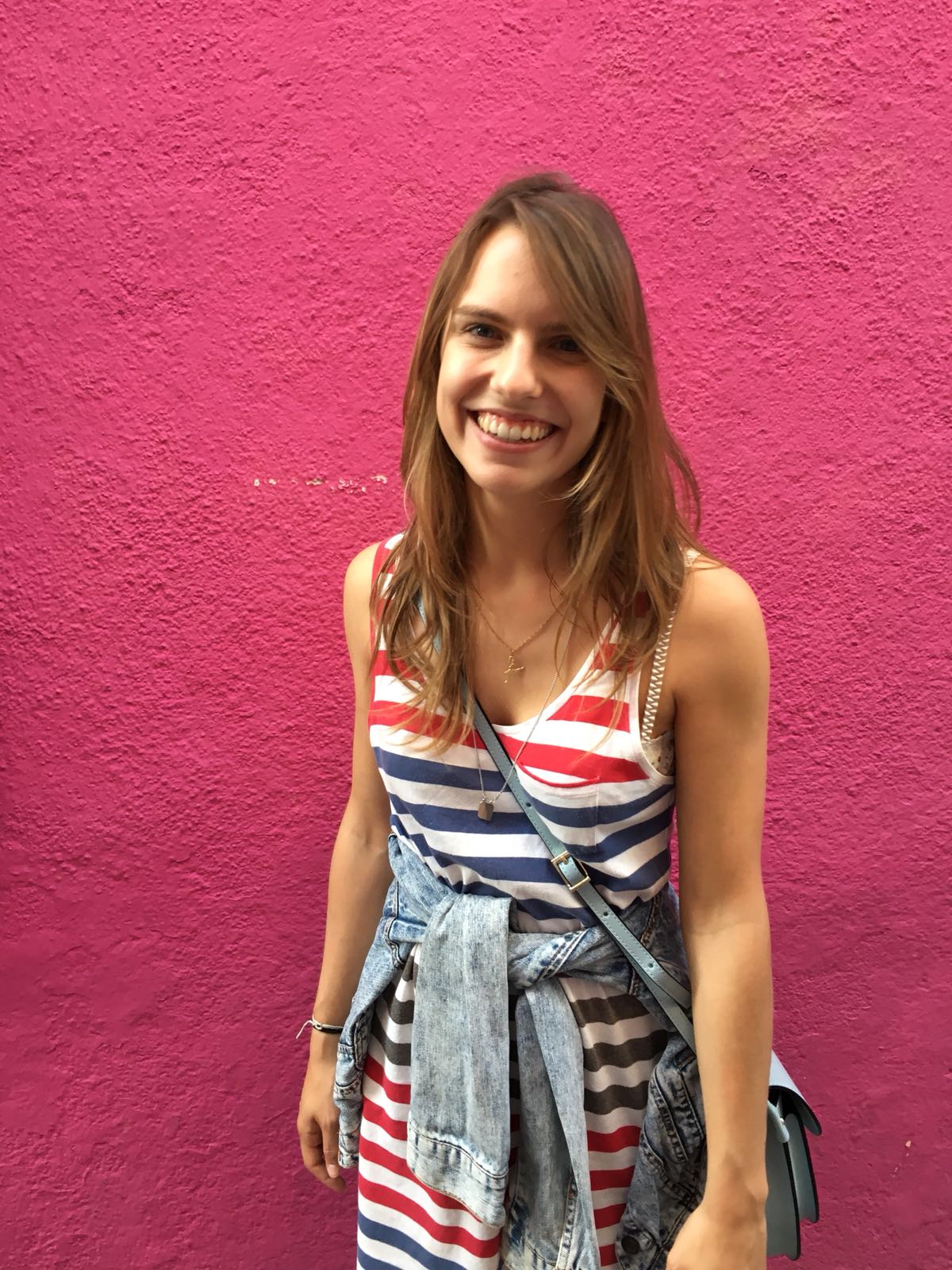 I love the project I’m currently working on because I learn something new every day. Somehow in my previous projects, there were a few challenging engineering problems, but my current work involves learning physics every day besides the engineering and usual instrumentation problem solving – that is truly cool.

It was definetly my Master’s thesis. I was able to perform a full project and write the thesis in only six months. The project included characterising different colour dyes for the fabrication of wide spectrum fitting optical phantoms that are used for calibrating medical devices based on optical technologies.
This work was especially beautiful for me not only because the project was based on physics and engineering. As we worked within the scope of a hospital I could also see the result of my work being applied to help people on a very short-time scale. This was very rewarding.

I’m not sure about which path I want to follow, whether to pursue an academic career or working in the industry.
What I do know is that I always want to do scientific work of high quality and one that I can believe in. It’s also important to me to see the result of my work paid back to society. On the one hand, I think it’s really beautiful to do basic research. On the other hand, I feel more rewarded when science is giving back something to humanity.
Besides that, for me the human side in science is very important. Of course I plan to be ‘successful’ and reach a high professional position (as most people do). But I really want to be a fair colleague, and admirable on the personal level as well, not just professionally.

I love travelling and taking pictures. So whenever I’m not doing research I’m travelling around the world. When I don’t have much time to do a long trip, I just like to go hiking in the mountains in Switzerland, or just go swimming in the Rhine River. Also, I love cooking for my friends and drinking wine, so that is also in my weekly schedule!

My advice is: you are capable, and if you have to fight harder to achieve your goals, it even makes you more capable.
In my home country, sexism is still underlying the basic culture. Therefore, I did struggle a bit when initiating my studies. Listening to sexist comments, going through isolation, having to constantly prove myself: all these things were definitely though, but when I look at the things I achieved compared to people that did not struggle, I realised I have come much further! I’m not saying that life shouldn’t be easy and that all the suffering was good, but those things did not stop me from fighting and doing my best.
And that is my advice for women out there: ignore the mean comments; surround yourself with good people, who believe in you; do your best and not what others think is good for you; and if you have to fight the system, do so! Take advantage of the waves in your favor and go where you want to go. The rest is the rest. 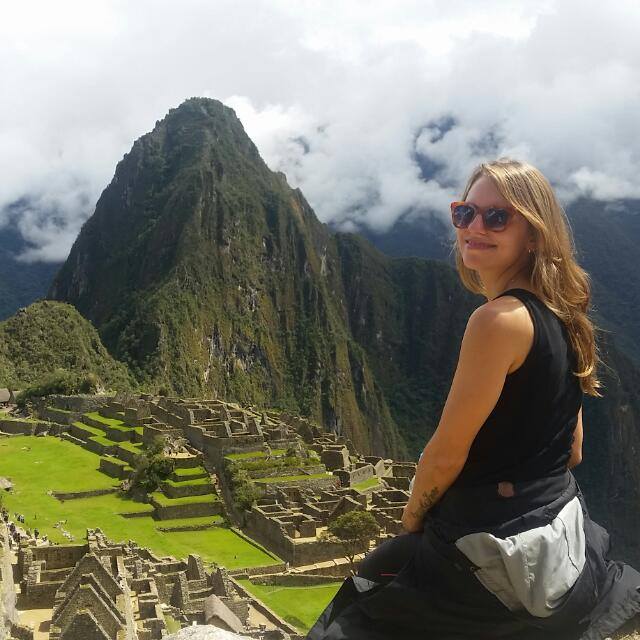 I believe that it is something that is already slowly happening: the combination of knowledge of genetic engineering (synthetic biology) with developments in artificial intelligence. I think there might be a breakthrough in the understanding of what is consciousness/intelligence, and how (if) we can mimic/generate a true ‘artificial’ intelligence. I’m sure there will be something in the interface between physics and life sciences that will open up a lot of new fields of study in both areas.

I think that there are two contributions to increasing the number of female scientists: one is within society in general, and the second within the academic environment.

The first one happens ‘naturally’ (it’s not really natural, as the evolution we have achieved demanded centuries of fights), as the culture evolves to a more feminist, less patriarchal society. This means in general women have access for the first time to environments that are (and have always been) meant for men. Also, we need to decouple the idea that raising children is mainly a female task which will give opportunities to women to work on an equal level to men.

The second, within academia, demands efforts from us (women in science), but also from our male peers. It’s a loop that is maybe easier to boost: children and young teenagers learn by model and example, the more women we have in science to look up to and be inspired by, the more young girls will see that as something natural and consider becoming a scientist as a plausible option. In the beginning (which we are currently at) our male peers still need to purposely give space, opportunity and maybe extra incentive (by quotas or other means) to women to join them in the scientific space. Soon, it will become natural to see women in these positions, and girls will have role models to look up to.

“Scream, so that one day, a hundred years from now, another sister will not have to dry her tears wondering where in history she lost her voice” (Jasmin Kaur).