Society Needs to Move On...
Back

This interview is part of a series of interviews of the “Women in Research” blog that features young female scientists participating in the 67th Lindau Nobel Laureate Meeting, to increase the visibility of women in research (more information for and about women in science by “Women in Research” on Facebook and Twitter). Enjoy the interview with Diana and get inspired. 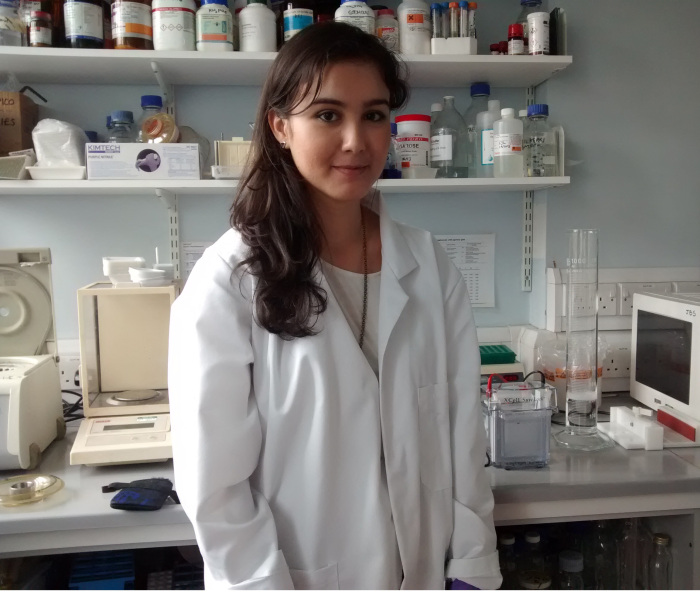 Diana Montes-Grajales, 28, from Colombia is a postdoctoral researcher at the Center of Genomics Sciences CCG-UNAM (Mexico). She works in the fields of drug design, evaluation of environmental pollutants and ecological genomics. Currently, she is involved in three main projects: the identification of molecules from the rhizosphere with potential for medical or agrochemical applications; the in silico drug repurposing for dengue and chikungunya treatment; and the evaluation of endocrine disruptors and emerging pollutants targeting breast cancer proteins.

Curiosity and scientific vocation! When I was at school I had a very inspiring professor of sciences, Ariel Acosta. He taught me the basics of biology and chemistry as a discovery process in the lab. We tested and interpreted the results by ourselves with a guide containing previously learned knowledge. This was more than 15 years ago in a public school in Colombia; I did not have access to computers at that time and my text books were not advanced enough to have all the explanations for all the experiments we conducted in the lab. This definitely sparked my curiosity and forced me to think like a scientist by the age of ten. I have had to decide between science and making more money or having stability so many times, but the answer was always the same: I am a scientist.

I admire more scientists and artists than I can list here. There is a broad range of people that have done amazing things to help us to live better and to interpret our world. However, I do not have role models because every person is unique, and I think having role models could be in a way frustrating. In addition, the matter of science is the novelty, and if you want to do something that has not been done before, probably imitation is not a good choice. So all that I do is trying to learn from others and my own experiences, put more effort in what I do and work hard to improve my skills.

My interest in science began in my childhood, inspired by the biology class at my school. I enjoyed so much to start thinking in the capability of small things to make a notable difference in biological systems, such as how the properties of the cell membranes are influenced by its chemical composition, and how the food chain is mainly supported by the photosynthesis reaction of plants and algae, which ultimately lead us to survive.

I have had to decide between science and making more money or having stability so many times, but the answer was always the same: I am a scientist.

My inclination for science increased during high-school, thanks to spectacular experiments in the chemistry laboratory – so many different thoughts on nature and behaviour of matter: the replacement of a metal by another in the reaction of iron and copper sulfate, the formation of a visible solid by the combination of two liquid solutions with the formation of a precipitate and the violent reaction of alkali metals with water were some of the things that impressed me in those days. Chemistry was then the career I wanted to follow and study at university, even though I also liked medicine. This was a difficult decision as many people adviced me to study health sciences, as my first option did not sound so profitable. Anyhow, I applied for chemistry in 2005, and I was accepted to the University of Cartagena (Colombia) with the best score in the admission exam. Studying chemistry was a great and challenging experience. In the first semester, I met Prof. Jesus Olivero-Verbel, the director of the Environmental and Computational Chemistry Group, who later became my mentor during my undergraduate and Ph.D. studies.

I was an outstanding student and I had a lot of international experiences. In 2010, I did a three month internship in the Drug Discovery Platform of the Scientific Park of Barcelona (Spain), under the direction of Prof. Jordi Quintana. There, I worked in the development of molecules against transthyretin amyloidosis. In 2011, I started my Ph.D. in Environmental Toxicology, and three years later I was a PhD. Visitor student for six month at the Department of Chemistry of the University of Cambridge (England), under the direction of Prof. Gonçalo Bernardes. There, I performed the spectroscopic analysis of the in silico predicted protein-ligand pairs of endocrine disruptors and breast cancer proteins using circular dichroism, native mass spectrometry and microscale thermophoresis. I also participated in international collaborations with the GBernardes Lab (England) and Prof. Thomas Sanderson of the INRS (Canada), and I attended several short-term courses related to toxicology and medicinal chemistry in the United States, Brazil, Mexico, Spain, France and England. 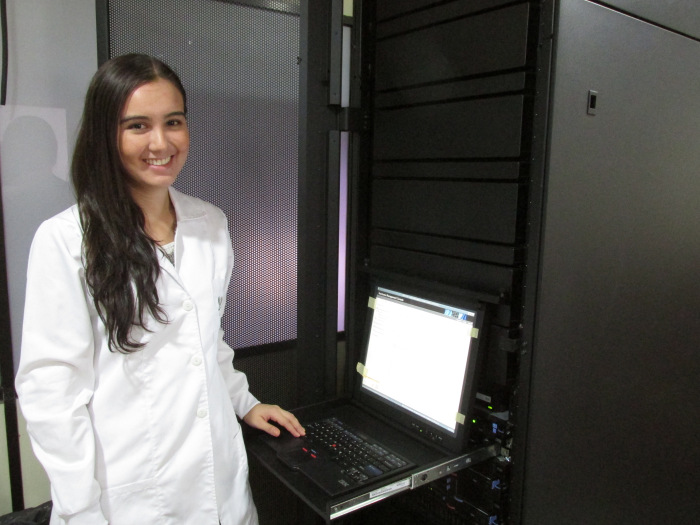 When I finished my PhD, I was immediately employed as an assistant professor and young researcher at Universidad Tecnológica de Bolivar (Cartagena-Colombia) in 2016. There, I created an elective for engineering undergraduate students called “green chemistry and sustainable engineering”, which is a research-based course. I also started and lead a group of around 40 undergraduate students, which is getting involved in environmental sciences research. I got a new laboratory of research in bioinformatics and computational chemistry, in which we develop mostly studies in drug design and in silico evaluation of environmental pollutants, and I also proposed a new master program in Bioinformatics. That year, I met Prof. Winston Hide of the Harvard University at an international course and he was surprised with the quality of the research presented by me and my students so he encouraged me to continue my training. He told me something like “If you do not do everything you can do, you will regret it later.”

I was working on protein interactions for a while, and these are actually my favorite molecules. But at some point, I realised that I needed to learn about DNA to comprehend the complex molecular mechanisms involved in some diseases and toxicological effects, as well as to understand cancer, one of my main research interests. Then, I applied for the UNAM postdoctoral program scholarship and I was admitted. So I am currently a postdoctoral fellow at the Center of Genomics Sciences CCG-UNAM (Mexico), and I am learning genomics and molecular biology.

The coolest project was the evaluation of Ruthenium NAC-CORM molecules as agents for the cancer treatment, developed at the University of Cambridge during my PhD. Internship. Cancer is one of the topics that attract my attention the most, and having molecules that release components that both kill the malignant cells and have antioxidant effects is a smart approach.

I do not have role models because every person is unique

This is a difficult question because I do not use to feel pride in myself or my work. I am very self-critical, so I hardly ever feel satisfied with my performance, which results in a never ending improvement process. Being accepted to participate in the Lindau Nobel Laureate Meeting was a super happy moment for me, because I will have the opportunity to learn from people that have achieved great things in chemistry. Another important moment in my life was when I received my PhD. diploma and the Laureate thesis award, because it meant for me that I was officially a scientist and I was doing it well.

What is a “day in the life” of Diana like?

I wake up around 6 am, I prepare and have breakfast at home, read a little bit and water my Bougainvillea flowers in the garden. Then I go to the lab around 9 am, I check my to-do’s and start working to get them done. Once I finish my experiments – every day is different-, I go to the gym to do Zumba, normally around 7:00 pm and after that I go home, then I continue working a little bit more on my computer, and sometimes in the lab. I love learning new techniques, so when I have a little extra time, I ask others to teach me something about their work and I help them with their experiments. 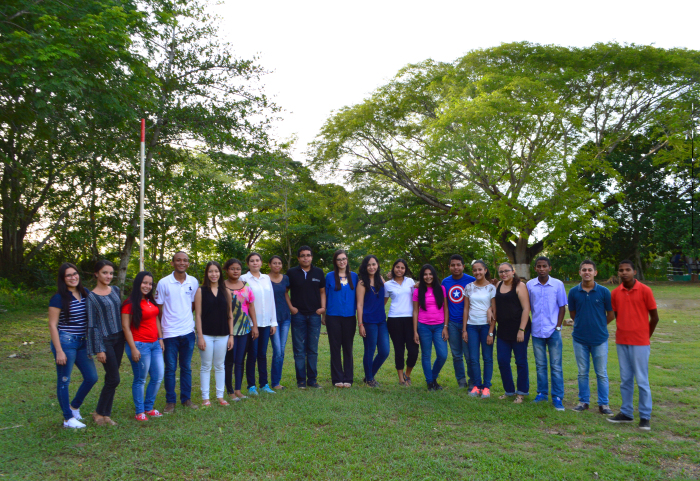 I want to do something meaningful that helps to improve the quality of life for the next generation.

I love to experience the world through travel and art.

Forget gender and trust yourself!

I want to do something meaningful that helps to improve the quality of life for the next generation.

The discovery of new antibiotics to attack multidrug resistant bacteria or an effective treatment against cancer!

Society needs to forget gender roles and stereotypes. We need to change our way of thinking and understand that we moved forward to a modern life and the way we do things now is very different to how things were done before. So, we need great minds of both genders and good education to form humans with critical thinking, and not girls and boys. This is of course not an easy task, because we still live in an unequal society and changing the culture is hard. Some strategies that could be implemented may include the government monitoring salaries and regulation the proportion of inclusion of women in companies and universities, as well as promoting education programs based on equality.