Daniel McFadden: Understanding better how...
Back
The way our brains work is key to understanding how consumers really make choices, argues Nobel Laureate Daniel McFadden. Some consumers suffer from “agoraphobia” or a fear of markets according to new research presented by Nobel laureate Daniel McFadden that throws doubt on the classical idea that people are driven by relentless and consistent pursuit of self-interest to maximise their well-being. Professor McFadden entitled his paper The New Science of Pleasure, to purposefully play on a phrase coined by Anglo-Irish political economist Francis Edgeworth some 130 years ago. He told the audience of young economists and fellow laureates at the 5th Lindau Meeting on Economic Sciences on 22 August that new studies of consumer behaviour that drew on psychology, sociology, biology and neurology gave economists a deeper understanding of how consumers made choices. Rational analysis says that we should relish choice and the opportunities offered by markets. “Yet we are in fact challenged by choice and we use all kinds of ways such as procrastination to avoid having to make choices. One of the reasons is that there are risks associated with making choices,” he said. 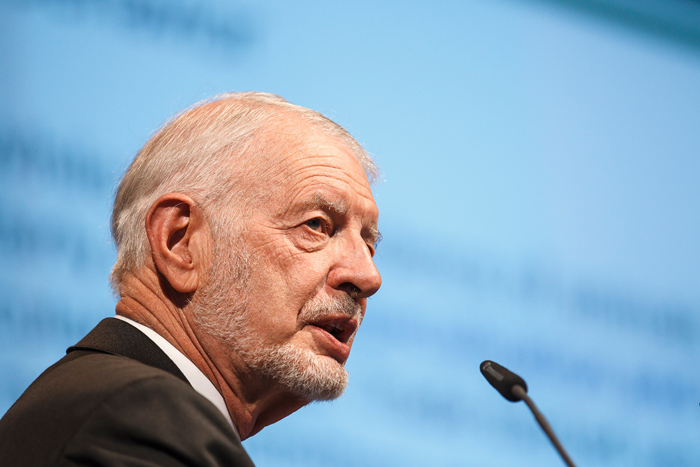 Market agoraphobia He highlighted an experiment he carried out some time ago at his university where half of the students were given a chit saying they were entitled to a pencil and half did not. The two groups could trade as buyers and sellers. While traditional economic theory said the market should clear with half the pencils sold at close to a median value. In fact less than a fifth were traded. “One answer is that people have agoraphobia – they don’t like markets and that influences resource allocation,” he said. He said that there was evidence that people were far more rational when decisions that were immediate and had major implications compared with choices that were remote or minor. “That’s when things fall apart.” He said that sociology, psychology and brain science had thrown new light on this issue. Social networks are important because they are sources of information and social approval or disapproval is very important in guiding people’s choices. “You get market equilibriums that are markedly different across different social network so there is no unique equilibrium,” he said. Cognitive psychologists such as fellow laureate Daniel Kahneman have done decades of research into area and highlighted patterns of behaviour that influence how we make decisions. Happiness of pursuit Brain science – or what economists called neuroeconomics – is perhaps the most live area. In particular it has identified reward structures and neurotransmitters in the brain, and the impact of choice problems on the brain in the presence of experimental treatments. He said:

“The hedonic treadmill we are on can be characterised as not the pursuit of happiness but the happiness of pursuit. That’s what that people really care about.”

Interestingly pleasure and pain are in different circuitries in the brain while decisions involving gains or losses take place in separate parts of the brain. The net result is that there is therefore a physiological basis for the cognitive anomalies such as loss aversion, the endowment effect and hyperbolic discounting that psychologists have identified. The classical economic of choice is therefore far too simple as it does not capture what goes on in people’s brain when they make choices. “It is also much too static to capture the sensitivity and dynamics of the process,” he said. However he said that welfare economists based on neurological measures of utility and brain functioning was coming. “But we are not there yet. Wait for it – but even better get involved in the types of research and the bridge between economics and other disciplines and play a role in making this come true.”   Here is the full Video of McFadden’s lecture: