Science beyond Borders
Back
A retrospective to the 64th Lindau Nobel Laureate Meeting by Yasin Emanee. Finally, I have arrived in my Country India after the post conference tour arranged by the academic partner of the Indian delegation and the German Research Foundation. Six research institution visits and four guided cultural tours over six cities in Germany later, including the Max Planck Institute for Molecular Biology and Genetics in the beautiful city of Dresden and The Göttingen Graduate School for Neurosciences, Biophysics, and Molecular Bioscience, two institutes which fascinated me the most personally. So  I am finally back in India and assimilating the idea that Lindau is really over, and I feel more and more like a small disciple of science, back from a pilgrimage of incomparable insight, feeling and realizing my connection with science more than ever before. But has it really ended? Or has something much more profound actually begun? 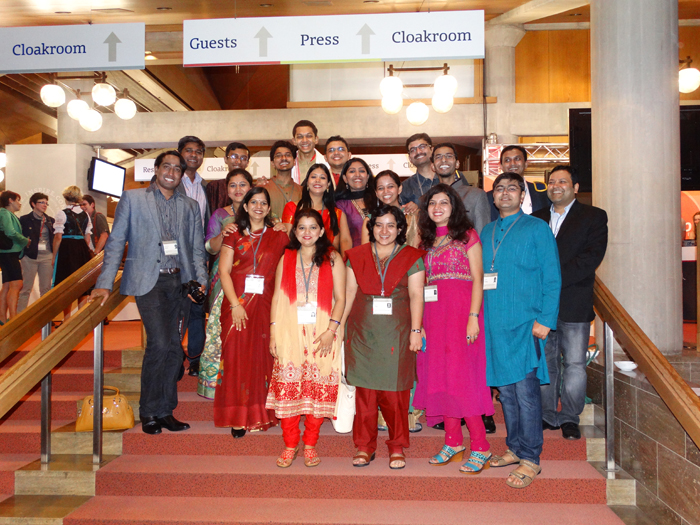 The Indian Delegation at #lnlm14. Blogger Yasin Emanee is in the middle of the top row (with the white scarf).

The 64th Lindau Nobel Laureate meeting has been an adventure that transcends the artificial borders of nationality, society and culture that we have developed over generations of social evolution. From day one, when Inselhalle was filled with scientific brains from over 80 countries to the Bavarian Evening which was a carnival of colorful and vibrant social exchange (and everything in between, of course), the exchanges in Lindau seemed to revolve upon the idea that diseases and other problems of the human race do not understand or regard the differences we have built for ourselves and hence, the science we do to get rid of these problems must not be restricted or isolated. The panel discussion on ‘Academia and Industry – Exploring the Collaborative Landscapes of the Future’ had emphasized on the need for total open data sharing in clinical trials, which is a major step in bringing better efficiency and earlier benefits to millions of patients in exchange for small personal gains. Imagine the entire pool of data from all clinical trials being accessible openly by anyone in the world. What we would essentially be ending up with is a million more minds looking at the data, pointing out and correcting errors, finding new patterns and conclusions and coming up with newer and better hypotheses for future experiments. Thus, we create a global scientific workstation which has a much better prospect of benefitting humankind at the best time. This workstation runs on a fuel of trust and teamwork and developing these values is fundamental to the concept of science beyond borders. 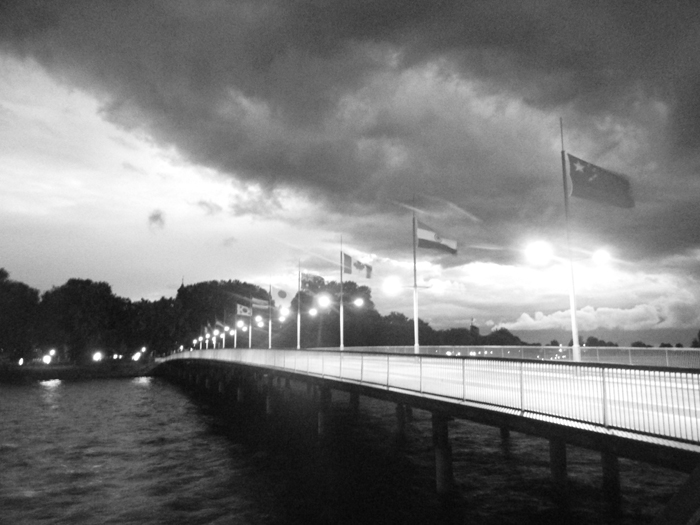 This leads me to reminisce the final day panel discussion at Mainau, which was titled ‘Science for the Benefit of Mankind‘. There were discussions on how to use better technology in one part of the world for the shared benefit of another and how science should permeate the ‘territories’ of politics and governance, and how one kind of science should always be linked to the others, that is, the focus on interdisciplinary research. On a personal note I have developed new insights on situations of infectious diseases like Malaria in other parts of the world and research ideas of collaborative comparative studies have brewed in my mind. I remember people being interested in my own research and discussing the prospect of extending its principles in their countries. Science did not merely cross borders; borders were hard to find. And to cap it all off, a few hours earlier we were on the flight sitting in a very informal cluster, sometimes on the floor, sometimes turning around seats; five or six people who did not know each other 6 months back, connected, educated and inspired by the Lindau Meeting this year, and we were still talking science! Topics flowed from scientific ethics to scientific writing; and we discussed situations in the developed and developing worlds; and situations in our own institutions. In places where the research culture is perhaps not as well developed as in other places, we discussed that we ourselves needed to put in that extra effort to extend the confinements of our dreams and courage – to go beyond the borders we have been assuming until today. Soon, we were flying into the sunrise zone over Mid-West Asia, and the horizon burst into a uniform ring of crimson, its humane boundaries not differentiable in its near perfect symmetry. Science beyond borders had never been so clearly painted.