The Story of a Scientific...
Back
One of the lectures I was especially looking forward to in the 64th Lindau Nobel Laureate Meeting is Oliver Smithies’s “Where do Ideas come from?”. The human civilization is built upon discoveries and inventions which invariably root to an idea being formed in some blessed mind(s) at some point of time. Some of them form after years of planned and anticipated experimentation and some after a lucky accident. Edward Jenner, father of vaccination, would have told you that he had an idea when he observed milkmaids having cowpox having a very less incidence of smallpox; Wilhelm Röntgen, the first Nobel Laureate in physics, is famed to have hit on his discovery of X-rays after noticing a curious fluorescence in a place where it should not have been; and Sir Alexander Fleming, Nobel Laureate of 1945 in physiology or medicine had walked in to his laboratory after a holiday only to discover that a staphylococcal culture stored in a damp corner had been accidentally contaminated by fungal moulds – something that would ultimately revolutionalize the world of medicine like never before. So is it perhaps observation that leads to ideas? Or a big chunk of luck? Curiosity perhaps? We can make our own lists. 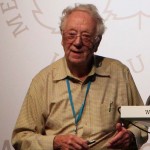 It would seem that an idea follows a tremendously Darwinian track of evolution. It is born primitive, maybe like the first cells in the Paleoarchean era floating in its oxygen-deprived atmosphere, and then it waits for a suitable environment in which it can grow. This “environment” for an idea could be the scope of scientific experimentation, limited by resources and time, which our society can afford at the time of its conception. It is also important for the idea to have passed through the social barriers of rationalization – the question of whether it is actually good enough and justified to be experimented upon (read my earlier article on Medical Ethics). Once the scientist and his/her society decides that the idea is good enough to be tried and tested upon, comes the issue of available resources. In our previous examples, imagine Sir Fleming not having access to a proper laboratory or Edward Jenner not having a willing subject to test his hypothesis. More than the definite slowing down of the clock of medical advancement, what we are talking about is millions of potentially saved lives (and saved ideas generated by those saved people!). It is intriguing how these initial small differences in circumstances and decisions can lead to so radical a difference in outcome. So how can we optimize these circumstances and decisions? How can (and should) each and every idea be “given a chance”? This Video by Werner Arber in 2013 gives his views on a similar theme. And perhaps the Science Breakfast byMcKinsey & Company, Inc. in this year’s meeting will help its participants get an idea about how scientific leadership in the 21st century can be decisive in long-lasting dividends of medical ideas and research. Dr. A .P. J. Abdul Kalam, eminent nuclear scientist and ex-president of India says, “Dream, Dream and Dream; Dreams transform into thoughts; Thoughts turn into actions”. Reflecting on the generic truth of this statement, as enthusiasts of scientific research we also must take care to keep in mind its inherent complexities – learn to see when a potential idea is hiding in front of our eyes by being curious, learn to accept and rectify mistakes in the course of our ventures, be daring (even to experiment on ourselves?) when it is required and above all, learn to be responsible (the links will take you to relevant material in the Lindau Mediatheque which highlight the importance of these qualities). Our “ideas” are thus on a difficult path from the very point of its mysterious birth – laid out with hurdles and dead ends and detours and surprises. Some perish on the way and stay there, some are picked up by others and some go on to change the world (and some, on the way, win Nobel Prizes, of course!) What are the stories of the ideas that the Nobel Laureates and participants of the 64th Lindau Nobel Laureate Meeting have had? And how many ideas might be born there? I can’t wait to find out.