Science and Ethics: Conundrums of...
Back
Guest Blogger and participant of the 64th Lindau Nobel Laureate Meeting Yasin Emanee on the difficulties of maintaining ethical integrity in research.

Four years ago when I walked into the Institutional Ethics Committee meeting of my college for the approval of my first research project, the first question I was asked was if my study was interventional. At this time I was a first year undergraduate and naively wondered if that was a “cut off” standard below which they were unwilling to accept study proposals. So I hesitated a moment to explain that my study was “only” an observational study  involving some routine measurements and then processing the results to get information I wanted to find out how the respiratory system will respond to an induced change in cardiovascular parameters like pulse rate and blood pressure .  Somewhat surprisingly, My project was approved in a jiffy, and I was explained that naturally interventional studies were much messier a business to look into and demanded the best of justifications. I remember heaving a sigh of relief. Fast forward a few years, some rejected proposals, and a lot of afterthought on the subject of proper ethics in medical research and preparing for the Lindau Nobel Laureate Meeting in June-July 2014, I get a feeling that ethics is perhaps one of the most essential spinal-loads that medical research has to deal with; a balancing act weighing its high ambitions of divine technical capacity and core philosophy of human benefit. Read this from the Lindau mediatheque for more on the issue. The basic issue of medical, specifically clinical research is that it involves humans. When someone is made to understand that their disease is being tried for cure with something new and previously untried (and hence, benefit, or even harm, is not a surety), very often only those fraction of people agree who do not have a second choice. This is why a big fraction of these people are in the terminal phase of their lives, thus minimising the actual study group (loss to attrition). So the flow of data in clinical trials often is a very thin stream as compared to other aspects of science, where “models ” are used for testing a device or procedure before implementation in our lives.(An air conditioner needs not be tested in actual user’s homes before launch whereas an antipyretic will have to go through routine, robust and long clinical trials involving actual people who have fever). Of course, animal trials are something of a middle ground in this aspect, but there are two things that concern testing out methods, devices or drugs on animals – the decreased benefit compared to actual human trials, and ethical issues arising out of using animals themselves (read this article on such a debate). When we are sacrificing other life forms for a hundredth or a thousandth of the probability of getting something substantial as to a human trial, we must introspect deeply. The conundrum is that it is only by better models that we can hasten the research output, yet it is exactly high-end and timely research that we need to create these “better models”.  (Better models could be organs grown from controlled tissue cultures of stem cells, or say animals genetically engineered to resemble humans even more closely in the concerned area of research. For example, this team from the Mayo clinic are creating a pig with human blood to act as a better research model for transplant medicine and potential clinical use.)The situation in the laboratory faces the same issues. (Read this post from Discovery for better understanding how even genetic research can tussle with ethics for its rightful place.) 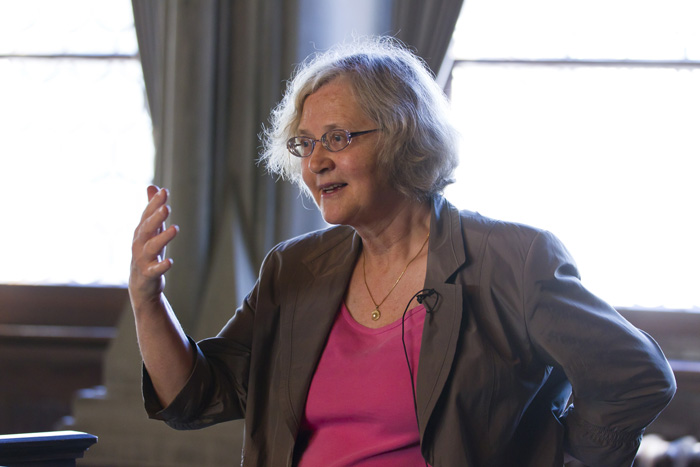 The medical scientist sits in the middle of all this, having to learn and adapt to the social conditions offered by this scenario. For example, in this article Sir John Gurdon and Shinya Yamanaka the 2012 Nobel Laureates in Physiology or Medicine,  are praised for modifying a research trajectory (human stem cells) to accommodate ethics. As induced pluripotent stem cells might help to evade stem cells from embryos in research. Prof. Dr. Elizabeth H. Blackburn, who will be attending the 2014 meeting, also has had a tryst with something similar for her vocal support of stem cell research (see this panel discussion on stem cell research from the Lindau meeting of 2011). One might also want to look into the Declaration of Helsinki – Ethical Principles for Medical Research Involving Human Subjects, adopted by the World Medical Association in 1964 and amended last in 2013. Based on this and other resources, various medical institutions have adopted their own guidelines and courses for their students. How the common public perceives this subject is another challenge to be addressed. I remember when the Japanese Encephalitis vaccination drives were started in Assam (India) in the early 2000’s the report of a supposedly post-vaccination death had caused uproar in the local media, leading to significant public hesitance to adopt the scheme . The follow up revealed that the cause could not be traced to the vaccine, nor was the single death statistically significant to be linked with a fatal adverse effect of the vaccine. Vaccination trials have traditionally toed the risky line, ethically speaking. Take a look at this news article from India regarding the Human Papilloma Virus Vaccination trials and ethics concerned. The article for example describes possible misunderstandings due to language problems and more, so instead of being aware this is a clinical trial people stated “they were given to understand that the government was providing free of cost an expensive vaccine that would prevent ‘uterine’ or ‘cervical cancer”. (More on vaccination in cancers from the Lindau Mediatheque) The questions of what is right or wrong in research have traversed the boundaries of politics, religion and industry.  Every day, we find new questions emerging on which frontiers should be left to themselves and which ones we should aggressively pursue. Do we need to relax our beliefs and customs to accommodate more of science? Or should we morph our science to adapt into our relative ideas of good or bad. How can we avoid another Tuskegee-like incident(in this clinical study rural African American men who suffered from syphillis thought they were receiving free health care from the U.S. government but did not get any treatment at all)?  Hopefully, the upcoming Lindau Nobel Laureate Meeting 2014 will be able to generate a lot a ideas and exchanges on these matters. Do tell us what you think!