Kailash Satyarthi: The Saviour of...
Back
Discover the story of the Nobel Peace Prize winner and 30-year-veteran in the fight for children’s rights. Childhood is supposed to be the most intense formative part of our lives. This is the part when we take in experiences and education from the world so that when we grow up, we can impart them to our next generation in an even more refined form. So naturally, when the process of nurturing a child in the proper way is hampered, it leads not only to the degradation of the quality of childhood but the entire life of that person, and all other lives that could have been influenced positively by him or her. The Nobel Peace prize for this year has gone, (jointly with Malala Yousafzai) to Mr. Kailash Satyarthi, a man trained as an electrical engineer, yet whose self-made mission in life has lead him to save more than 80,000 children from losing their childhood. In a country which, according to UNICEF, has the highest number of under-14 labours, and child labour is rampant in most of the unorganised sector industry, such an act stands out as an impact second to none. While his work has been celebrated to wide acclaim after he was awarded the Nobel Prize, his work was already recognised by many organisations worldwide, including The Aachener International Peace Award (Germany) in 1994. 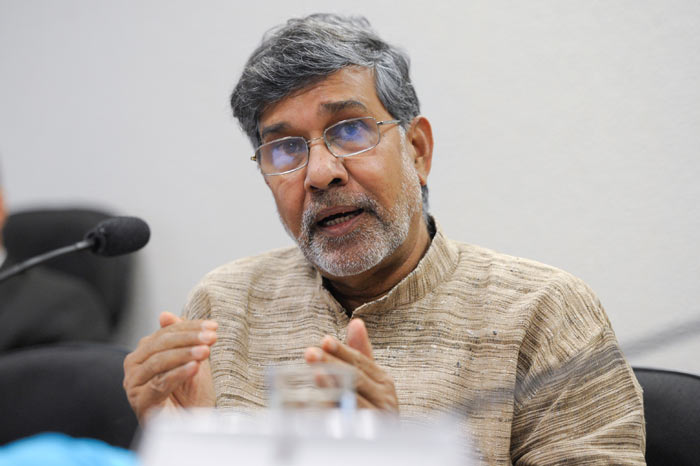 Mr. Satyarthi’s work runs mainly through his start up, the Bachpan Bachao Andolan, (which translates to Save the Childhood Movement) which envisions “to create a child friendly society, where all children are free from exploitation and receive free and quality education” and seeks “a holistic solution to eliminate the crime of child labour”. It operates by organising public demonstrations and trying to involve the top leadership of the country with its mission and has acted as an umbrella organisation for hundreds of civil organisations with similar missions, when it formed the South Asian Coalition on Child Servitude (SACCS) in 1989. In what now seems a successful social experiment, the BBA has been trying to organise forums linking diverse areas of national and social interest to the elimination of child labour, like parliamentary, religious and trade union forums against child labour.

Also recognised now is the unique initiative of Children Friendly Villages, designed to eliminate child labour from the rural populace, which constitutes more than 800 million of the billion plus Indian population by empowering the affected groups and educating the local village administration of issues related to child labour and education. His organisation encourages the formation of children’s parliaments in participating villages (called “bal panchayat”), where children can voice their concerns. They will not only be heard by the local village council, but the young representatives also go from door to door to ensure higher school attendance rates – of girls as well as boys. This grassroots approach has proven to be very effective in remote areas. Additionally, it has started the first ever social labelling of child-labour-free industrial production when it started its label of “Rugmark” (Goodweave International), as a measure to bring down child labour in the carpet industry of India.

In 1998, Mr. Satyarthi started the Global March against Child Labour, which aims to achieve its objectives by the “Triangular Paradigm” of Elimination of Child Labour, Education for All and Poverty Alleviation. In fact, this movement resulted in the fastest ratified convention in the history of the International Labour Organisation which resulted in the unanimous adaptation of Regulations against the Worst Forms of Child Labour, now ratified by 179 countries. “I am quite hopeful that this will help in giving greater visibility to the cause of children who are the most neglected and most deprived, and that this will also inspire the individuals, activists, governments, business houses and [corporations] to work hand-in-hand to fight it out,” he said after receiving the award.

Changes in individual perceptions will come a long way in helping this cause further. Lindau Nobel Laureate Meeting 2014 participants Dhanya Nambiar and Mohanish Borana, both research scholars who grew up in India witnessing the scenes first hand like millions of others, reckon that poverty and an apathetic outlook are what drives this social disease. Dhanya remembers when she and her friends had approached some activists about children working in a canteen of their university, they were told that rehabilitation was the big challenge and that in fact, the children would be better off working in a campus rather than being thrown out to survive in their own, where they might even face horrors like sexual exploitation and forced slavery. Mohanish is of the opinion that “every time we see a child working in an eatery and order, “Chotu, chaai lana jara!” (Boy, get me a cup of tea!), something one is very likely to hear in practically all parts of India, even where educated people form the corpus of the crowd, is a sign of our ignorance”. Change will follow only when we can get to the root of this mindset and reset it within ourselves.

In 1980, Kailash Satyarthi had started with one determined soul to recruit a group of activists to lead his first rescue mission in a stone quarry in Faridabad, India. Thirty four years on, one of those he rescued, Laxman Singh, now serves as the treasurer of the BBA and is among the many whose lives have changed permanently for the better on that day. The cycle of goodness is self-sustaining, and to become a part of it is a choice open to every one of us.