World Toilet Day: Open Defecation...
Back
When your first thought was: Oh no, not another of these ‘days’, please think again: 2,5 billion people don’t have access to safe, healthy toilets, that’s one third of the human world population. And leaky latrine pits or open defecation makes people sick: more than half of all diarrhoea cases are caused by faecal pathogens that somehow ended up in drinking water. Diarrhoea is a major killer: It’s the second leading cause of death among children under five, and the leading cause of malnutrition this age group. Each year, diarrhoeal diseases kill about 760,000 children under five – and these deaths could be prevented with clean drinking water and adequate sanitary solutions. 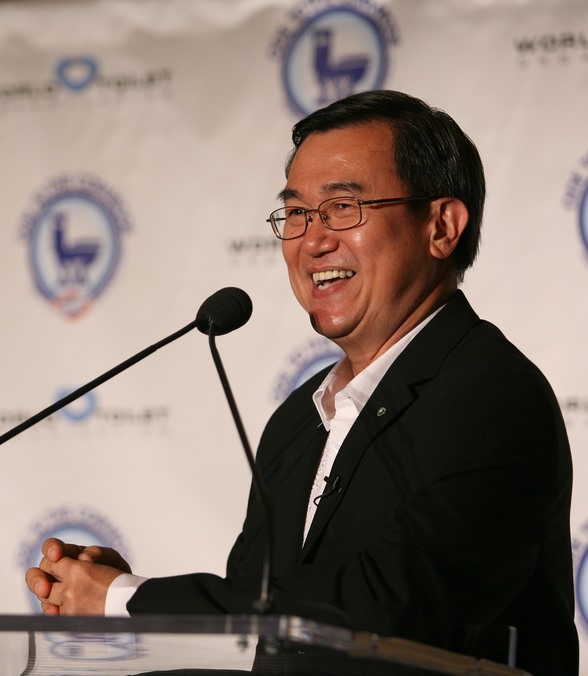 It’s not only a question of health and hygiene, although these challenges are enormous. A study on South Africa showed that instances of sexual assault and rape could be drastically reduced if safe toilet solutions were available to women. Because of this link between toilets and safety, Ban Ki-moon said that, “We have a moral imperative to end open defecation and a duty to ensure women and girls are not at risk of assault and rape simply because they lack a sanitation facility.” The World Toilet Day has been invented by Jack Sim in 2001. Sim is a successful businessman from Singapur and founder of the World Toiled Organization. In 2013, the United Nation adopted it as an official UN day. A well-known catastrophe that was caused by insufficient sanitation is the 2010 cholera outbreak in Haiti, following a devastating earthquake nine months earlier. The initial outbreak killed more than 8,000 Haitians and hospitalised hundreds of thousands. In 2015, 6 percent of Haitians have had the disease, and the bacterium Vibrio cholerea is still in the environment, still causing smaller outbreaks, raising the death toll to more than 9,000 in 2015, making this ourtbreak the worst cholera epidemic in recent history. The bacterium was of a virulent strain that had been circulating in South Asia. 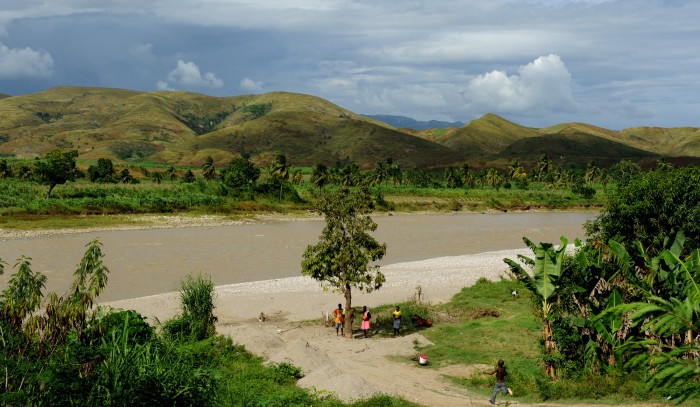 The beautiful landscape of the Artibonite River in Haiti, where the 2010 cholera outbreka started: locals collect their drinking water from the river, but the water had been contaminated with faeces. Photo: Kendra Helmer, USAID, public domain

The suspected source was the Artibonite river, for in the early stages of the outbreak, most sick people had been drinking water from the river. Early on, Haitians suspected a UN military base on a tributary to the Artibonite river that housed Nepalese UN soldiers. The Nepalese government and the MINUSTAH mission refuted these allegations, saying that sanitation and hygiene were exemplary at their base. But reporters from various media reported about overflowing tanks and leaking pipes, and an independent UN report stated that the bacterium had been introduced from South Asia through ‘human activity’. It could only spread so easily because of the lack of clean drinking water and primitive sanitation in large parts of Haiti. But the actual source remains a delicate diplomatic topic. 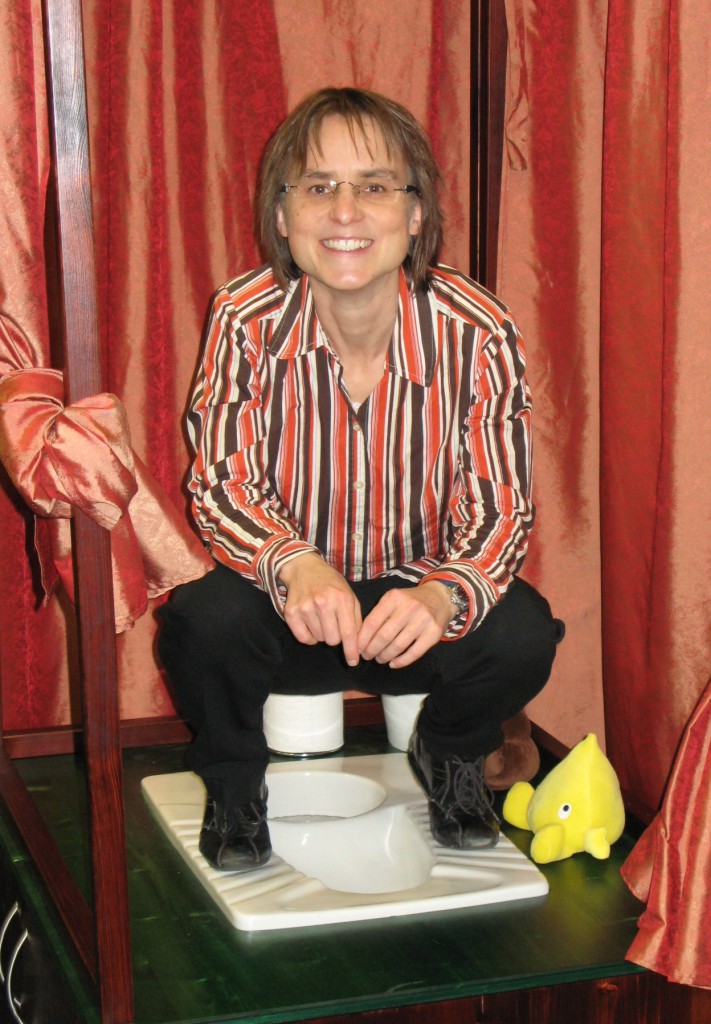 One solution to poor sanitation, especially in remote areas with poor infrastructure and repeated flooding or earthquakes, are so-called urine-diverting dry toilets, or UDDTs, where urine and faeces are collected separately. The urine is collected in tanks and can be used as liquid fertiliser after treatment. The faeces are collected in buckets, where they dry, separated by bulking material like saw dust, wood chips, leaves or ash. UDDTs have many advantages over classic latrines: odour is reduced, there is no stinking ‘sludge’ that is difficult – and dangerous – to handle. Also emptying the buckets is much easier than emptying a latrine: the full bucket is brought to a compost site or facility, and a new bucket is put into place. Some but not all pathogenes already die during the drying process, this is why further treatment is necessary before the faeces can be used as fertilisers as well. With a closed system like that, the groundwater is protected from pollution with cholera bacteria for instance. If there is a threat of imminent flooding, the buckets can be removed easily and no contamination will ensue. But these toilets require a certain amount of discipline, first from the users, who sometimes also need to collect the toilet paper separately. And also from the maintenance staff, their committment is vital to their success: blocked urine pipes need to be seen to, the drying process needs to be monitored, removal has to be prompt, etc. Despite all these difficulties, an estimated number of two million people are already using them worldwide. 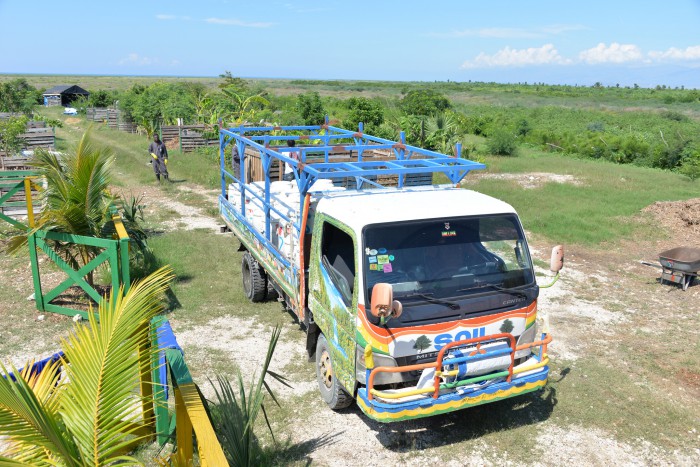 In Haiti, after the cholera outbreak in October 2010, a system of UDDTs has been installed by the American nonprofit organization SOIL: a solution that doesn’t need complicated technical support, clean water or electricity. Buses pick up the full buckets, so-called Poopmobiles, and bring the faecal matter to compost facilities. Although the drying process already kills many pathogens, Helminths’ eggs for instance are among the last to die, and if the matter is used in agriculture, helminth infections will follow – one of the largest health problems in developing countries. One half of this year’s Nobel Prize in Physiology or Medicine was awarded to William C. Campbell and Satoshi Ōmura, honouring their research on anthelminthics. 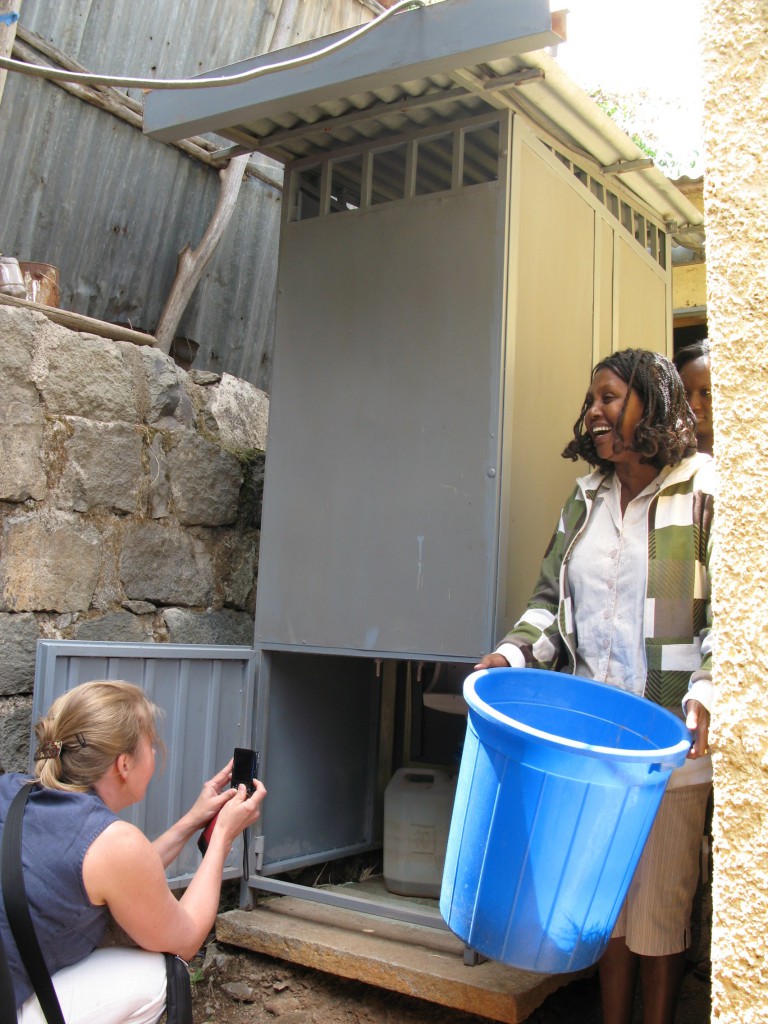 UDDTs are not the only sustainable solution to sanitation problems. The Melinda and Bill Gates foundation announced the Reinvent the Toilet Challenge in 2012, resulting in two Toilet Challenge Fairs since. Interestingly, the prize-winning solutions all follow some UDDT principles: the separation of liquid and dry matter, the sterilising of both, and the subsequent use as fertilisers or solid fuel. But the Gates project all employ sophisticated technology for each single step, like for instance concentrated sunlight for sterilising, or high-tech membranes that allow liquids to pass but not solids (read more about the winners here). Who knows: you might be using some sort of dry toilet soon, high-tech or not, urine-diverting or not. They are not only being build in remote areas of developing countries, but for instance composting toilets, where everything is collected together, are used in Sweden, Canada, the US and Australia in National Parks – places where no regular sewer system is available. But composting is easier with urine-diversion because urine contains too much ammonia, making composting more difficult. With water shortages looming in many parts of the world, it might be high time to get used to the thought of using alternative toilet technologies, at least once in a while. It’s not a somewhat smelly and slightly disgusting subject anymore – “it’s innovation to save lives,” as Christopher Elias, president of the Gates foundation’s Global Development Program, sums it up. 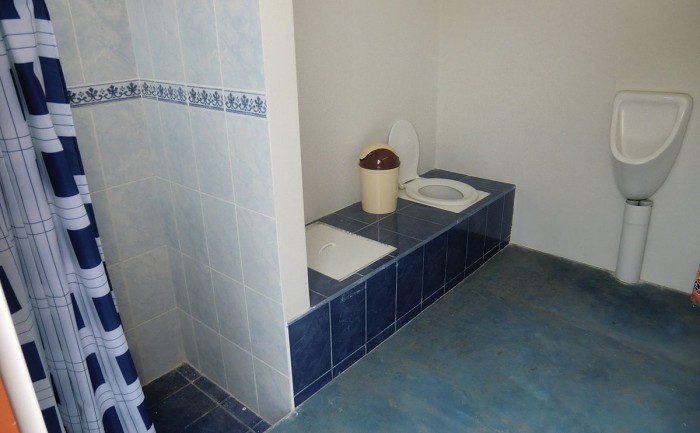