Ten Astonishing Facts About Longevity
Back 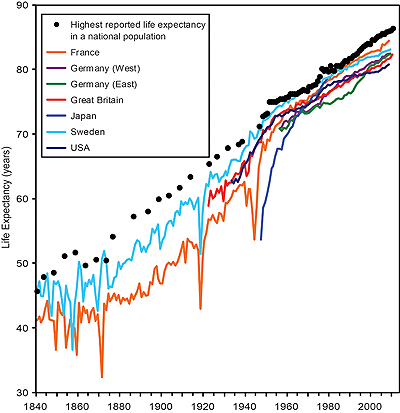 Constant rise in life expectancy after 1840: In early years, the most gains were achieved by reducing child mortality. In the mid-19th century, infectious diseases were fought with vaccines, and in the 20th century with the help of antibiotics. Source: US National Institute on Aging, data from the Human Mortality Database

In developed countries, life expectancy is still increasing linearly at a rate of about three months per year for women, and at a slightly lower rate for men. And also developing countries have witnessed considerable increases since the mid-20th century, albeit with setbacks like the HIV epidemic in Africa.
This trend has been evident since the mid-19th century – and it has sparked a longstanding scientific debate: Will this trend continue indefinitely into the future? Or is there a biological limit to human life? The latest contribution to this debate is a statistical study from the Albert Einstein College of Medicine in New York.

1. Most increases not in oldest age group

In this study, Jan Vijg, a Dutch-American geneticist, and his team analysed data from the Human Mortality Database that spans 38 countries and is run by American and German researchers. Since life expectancy increase is still strong, the researchers needed other theories and data if they are searching for indicators of a future slowdown. Their theory was: If there is no upper lifespan limit, the age group with the biggest increase in survival should get older continually. But contrary to this assumption, the largest increase in survival rates has plateaued around the age of 99 in 1980, and has only increased very slightly since. They interpred this plateau effect as an early sign of slowdown.

To further test their theories, Dr. Vijg’s team also used data from the International Database on Longevity from the Max Planck Institute for Demographic Research in Rostock, Germany. Watch out! Now the ages of lucky individuals are analysed, whereas before, increases in age groups were studied. Jan Vijg’s team found that the maximum age reached by individuals plateaued at 115 years in the mid-1990s, with very few, yet famous, exceptions. The researchers see this as another sign of slowdown. “It seems highly likely we have reached our ceiling,” says Jan Vijg. “From now on, this is it. Humans will never get older than 115.”

Interestingly enough, the longevity database used by the Vijg team was assembled at the Max Planck Institute for Demographic Research, that is also one of the main contributers to the Human Mortality Database. But James Vaupel, founding director of this institute, doesn’t share Dr. Vijg’s interpretation. One of his objections is that in Japan, the age group enjoying the fastest growth is still getting older; this holds true for a few other developed countries as well. As James Vaupel wrote in an earlier paper, together with Jim Oeppen: Experts asserting that “life expectancy is approaching a ceiling … have repeatedly been proven wrong.” 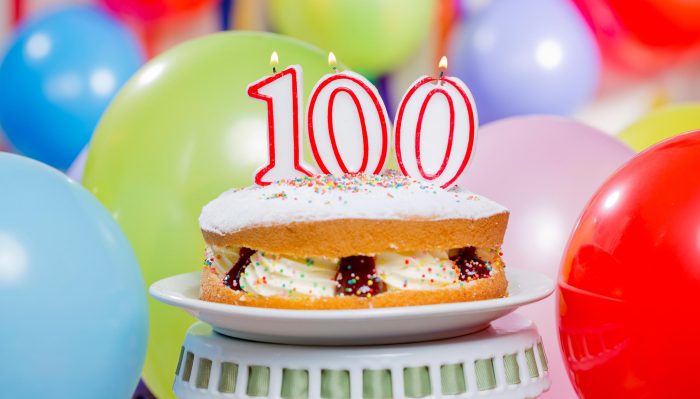 Every third baby born in Britain today has a good chance of celebrating its 100th birthday, according to the Office for National Statistics ONS. Photo: iStock.com/David Freund

Japan has the highest life expectancy in the world and thus is of special interest to demographers: currently 86.8 years for women and 80.5 years for men. Japan also has one of the lowest birthrates. A web population clock from Tokyo University predicts that the last Japanese child will be born in the year 3,776 if this latter trend is not reversed – meaning that the Japanese will die out about one hundred years later. Some estimates suggest that by the year 2050, up to one million centenarians will live in Japan.

5. Can ageing be reversed?

In all other species, lifespans can be increased by genetic interventions, certain proteins or dietary changes. Several teams at James Vaupel’s institute in Rostock conduct research on these topics with different model animals, as well as many other research teams worldwide. So why should humans be an exception? “There is no time bomb that explodes at a certain age,” says Linda Partridge, director at the Max Planck Intitute for Biology of Ageing in Cologne, Germany, who is also specialising in strategies to influence ageing processes. In recent years, ageing in mice could be reversed with telomerase, and similar experiments were conducted successfully with human cells.

There are some animals that don’t age. The biologist and mathematician Prof. Annette Baudisch for instance studied species like this, for instance robins and the freshwater polyp Hydra vulgaris, i.e. their mortality rate doesn’t increase with age, and they retain similar levels of health throughout their lives. Unfortunately, humans don’t belong in this group, the same holds true for most lab animals. But these surprising species may have some traits that could point to strategies against ageing as we know it in humans; human ageing comprises many factors: the slowdown of biological processes, the shrinking of organs, the deposit of lipofuscin, the accumulation of genetic mutations, etc. 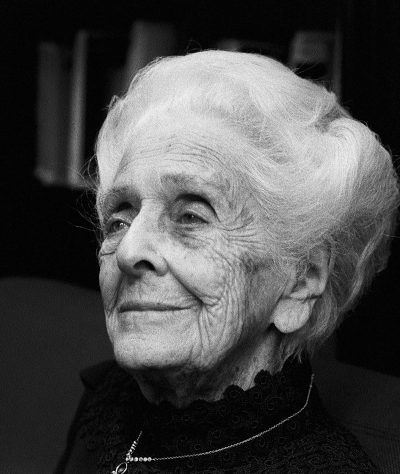 Rita Levi Montalcini was an Italian neurobiologist who received the 1986 Nobel Prize in Physiology or Medicine for her discovery of nerve growth factor, together with Stanley Cohen. She celebrated her 103rd birthday in April 2012. Photo: Peter Badge

Several researchers argue that Jan Vijg’s team didn’t take the medical advances of the future into account, that might target the afore mentioned ageing processes, as well many deadly diseases. “The result in this paper is absolutely correct, but it says nothing about the potential of future medicine, only the performance of today’s and yesterday’s medicine,” says biomedical gerontologist Aubrey de Grey of the SENS Research Foundation in Mountain View, California. Conversely, potentially negative trends like the global obesity epidemic, with the side effects of soaring type 2 diabetes and nonalcoholic fatty liver disease numbers, are also not taken into account.

Even today, the increase in life expectancy is being reversed in developed countries for certain groups. As Nobel Laureate Angus Deaton and Prof. Anne Case showed, white middle-aged Americans without college degrees are dying younger than in the past. For all other ethnic groups, life expectancy is still rising in the US, but for this group it’s falling. The researchers could also explain how prescription drug abuse, alcohol and suicide shortens the lives of too many middle-aged Americans.

9. Centenarians are exceptions, not examples

Centenarians seem to be quite an exceptional group, as a recent German study showed, again: One third of the patients over 100 years of age didn’t show any signs of dementia, three quarters were not depressed, almost a quarter didn’t take any drugs on a regular basis, and an astounding 65 percent hadn’t been admitted to hospital in the last twelve months. If this group is so healthy, gerontological research might learn a lot from them – but because they’re so special, maybe they’re not the best group to predict everyone’s ageing process.

10. Longer life due to Nobel prize

Winning the Nobel prize adds one or two years of life expectancy. The British economists Matthew Rablen and Andrew Oswald wrote: “It has been known for centuries that the rich and famous have longer lives than the poor and ordinary,” but the causality behind that remained unclear. That’s why they looked for cases where a sudden rise in status occured, and biographical data were also available: they found Nobel Laureates. And really: the positive status shock of winning a Nobel prize adds one or two years compared to researchers of the same age and from the same country who were merely nominated for this prestigious prize.

Only time and future studies will tell if humanity has already reached an ‘age ceiling’ – or not. But if we consider quality of life together with the quantity of years, it becomes evident that adding years doesn’t automatically mean more healthy years. On the contrary, additional years often mean more years of disease. This is why Jan Vijg wrote in his study that we should pay more attention to our  ‘health span’ instead of concentrating solely on our lifespan. 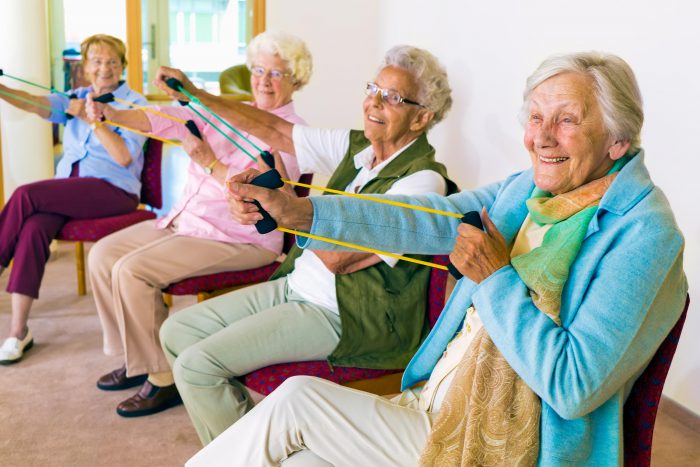 Exercise is a vital ingredient both to longevity and to healthy ageing. Others are: normal weight, a diet rich in fibres and low in sugar and red meat – and meeting people, having fun and playing games to ward off dementia. Photo: iStock.com/Horsche