Economics: Why are white US...
Back
Rising death rates in developed countries are extremely rare. In the US, they’ve been decreasing for all age and ethnic groups for many decades. Anne Case and her husband Angus Deaton, Nobel laureate in economics 2015, could show in a study late last year that there’s a real crisis of white, middle-aged Americans – and nobody had really picked up on it before. Most importantly, the mortality rate for white Americans between 45 and 54 years old has been rising since 1999, while it is still declining for all other social groups, as well as in all other industrialised countries. For blacks across all age groups, the mortality rate has gone down since 1999 by 214 deaths per 100,000 people. For all whites, it has gone up by 34 deaths per 100,000 people. But if the white group is subdivided into education levels, the deaths of whites with “high school degree only, or less than high school degree” astonishingly account for the complete mortality increase. In all other white middle-aged education groups the mortality rate is still decreasing. As it happens, the rate has gone up by astounding 134 deaths in this most affected group. Case and Deaton call this trend ‘midlife mortality reversal’. They estimate that half a million deaths could have been prevented in the 15 years they studied if the trend of declining mortality rates had continued at the same pace as before. They even compare their findings to the HIV/AIDS epidemic that claimed an estimated 650,000 American lives since it started – but the public awareness has been enormous, whereas the current ‘silent epidemic’ of despair deaths went unnoticed for many years, until Case and Deaton found it through meticulous data mining. 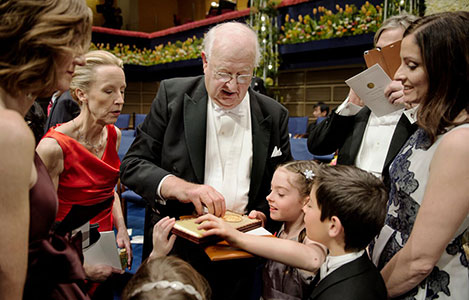 The next shock comes when the authors present the most common causes of death in this group: most frequent was poisoning – from alcohol or drugs, accidental or ‘intent undetermined’ – followed by lung cancer. The latter could soon be overtaken by suicide, the third most frequent cause of death. Other studies have also seen an alarming rise in midlife suicides. Chronic liver disease, often a result of alcohol or drug abuse, comes fourth. Diabetes trails far behind as the fifth most common cause of death. But knowing the causes still doesn’t explain the new epidemic. Usually people don’t poison themselves, or even kill themselves, without a reason. This is why Anne Case delved deeply into survey data on self-reported health and mental health. Not surprisingly, she found an overall trend of deteriorating health among middle-agers, matched by increased reports of pain: one third of this age group complains about chronic joint pain, for instance. This in turn explains the wide use of strong pain killers like opioids that have been prescribed increasingly since the 1990s. But opioids bring along their own problems: these pain killers are highly addictive, and it’s easy to overdose them accidentally. Prof. Case herself, who teaches economics at Princeton University like her husband Angus Deaton, has suffered from excruciating lower back pain for many years, that’s how she became interested in this area of study in the first place. Her husband has been studying consumption as an alternative method to measure poverty and inequality for many years. But he has also studied the correlations between income, consumption, quality of life and happiness. Before he started looking into midlife mortality, he and his wife had been interested in the correlation between happiness and suicide: They expected states with high levels of happiness to have low suicides rates, but discovered no data supporting this expectation. Instead they found that physical pain was strongly predictive of suicide 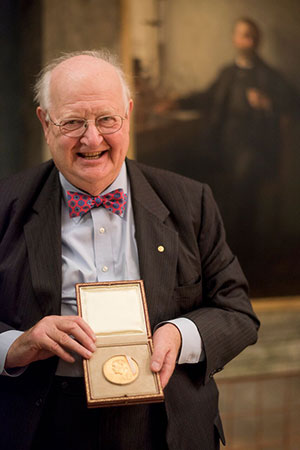 Approaching the topic of midlife mortality from very different angles, the researchers saw a pattern emerging: chronic pain causes (legal) drug consumption, and often alcohol consumption as well. Chronic pain also means mounting medical bills and often mounting debt, because even with health insurance, patients have to pay thousands of dollars before the insurance plan starts paying. Moreover, chronic pain can entail the loss of jobs. Economic problems again cause more stress and desperation, which in turn not only increases alcohol and drug consumption, but also depression – a vicious cycle. This also means that many of today’s middle-agers, if they survive middle age, will be sicker and poorer pensioners compared to their parents’ generation. The authors conclude that “many of the baby-boom generation are the first to find, in midlife, that they will not be better off than were their parents.” And many will find that they’re worse off than their parents were at their age.” There is an economic side to the novel syndrome as well: middle class wealth has decreased in recent years, and household incomes for those withouth college education has dropped by 19 percent, almost one fifth. Case and Deaton concede that they don’t fully understand yet why this epidemic is hitting white middle-agers harder than any other age or ethnic group. Here, for once, the current political situation in the US might help provide an explanation. Many commentaries have linked the rise of real estate and media tycoon Donald Trump in the 2016 presidential primaries with the catchphrase ‘angry white male’ – a phrase that has been used since the 1990s to describe a dissatisfied voter group; entire books have been written about this male. Recently Jeff Guo could show in the Washington Post how death rates among white middle-agers are sound predictors for Trump votes; Guo based his predictions on the Case/Deaton study. But if the epidemic of ‘despair deaths’ hits white men and women in about equal numbers, why are mostly men supporting the Republican contender Trump? It’s an established fact that depression hits men differently than women, making them more angry, aggressive and destructive. And Trump’s remarks on minorities, or groups that used to be considered minorities, and his entire anti-establishment campaign has apparently “channelled this white suffering into political support,” as Jeff Guo writes. So we don’t merely have ‘angry white men’ acting up, we have ‘angry, sick, depressed, addicted and suicidal white men’ using the opportunity to hit back that Trump provides. What started out looking like a serious health and economic crisis could soon turn into a political crisis – if Trump would run for president. As of March 9, he has 458 of the 1,237 delegate votes he needs to become the next Republican presidential candidate. After ‘Mini Super Tuesday’ on March 15, with primaries in Florida, Ohio, Illinois, Missouri and North Carolina, he might be deemed unstoppable.