Randy Schekman: Honest Exchange of...
Back
Randy Schekman believes scientists can explain their science in an understandable and honest way. An Interview. This morning in Lindau a bunch of journalists had the pleasure to interview Randy Schekman, Nobel Laureate in Physiology and Medicine in 2013 together with James Rothman and Thomas C. Südhof for their “ground-breaking work on cell membrane vesicle trafficking”. Schekman is not only well known for his research, but especially for his engagement in the open access movement. During this interview Schekman pointed out, that scientists themselves should communicate in a better understandable way. Also during recruitment processes some short essays written without technical details could be of help, Schekman recommends. People today get access to scientific articles, whether they are specialists themselves, researchers in another field or interested in science at all. There is not ‘only’ the special scientific community but a broader audience. 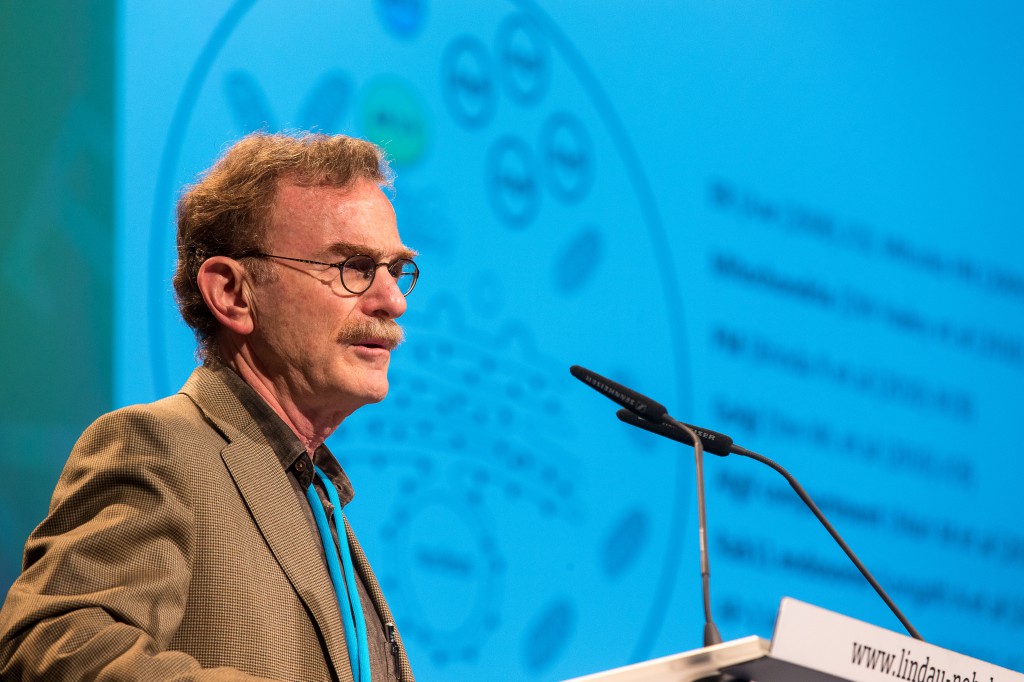 Q: When the general public is interested in reading the original papers and the details of science doesn’t that mean, there is at least a need for abstracts, written in a language, understandable for lay people? Schekman: Yes, sure, that of course helps. I think scientist should be made to explain themselves clearly to other people. Therefore every paper that we publish on eLife (–Schekman is editor in chief of this Open Access journal–) has something that we call an eLife digest that is written for a broader audience. Broader in a sense of written for someone who has a basic understanding of life sciences. So we try to remove the technical language that would be just for specialists. Q: Who is in charge of these special digests? Schekman: This is mainly an editorial thing. Although I think scientist can do it, unfortunately a number of scholars simply can’t be bothered. It is difficult to get them to write it in a way that could generally be understood so we have to pay people to help copy at that. We have actual a physicist in our staff, who writes these. Q: So there is a communication specialist and scientists communicate the same way they do in a scientific paper? Schekman: I think it is a scientist’s responsibility to learn how to communicate effectively with a broader public. This also has a positive effect to science itself. When I give a talk I know that most of the people in the audience are not specialists in my topic. So unless I want to talk to the two people in the front row, who are my competitors, I have to make myself clear. Teaching undergraduate students for many years has helped me. They expected these lectures to be made clear and understandable. Q: Are communication skills something that should even be part of recruitment processes? Schekman: That could well be a criterion. Unfortunately it is not. But it could be. When hundreds of people apply for a job, you can’t read hundreds of papers. For a better recruitment process I suggest to ask each scholar to prepare a narrative, an impact statement, about their most important work. Scientists are used to this when we describe ourselves for a fellowship or a job and other applications. But I would like to make it more formal, I would like to have scholars craft an impact statement of maybe 250 words. Then the committee can create a short list of candidates and then look into the papers and letters of recommendation and refine judgments. It should be written in a way a broader group of other scholars can read and say ‘Oh, wow, he discovered that’. ‘I didn’t know that, but that sounds really important’. Q: Present yourself in the best way? Scheckman: Well, we are relying to the honesty of the individual to fairly represent themselvs. Not only in this context students have to be educated about the importance of the ethics of sciences. We need the honest exchange of knowledge. So students have to be educated in the proper values via scholarship and the penalties for breaking those rules, which are really severe. 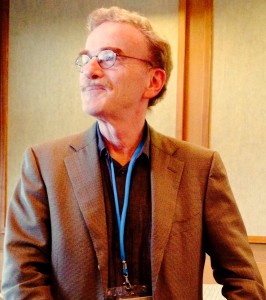