Traditional Higher Education Under Threat?
Back

Higher education in the US and UK is considered the best in the world, but at the same time, for many students it’s getting to be unaffordable: tuition in the US has risen by an astounding 600 percent in thirty years, as Ryan Craig describes in his insightful book ‘College Disrupted – The Great Unbundling of Higher Education’. And why should anyone spend four years with gruelling, back-breaking studying when technology is changing so fast that most of us have accepted lifelong learning anyhow? As long as ‘everybody’ was going to college – a priviliged middle and upper class group – and as long as it was still affordable, it was the thing to do. But it isn’t anymore, and a degree is no guarantee for a well-paying job either. So now students are starting to ask questions about the return on their investment – and are looking for alternatives.

Late in the year 2011, Sebastian Thrun, a professor for computer science at Stanford University, offered his introductory course to artificial intelligence as a so-called Massive Open Online Course, or MOOC. An unprecedented number of 160,000 students registered for this course, of which 23,000 took part in the final exam – more than the total number of students enrolled at Stanford. After this overnight success, Thrun left Stanford to found Udacity, a private educational organization offering online-courses mostly in math and computer science. Thrun is also the founder of GoogleX, now only called ‘X’, where he’s involved with the development of driverless cars, and he’s is a co-founder of Google Street View. 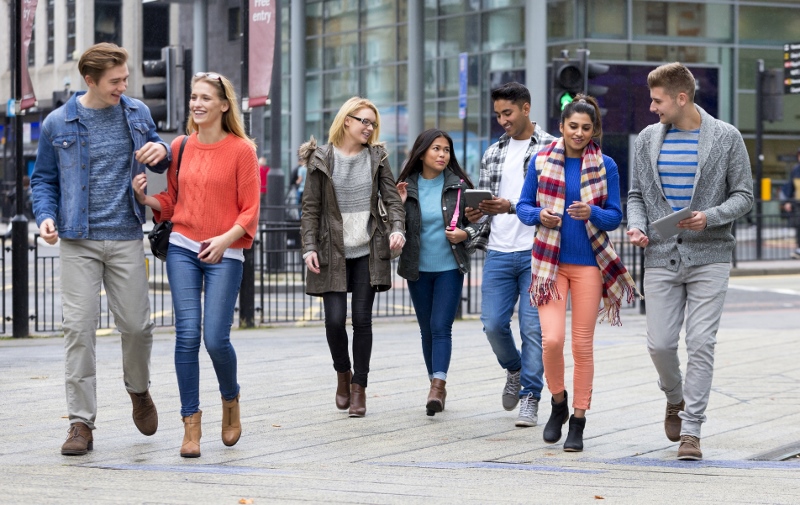 College might still be fun, but it’s become at lot more expensive than it used to be. In 1970, an average college student needed to work only 182 hours to pay for his or her entire tuition. In 2013, a student at the same college had to work 991 hours in order to afford it, that’s more than a half-year of fulltime employment. Source: Ryan Craig, College Disrupted. Photo: iStock.com/SolStock

In the following years, MOOCs were hailed to be the hallmark of an Education Revolution, the New York Times even proclaimed 2012 to be ‘The Year of the MOOC’. Suddenly numerous universities produced MOOCs, and new partnerships with private education providers sprung up. One notable example was the cooperation between Thrun’s Udacity and San Jose State University SJSU in early 2013, offering online courses that led to SJSU credits. However, the initial excitement was soon replaced by a hangover. Only six months after it started, the programme was terminated due to high failure rates. In general, drop-out rates for MOOC programmes are huge: only about 5 percent of initial viewers complete a MOOC course.

But this episode, together with the advent of companies similar to Udacity, like edX, StraighterLine or the Khan Academy, still disturbed the equilibrium of traditional colleges and universities. As Nobel Laureate Brian Schmidt explained at the closing panel discussion of the 2016 Lindau Nobel Laureate Meeting: “We as universities have a monopoly right now on credentialling, or providing degrees. That’s actually not yet under threat, but it’s going to be.” He continued: “I see the whole idea of people going out there and having all of their credentials in some public thing like a blockchain as being a real opportunity.” A blockchain is a secure database where graduates can place their online portfolio and where prospective employers can study them online. “And that’s suddenly going to bring a bunch of non-university providers into the market.” 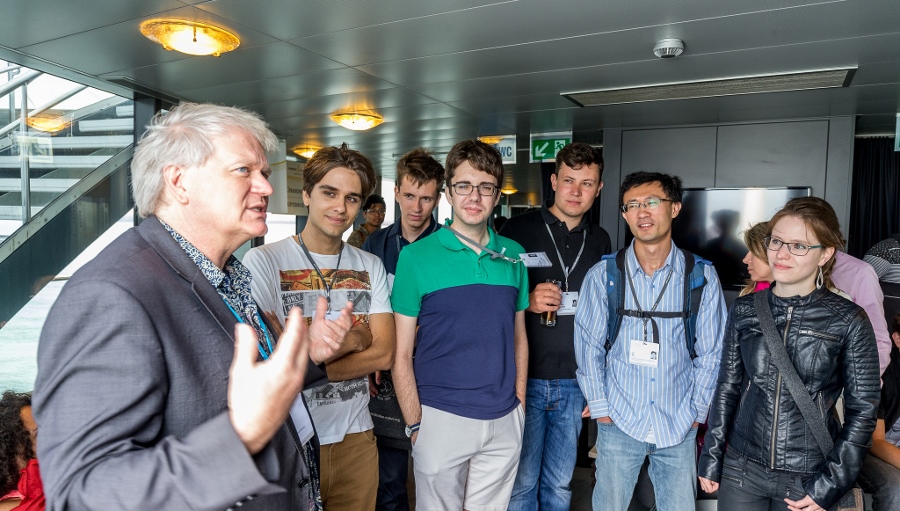 As vice-chancellor of Australian National University, Brian Schmidt has actively promoted MOOCs, and this endeavour has changed ANU’s entire undergraduate physics curriculum. He values MOOCs and an interesting teaching tool, but “it’s no panacea”. The real game-changer will be when large employers are willing to recruit relevant numbers of graduates from short, non-degree programmes. Udacity for instance has developed ‘Nanodegrees’ tailored to the needs of certain employers like AT&T some providers call their credentials ‘badges’. Another invention are ‘coding boot camps’ that teach specific IT skills within weeks. As Brian Schmidt said in the panel discussion: “The sophisticated business community is going to use that, if it gives them better graduates. Already you can see Google and companies saying: ‘Actually I don’t really care about your degree, I want to do my own testing.'” And the next step is teaching and learnig outside a college setting.

The Google example shows that not only students are disillusioned with traditional higher education – many employers are dissatisfied with the graduates from traditional colleges. For higher level positions, the applicants often don’t have the necessary problem solving capabilities, the critical thinking abilities and communications skills, as Craig explains in his book. And for lower level positions, many applicants lack behavioural skills like punctuality, motivation and work ethic. This shows that students are not the only ‘purchasers’ of higher education. Craig argues that future employers are the real ‘customers’ because they are supposed to hire graduates, and if the graduate cannot find a decent job, he or she cannot pay back the student loans, in turn making traditional higher education less and less attractive.

Since most non-university providers cannot offer degrees, yet, instead they provide detailed accounts of what their students learned in each course. Already some universities adopt these features, like Linn State Technical College: in addition to normal college transcripts that list courses and grades, they give detailed job-readiness scores for each course telling prospective employers how well a student has done in every skill dimension. These detailed accounts are called ‘double-click degrees’ because interested employers can double-click on an applicant’s course and view all results. Ryan Craig calls these degrees “a way station on the road to unbundling”: If employers are satisfied with applicants that only have certificates instead of degrees, the more they’ll hire. And if students demand detailed accounts, universities need to provide them, alongside their traditional degrees, thus blurring the line between traditional and non-accredited education even further. 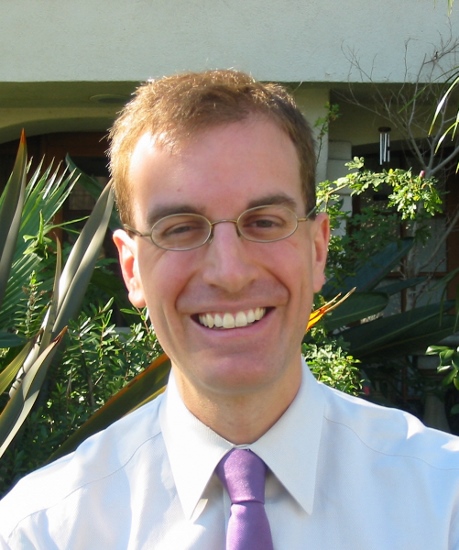 For employers and applicants alike, Craig sees competency marketplaces as a way out of the education dilemma, i.e. students investing large sums and employers still being dissatisfied. If students can provide more detailed accounts of their behavioural and job-related skills, these can be matched much more efficiently to job descriptions. Craig compares this trend to “dating websites for jobs”. The networking service LinkedIn is already moving in this direction, and there might be several different and specialised competency marketplaces in the future.

Eventually, Craig sees the evolution of a two-tier system: Top-ranking universities will continue as they have before, with some new features like more detailed degrees and a mix of classroom and online learning. But all others will try to teach the skills that are needed in today’s labour market in order to give students a better return on their investment, including low-cost online courses. To establish these programmes, some colleges and universities will cooperate with companies like Udacity, meaning that these companies can eventually contribute to ‘real’ degrees. Already there is an emerging trend for ‘stackable credentials’, where students can build a degree out of a series of courses they completed with different providers.

It’s no surprise that these new trends emerged in the field of computer science, where rapid changes are the norm. In other sectors, accredited degrees will remain more important for some time. But disruptive innovations have the tendency to influence other sectors, so these trends might emerge in fields like the humanities as well.
In this article, I’ve mainly discussed US higher education, but trends there tend to influence higher education around the globe – and the UK, for instance, has its own tuition crisis. Plus, novel trends in higher education are emerging everywhere, like the Kiron University based in Berlin that aims to provide higher education in English to refugees around the world, and Kiron has already found some partner universities that are willing to accept its credits.

As Ryan Craig argues in his book: the traditional higher education is like a big ‘bundle’, including housing, catering, sports facilities, healthcare etc. But this expensive bundle will come apart, just like the good old CD did when people started downloading single songs instead of buying the whole CD. As Brian Schmidt concluded in the panel discussion The Future of Education in Sciences: “There’s a lot going on there – and changing very rapidly. And I’m playing around with lots of things because I don’t want to be left behind.” 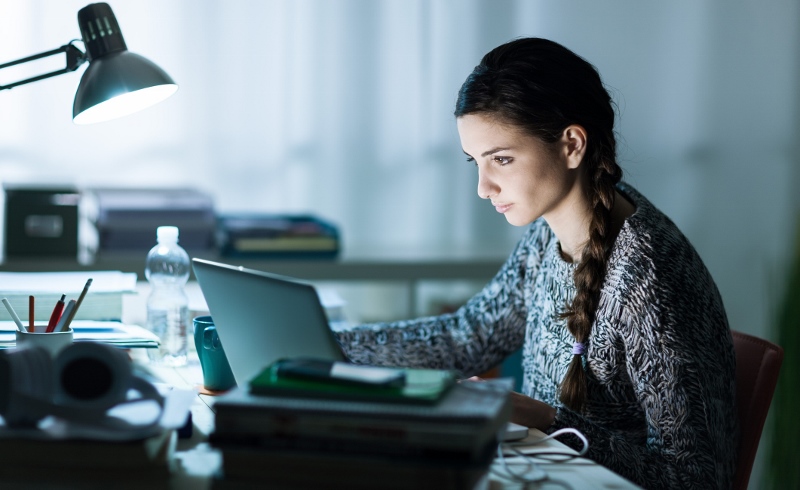 Already over 3 million students are enrolled in online degree programmes at traditional universities in the US today, not counting online courses from alternative providers. Studying at home might be less fun, but in the age of lifelong learning it’s of growing importance. Photo: iStock.com/demaerre