“My God, it’s full of...
Back
Researchers assume there are at least 50 billion planets in our Milky Way. With this famous quote from the movie “2001: A Space Odyssey”, the international press commented this estimate, based on the results of the Kepler space telescope. Among those planets, at least 500 million orbit their home star within the “habitable zone” – the planet-star distance where liquid water seems possible. And this is only a cautious estimate. Twenty years ago, the first exoplanet – a planet orbiting another star than our Sun – was discovered. Today astronomers find them almost on a daily basis. The Kepler telescope is mostly responsible for this acceleration: it closely observes about 150,000 stars in a Milky Way section in and near the constellations Cygnus and Lyra. The flying telescope travels an unusual course: it doesn’t circle Earth and isn’t geostationary, but “follows” the Earth around the Sun to avoid Earth’s shadow. Looking for planets, Kepler uses an indirect detection method: whenever a planet passes in front of its star, the starlight slightly darkened. This transit method works best with planets that have a small orbit, plus they need a certain size to be detected. 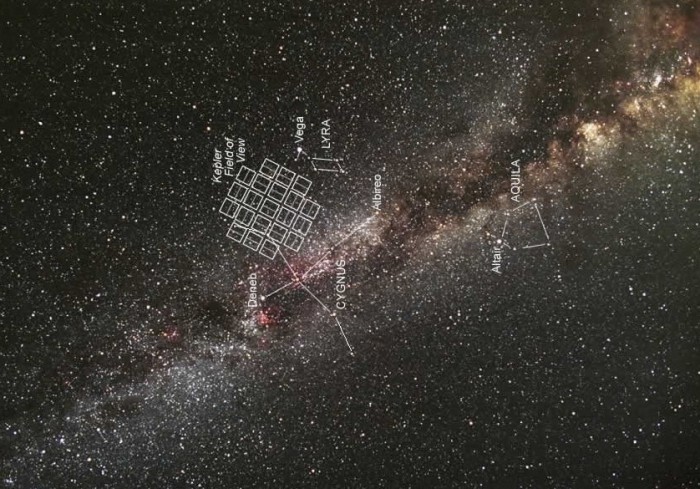 Far away, bizarre worlds have been found: huge rocky planets closely orbiting red dwarfs – small and cool stars that are very common but not easily observed – in a tidal lock. If they had a watery surface, one half would be constantly boiling, the other would be frozen solid. But on Earth, black smokers in the deep sea have shown that life can flourish even in the most unlikely places. Kepler’s newest spectacular find is an extremely old planetary system, stellar seismology methods estimate its age at 11,2 billion years. Head researcher of this study, Tiago Campante from the University of Birmingham: “These findings change the way we see the Universe fundamentally.” This shows that during much of the Universe’s 13,8 billion years history, Earth-sized planets had been formed. 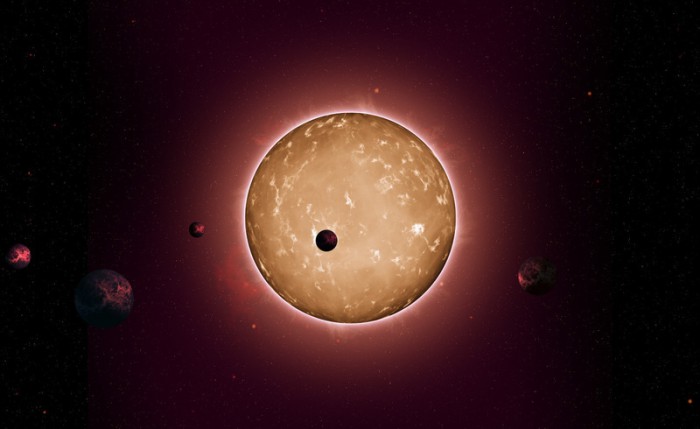 Habitability has many prerequisites, not only distance from the star: a star needs to live long, meaning several billion years, for life to be able to form on one of its planets. The planet or moon not only needs a surface, but also needs to be comparatively heavy to retain an atmosphere – planets without atmospheres cannot sustain liquid water on their surfaces. Ideally, the planet needs a stable axial tilt for a stable climate – our Moon does that job for us; plus a liquid metal core providing a magnetic field to deflect cosmic radiation would be great. And those are just a few prerequisites – this is one reason why finding extra-terrestrial life is taking so long. There is an entire research branch tackling the Big Question: is there life out there – and how are we going to see it? Here’s one trick: if the home star’s light shines through a planet’s atmosphere, and a large future telescope might manage to catch this moment, the colours of this light, called spectral fingerprint, tells the researchers what elements and molecules are in this atmosphere. If a planet had life as we know it, its atmosphere would show water, oxygen and an oxygen-reducing gas like methane. 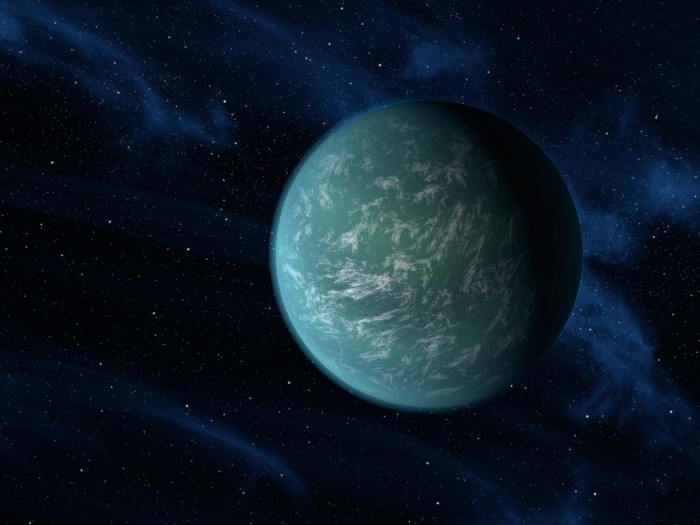 Artist’s impression of Kepler-22b as an oceanic “super-Earth” within its star’s habitable zone. Credit: NASA/Ames/JPL-Caltec

Lisa Kaltenegger is an astronomer currently modelling the atmospheres of exoplanets. She explains that we need larger telescopes to analyse the comparatively thin atmospheres of rocky planets, like the planned James Webb Space Telescope, or better earthbound telescopes. “Then we will be able to put our Earth into context: is it the norm? Is it an exception? And we might even get a glimpse of Earth’s future,” the Austrian researcher explains; she heads a research group at the Max Planck Institute for Astronomy in Heidelberg. “Our generation, and the generation after us, will discover the worlds around us. This also means: we are not alone anymore.” 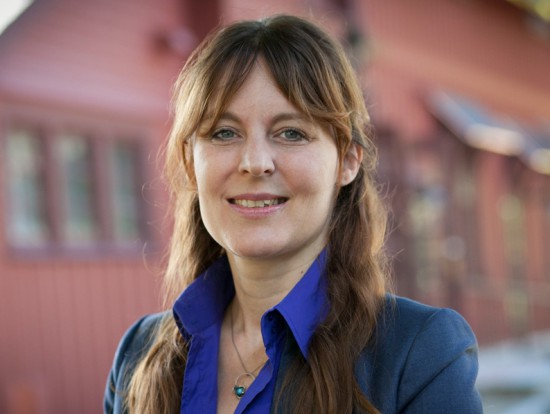 Are we alone in the Universe? This month, the Kepler findings triggered a lively discussion at the 2015 AAAS Annual Meeting in San José: should the SETI project (Search for Extraterrestrial Intelligence) send strong radio signals to promising worlds in the Cygnus constellation? Some researchers like Stephen Hawking claim that if aliens would visit our Earth, they might be conquerors and therefore we should remain as silent as possible. David Brin, astronomer and science fiction author, proposes a five to ten year moratorium for a broad discussion on how to proceed. Brin’s stories deal with different life-forms in a fictitious “Uplift Universe” – with the ubiquity of planets around us, it seems as if the science fiction of the past has become the science of the presence. 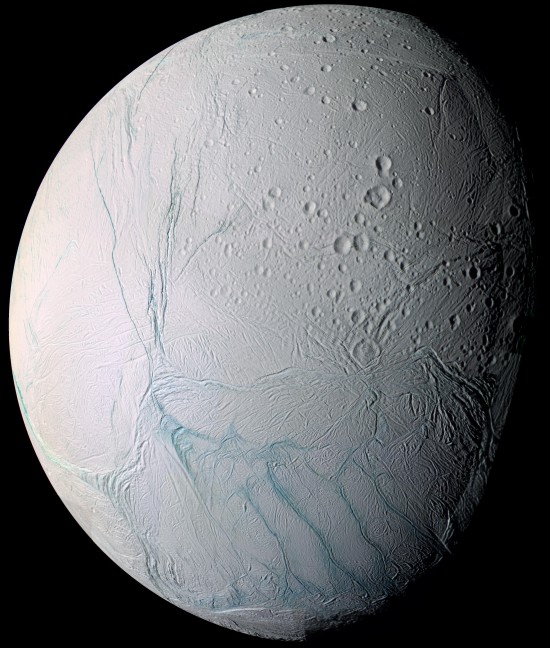 Mosaic photo of Saturn’s moon Enceladus taken by the Cassini probe, showing the south polar region. This moon exhibits liquid water – although outside the habitable zone. No exomoons have been found yet, but they probably exist and they could also have water on or below their surface. Photo: NASA/JPL/Space Science Institute