“Magical Glasses” – Finding Mutations...
Back
The human body is constantly attacked by bacteria and viruses, this is also true for animals and plants. And this “selective pressure” was probably part of life on Earth from the start. As a result, the human body has developed many effective defence lines, divided into the categories of innate and adaptive immunity. Bruce Beutler has received the 2011 Nobel Prize in Physiology or Medicine for finding an important receptor that helps trigger the innate immune response: the toll-like receptor TLR4. He shared the prize with Jules Hoffmann, a Luxembourg-born French biologist. 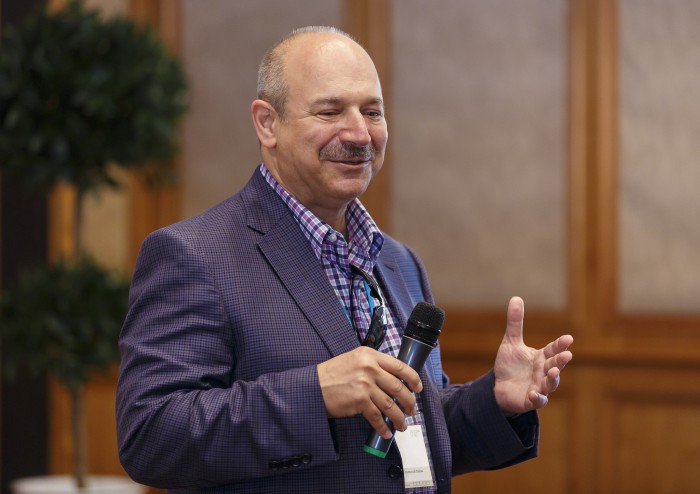 Bruce Beutler gave a lecture on June 30, 2015 at the 65th Lindau Nobel Laureate Meeting, and had a discussion session with young scientists. Photo: Rolf Schultes/LNLM15

It took Beutler and his team five years to find this receptor in the mouse model. TLR4 helps LPS molecules to cross the cell membrane: an important step in launching an immediate and strong immune reaction. Nowadays, with massive parallel sequencing available, and with an extensive and growing database on the mouse genome and its mutations that have phenotypic implications, Beutler’s team is able to find the genes that cause a phenotype difference within one hour!   You might wonder: How is this even possible? Well, a lot of work needs to be done prior to these “quick” results. First, mutations are caused in male mice by the chemical mutagen ENU. This first generation of mice, called G1, is genotyped and backcrossed. In G3, the researchers try to reach homozygocity for some mutations. These mice now undergo thorough phenotype screening, including not only visual inspection but also many blood tests and screens concerning their immune system – immunity still being Beutler’s main area of interest. This whole approach is called “forward genetics”. 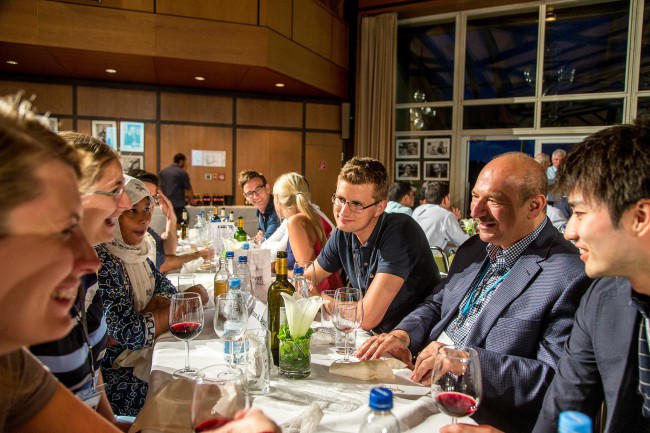 Bruce Beutler is director of his own lab at UT Southwestern Medical Center in Dallas, Texas. In this photo, he is discussing his work with young scientists at the 65th Lindau Nobel Laureate Meeting. Photo: Christian Flemming/LNLM15

As soon as the screening results are transformed into data, statistical computation takes over and creates Manhattan plots of the likely genetic mutations. And the more mutations are known, and as the database grows, these plots get more and more precise. The bottle-necks are the time it takes to “create” the next generation, i.e. the mouse childhood, and the screening time. As of today, 67,76% of all mouse genes had been affected by the work of the Beutler lab, and 45,91 % of all genes could be transferred to homozygosity.   In the “Nobel Lab 360°” about his work, Beutler explains how his research is not driven by hypotheses; he calls this an “unbiased approach”. “People have a tendency to want to be right,” the geneticist explains, “so they might unconsciously forget about some important test.” To avoid this problem, he formulates no hypotheses about how a system works. This way, his lab discovers something new every day, something they didn’t know before – usually one or two mutations per day that cause phenovariants.   Bruce Beutler and his team keep searching for mutations that affect immunity. Their results will change our understanding of infections, allergies and autoimmune diseases – a growing health problem. Years ago, Beutler wanted nothing more than “magical glasses” that could show him immediately which mouse had which phenotypical trait due to which mutation. Now, with his unique real time approach, he finally has something close to these “magical glasses”.