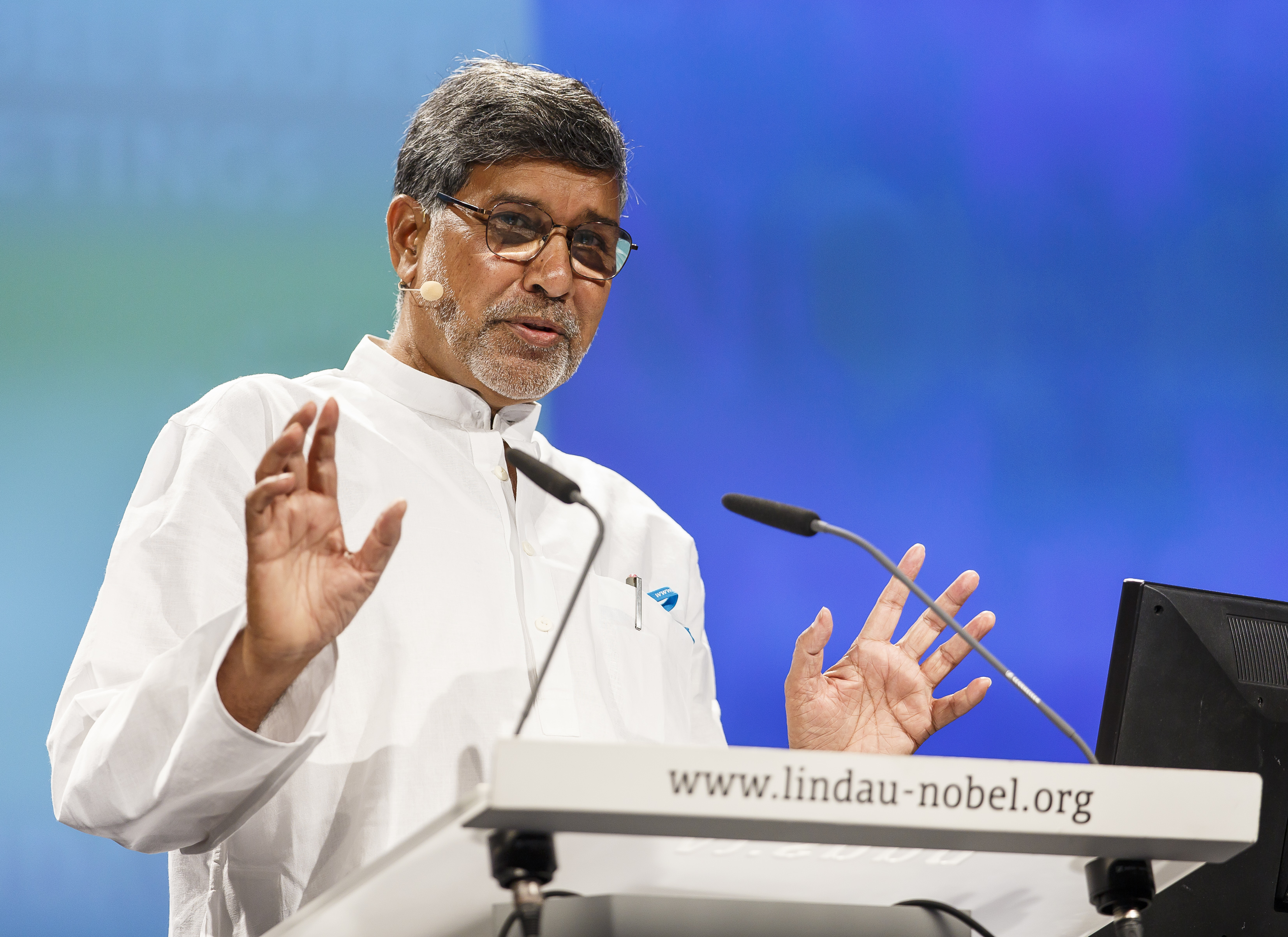 Dressed in a crisp, white kurta, the winner of the 2014 Nobel Peace Prize cut quite an imposing figure on stage at the Bodensee-Gymnasium high school in Lindau. He addressed a roomful of 11th grade students, breaking the ice with big, booming hellos and a joke. Over the course of the next hour, he told them about his work—a narrative peppered with illuminating anecdotes and a lot of inspiration. Satyarthi walked them through his now storied struggle against child labour and child trafficking in India, the national and international campaigns he has led to further the cause, the successes and the work that remains to be done. He inspired a new movement in India for liberating child slaves—84000 children have been rescued thus far. He has led social campaigns that have culminated in policy changes at the highest levels: the Indian Constitution has been amended to make education a child right and new international laws against child labour have been passed.

Selfie with my new friends at a high school in Lindau, Germany. They promised to join #Childhoodfreedom @lindaunobel pic.twitter.com/W0O09abEw9

An exuberant Satyarthi then shared his plans to launch his largest, most ambitious campaign yet, for which he hoped to recruit 100 million young people across the world, who would unite to rescue 100 million less fortunate children. He repeatedly emphasized that no problem in the world is isolated. “People can’t live in islands of prosperity anymore,” he said. He urged the students to start thinking globally and warned that no one was truly safe as long as there were poor or underprivileged people anywhere in the world. To illustrate the power of consumers, Satyarthi narrated his efforts in leading the first ever consumer awareness campaign in Europe and the US against the use of handcrafted rugs and carpets made by children from India. The campaign culminated in the introduction of labels that certified products as child labour free and sensitized consumers to pay heed to the origins of the products they buy. Being aware and spreading awareness is one way to contribute to change, he summarized.

“I want to ignite the change in you,” he declared in conclusion. He enjoined them to act: “Don’t stand on the fence and cheer. Jump in the ring.” 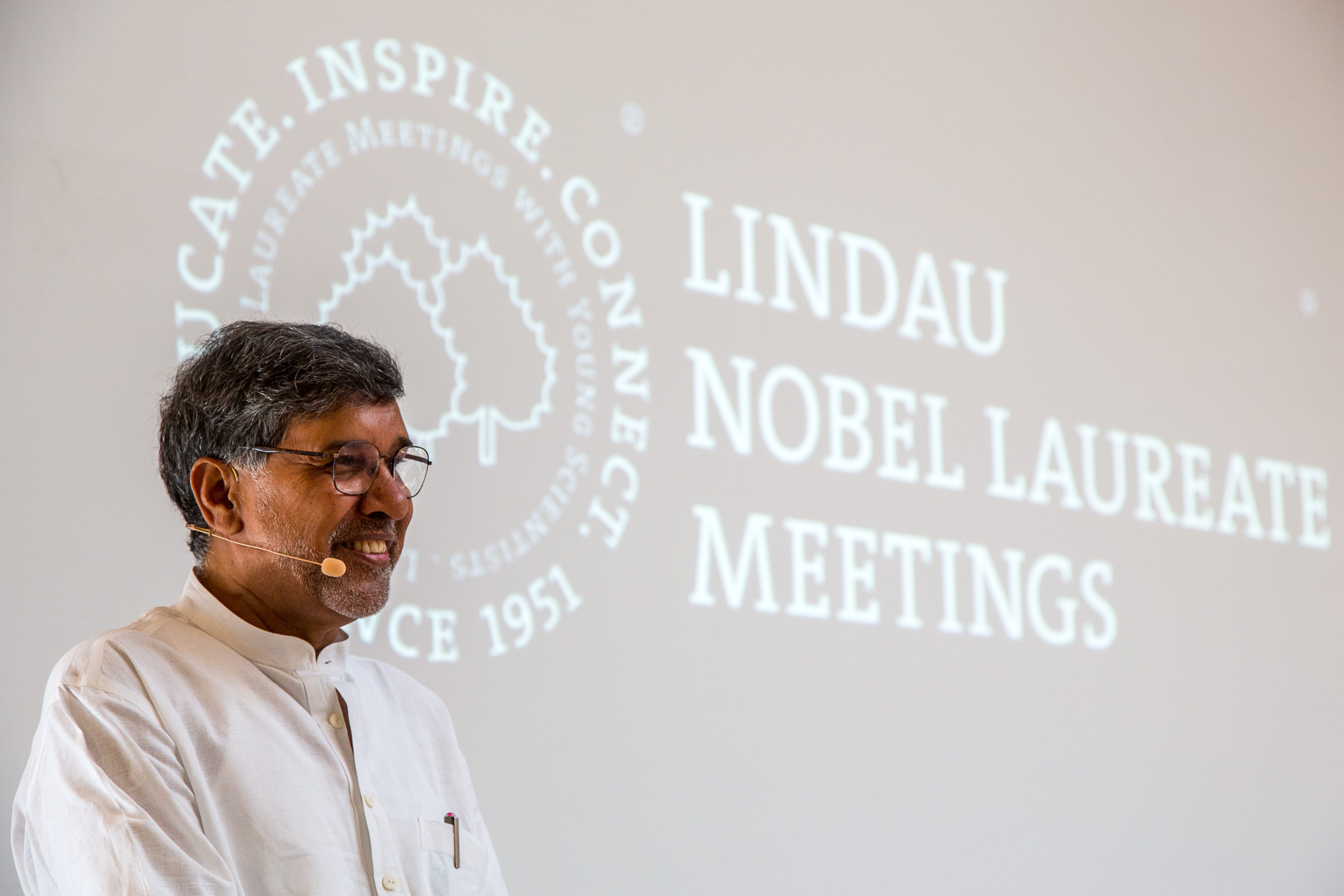 In an interview with the Lindau Blog after his interactions with the students, he shared his expectations and experiences at the Lindau Nobel Laureate Meeting, and how he thinks scientists could help further his cause.

What is the most significant impact that the Nobel Prize has made to your efforts?

Some difference is visible, but I won’t call it a big difference unless I see things changing on the ground, and at the higher levels of policy. I can give you one instance of change: I have been campaigning for the inclusion of explicit language in the sustainable development goals, which are going to be rolled out soon. People were listening, but not at the highest levels. After the Nobel Prize, I have been able to take it to the UN Secretary General and many Heads of States. And I see lots of support. So hopefully it will be done by September. Another example is in India where I have been demanding for an amendment in the law against child labour for many years now. Now, the present government has introduced a new amendment. I’m not very happy about this amendment. There are a lot of lacunas. But again, I’ve been able to talk to people at the top, and I have more or less convinced them to bring it back to the Union Cabinet. There are some good signs, but these have to be translated into action on the ground.

Did you have any expectations coming to the 65th Lindau Nobel Laureate Meeting? What will you take away from your time here?

My expectation was simple and clear. Scientists—both Laureates and young scientists whose voice, knowledge and presence matters a lot in the world—should not remain alienated from some of the harsh realities of the world. They are very busy in their laboratories pushing the frontiers of knowledge, and the world is using that knowledge. Especially after I got the Nobel Prize, I have come to realize that the moral power that Laureates enjoy is largely going unharnessed, especially in the betterment of children’s life (since that is my personal mission). I hope to convince these people to speak up and help raise awareness. But first they have to be sensitized. I’m sure that many people who I spoke to here were sensitized about these issues. For some it was shocking. I wanted to challenge their conscience.

What is the most striking difference between speaking to school children and addressing adults, like the scientists at the Meeting?

I’m always better connected with the children and young people. Their hearts are pure, their minds are still open, they are more unbiased and have fewer inhibitions.

What was impression of the pupils whom you interacted with here in Lindau?

Youngsters are more or less the same all over the world. Depends on how we connect with them. They are full of potential, idealism and energy. They are hungry to do something. If we are not able to give them anything worthwhile, frustration is bound to ensue. I’m quite pleased to interact with them, and I could see a great response from them.

Nobel Laureates have a bigger reach and platform. What about the average scientist who wants to make a difference, how can they help?

They can help in many ways. One is by spreading their knowledge of fundamental sciences to others. There’s a big gap between scientists and the non-scientists. I like to call it democratizing science. They can also take out a little bit of time to visit schools, however occasionally, to teach children. The most fundamental thing they should strive to inculcate in young minds is that science must not be misused by vested interests. There are also other problems on the horizon like climate change, where they can play a huge role. Scientists need to come together to solve such issues. 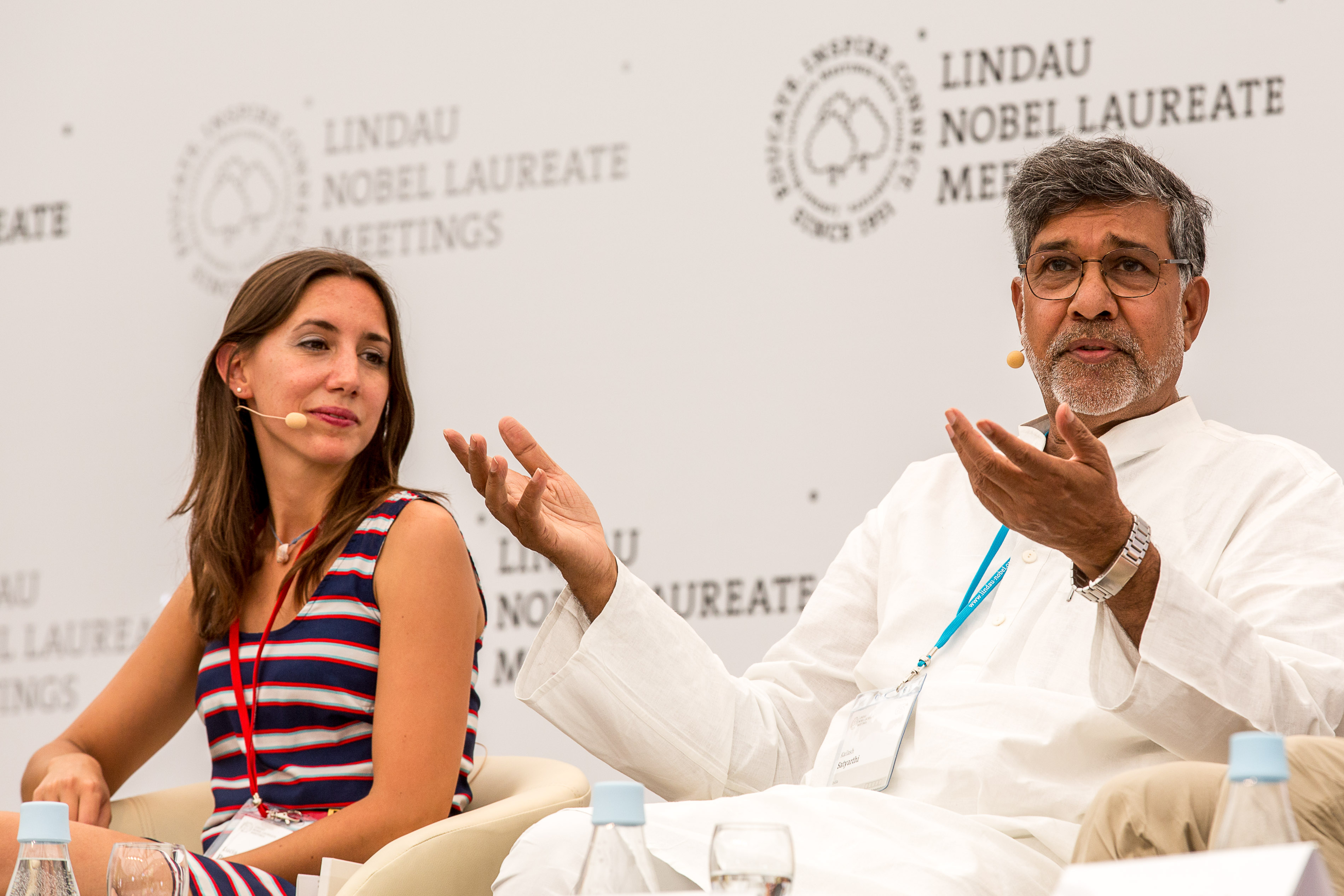