Women in Science: Some Global...
Back
Do women scientists still encounter issues in their careers that men don’t face? What do young scientists think? Does it depend on where the scientist is from? What better place to find out than the Lindau Meeting? This year’s meeting has 650 young researchers from 88 countries, and about 42% of them are women. 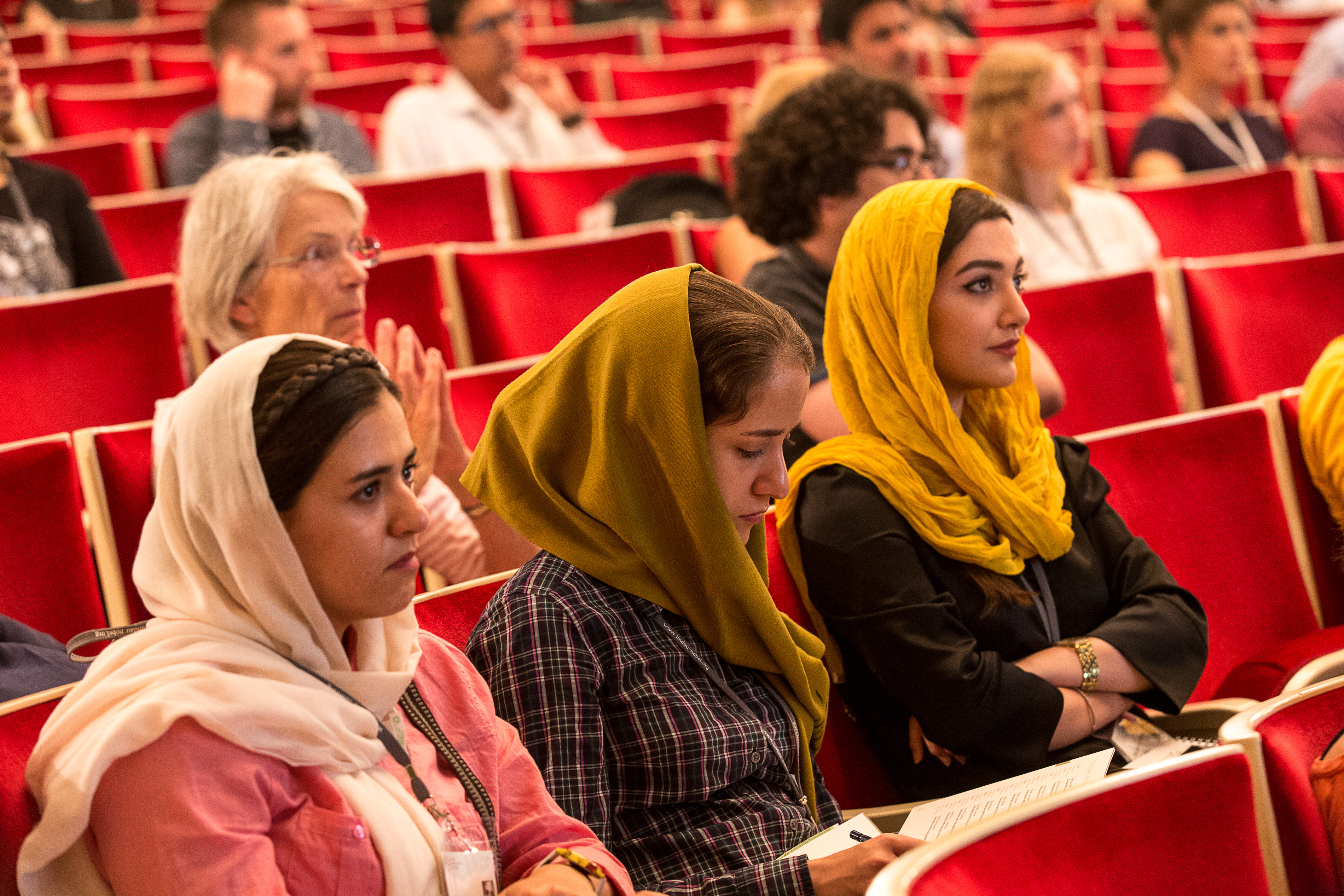 While the majority agrees that there are issues specific to women that need to be addressed, whether through systemic policies, support or education, it is immediately apparent that more men disagree. 9 out of 25 men surveyed said that they think there is no issue. Some of them don’t see breaks in careers as detrimental; others think the problems are similar for men and women. A few of them, all physicists, honestly admitted that they simply didn’t know enough women scientists to know what the issues are, which makes a case for promoting more awareness. On the other hand there were only 2 women (out of 25) who said they didn’t believe women had it harder than men. “They say that it’s such a big problem. Where I live it’s not hard,” said one young woman from Germany. The majority, however, believed there were differences, the extent and flavor of which were different in different countries and cultures. “It is an issue, not just in Mauritius, but across Africa,” said Vidushi Neergheen-Bhujun, a member of the Global Young Academy, which has a ‘women in science’ group actively involved in mentoring young women. “Science is still sexist especially in terms of the opportunities we get,” she added. The situation in India is similar in many ways. Seema Mittal, a young scientist at the India Innovation Research Center said, “I see fewer women around me wanting a career in academia given its challenges—bureaucracy, power structures, balancing family.” Networks and mentors go a long way in working around bureaucracy, and she feels men have much stronger networks that they can tap into. Some cultures pressure women into starting families early. The burden of caregiving also falls largely on the woman in these cultures. Researchers, both men and women, from Pakistan, Cameroon and Iran observed that this was responsible for large numbers of women dropping out of science in their countries. Notably, men from these countries, and from India too, were quick to offer introductions women participants from their countries to talk about these issues—they didn’t perceive themselves as part of this dialogue. To make any progress towards equality, a big part of the efforts in these countries need to focus on raising awareness, both amongst men and women. 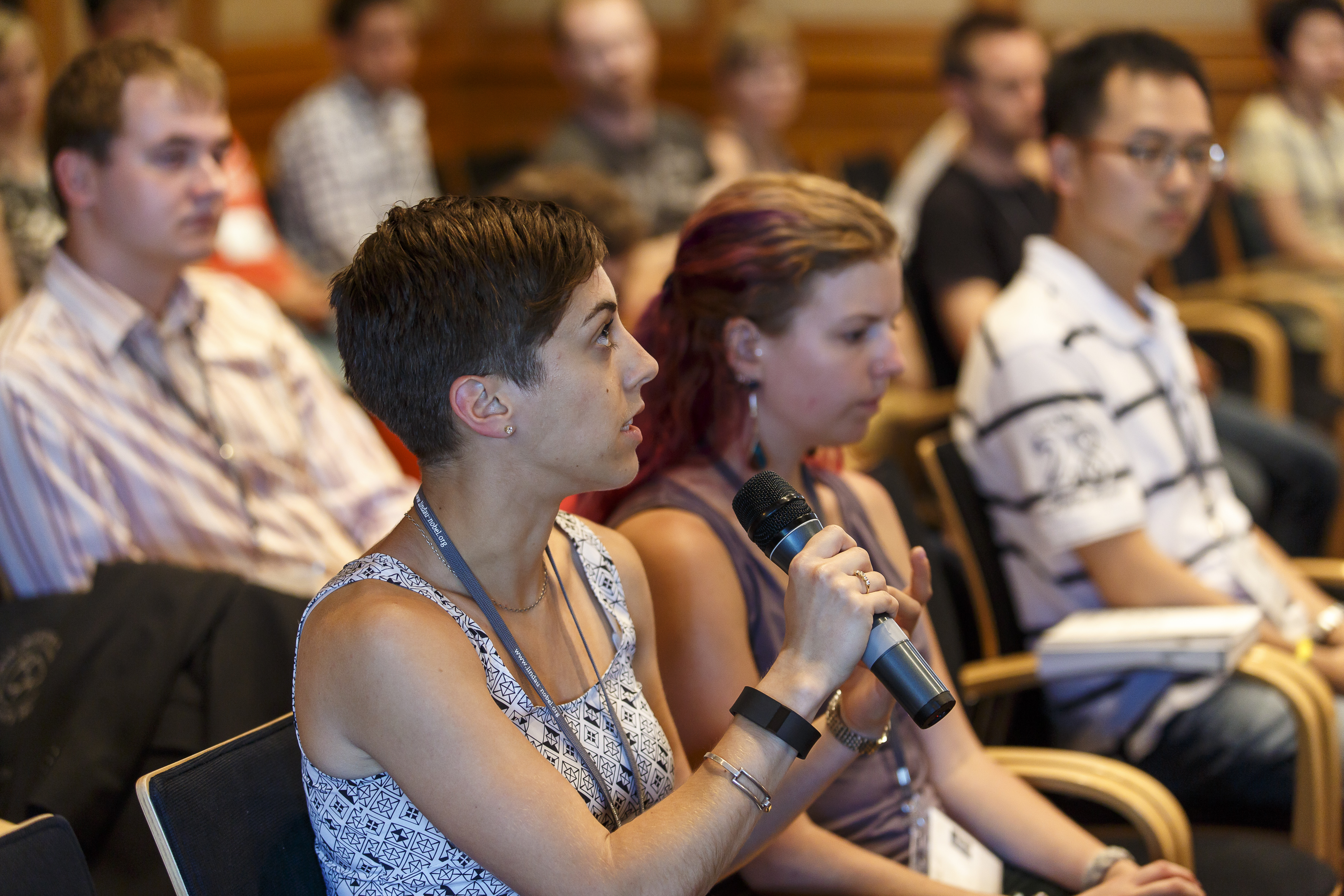 There were, however, many women who acknowledged that they had personally never encountered significant bumps in their careers so far on account of their gender. Most of these women were from Europe and the US. But they do foresee problems along the way. “What I notice in my own life and in others is that having a family is when problems come. Universities are supportive; they do want to hire women. But it is hard to make it work especially with the nomadic life of a postdoc. I see a lot of people leave the field if they feel they can’t combine that. It’s not a matter of flat out discrimination. It’s simply that more often, women choose family over career. It’s the way the system is developing,” said Else Starkenburg from the Leibnitz Institute for Astrophysics, Germany. Starkenburg even spoke at one of the Meeting’s master classes about what she called the “leakiest part of the pipeline” for women, the postdoc years. She proposed several solutions that could help: paid maternity leave, paternal leave options, support for travel with caregivers and child and return/part-time fellowships. She urged people to counter biases with information and also think about their own biases. In the ensuing audience interaction, one young scientist from Caltech insisted that men need to be invited to participate in this dialogue. “Mandating maternity leave is not a good idea unless you also mandate paternity leave. We keep reinforcing the bias when we talk about it only as women’s issues,” she said. Following up on her idea, young male scientists were asked whether they would take paternity leave if offered. Only five (out of twenty-five) said yes, they would. Out of these, one of them, a German, had indeed availed of paternity leave, and was happy to report that he hadn’t suffered any adverse consequences as a result. Two others were from Greece. “In Greece, we have mandatory nine months of military service. We take a career break for that anyway. So we don’t think a paternity break will be that different. In fact, we’d much prefer the latter,” they said. Six out of twenty-five men said they weren’t sure about taking time off and may consider it if the situation allowed it at the time—if their wives worked in a stable, well-paying job or they weren’t in a crucial transition period in their careers. The rest said no, even though some of them had previously acknowledged that women’s issues in science need to be recognized and better support provided. Fifty percent of the men believed it would affect their careers. While the idea of fathers taking time off is still very new, it is being increasingly considered in some countries and may prove to be a good equalizer. South Africa is among the nations that has done well in promoting women in science. “There is support all the way through our careers. These efforts have been around for about 20 years now, and there is a visible change,” said Deveshnie Mudaly. This is also true of Israel, which offers many schemes and fellowships to support women. Rules that require faculty applicants to do postdocs abroad complicate matters, since it is hard to relocate with family, but efforts are on to change these stipulations. While the so-called baby penalty monopolizes much of the dialogue about women in science, there are other facets to consider as well. “Women don’t self-nominate themselves for opportunities,” said Laurel Yohe, a young researcher from the US. She added that it is also important for women to be aware of things that are not natural to them, like negotiation skills. “Just being clued in to these things early on would help,” she said. Another problem that repeatedly surfaced was the lack of role models and mentors for young women to look up to and learn from. Even in countries where there are increasing numbers of women students and postdocs, there are significantly lower numbers of women professors. Paige Cooper, also from the US, said, “Having women to talk to would be most useful—women who are older, who are mentors, as well as peers who share my experiences.” Qianyuan Tang from China pointed out that stereotypes are a big problem. “There is a mistaken notion that women are not good at mathematics. Even though it is not true, hearing it often and from an early age makes some women less confident of their own skills,” he said. Another policy-level solution that has been tried in Europe is reservation. New laws in many countries require companies to increase the number of women in their boardrooms. This has provoked many mixed reactions. One young female scientist hailing from Italy was against this practice. “Quotas are not good. In many ways, they are counter productive,” she posited. “It is not uncommon to hear people—both men and women—say, that you got the job because you are a woman.” 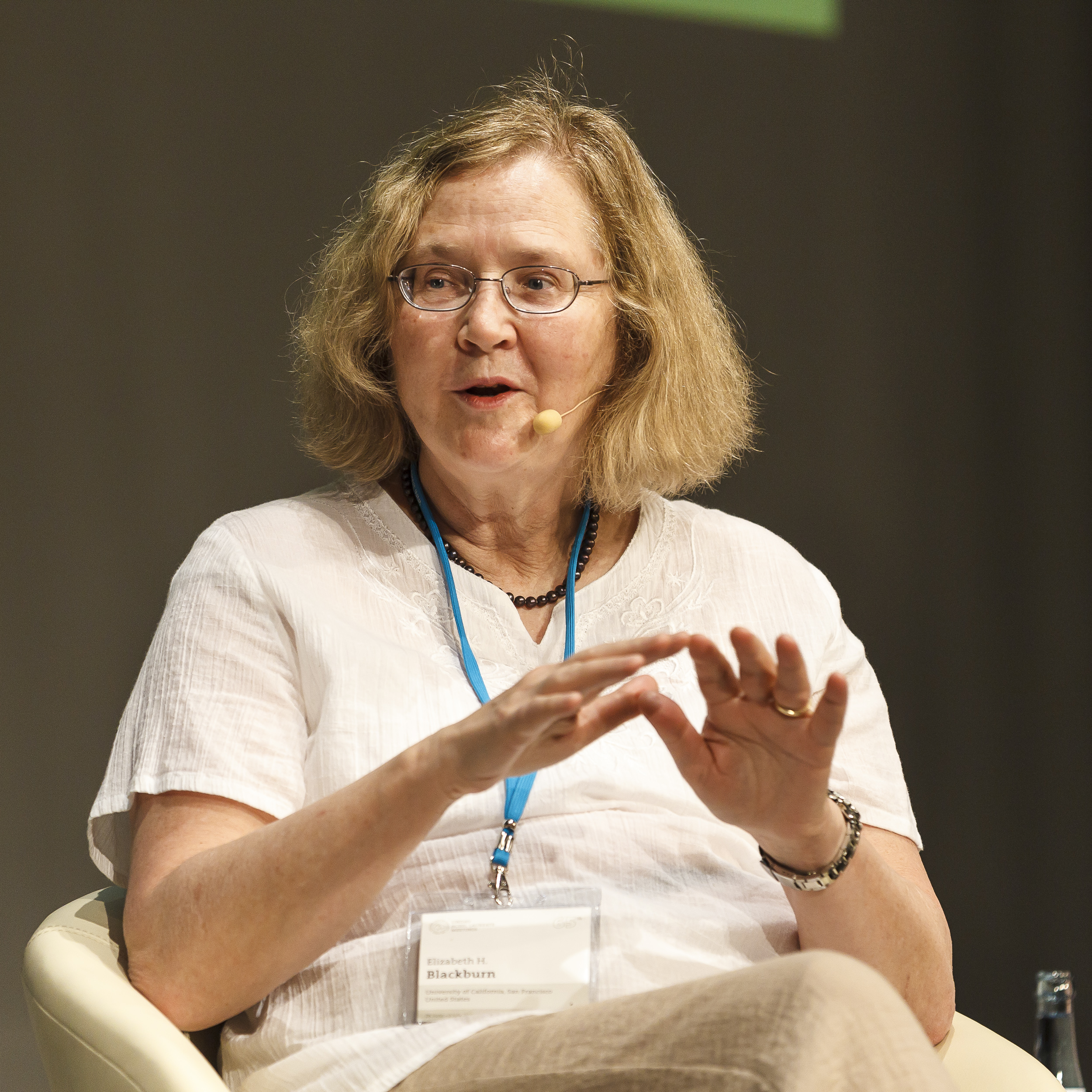 Nobel Laureate Elizabeth Blackburn has successfully juggled family and career. She believes that good childcare, a supportive spouse and a network of peers can help women sustain their careers in science through the demanding baby years. She maintains, however, that there are significant conscious and unconscious biases that women still have to battle in the workplace. “People will say they are not sexist. But there are a lot of unconscious biases that they are unaware of,” she said. She hopes that things will change, that younger people may have views that are more informed by open discussions of these issues. She is among those who believe that gender quotas would help to counteract unconscious biases. Many things still need to change to improve the gender balance in science. Some countries have a much longer way to go before they become truly inclusive, while others are farther along that road. It is heartening to note that the women, on the whole, are hopeful and optimistic about the years to come. “Of course, I wish it weren’t an issue any more, but things are definitely much better today,” said Moran Shalev Ben-Ami from Israel. Several scientists pointed out that the Lindau Meeting itself is a case in point—while only 3 out of 65 Nobel Laureates were female, the number of young women scientists attending the Lindau Meeting was almost equal to the number of men. Many young scientists expressed the hope that things will only get better as people age out of preconceived notions that may have existed in the past. The fastest way forward is to be vocal, raise awareness about particular issues, ensure that men are a part of the dialogue and the proposed solutions, and to learn and incorporate successful practices from other countries.