Daily Recap, Friday, 3 July...
Back
The last day of the 65th Lindau Nobel Laureate Meeting was certainly a day that produced lasting memories for all who were involved. 36 Nobel Laureates banded together for an appeal to the political leaders of the world – the Mainau Declaration 2015. Here are some impressions:

Some of the signatories of the Mainau Declaration 2015 on Climate Change on stage just after the signing. Image: Ch. Flemming/Lindau Nobel Laureate Meetings. 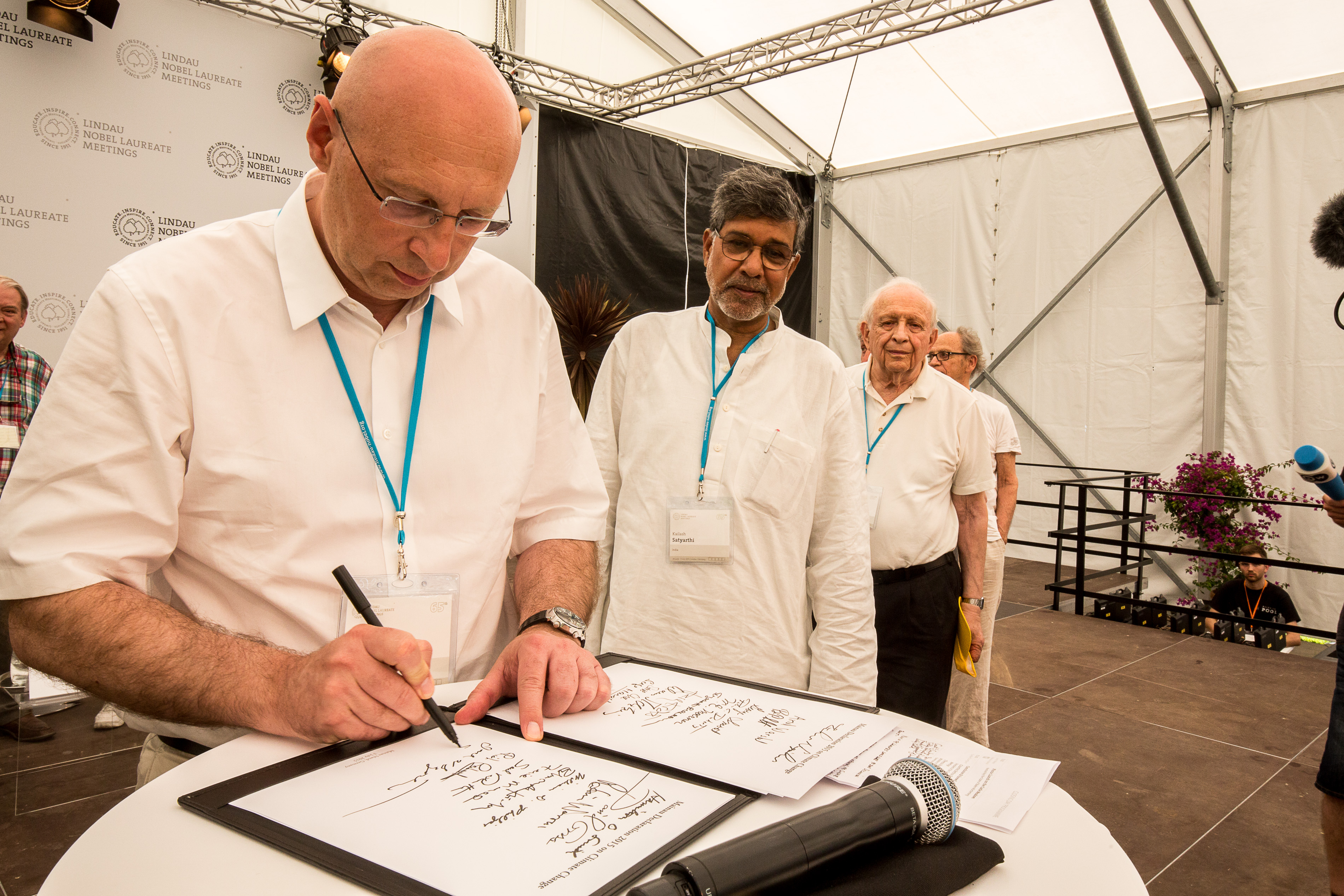 For more photos please visit our official FlickR photostream.   Blog post of the day: One day before the Mainau Declaration 2015 was signed Nobel Laureate Brian Schmidt took the time to talk about the goals of the appeal and how it came about. Click here to read the report   Besides the declaration a very interesting panel discussion on science education took place featuring Nobel Peace Prizewinner Kailash Satyarthi, among others. A full-length video of this discussion will be available at our mediatheque shortly.   Tweets of the day:

My final pic #LiNo15, the Castle at Mainau where we all took part in the (hopefully) historic #MainauDeclaration2015 pic.twitter.com/urN2S79pDC — Paul J Berkman (@pjberkman) July 3, 2015

First,some heavy luggage. However, the most important things from #LiNo15 won’t fit in any suitcase. And yet I’ll always carry them with me.

This post will conclude the 2015 Daily Recap. #LiNo15 was a great event that brought together some of the world’s most inspiring people. Thank you to all Nobel Laureates, young scientists, guests of honor, media representatives and everyone else who was involved.

Max Benatar is a communications intern for the Lindau Nobel Laureate Meetings. He graduated in Communication and Cultural Management and is a great nature and outdoors lover.