18 Nobel Laureates Support Saudi...
Back
In an open letter to the French president of the King Abdullah University of Science and Technology KAUST in Jeddah, they urge him to speak up for the convicted Saudi Arabian blogger Raif Badawi. Certainly the 18 Nobel laureates discussed at length how to approach this subject and whom to address with their concerns for Badawi’s health and life. They chose the French president of the now five-year old KAUST university, the civil engineer Jean-Lou Chameau. The laureates write that “the fabric of international cooperation may be torn apart” over this issue. They continue, “We are confident that influential voices in KAUST will be heard arguing for the freedom of dissent.” The Saudi government wants KAUST to become an important international research hub, so these practically unveiled threats to withdraw cooperation might indeed touch a sore spot. Badawi had been sentenced to 1,000 lashes in public, ten years in prison and a severe fine, for setting up a –now defunct– website promoting freedom of speech in the authoritarian kingdom. On January 9 this year, he had been flogged fifty times in front of a mosque in Jeddah after Friday prayers. His next flogging on Januar 16 was postponed because his wounds from the previous week’s flogging had not healed. This logic reveals the cruelty and absurdity of corporal punishment – someone has to heal in order to be hurt again. 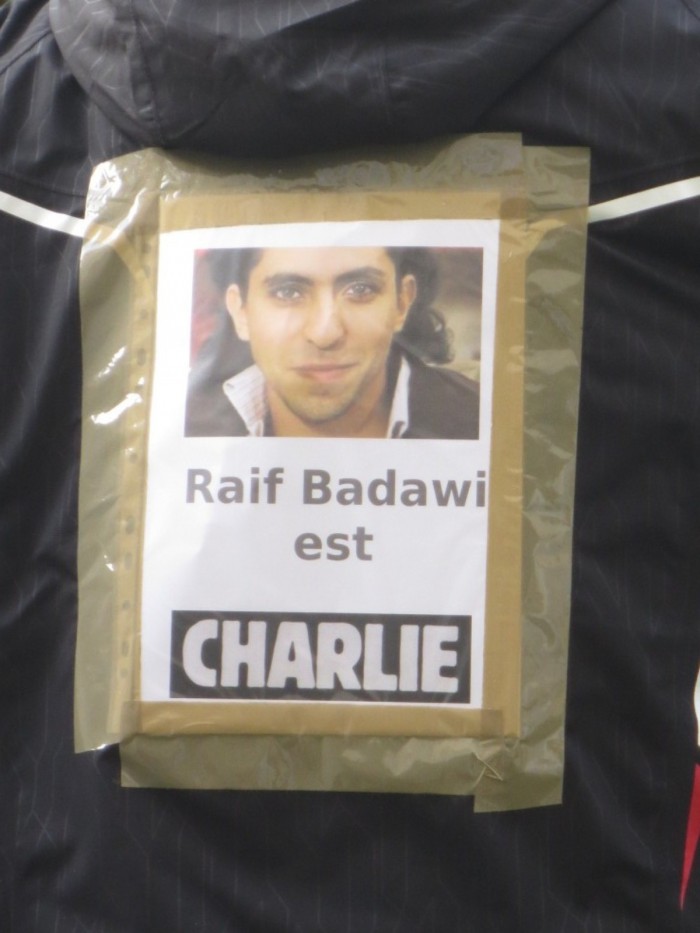 Raif Badawi’s picture on the back of a participant of the January 11 rally in Paris against violence and for freedom of speech. Photo: Alvaro, Wikimedia CCL 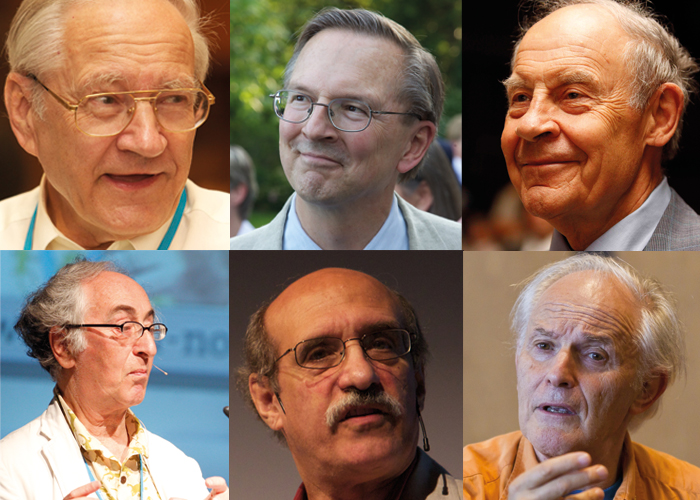 Many of the laureates who signed the letter to KAUST are also regulars in Lindau. Among them (from left to right) are Richard Ernst, Jack Szostak, Dudley Herschbach (upper row), Brian Josephson, Martin Chalfie and Harry Kroto (lower row).