The Mississippi Baby and its...
Back
The child which was thought to be cured from the virus suffered a relapse – what does this mean for Research? During this year’s Lindau meeting, Nobel laureate Francoise Barré-Sinoussi could still announce that the Mississippi baby was considered ‘functionally cured’ – standard clinical tests could not detect the virus in her blood. Shortly after it became known that a routine doctor visit revealed HIV antibodies and a low T-cell count in the little girl, so doctors started her again on antiretroviral therapy. This news was surely devastating for her family. What implications does it have for HIV and AIDS Research? The Mississippi baby had been treated for about 18 months with antiretroviral drugs, after having been infected at birth. Although her mother discontinued the treatment for unknown reasons, doctors could find no traces of the virus for more than two years. This development was a sensation, raising hopes about complete cures for newborns with the help of strong medication. Now this approach needs to be adjusted, newborns need to be treated over longer periods of time. 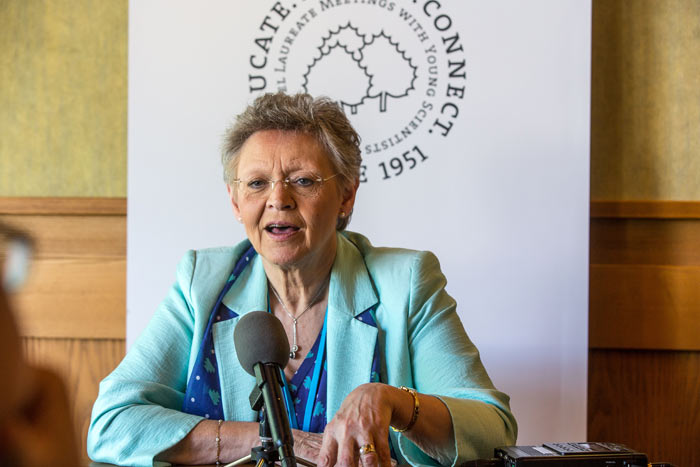 What conclusions does Francoise Barré-Sinoussi draw from this new development? She is a Nobel laureate, HIV researcher and co-chair of the Melbourne AIDS 2014 conference that started right after the Lindau meeting. Her comment at the conference in the Guardian: ‘What has been most encouraging was that the time the virus stayed under control off treatment, or in remission, was significantly longer than what we have ever witnessed before. The Mississippi infant was virus-free for a remarkable 27 months.’ She also reasons that better tests are needed to find the virus ‘hiding’ in inner organs, in secret ‘reservoirs’. She doesn’t talk about an ‘HIV cure’, she prefers to talk about ‘permanent remission’ – a condition where the disease cannot develop in the body and cannot infect others. She concludes, ‘There is plenty of data that are telling us that we can make progress. There is no reason not to be optimistic.’ At the Melbourne conference this July, researchers announced that two Australian patients became HIV-free after receiving stem cells to treat cancer. Unfortunately, the risks of stem cell therapy are far too high to make it a routine treatment for HIV infections. Both Australians are still on antiretroviral drugs, as a precaution. There is only one lucky patient so far, the so-called ‘Berlin patient’, who received stem cells from a donor who had a rare antiretroviral mutation: he is still considered virus-free. 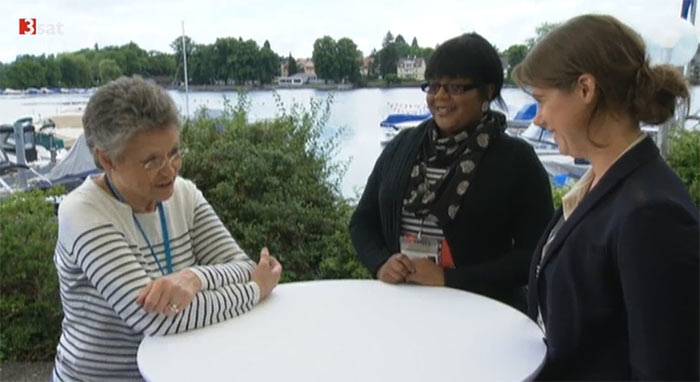 Since antiretroviral drugs can only reduce the viral load and thus prolong life, but offer no cure, the development of an HIV vaccine seems to be the most promising way to stop the worldwide spread of AIDS. Around the world, researchers are currently working on about 30 different AIDS vaccines. Three young scientists that came to Lindau this summer are involved in this research and hope for scientific breakthroughs. Kipp Weiskopf from the US, Khei Koofhethile from Botswana and Angelique Hölzemer from Germany present their approaches in a video made at the Lindau meeting for German, Swiss and Austrian television. Weiskopf works on macrophages to combat cancer, Koofhethile and Hölzemer also work with these natural scavenger cells to develop an HIV vaccine. Hölzemer is working at the Ragon Institute of MGH, MIT and Harvard. She is quite optimistic, ‘There are so many clever heads working on this, I am sure that there will be a vaccine against AIDS at some point.’ During the Lindau meeting, these young scientists were able to finally meet their great role model: Francoise Barré-Sinoussi.