Nobel Laureate Steven Chu: To...
Back

Although it is called the Lindau Nobel Laureate Meeting, when I attended the gathering for the first time last year, one of the biggest revelations of the week for me was discovering that it really isn’t about the Nobel Laureates.

Oh, certainly the Laureates are an attraction for the 420 young scientists from around the world, but the big surprise was that the laureates themselves attend the meeting because of the young scientists.  The Laureates return year after year because they care about our planet and our future, and they believe the next generation of scientists represent our best hope for creating a better world.

Steven Chu is an American physicist who shared the Nobel Prize in Physics in 1997, for developing methods to trap and cool atoms using lasers. More recently, he served as Secretary of Energy of the United States for four years under President Obama.

I spoke with Steven last summer and he told me that he has attended the meeting about a half dozen times already, since winning the Nobel Prize.

In this short video I asked him why he keeps coming back and what message he has for the young scientists. 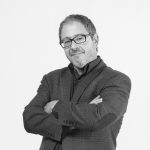