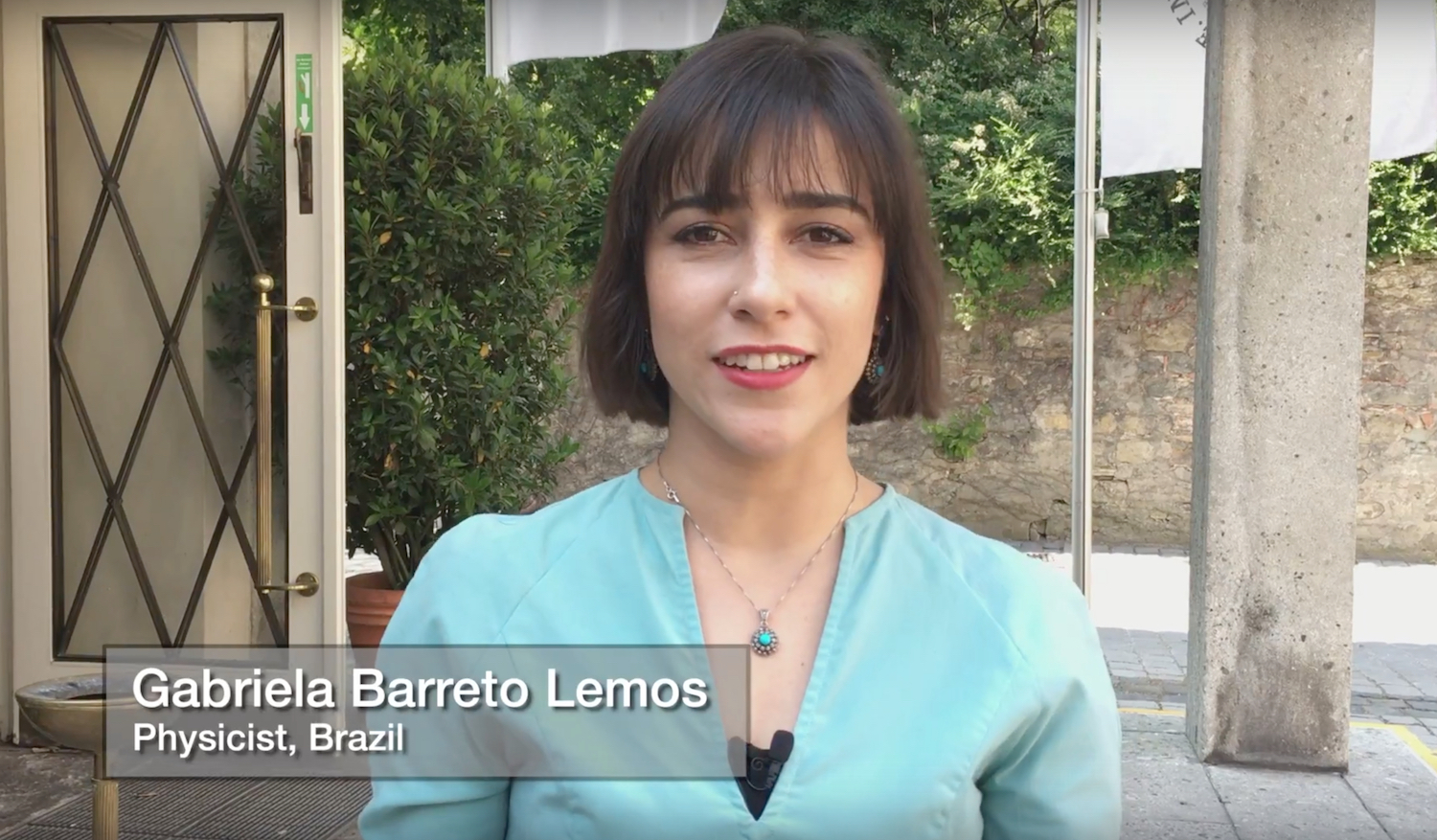 Last year I was invited to speak at the opening ceremony of the 66th Lindau Nobel Laureate Meeting.  And, finding myself amongst so many scientists – 30 Nobel Laureates and 400 young physicists from 80 countries – I felt like a kid in a candy store.  So many different flavours of physics!  So many interesting people to talk to.

In a forthcoming blog post I will elaborate on how I came to be in Lindau, and how excited I am to be returning (at the end of this month!) – to interview Nobel Laureates and young scientists of this year’s chemistry-themed meeting.

Stay tuned for new live and recorded videos throughout the week of the meeting (25–30 June 2017), appearing on YouTube and Facebook, with additional updates on Twitter. If you aren’t already subscribed or following these accounts, please do!  I’m looking forward to sharing some of the voices that will be heard at this 67th Lindau Meeting.

And, in the meantime, I will be posting videos I’ve produced from last year’s meeting.

… which brings us to Dr. Gabriela Barreto Lemos, a Brazilian physicist, doing postdoctoral work at the Vienna Center for Quantum Science and Technology. I spoke to Gabriela between sessions and I particularly like this first video in which she back-engineers how she came to love math and physics. It resonated with me. I have always felt the same way about certain subjects like history – that they require memorization of names and dates – whereas, math and physics problems can often be solved using only the information presented, as long as you understand the rules.  I used to think my high school physics exams were fun.  But I never felt that way about exams in other subjects.

In this second video, I asked Gabriela one of my favorite questions to ask scientists:  What is the question you most want the answer to?…

I’m looking forward to sharing more perspectives from both Laureates and attendees in the coming weeks!