Today, the Royal Swedish Academy of Sciences has awarded the Nobel Prize in Physics 2018 to three scientists: Arthur Ashkin (USA), Gérard Mourou (France) and Donna Strickland (Canada) for their groundbreaking inventions in the field of laser physics. 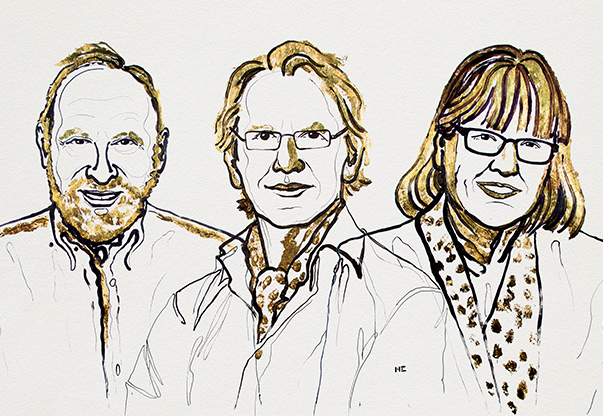 “Arthur Ashkin invented optical tweezers that grab particles, atoms and molecules with their laser beam fingers. Viruses, bacteria and other living cells can be held too, and examined and manipulated without being damaged. Ashkin’s optical tweezers have created entirely new opportunities for observing and controlling the machinery of life.

Gérard Mourou and Donna Strickland paved the way towards the shortest and most intense laser pulses created by mankind. The technique they developed has opened up new areas of research and led to broad industrial and medical applications; for example, millions of eye operations are performed every year with the sharpest of laser beams.”

Read more about the Nobel Prize in Physics 2018 here.

Learn more about the fascinating world of laser technologies in our topic cluster.