Alumni Reunion Lunch in Boston
Back

What happens when about fifty young students, postdocs and entrepreneurs, three Nobel Laureates and one Turing Award winner gather together for a long afternoon of wide-ranging discussion over a three-course lunch? Ideas collide and multiply, intellectual partnerships are forged and science diplomacy scores valuable points.

This was the scene that unfolded in Boston on the afternoon of 18 February during the annual meeting of the American Association for the Advancement of Science. The event was an alumni meet co-hosted by the Lindau Nobel Laureate Meetings and the Heidelberg Laureate Forum. Both events have been a superb venue to bring leading scientists and students passionate about science together.

I attended the Lindau meeting myself twice and wrote about the unique combination of intergenerational scientific dialogue, accessibility to very human Nobel Prize winners and amazing national diversity that permeates an intense week of lectures, workshops, one-on-one conversations and trips to scenic locations. Some of the participants forge lasting bonds during the meeting and keep in touch, but it is a wise move on the part of the Lindau team to officially organise meetings bringing both alumni students and Laureates together.

I found myself sitting at a table across from Wally Gilbert, the 1980 Nobel Laureate in chemistry, along with a few other bright researchers. Gilbert shared the prize for one of the most important scientific inventions of our time – genetic sequencing. Now eighty-four, he is still sprightly, soft-spoken, genial and productively engaged with multiple scientific activities, especially consulting. He is also a professional photographer whose art is periodically showcased in galleries. Gilbert enthusiastically engaged with all of us, and the discussion ranged across a wide landscape of ideas. He spoke about his consulting work with a company that uses machine learning to analyze MRI scans, and about another one which is trying to create a feedback and compliance system for older people’s medical treatment. He had much to say about the strengths and limitations of using genomic scans for diagnosing cancer, an important field whose groundwork he himself did so much to lay. The discussion turned to a key social aspect of the new era of genomics: the complicated issue of whether insurance companies would cover the cost of treatment for pre-existing conditions determined by uncertain genetic testing. Wally Gilbert’s work makes it clear that scientific research, far from being conducted in a vacuum of technical experiments, has massive social implications. 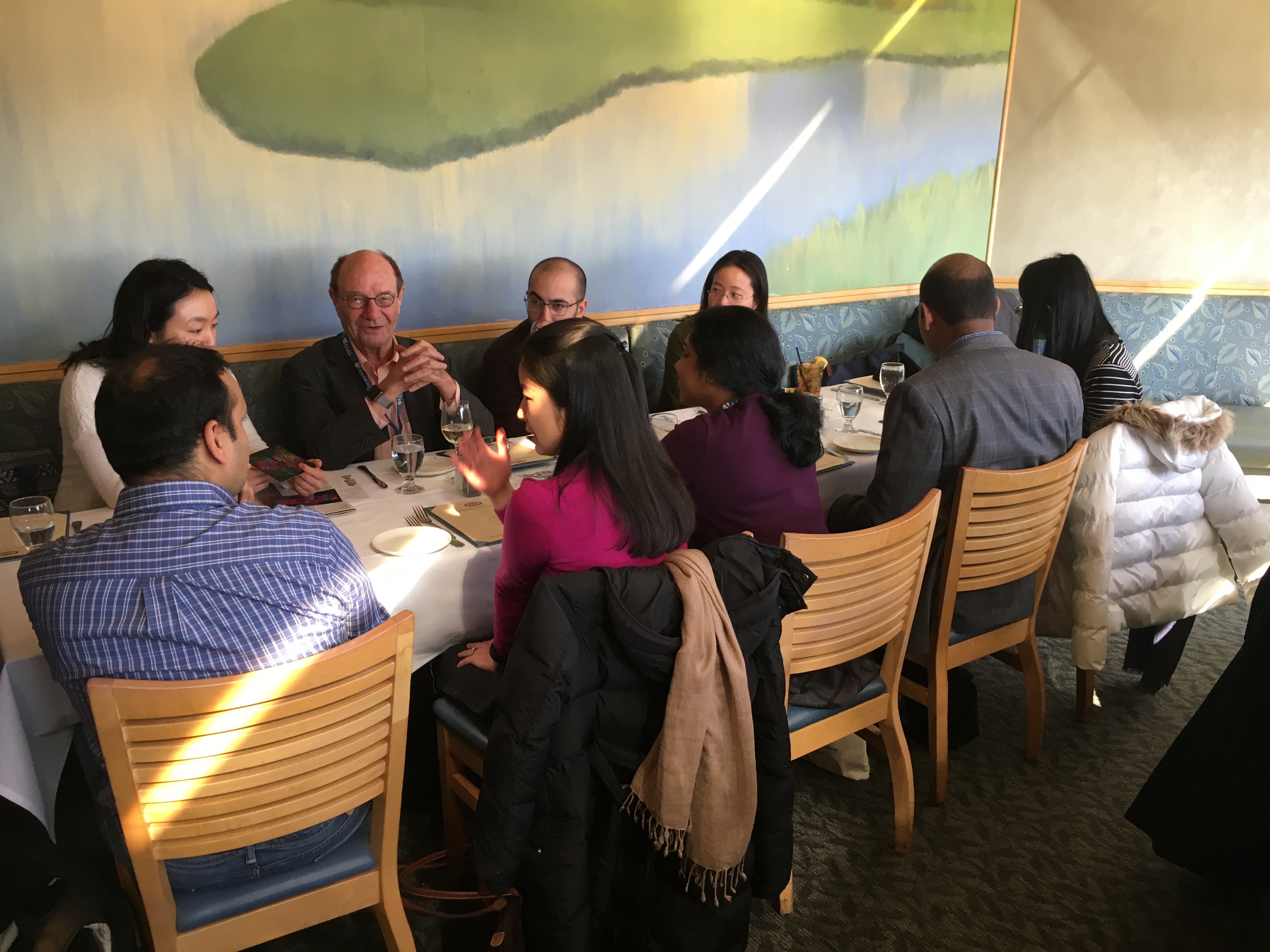 One of my questions to multiple alumni was about what they thought they got out of the meeting in Lindau. For Yiqun Bai, who attended the 2009 Lindau meeting, the main take-home lesson was about the importance of persistence. I believe that this critical lesson is one that is not quite appreciated by those just entering science, and one which I have heard other participants at Lindau echo. As Yiqun put it, the work of the laureates made her realize that science is not a sprint but a marathon. Eureka moments are far and few in between, and most scientific research is grunt work that requires a lot of persistence. This message seems to have informed her own post-Lindau career. After spending a few grueling years in management consulting, she is now an associate at a venture capital firm that funds biomedical research.

I have seen more than one person who entered graduate school with idealistic views of eureka moments come out on the other side much sobered and wiser. According to Yiqun, that very realistic assessment of research is what she got out of the meeting, and no other scientist exemplified it as much for her than the late Oliver Smithies, a biologist who received the prize for discovering homologous recombination, a technique that is today a mainstay of biotechnology. In his lecture, the then 85-year old Smithies memorably showed page after page of his lab notebook, detailing time and date of every experiment (including multiple weekends and late nights) and showcasing his intense dedication to science. Smithies set a high bar for world-class research; this is what you should be ready for, otherwise it might be wise to pick a different career.

It so happens that many (like me) actually do, often for the simple reason that careers in academia are far and few in between. The difference in academic and industrial salaries is admittedly a draw, and so are the practical opportunities to make a difference in fields like engineering, medicine, venture capitalism and law. The opportunity for a better work-life balance also beckons. But whatever a future career, one thing which the varied careers of the participants in the lunch reinforced is that the training an education in science offers is superb: an ability to work long hours with persistence and no expectation of immediate rewards, critical and lateral thinking skills and hopefully, a willingness to dispassionately go wherever the evidence leads; that last quality is one that is desperately needed in this day and age. 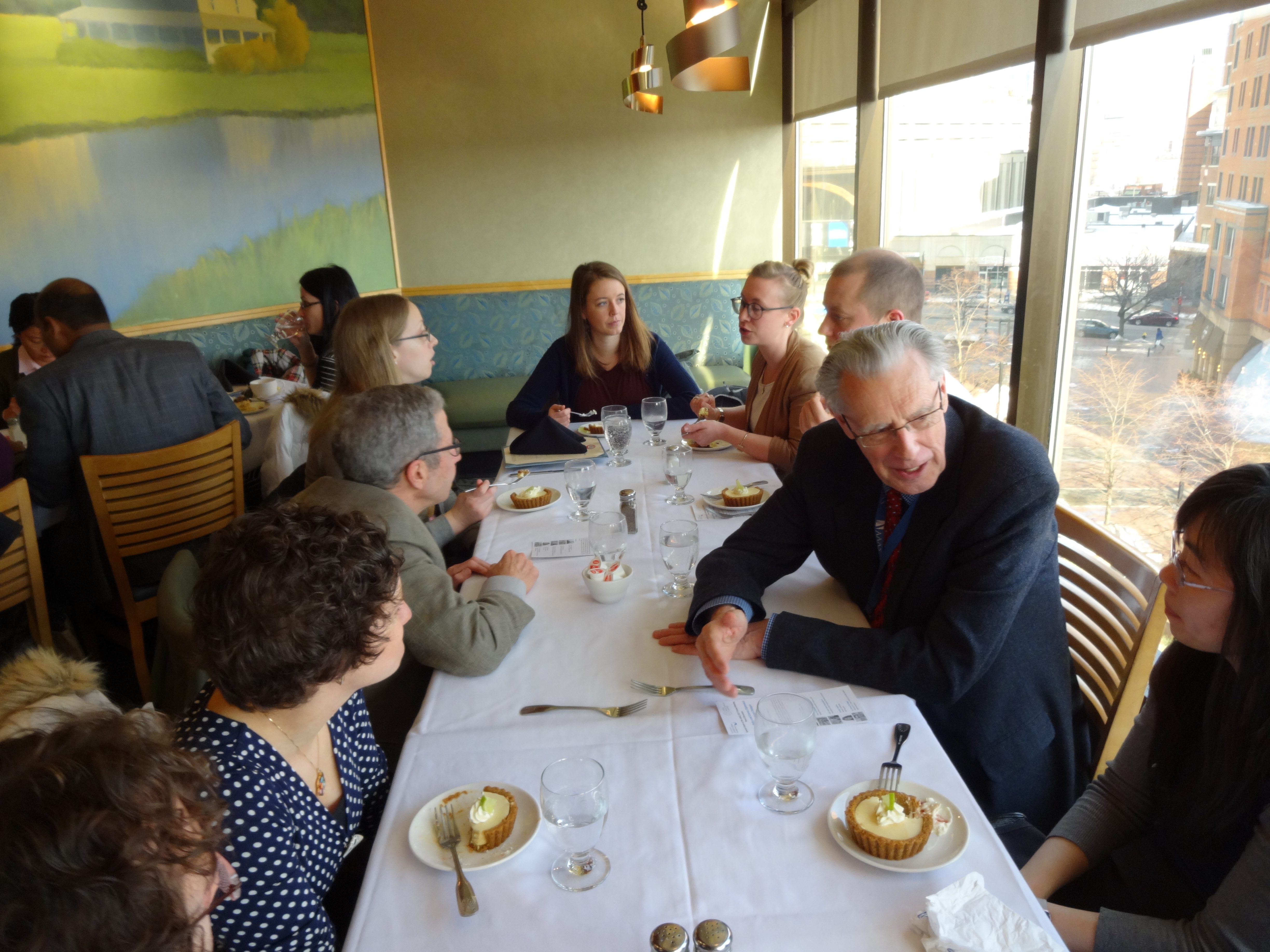 Bomy Lee Chung, who was sitting at the same table as Yiqun and me at the alumni meeting, is at the tail end of her graduate career in Robert Langer’s laboratory at MIT and will graduate soon. Langer runs one of the largest academic labs in the world and is also the founder of scores of companies. Just like Yiqun, Bomy Lee wants to go into consulting and is particularly attracted by the multiple fields – entrepreneurship, technology, business – that the career straddles. For her, the personal stories told by the laureates at Lindau were the biggest draw. They revealed the researchers’ very human side and made them much more accessible. This is a consistent and important theme at the meeting: students start out thinking of Nobel Prize winners as demigods, and hopefully come away realizing that these are just people like us, but ones who have cultivated unusual qualities of persistence, curiosity, dedication and joyfulness in their work. The students realize that most of these qualities are ones that they can develop too if they persevere, and it would be hard to find a more important lesson emerging from the meeting.

Bomy Lee has also kept in touch with a few of the friends from across the country she made at Lindau. Perhaps, she hopes, some of these connections will lead to opportunities for collaboration. A similar sentiment flowed from Lee Joseph, a medical research at the University of Iowa who is studying a protein that is implicated in cystic fibrosis. Lee and her husband Abraham both attended Lindau and came away with a renewed appreciation for interdisciplinary research and collaboration.

Not only students make potentially valuable connections. Wally Gilbert’s collaboration with the company designing feedback and compliance systems for senior citizens also began through a meeting with a student at Lindau who asked him to be a consultant for the firm. And Gilbert’s view of the meeting – as a place where he looks forward to knowing the latest research trends – makes it clear that scientists like him don’t see the meeting simply as a place where they would be treated with deference by bright-eyed young students. These are real venues for collaboration and debate, even for a hardened Nobel Laureate. Economics laureate Eric Maskin also thinks favorably of the opportunities at Lindau, in his case with a suitably economic metaphor; he told us that the meeting brought both “increasing returns and increasing scope”. The Heidelberg Forum which focuses on mathematics and computer science brings forth similar notes of inspiration. Turing Awardee John Hopcroft told us that he especially appreciated being a kind of international teacher at the forum when he recalled how much his own teachers in high school had influenced him. And building relationships – between teachers and students as well as between students themselves – was a theme also emphasized by Brown University mathematics student Kristin Mallory who later participated in a panel discussion with the Nobel Laureates.

In this era where maintaining the objectivity of scientific facts and the international fellowship of science is so important, the lunch ended on a positive note. The organizers announced the existence of an online platform for alumni connections through which alumni from different countries can keep in touch. There are already local chapters in India and China, but curiously few in the West. Lindau is one of the most unique venues around which is truly international, truly vibrant and a testament to the essentially international nature of science. It needs to be celebrated in every possible way; the alumnus gathering is simply a starting point.

Ashutosh Jogalekar is a scientist and science writer based in Boston, USA. He has been blogging at the “Curious Wavefunction” blog for more than ten years, and in this capacity has written for several organizations including Scientific American and the Lindau Nobel Laureate Meetings. His literary interests specifically lie in the history and philosophy of science.