Ada Yonath – The Pioneer
Back
What do the polar bear, a fine head of hair and the ribosome have in common? A Nobel Prize story. There was nothing to predict this career. Ada Yonath was born on 22nd June 1939 into a poor family of Zionist Jewish immigrants in Jerusalem. At the age of 11 she had already been semi-orphaned and tried to support her mother and contribute to the family income by working. Her mother soon moved her and her little sister to Tel Aviv, to be closer to her sisters. Despite the difficult circumstances, her mother always supported Ada’s curiosity, something that was likely to have been hard to bear at times. One example came when, aged five, Ada decided to undertake height measurements. She stacked pieces of furniture on top of each other, climbed up them, then promptly fell off and broke her arm. But such mishaps seem to have inspired Ada Yonath throughout her life. For example, the serious bicycle accident that happened when she was an adult and resulted in her being bed-bound. While immobile, the exciting scientific reading material she consumed led her to a crucial idea – about polar bears being able to compress and ‘preserve’ their ribosomes during hibernation. ‘If a polar bear can manipulate its ribosomes, then why shouldn’t I be able to as well?’ was roughly what went through the ambitious scientist’s mind. Ada Yonath looked for a way to crystallize a ribosome, while destroying neither the structure nor the functionality. Well-meaning people threw their hands up in horror, asking why anyone would try something that all scientific experts say is not feasible. Given its size and the lack of internal symmetry of the protein-RNA complex, the idea of visualizing the structure of the ribosome by X-ray crystallography was considered hopeless. 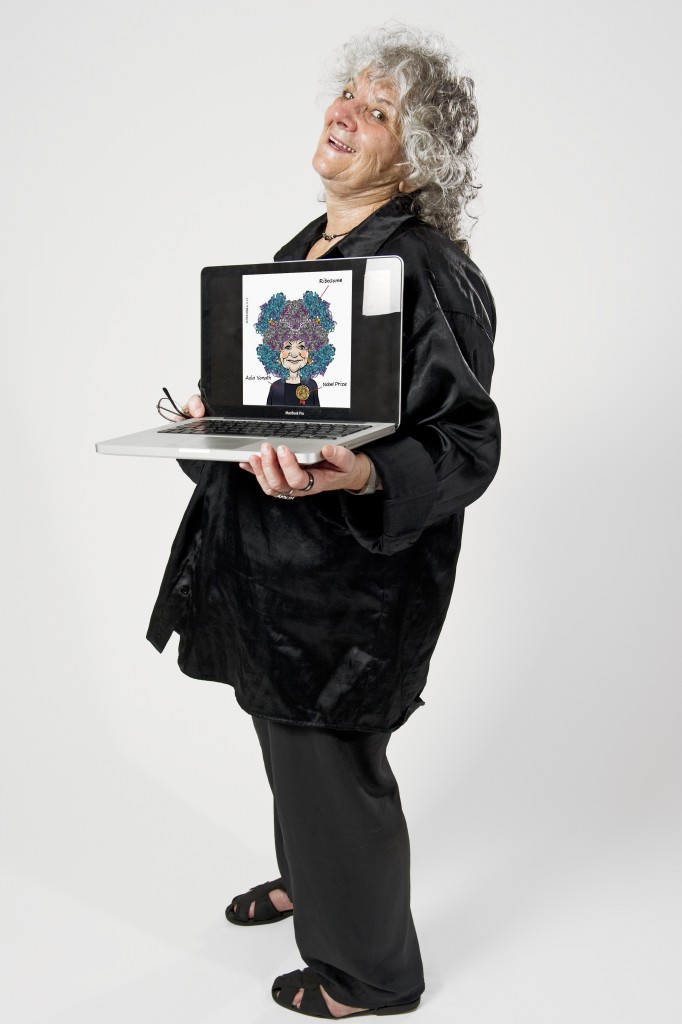 In Israel Ada Yonath is lovingly and jokingly referred to as the woman with a head full of ribosomes. The Nobel Prize winner enjoys great popularity. Credit: Volker Steger / LNLM

Ada Yonath put everything into her work about the ribosome and won: she decrypted the structure and received the Nobel Prize. For much of what we know about these ‘cellular machines’ today, we owe thanks to her and the two outstanding scientists who received the award with her, Thomas A. Steitz and Venkatraman Ramakrishnan. Ribosomes are composed of two subunits of varying sizes, giant cell organelles, made up of ribonucleic acids and many different proteins. Together, the two subunits are able to produce proteins. By means of messenger RNA (mRNA) from the cell nucleus, which acts as a genetically encoded production plan, amino acids join to other amino acids to create the desired protein. The completed product is then discharged through a tunnel.

”The ribosome is a machine that gets instructions from the genetic code and operates chemically in order to produce the product. During the work – they work very fast and very well and very accurately – and during their work they have to proofread the results and protect the product until it is capable of protecting itself. The product is a protein and if you think about the kangaroo in a pocket, the product goes first into a pocket which is actually in the ribosomal tunnel. And this way you can look at it as a machine and we call it the cellular machine.“

For anyone who has never visualized this process, we recommend this video from the Lindau Nobel Mediatheque – a record of Ada Yonath’s lecture (”Curiosity and its Fruits: From Basic Science to Advanced Medicine“) that was delivered during the Lindau Meeting of Nobel Laureates in 2013 and contains illustrative film sequences. Being able to see right down to the micro levels of life can be just as fascinating as looking into the vastness of the universe! Now, as ever, Ada Yonath is authentically enthusiastic and self-deprecating at the same time – there’s no question that she is the ideal ambassador for her area of study. “That’s the whole story, we needed 20 years to figure that out,” she says, roaring with laughter. If you know that story and that right up until her first successes Ada Yonath was known throughout her entire academic life as a crazy dreamer and ridiculed, it becomes clear what kind of great personality lies behind this laughter. 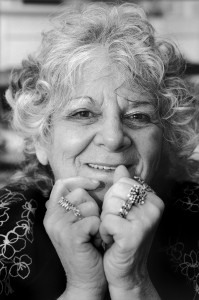 Ada Yonath began her studies at the Hebrew University in Jerusalem in 1959, going on to complete her bachelor’s degree in chemistry, her Masters in biochemistry in 1962 and her PhD at the Weizmann Institute of Science in Rehovot, with a thesis on X-ray crystallography. She then carried out research in the USA, first at Carnegie Mellon University in Pittsburgh and MIT in Cambridge. In 1970 she returned to the Weizmann Institute, where she was able to build the first protein crystallography laboratory in Israel. She still teaches at the Weizmann Institute as a professor of structural biology. Ada Yonath says that her work as a group leader at the Max Planck Institute for Molecular Genetics in Berlin (1979-1983) and her work with her research group at DESY in Hamburg (1976-2004) was particularly important in leading her along her journey. In 1989, Yonath also took charge of the newly created Kimmelmann Center for Biomolecular Assemblies at the Weizmann Institute. It is undeniable that Ada Yonath is a pioneer in her field. She discovered a method to crystallize a particularly robust bacteria from the Dead Sea. She utilised new techniques, such as cryo-crystallography (crystallization in liquid nitrogen at -185 °C), where dynamic structures come to a resting point, as well as repeatedly connecting the right questions and ideas with new methods of research. Even after decoding of the structure of the ribosome she was not ready for a rest – the next target was identified immediately. In Yonath’s next field of research she demonstrated how more than 20 antibiotics function, laying the foundation for the development of new products based on the ribosome structure of antibiotics. In recent years, Ada Yonath has been focussing on the questions surrounding antibiotic resistance (video “New drugs for old bugs”) and is diving into the depths of research once more. Which came first, the chicken or the egg? Ada Yonath’s answer was: Neither. In the beginning there was the proto-ribosome! This year, the Lindau Meeting of Nobel Laureates is once again looking forward to Ada Yonath’s attendance. The scientific community can be proud of this tireless pioneer. For the history books, Ada Yonath is the fourth female Chemistry Prize winner and a worthy successor to Dorothy Hodgkins.