What is Quantum Biology?
Back 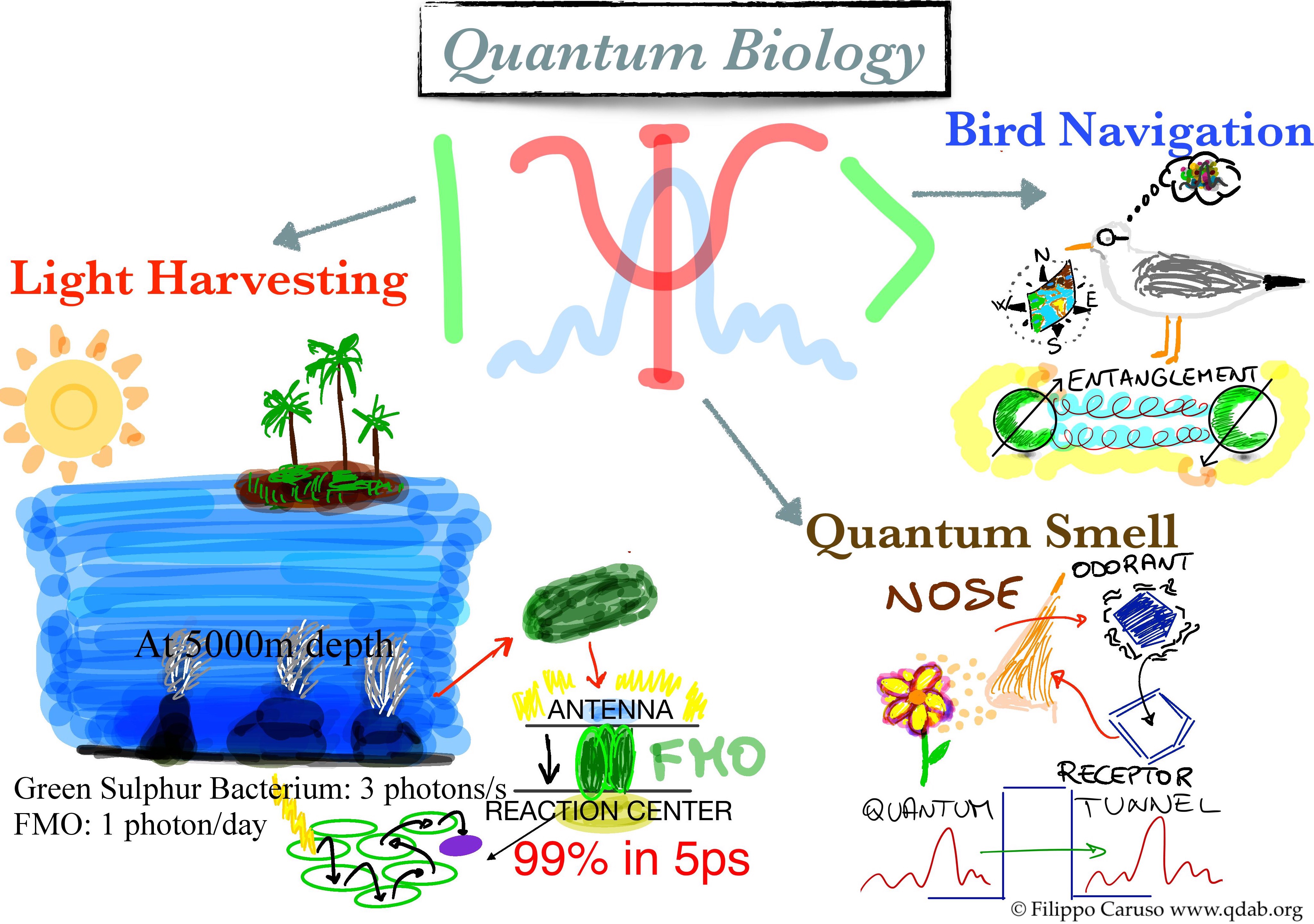 The essence of quantum biology, according to Filippo Caruso.

The beauty of Physics is mainly represented by its remarkable capability to understand any fascinating natural phenomena, from the origin of rainbows to the formation of a star, from the blue color of the sea to the changing seasons, and even the basic functioning of man-made objects and techniques such as lasers, barcodes, smartphones, computers, GPS, LEDs, transportation systems, etc., which all of us heavily use in our everyday lives. That’s why physics can be seen as the foundation of many disciplines of science and also allows to understand and solve completely different problems in other fields including, among others, medicine, biology, engineering, and social sciences. It basically consists of two branches that focus on the macroscopic and microscopic world: They are called classical and quantum physics, respectively. To test and apply the latter, one usually needs to go to very sophisticated and expensive labs that make it possible to observe the fragile properties of very tiny objects like atoms and electrons or to engineer complex but very clean nanostructrures which is often only possible at temperatures that are much colder than any place on Earth. However, recent experimental and theoretical studies have shown that “hot and wet” natural macroscopic phenomena like photosynthesis, olfaction and bird navigation can be investigated remarkably well through quantum physics.

Fascinating ultra-fast laser spectroscopy experiments on photosynthesis have investigated the electronic energy transfer from the antenna complex, where the light is absorbed, to the so-called reaction center, where the electronic energy is converted into chemical energy that is further exploited for the life of bacteria, algae and green plants. This transport process occurs along a molecular wire, represented by a nanoscale pigment-protein complex, similarly to a standard TV cable from a roof antenna to our indoor TV devices. However, for some biological light-harvesting systems the amount of signal (light) to be absorbed from the antenna is extremely low, hence they really need to optimize this energy conversion task as well as possible to survive.

The prototype system for these studies is the so-called Green-Sulphur bacterium that is a main candidate for being the progenitor of life on our planet. It is assumed to exist on Earth for 3-4 billion years already. This bacterium lives also on the bottom of the ocean at a depth of 5000 meters where no sunlight is detected at all. However, it lives off the dim glow of hydrothermal vents coming from chimney-like structures that are called black smokers. In other words, it absorbs the geothermal energy generated and stored in the Earth even though this corresponds to a very tiny amount of light radiation. In fact, each bacterium absorbs around 3 photons per second while each of its pigment-protein structures, called a Fenna-Matthews-Olson (FMO) complex, receives around 1 photon every 24 hours. In comparison, let us point out that a plant leaf absorbs a figure around 1 followed by 24 zeros of photons. In time scale, the bacterium would have to live for the age of the universe to receive the same amount of light that a leaf does in less than one microsecond. Therefore, each FMO complex has to successfully convert its single daily photon into available energy to survive and to have guaranteed the origin of life on Earth. Hence, this energy transport occurs in just 5ps and with a very remarkable efficiency of almost 100% that is very surprising since these are ‘hot and wet’ biological objects. 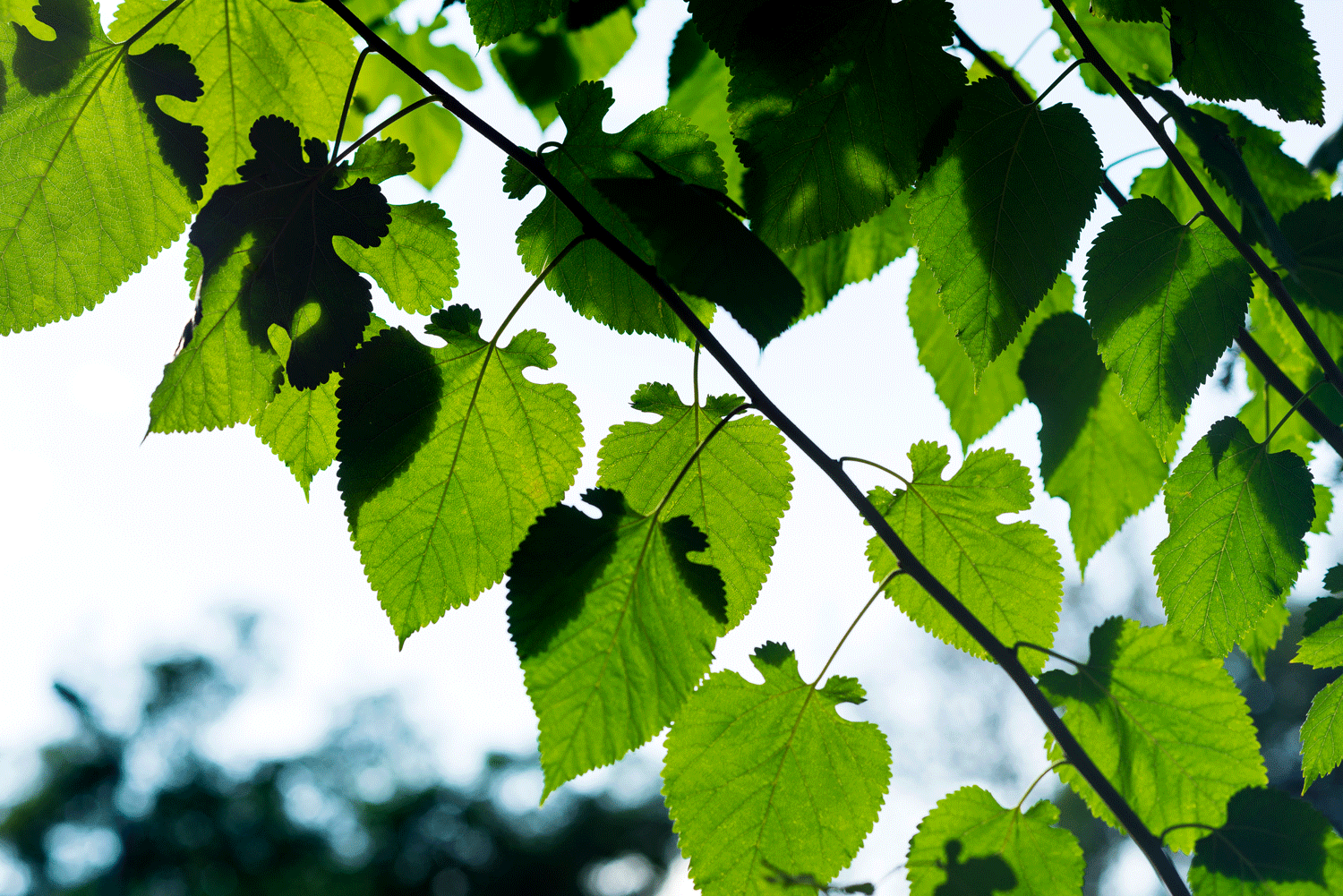 In 2007, ultra-fast laser spectroscopy experiments by Fleming et al. have demonstrated that these phenomena need quantum physics to be explained, since the traditional classical physics (Forster) theory does not fit the observed data. In 2008, the second surprise came from theoretical studies by Plenio, Huelga, Caruso, Aspuru-Guzik, Lloyd et al. showing that quantum coherence is not enough to reproduce the measured 100% efficiency while another important ingredient is represented by the environmental “disturbance” (noise), here mainly represented by the thermal random vibrations of the external protein scaffolding. Indeed, without noise one obtains an efficiency of 50%, while with noise one gets 100%. It turns out that the external protein structure not only protects the internal quantum coherence for a time scale about 100 times longer than the expected one, but also adds some amount of noise to optimize the energy transfer task. Therefore, we have demonstrated that the interplay between quantum coherence and the unavoidable external environmental noise plays a crucial role in the performance of bio-molecular complexes. This can be intuitively explained by the fact that, on one side, quantum coherence allows the system to explore several network paths in parallel to achieve the desired task, while, on the other, noise is a key ingredient both to protect the fragile property of coherence and, more importantly, to find the optimal solution and leave out inefficient slower pathways.

These works gave rise to the very recent but rapidly developing research field, nowadays known as Quantum Biology, investigating the role of quantum effects in biological systems. The other two main topics of this field are given by bird navigation and quantum smell, where similar quantum phenomena have been proposed and observed.

Regarding the first one, there is evidence by Schulten, Ritz et al. proposing that many animals including birds like European Robins exploit a very fragile quantum property, called entanglement, for long-distance navigation based on the relative orientation with respect to the Earth’s magnetic field direction. More surprisingly, they are able to keep such entanglement in their eyes, at room temperature, for a time scale (tens of microseconds) that lasts even longer than the most advanced (often even ultra-cold) laboratory setups. In particular, this feature does trigger different chemical products inside a protein, named as cryptochrome, depending on the external magnetic field, hence providing a chemical compass. Then, this would allow the bird to create a map of the Earth’s magnetic field. Supporting this hypothesis, Ritz’s experiments have shown that by artificially adding an extra very weak magnetic field the bird orientation is affected, and this may only happen through a very sensitive quantum nanodevice: This is remarkably interesting. 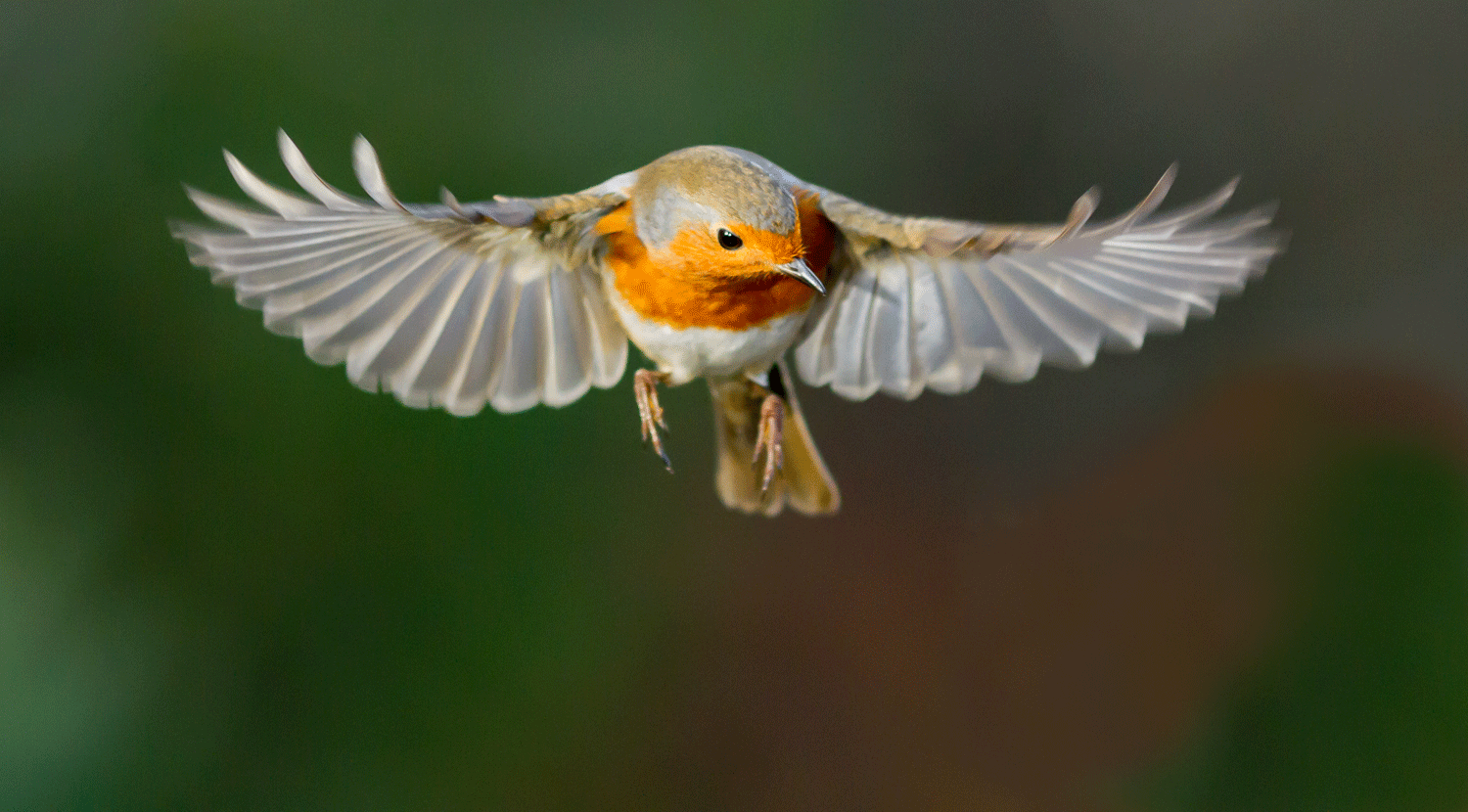 Olfaction is traditionally explained in terms of a shape theory or “lock and key” model (Moncrieff, 1949), i.e. we smell a particular odour when both shapes of the odorant molecule and of the corresponding receptor (inside the nose) perfectly fit each other. Then, our sense of smell would depend only on the shapes of molecules we sniff in the air. However, a controversial theory, first developed by Dyson in 1927, has been further developed by Turin in 1990 (swipe card model) after observing via fruit fly behavioral experiments that molecules with the same shapes (with hydrogen atoms replaced by deuterium) correspond to completely different smells (going from perfumes to rotten eggs). However, these molecules show quite different vibrations. Indeed, molecules vibrate as collections of atoms on springs oscillating at a given frequency (a quantum). Then, in presence of a particular “smelly” molecule, an electron within a smell receptor in the nose can “jump” (tunnel through a barrier) across it, bringing a quantum of energy into one of the odorant’s bonds, hence “activating” a resonant “spring” (like sort of a FM radio tuning). In physics, this specific quantum phenomenon is called inelastic electron tunneling, i.e. the nose behaves as a scanning tunneling microscope.

These fascinating experimental and theoretical discoveries may lead to a better understanding of biological systems but also to more efficient and robust innovative quantum technologies for solar energy, communication, and navigation that are fundamental in our everyday lives. For instance, more people should know that ultra-fast spectroscopy has allowed us to show that in the first step of photosynthesis the light harvesting process occurs in a picosecond time scale and with the incredible efficiency of 99% thanks to quantum features, so why shouldn’t we learn from what Nature has been doing very well for billions of years?

Finally, a deeper understanding of biological natural phenomena might also bring a clear impact on society’s consumption of energy and the development of innovative, bio-inspired, more sustainable and cheaper technologies going much beyond our current state-of-the-art. Then we should learn from what Nature has been doing very well for so many years, and engineer new nanomaterials that are able to exploit the same physical principles to perform some tasks with a remarkably high efficiency and robustness, e.g. the light harvesting process in a novel bio-inspired solar cell or more sensitive magnetic/olfaction nanosensors. However, there are still several open questions in the actual ultimate role of quantum physics in the specific proteins involved in such natural phenomena, and about how, for example, optimal control techniques and manipulation schemes, which have been developed for other quantum systems, may further exploit these effects. By doing so, we believe the latter will be successfully converted into more feasible, robust and very efficient devices for green energies, communication and navigation protocols, biological sensing and imaging, with all being based on more environment-friendly sustainable resources. 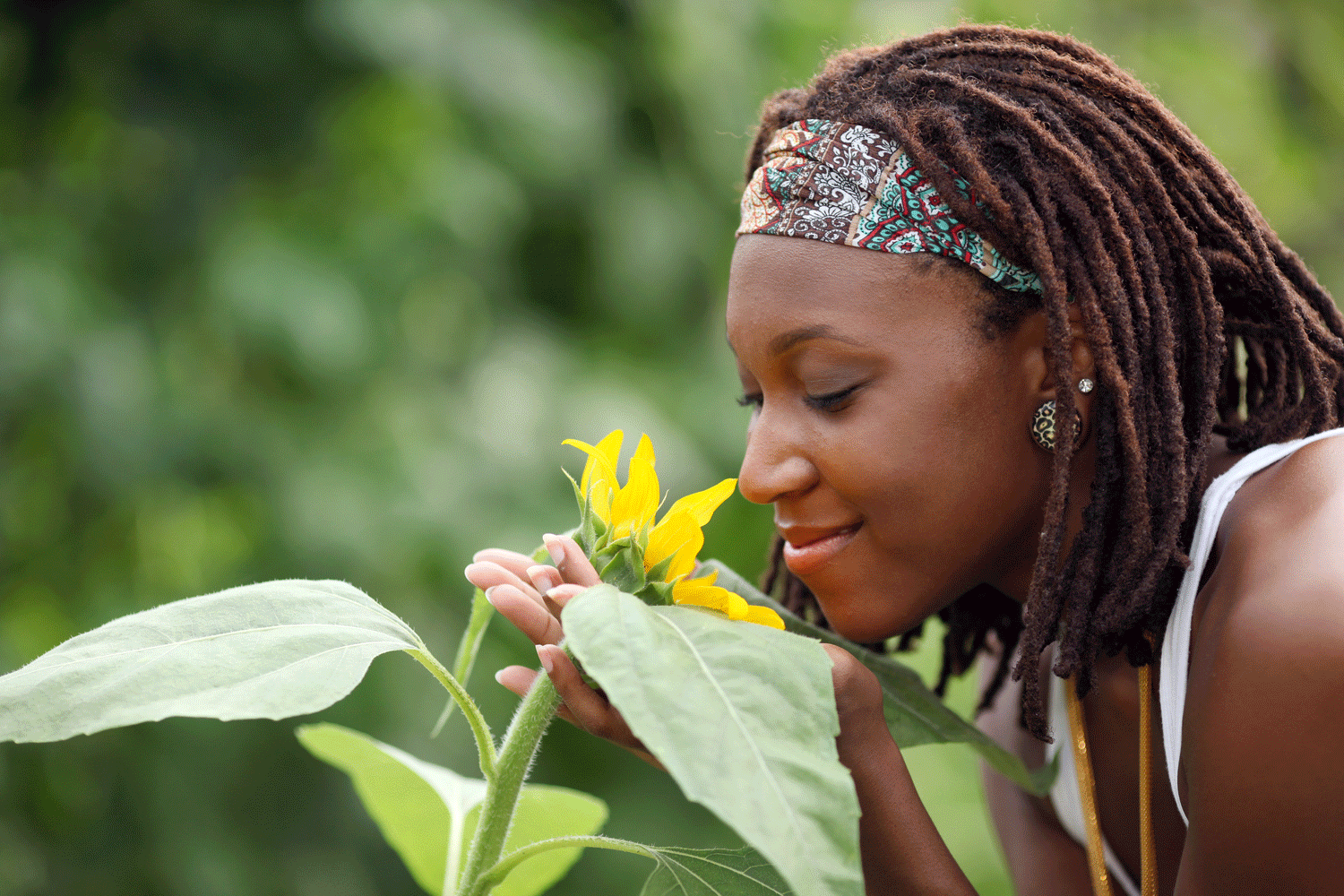 Filippo Caruso, Lindau Alumnus 2016, got his PhD in Physics in Scuola Normale Superiore of Pisa and then he was awarded consecutively two European Marie-Curie Fellowships for 2 and 4 years, respectively. After his postdoc experience abroad, in UK and in Germany, as PI of a three-year grant by the Italian Ministry of Research, he started his independent research group as tenure-track assistant professor back in his own country. His research interests mainly include quantum transport phenomena, quantum biology, open quantum systems, quantum information science, complex systems and bio-inspired quantum technologies (www.qdab.org).