Lise Meitner – Fame without...
Back

When it comes to personages who we all assume received a Nobel Prize but actually didn’t, Lise Meitner’s name is certain to be mentioned. The Austrian atomic physicist is one of the few female scientists to have made it into the consciousness of the general public. There is good reason why she is known as the “German Marie Curie” – German, because she herself always made it abundantly clear that her scientific career was based in Berlin and that she spent her best years as a researcher there. 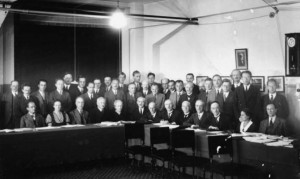 It is all the more tragic then that Nazi Germany not only deprived Meitner of her scientific and personal home – as a Jew, she was forced to emigrate to Stockholm – but also of the highest scientific honour. In all probability she would have been awarded the Nobel Prize if she had been able to stay in Germany. She was the person who, together with Otto Hahn, revived the old research group, which also included Fritz Straßmann. Meitner was initially involved personally in the experiments in Berlin. She subsequently corresponded by post with Otto Hahn to discuss the progress in the work and also suggested new experiments from her place in exile. As a result of her suggestions, Hahn and Straßmann discovered nuclear fission while Meitner was stranded in exile in Sweden.

In 1917, Lise Meitner was tasked with setting up the physics department at the Kaiser Wilhelm Institute in Berlin. She remained in charge of this department for 21 years. She left as a professor and respected head of the institute, and arrived as a nobody in Sweden. Her employer in Sweden did not provide her with any staff or funding, and she bitterly regretted not planning her escape better, rather than arriving empty-handed. When the opportunity to flee actually arose, she barely had two hours to say good-bye and left with just a handbag containing a few basic possessions. Otto Hahn was significantly involved in the preparations for her escape and wrote to her regularly with reports on the progress of their shared project. Lise Meitner responded promptly, together with her nephew Otto Robert Frisch, who was also a physicist: She was still able to feel that she was part of the team.

Meitner and Frisch then provided the physical explanation for the radiochemical process that Hahn and Straßmann discovered and used the term ‘nuclear fission’ to describe it. Meitner actually feared at this stage that her employer in Sweden would completely underestimate her and, unfortunately, fate decreed that of all people he was the one who had to write an assessment of her part in the discovery that proved to be worthy of a Nobel Prize. According to a biography written about Meitner, her lack of relevant publications had militated against her. From a modern perspective, it is truly incredible if this was the case – to hold it against someone that they had not made headway in their research despite having fled their country and arrived penniless in a new country with a foreign language shows, at the least, a lack of understanding of the situation. 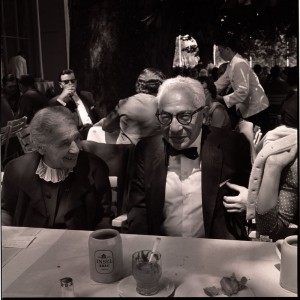 The fact is that it was a wrong decision. It was not only the general public who saw this, it was also undisputed among her peers – Lise Meitner herself received 47 nominations for the Nobel Prize, far more than Otto Hahn. Gustav Källstrand, curator at the Nobel Museum and an expert on the history of the Nobel Prize, also said: “Both Hahn and Meitner were nominated for the prize, and many consider it to be an omission that she did not receive it. Historians who have looked in the archives have determined that the committee member who evaluated Meitner’s candidacy made a mistake and underestimated her influence in the discovery.” 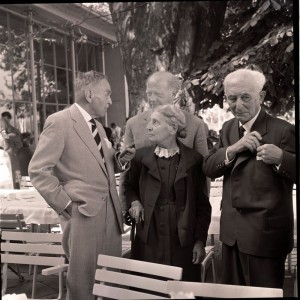 In their later years the long scientific cooperation seems to have predominated: Lise Meitner and Otto Hahn 1962 at Lindau (with Werner Heisenberg and Max Born), Photo: Archive Stuhler

Something that may have weighed more heavily on Lise Meitner from a personal perspective was the fact that she felt that, after receiving the Nobel Prize, Otto Hahn did not sufficiently acknowledge the part she had played in the discovery or publicly clarify exactly what the situation was. This seems all the more incomprehensible if we read up on the correspondence and see that Otto Hahn once turned down an invitation that did not include Lise Meitner – because she was Jewish – with the clear message that he did not want to claim all the glory for himself and would not be available to attend alone.

“Life need not be easy, provided only that it is not empty. And this wish was fulfilled.” (Quote from Lise Meitner)

The past cannot be rewritten – Otto Hahn possibly could not cope with Lise Meitner’s criticism of those who had stayed behind in Nazi Germany. Lise Meitner never severed contact with Otto Hahn, but nor did she betray her principles. One could be dramatic about it and say that while she was deprived of the Nobel Prize, it did not damage her posthumous reputation. On the contrary, perhaps: she can be seen as an exemplary noble scientist, who was only concerned with research, but who also – as her headstone reads – “never lost her humanity”.