This interview is part of a series of interviews of the “Women in Research” blog that features young female scientists participating in the 67th Lindau Nobel Laureate Meeting, to increase the visibility of women in research (more information for and about women in science by “Women in Research” on Facebook and Twitter). Enjoy the interview with Julietta and get inspired. 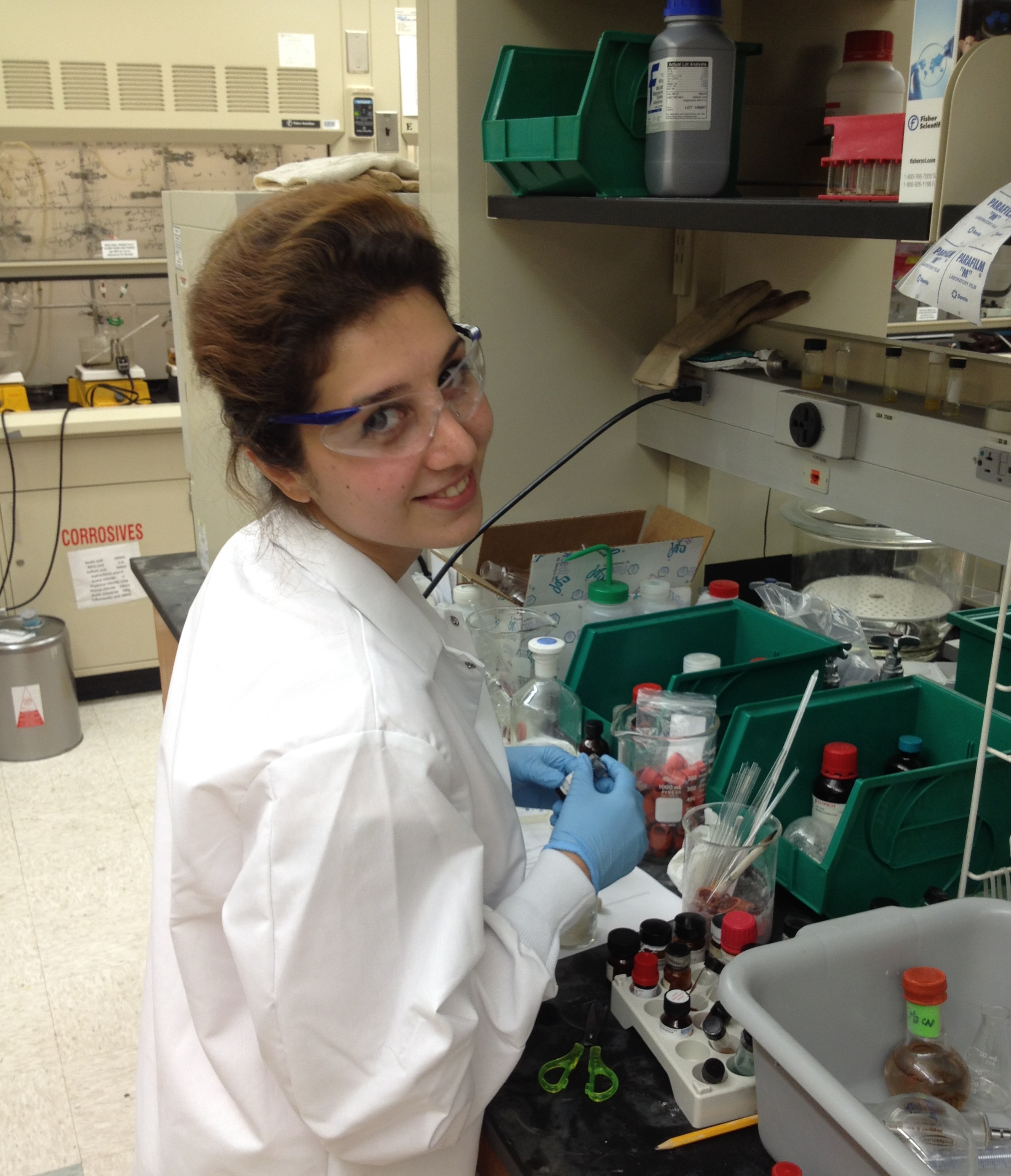 Julietta Yedoyan, 26, from Armenia is a PhD student at the University of Regensburg, Germany. The main goal of her investigation is to synthesise and fully characterise natural products, particularly the pyrrolizidine alkaloids via photoredox catalysis.

Having been brought up in a scientific family already, I was particularly inspired by my grandfather who further instilled within me a deep enthusiasm for the discipline. After starting to undertake research myself in a chemical lab, involving the project of synthesis of enantiomerically enriched α-amino acids, which has been actively developed in various areas of medicine, pharmacy, biology, chemistry and biochemistry, made me even more excited to do research in the field of organic chemistry.

There are several scientists on my list but I would love to start it with the English chemist Rosalind Elsie Franklin, who made contributions to the understanding of the molecular structures of DNA, RNA, viruses, coal and graphite. Her data were critical to Crick and Watson’s work. It turns out, however, that Franklin would not have been eligible for the prize because she passed away four years before Watson, Crick and Wilkins received the prize, and the Nobel is never awarded posthumously. It is worth mentioning that the scientist Marie Curie was the first woman to win a Nobel Prize and the only person to win the award in two different fields — physics and chemistry. Scientist Hedy Lamarr co-invented the spread-spectrum radio. Her intelligence, Lamarr’s remarkable looks and glamorous career, her innovations over decades, proved that “brains and beauty can go together”. Along with all of the female scientists, I would love to mention the name of two outstanding male scientists who I have also had the honour of working with: Prof. Dr. M. Doyle and Prof. Dr. O. Reiser. They motivate, inspire and give a platform in the area of chemistry to female scientists to showcase their capabilities in the discipline.

I was particularly inspired by my grandfather during my undergraduate education, although his conservative points of view prompted him to discourage me from being educated abroad which caused me to be initially hesitant about the decision. However, I was very fortunate to have amazing parents who supported me during my whole life – choosing the best school for me and making numerous sacrifices to ensure my success. I should also mention my godmother’s important role in my career path. She always believed in whatever I was doing and supported me achieving new goals in my life.

I would like to mention the project that I currently am working on. It is one of those miraculous reactions that usually happen in a chemist’s life when no one, even a colleague, who came up with an idea about a project could ever believe that the resulted process could be so fantastic and amazing. However, we still have a lot of things to discover about the nature of this reaction and its results and hopefully we will be able to make a useful contribution to the area of photocatalysis. In addition, I should mention the best cooperative project with the very talented scientist and fantastic human-being Dr. Qing-Qing Cheng, while working on the project of “Copper-Catalyzed Divergent Addition Reactions of Enoldiazoacetamides with Nitrones”. On the one hand, it was a very interesting and challenging project; on the other hand, I also enjoyed learning about Chinese culture and philosophy while also sharing my own background and experiences, which helped broaden my understanding of the world in general. 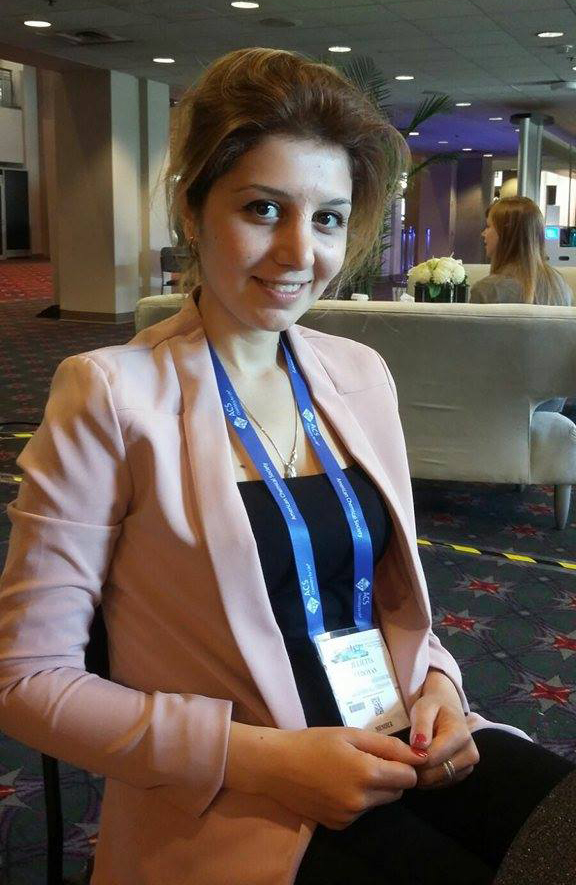 I will remember the moment when I received the DAAD scholarship for the rest of my life. It was a “BIG DAY” when my whole life dramatically changed to the great one that I have now – the time when my family and friends really felt pride in my achievement.

I should mention as well the day of applying the second time for the US J1 visa (for doing the research in the group of Dr Prof. M. Doyle) after being rejected a month before. For most of the people, the situation to get the new visa at the same year seemed unrealistic. Most of my friends felt really sorry for me, but my good friend Prof. A. Vagharshakyan supported me during the whole visa process thinking that nothing should impede my route to success. Moreover, he did his best to motivate me further to get the visa. I ended up receiving my visa exactly one month later from the US Embassy in Yerevan. That particular moment I really felt the immense pride of myself putting behind all fears and bad emotions and becoming more confident and ambitious about myself and in general.

What is a “day in the life” of Julietta like?

I spend most of the time in my lab and officially my day starts with a cup of fresh coffee in front of my laptop reading some papers or some interesting news. It then follows with experimental part of my research; some days we have a small discussion about our projects and data analyses with a group member or supervisor, who motivates me with his positive and critical comments. Part of my PhD study is teaching a lab course to the undergraduate student as well as working on my project in the lab. For some people it takes a lot of time which they think PhD student could better spend on his/her own projects, but I think it is a great experience to work with other students, especially the part when I can teach and motivate a new generation of young chemists gives me a very strong feeling of accomplishment.

Besides papers published in journals making an impact, I will still do my best to continue producing good quality work and continuously contribute what I can to the field of photochemistry and chemistry of natural products accomplishing my initial aim to complete my doctoral degree.

I am very interested in engaging in politics and in social activities. For example, I participated in the 27th European Summer Academy “Challenges for the European Union in the World” 2016 in Bonn, Luxembourg and Brussels. I had a great chance to share my ideas and concerns about current problems of refugees in EU. Besides science and politics, I love traveling, tennis, swimming, as well playing chess.

(1) always be ambitious, confident and determined about your choice and whatever you are doing

(2) try to find the inspiration and motivation in your area, as it’s the main driving force of successful research

(3) work hard, eventually, it will pay off

And always remember the quotation from Friedrich Nietzsche: “What Doesn’t Kill You Makes You Stronger.” 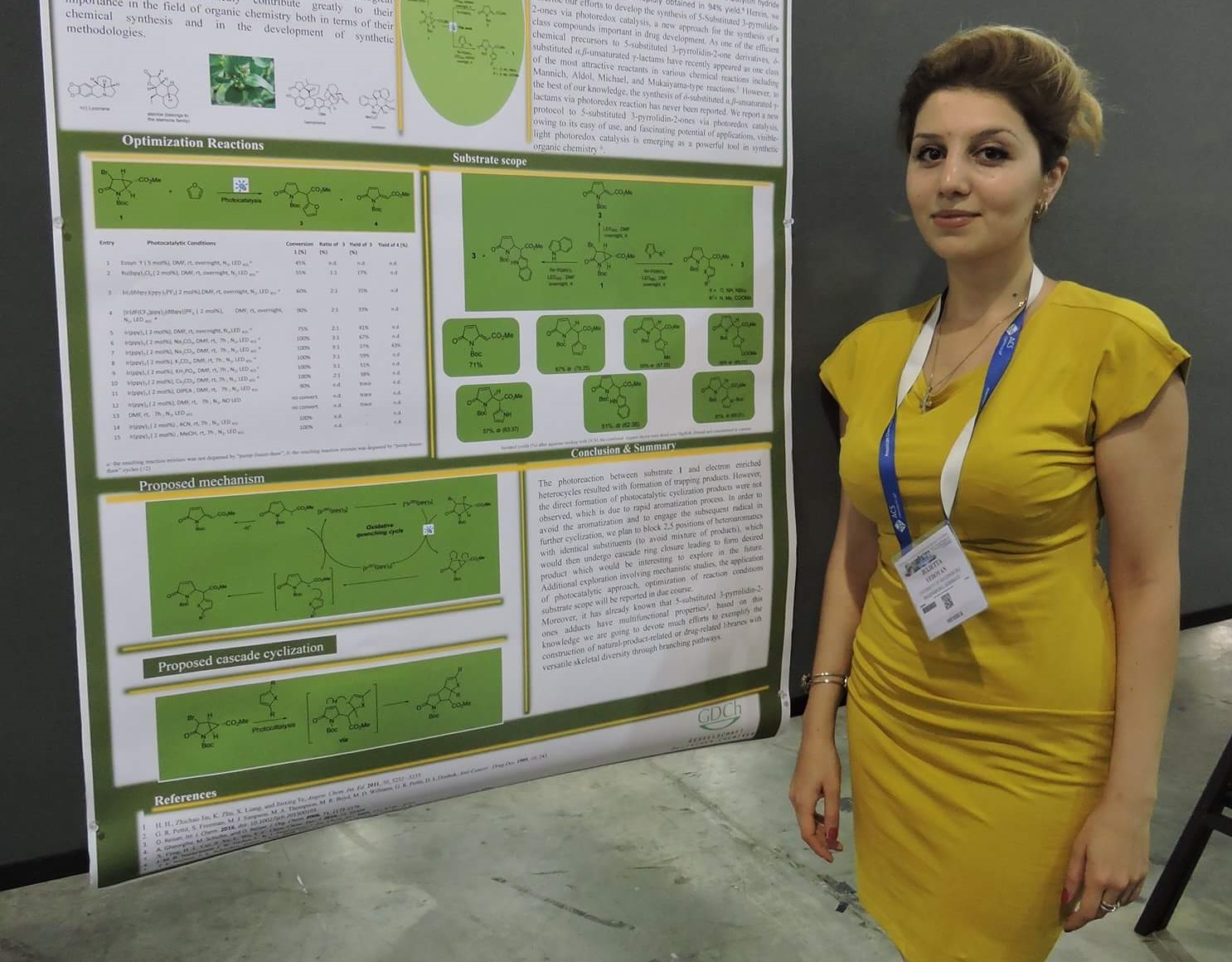 I think that we need to pay more attention to environmental impacts, ozone depletion, and the potential of global warming. It is well known that the chemical industry is the biggest source of waste production to air, water and land, so we chemists should have a goal to present cutting-edge research by increasing important advances in green chemistry, green chemical engineering and sustainable industrial technology, which will help in the future to avoid damaging the earth’s ecosystem. From my point of view, the future great breakthrough would be the development of efficient methods and applications to make minimum use of hazardous chemicals and make maximum use of energy which can be produced from renewable resources like carbon dioxide and biomass.

I think we should go deeper into the nature of the question and try to nurture the concept of equality between male and female right from the beginning of child education by encouraging young girls to strive for rewarding careers and encouraging men to support them. I think in modern societies this concept more or less works, however, we still have a huge problem in eastern countries, where women are on the second panel sometimes even worse they don’t have any rights to get the education and become successful in their career. Imagine how many talented female scientists we would have if we could solve this problem. In addition, I think social activities and events in schools and universities will motivate a young female generation to be involved in science, undoubtedly extra funding opportunities for female scientists will increase their number in modern science.