#LINO19 young scientist Sinenhlanhla Sikhosana from South Africa, host country of this year’s Lindau Meeting, is a PhD student at the University of KwaZulu-Natal (UKZN) in Durban.

Sinenhlanhla uses radio telescopes such as the Giant Metrewave Radio Telescope and MeerKAT to observe the most energetic event in the universe which is the merger of two large galaxy clusters. During the cluster merger, highly energetic electrons emit photons via synchrotron radiation. These photons are known as non-thermal diffuse emission and give us an insight of the physical conditions during the mergers. Her research focuses on understanding the physics that gives rise to the non-thermal diffuse emission and also the dynamics of merging galaxy clusters. Enjoy the interview with Sinenhlanhla and get inspired!

My inquisitive mind and an astronomy talk given by a UKZN post grad student when I was in my final high school year.

My mother and Professor Mamokgethi Phakeng, Vice-Chancellor of the University of Cape Town (UCT). What is common about both women is that they rise against all odds. My mother has been a support structure for many females and always encourages people to go beyond their circumstances. Prof. Phakeng, the first female Vice-Chancellor of the number one institution in Africa, remains so true to herself even when people try to mould her to stereotypical ‘leaders’. She has managed to break into an unfamiliar space but not lose herself in the process. 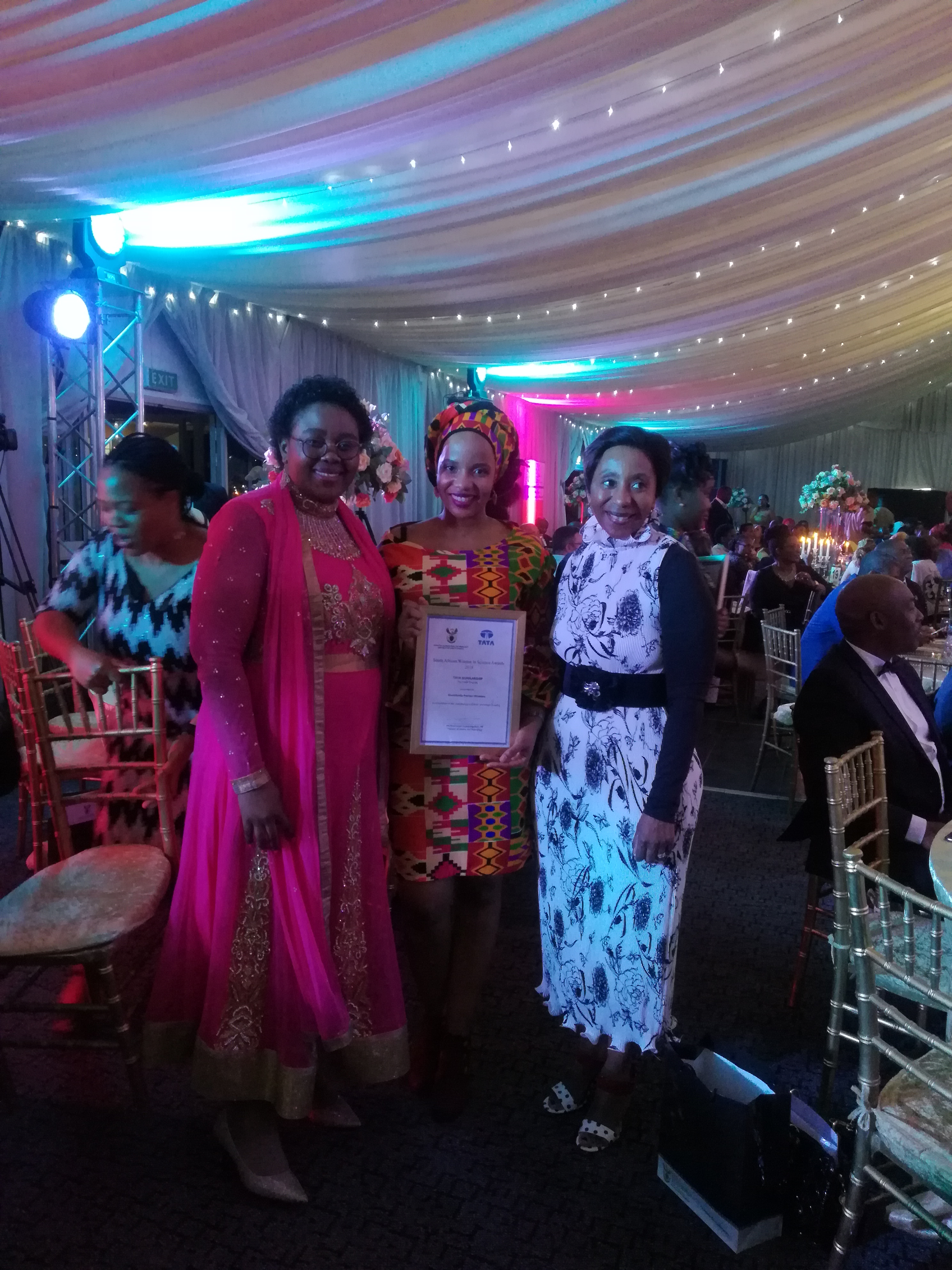 I’m from a small town called Harding. My first schooling years were at Harding primary school and I afterwards I completed my schooling at Durban Girls’ Secondary School. I am the first daughter to a widowed mother who is a primary school educator. In 2010, when I was in grade 12, our physical science teacher selected a few students to attend a career week event at the University of KwaZulu-Natal (UKZN). This event, I believe, was the event that paved my path to a career in astronomy. We were informed about the various opportunities and scholarships in the field in South Africa. At that time, astronomy was not a well known field in South Africa, frankly, I didn’t even think it was possible to pursue astronomy in any university in my country. I then applied to study astronomy at UKZN and for the SKA SA scholarship. I have been funded by this programme since my first year in undergrad. At UKZN the Astrophysics and Cosmology Research Unit (ACRU) had a tuition and mentorship programme which played a vital role in my career. Professor Kavilan Moodley, who was my mentor throughout my undergrad years and is now my supervisor, was instrumental in ensuring that I continued with my postgraduate studies. The first challenge I faced was convincing my family why I would choose astronomy over a degree in medicine. The career path was foreign and to them it was a hobby for wealthy people. We were not wealthy and medicine would have raised our ‘status’. However, when they saw my achievements and how passionate I was, they became very supportive. The second, which is common among young scientists, is the imposter syndrome. I always felt like I was not good enough and that it was only a matter of time until people realised that I’m not intelligent enough to be an astronomer. What helped me overcome this was talking about it, to my supervisors, to my friends, to strangers at conferences, only to find that I’m not alone, I am capable and I belong. The last challenge, which I’m yet to overcome, is convincing my family (perhaps community) why I believe a PhD degree is worth pursuing when I should be pursuing marriage. I often receive comments that I will soon be over qualified for both marriage and jobs.

I received commissioning data from the MeerKAT telescope and I’ve been so excited to work with the data. The main reason being that the MeerKAT is a proudly South African telescope (precursor to the SKA), it is also currently the most powerful radio telescope. It makes me beam with pride as it highlights a milestone in the South African astronomy community and proves our capability. The data is also state-of-the-art hence amazing science outputs will emerge from it.

When I presented my work (including preliminary MeerKAT results) at a conference in India in March this year. The room was full of highly respected experts in my field. The positive feedback I received was motivating and gave me an assurance that I am making the correct strides. It was also a confirmation that indeed our research was of world-standard. 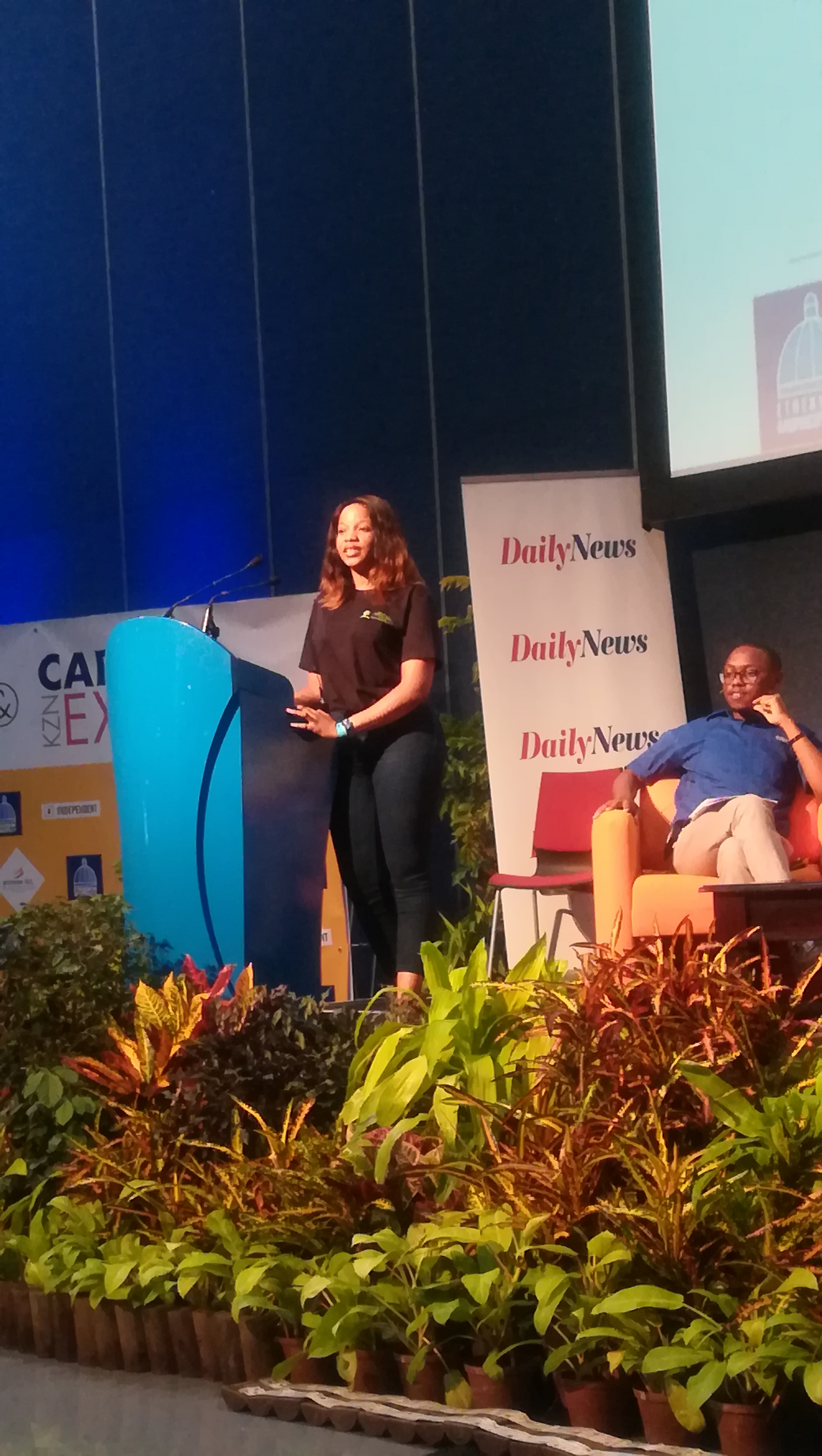 What is a ‘day in the life’ of Sinenhlanhla like?

I kick start my day with a prayer, then (not as often as I would like) a light workout before preparing meals for the day. I get to the office a round 8 am and leave around 4 pm. Most of my time is spent writing codes to make images from the data received from telescopes. I browse through the astrophysics arXiv to check if any journals catch my eye, and of course a bit of YouTube. I also give astronomy talks (on behalf of ACRU) at high schools across Durban. We have at least one talk every month.

To me, what would bring fulfillment is if my career gets to a level where young African women would look at me and say: ‘If she could do it, so can I’. That means I would need to produce quality research and concurrently be part of various outreach projects. We need to inspire people to break into unfamiliar spaces and thrive, and to do that we need to have familiar and relatable role models.

I like participating in outreach programmes, whether it is with ACRU or our College’s public relations office. I also enjoy going to the gym.

We need you to join the field! It won’t be easy and half the time you’ll feel like it is not worth it, but when you make that important discovery or inspire someone to join science it will all be worth it. We need more women to join the field so that future generations will never know of ‘heavily male dominated’ fields.

For me, based to my field of course, it would be clearly understanding what dark energy is and possibly ‘detecting’ it.

We need to create an inclusive and ‘women’ friendly environment. This will not be solely achieved by ‘women in science’ awards or exclusively female ‘women empowerment’ seminars. We need to start by having the uncomfortable conversation with the male academics. For example, how can a male supervisor advise a female student not to marry or have children until the second postdoc position?