Noelia from Argentina is a PhD student in the Weitz working group at the Ludwig-Maximilians-Universität Munich (formerly at Walter Schottky Institute (WSI/TUM)) in Germany and a graduate member at the International Max Planck Research School for Quantum Sciences and Technology. Currently, in the frame of her PhD thesis, she works on experiments aimed at exploring superconductivity in graphene. During her time at WSI/TUM, she performed experiments that combine femtosecond optics and on-chip electronics to generate electric pulses in the frequency range between classical electronics and photonics, so-called THz gap, where components for signal generation, conversion and detection have been historically difficult to implement. The group’s work, exploring new horizons of applications for ultra-short pulsed lasers, aims at paving the way for realizing ultrafast coherent on-chip electronics that will bridge the THz technology gap. Enjoy the interview with Noelia and get inspired:

Since I was little I have been exposed in a direct or indirect way to scientific topics and my interest was encouraged by my parents. My mother is a chemist who practices this profession as a chemistry teacher. I remember her reading big books with formulas and preparing demonstration experiments for her students, for what I was very curious as a child. With her I could always talk about questions that fascinated me: why do rainbows, why storms exist, why does ice float on water, and so on… From my father I remember he used to collect some famous magazines that contained articles about science, history, geography and world cultures. He gave me these books to read when I was bored and asked me to explain him what’s in there, saying that he had no time for reading them, but he wanted to know. I used to like those magazines a lot, in particular I remember one article about black holes. I was about ten years old and I didn’t get the explanation at all. But, no doubt the article triggered my imagination by the challenge of understanding. From that point I would say my curiosity was driven to such scientific topics. 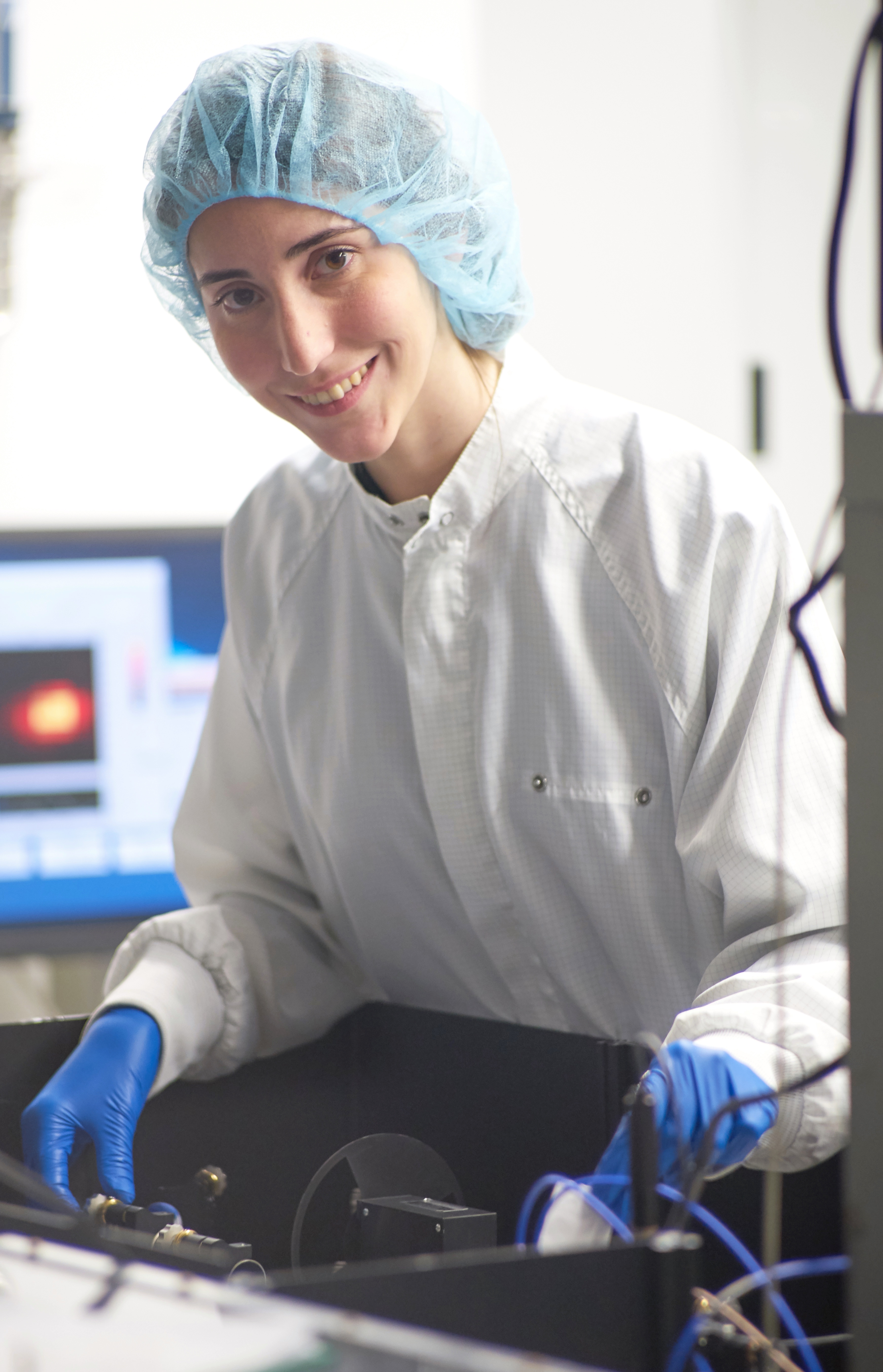 Generally speaking, my role models are people who are following their values and carrying by others, people with inner strength to keep moving forward despite the adversities, as well as those who are passionate for what they do and can convey that to inspire others. Some historical figures that I admire or that inspire me are: Sor Juana Inés de la Cruz, she was a self-taught scholar, a philosopher and a poet, living in a time when it was forbidden for women to go to university. The fact of not being allowed to enter different institutions for studying didn’t stop her to learn. She was so passionate about learning and writing that she started a life as a nun so that she could study as she wished. She also became one of the most important Hispanic literary figures and was an advocate of women’s rights. I also admire Michael Faraday because even though he received little formal education he found a way to enter a field of studies that he was interested about. As a scientist he made significant contributions to the field of electromagnetism and electrochemistry. I consider Faraday to be one of the greatest experimentalists in our history, and that his findings are the result of a great intuition and ability to express complex phenomena in a simple way. Last but not least Emmy Noether and Marie Curie are to be mentioned. Both women went against the standards of their time and followed their passion for science to make significant contributions in their fields.

I put my heart on every project I work on, so I find them all cool in their own way. There is for example one project on the first part of my PhD, which consisted on experiments aimed at paving the way to produce ultrafast on-chip electronics with frequency components up to 10 THz (1 THz = 10^12 Hz). This implies covering the frequency range between classical electronics and photonics, the so-called THz gap, where components for signal generation, conversion and detection remain difficult to implement. To access this range, we use a combination of femtosecond optics and on-chip electronics to generate electric pulses in the THz domain. Working on this project I had the chance to develop different skills. In particular, I was excited about how much I could learn from the laser I used, not only from the technical aspects of its operation, but also from the amazing non-linear phenomena generated by the ultra-short pulses it provides. Besides, to develop this project I worked between two research groups: the one of Alexander Holleitner and of Reinhard Kienberger at TUM. This gave me the chance to interact with people with different backgrounds, which I personally find enriching.

I felt pride in myself when I got the IMPRS-QST funding for doing my PhD. Because it was a result of not giving up on science in spite of the many obstacles I found in my way.

For this stage of my career, I seek to develop skills and learn all I can from the field I work on. In a long term, I hope to become an expert in the research area I choose to follow and to contribute to the general knowledge of a topic. I also hope to be able to communicate science in a way that can inspire others in their pathways. Last but not least, I hope to be able to contribute someday to the scientific culture in my home country where I received education of highest quality from a public university as a basis for my scientific career. Furthermore, I would like to give something back to the places and people that hosted me and shaped me in my career path.

I like walking and biking and I also enjoy reading. I like learning new languages and since I live in Germany I have the goal of becoming fluent in German. I am slowly coming back to music (in particular, playing piano), which I left for a while. I also enjoy spending time with relatives and friends. 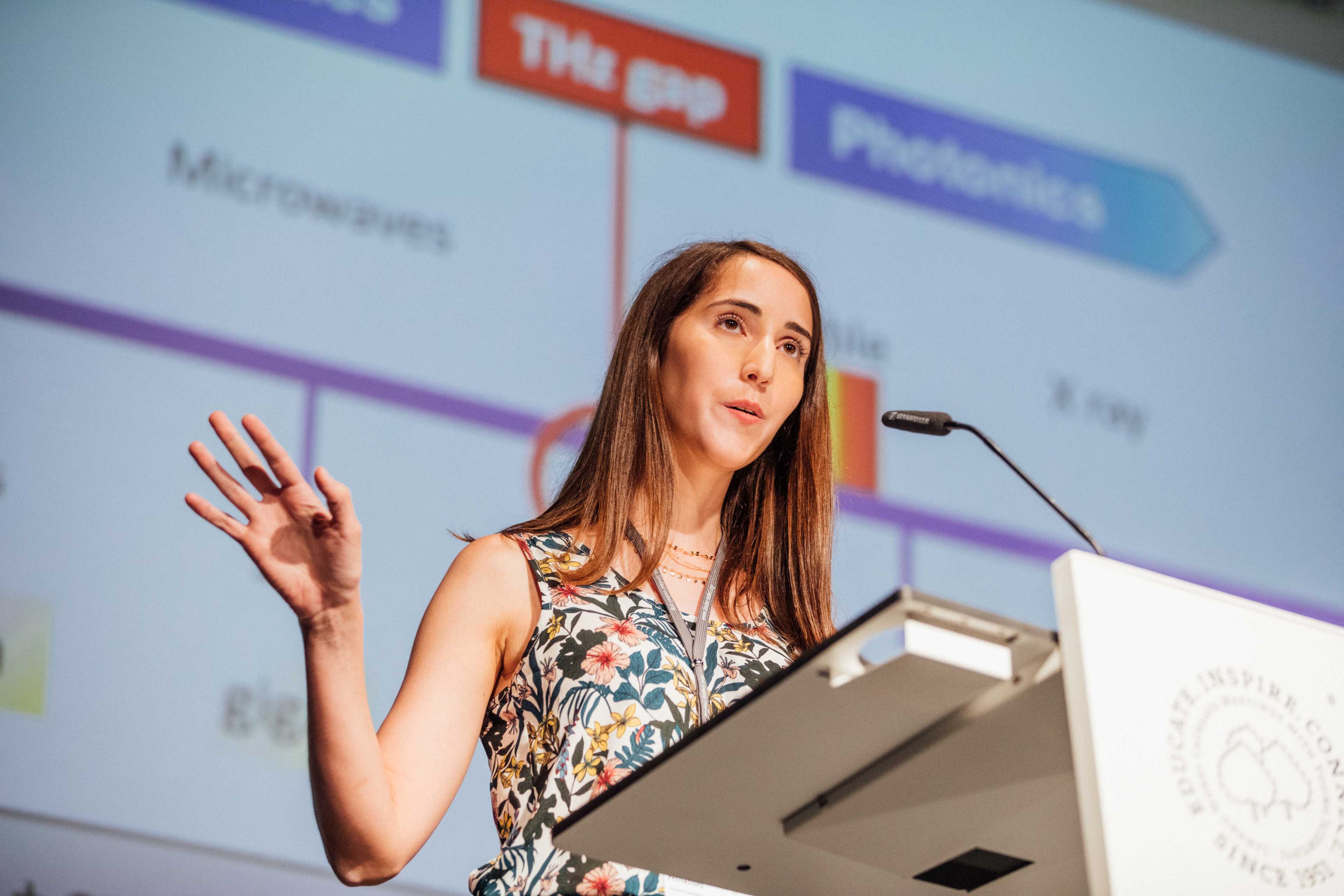 Be confident and go for what makes you happy. Work hard to reach your goals, and don’t forget to have a good work-life balance. Surround yourself with positive persons, find mentors, don’t listen to people who discourage you or underrate you (you might find some in your way, they exist in many contexts, but they’re not everybody, be selective with the people you keep around you), and don’t compare yourself to others, every path (for both men and women) is different and everyone has their own challenges and fears. Lastly, forget about social expectations and stereotypes. Believe that you can do it, and do it

Increasing the visibility of female scientists from nowadays and from history is definitively a way to inspire more female candidates to choose scientific careers. This comes by hand of breaking the images of a male and female profession which are deeply rooted in our society, and very present in many cultures. We should show that there is no ‘gender restriction’ for choosing science as a profession in particular to the future generations.

I think it is important as well to openly talk about the issues many women (and minority groups in general) experience in their career paths, such as sexism and different kinds of discrimination which exist and are discouraging to anyone. To spot these situations and generate conscience should be a starting point to take action toward a truly inclusive professional scenario.