This interview is part of a series of interviews of the “Women in Research” blog that features young female scientists participating in the 68th Lindau Nobel Laureate Meeting to increase the visibility of women in research (more information for and about women in science by “Women in Research” on Facebook and Twitter). 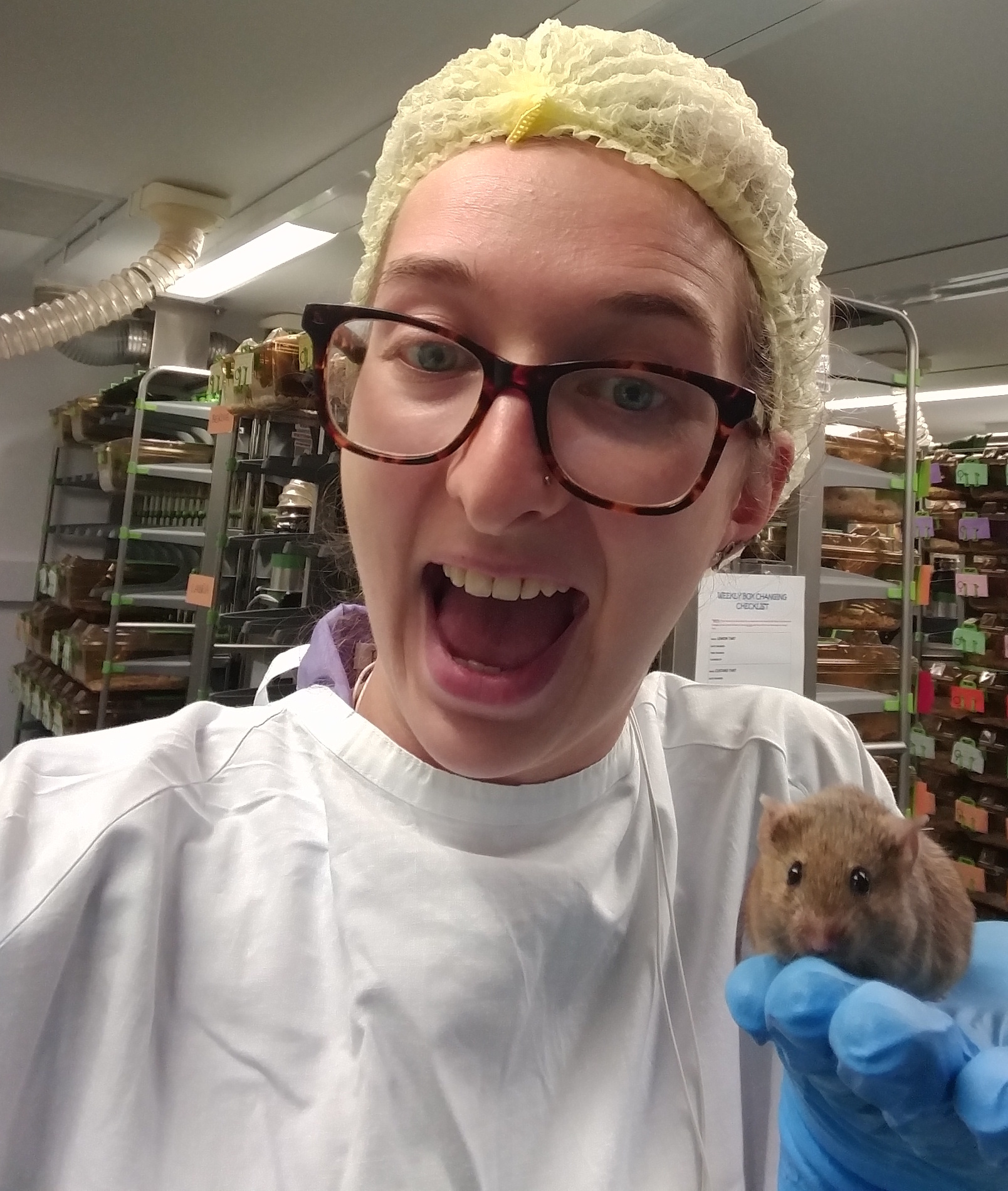 #LINO18 young scientist Amy Shepherd, 28, from New Zealand, is a PhD Candidate at the Florey Institute of Neuroscience and Mental Health in Melbourne, Australia. During #LINO18, Amy Shepherd was part of the “Publish or Perish” panel discussion with Nobel Laureates Randy W. Schekman and Harold Varmus.

The research group that she works in aims to improve the way cognition in mice is tested by teaching them to do tasks on touchscreens, just like human patients do. Specifically, she works on an Alzheimer’s disease mouse model, and she is interested in ways that the brain’s immune and support cells can be changed to help slow down disease progression.

I’ve always been fascinated by biology, for reasons I can’t necessarily pinpoint. The way that cells work, both individually and together, has always made sense to me, and I’m especially interested in how that goes wrong in disease. I fell into neuroscience in particular due both to the fascinating variety of symptoms that occur when the brain goes wrong (from convincing you that your family members have been replaced by perfect imposters to having a 3-second memory to understanding language and trying to say a normal sentence and actually speaking gibberish), and how little we understand about how the brain works.

I’ve had the luck to be surrounded by amazing, strong women and supportive men throughout my career. My biology teacher in high school always pushed me to do better when I was getting marks that were good but lower than what she thought I could achieve. My current supervisor, Dr. Emma Burrows, is the kind of scientist I aspire to be. As well as her science, she is tenacious in advocating for her students and women in STEM and she has had two kids while I’ve been doing my PhD and has continued supporting me, doing her science and actually enjoying life outside of work by sharing the load with her partner. The common narrative is that having a family as a woman in STEM negatively impacts your career, and I’ve seen her take it in stride and not let it stop her. She’s amazing. I also worked for Prof. Franca Ronchese, who has an amazing, quiet determination to answer her scientific questions as well as tenacity to understand new things that was incredibly inspiring to me.

I did a Biomedical Science degree with Honours at Victoria University of Wellington. Throughout my undergrad, I made myself known to group leaders who’s work I was interested in, which let me get one of my top selections for my Honours research project. My supervisor, Bronwyn Kivell, was the first in a long line of strong woman scientists I have had the pleasure of working for, despite the fact our working styles were very different – I learnt here how important communication was! I then worked for teo years as a research assistant at the Malaghan Institute of Medical Research under both Prof. Franca Ronchese and Prof. Graham Le Gros, working on two different projects. In this time, I learnt a tremendous amount of scientific techniques and was also very lucky to have them both invest and support me in my scientific development – I presented at a conference and got lots of advice on science communication thanks to Graham (and many people in his group!), and Franca pushed me to apply for things I didn’t feel I deserved but actually got; I don’t think I’d be where I was today if it wasn’t for both of them. I am now doing my PhD at the Florey Institute of Neuroscience and Mental Health under Dr. Emma Burrows and Prof. Tony Hannan. They are both incredibly supportive of the science communication and outreach work I do outside of my PhD (which is really important to me) as well as giving me enough space to forge my own path with my project (Poor Emma has been dragged into working on glial cells thanks to me!). 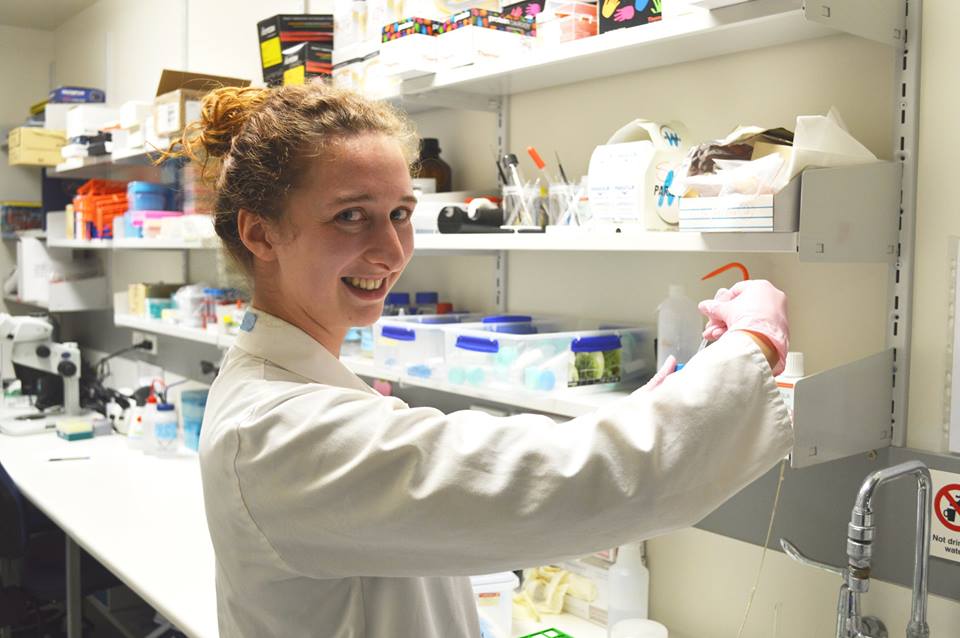 Trying to flow sort bacteria as a cheap alternative to sequencing; I didn’t get to see it through, but it was a brand-new idea and technique. I was building it in conjunction with Kylie Price (another amazing woman scientist) and if it was fully developed I really thought it could help us answer questions that would have been very, very expensive to answer otherwise – unfortunately, I had to leave to start my PhD before we got it working. There is something really amazing about working on something that probably shouldn’t work; when you see glimmers of it actually working it’s so, so cool.

What’s a time you felt immense pride in yourself or your work?

Seeing my name on a paper where I could go through and see my contribution was the first time I felt like a real scientist; I wasn’t that fussed during graduation or anything like that, but seeing a finished product that has been reviewed and accepted by the scientific community was immensely satisfying.

What is a “day in the life” of Amy like?

Emails, planning experiments, running mice on touchscreens and cutting brains on what is essentially the world’s fanciest deli ham slicer are what is filling my days at the moment! One thing I love about science is how diverse each day can be.

I have two goals: I want to help contribute to knowledge about the body, and I want to help the pubic learn and enjoy science. I don’t know in what forms these things will take, but I want to leave the world a better place than I found it, at least in the field I work in.

…outside of research? I kid. I really enjoy science communication and outreach, so I am often involved with organising or speaking at events like Pint of Science, Melbourne Knowledge Week and Famelab. I am also passionate about increasing diversity and equality in science, so I’m the president of the Women in Science and Engineering group at the University of Melbourne and a member of the Equality in Science committee at the Florey, where I’m doing my PhD. When that isn’t taking up all my time, I enjoy dragging my friends and colleagues out to a classic Melbourne brunch of grabbing a drink. 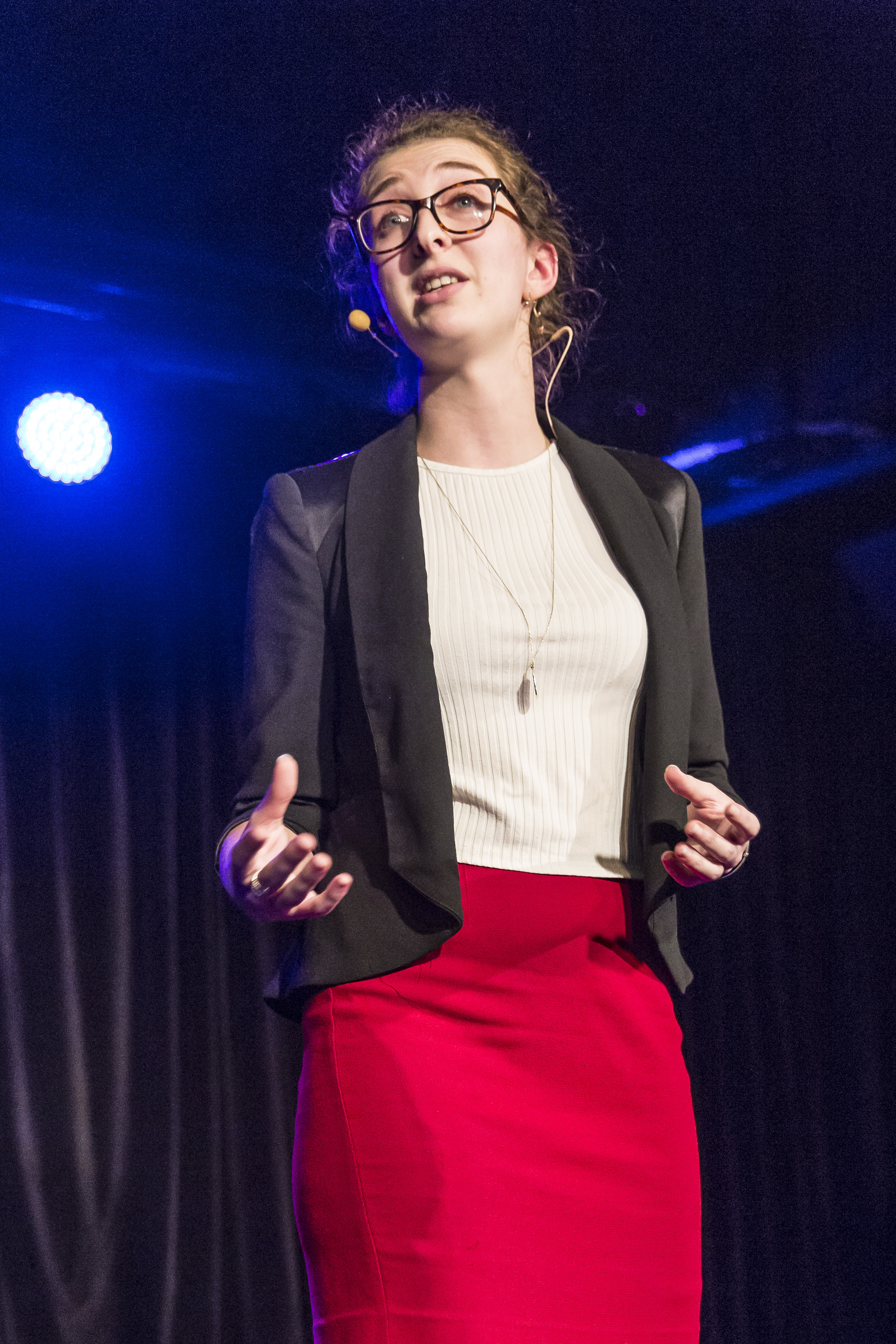 Find your support crew. Science is a career that is littered with failures –failed experiments, failed applications, failed grants, and it’s really difficult to get through if you don’t have people to support you through those things – whether it be colleagues to vent to about a broken piece of equipment that ruined your experiment, your supervisors to help you through paper rejections or friends to cry when you don’t get that job/grant/award. Science has some incredible highs, but it is naturally accompanied by some incredible lows that have to be weathered to see the light on the other side.

In your opinion, what will be the next great breakthrough in physiology or medicine?

Ha, what a question! I don’t think we can really predict the next big breakthrough, as the things that have the biggest effect tend to come from left field; there are certainly things in my lifetime that come into this category, with the one that comes to mind being CRISPR-Cas9. It has the potential to wipe out some horrible diseases, but comes with some serious consequences (see this great article by Marcy Darnovsky).

We need to address the issue of the leaky pipeline – that is, as you move up the career ladder, there are less and less women making the jump. There are many reasons for this, and perhaps the most well-known is the career disruption often incurred by having a family – this issue is incredibly important but that’s actually not what I want to talk about for this blog.

Due to inherent bias, grants and papers written by women are less likely to get funded and published respectively. The first we see here in Australia, and the main biomedical funding body have noticed this problem and begun to deal with it. The latter was shown in a blinding experiment – the same paper with female authors was 19% less likely to be published compared to one with male authors. (Incidentally, papers were 76% and 67% more likely to be published if they had famous authors or were from a top institution.) Blinding reviewers to the authors could fix both of these issues – the science should be considered on its merits, not by who wrote it.