This interview is part of a series of interviews of the “Women in Research” blog that features young female scientists participating in the 67th Lindau Nobel Laureate Meeting, to increase the visibility of women in research (more information for and about women in science by “Women in Research” on Facebook and Twitter). Enjoy the interview with Antonella and get inspired. 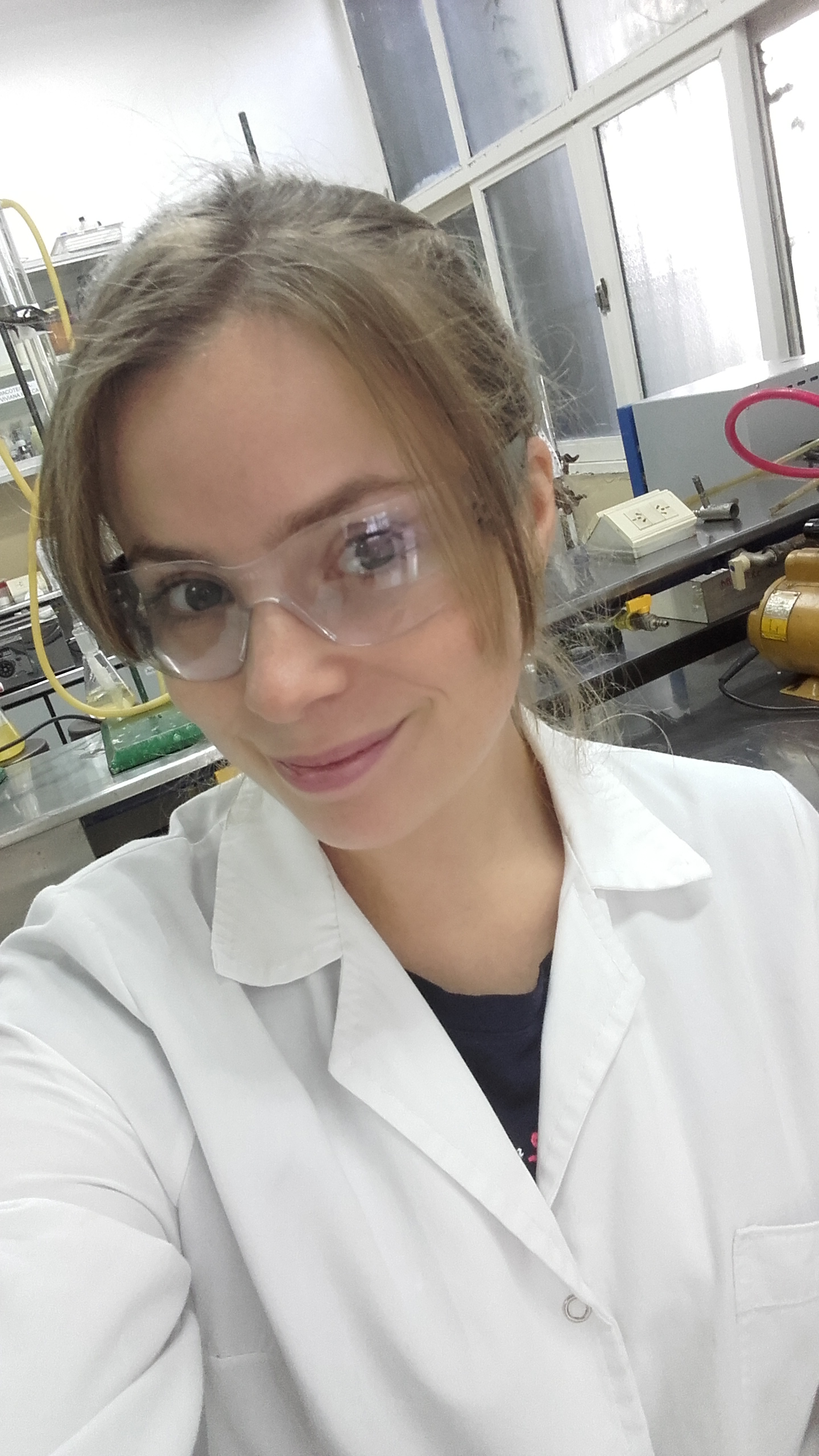 Antonella Coccia, 22, from Argentina is an undergraduate student and researcher at University of Belgrano, Buenos Aires, Argentina. Antonella is working in biotechnology. More specifically, she is studying how to obtain Lysine (amino acid) through bacterial fermentation. Her country is a food producer and it is looking for more effective ways to feed cattle; however, Argentina doesn’t produce any amino acids (they are imported).

I was a very curious girl. I was always making my parents tired with the why’s, how’s and for what questions. My father noticed how passionate I got when I learned something new, especially when it was related to science, so he bought me a chemistry set for my birthday. I loved it. It was my first contact with science and I felt that that game satisfied my voracious curiosity. Later, I started high school in a science orientated school. Those years were of a lot of importance to decide my future career. I had the opportunity to visit the school chemistry laboratory for the first time, and it was love at first sight. I started to participate in every science fair, to show my experiments to other kids and to inspire them to join science orientated classes.

I do not think I have a single role model to follow. In the years that I have been involved in the sciences, I discovered many people and figures who have inspired me in many ways and taught me very valuable things. Like many girls interested in science, Marie Curie is a significant role model for me. I was impressed by how she could set her goals beyond what was known at that time. I admire her ability to build a family along with her scientific career, and how she succeeded in inspiring her daughters so much that one of them later received a Nobel Prize. Finding the balance between having a family and engaging in science is something that I’ve always admired. On the other hand, my parents are also a role model. They have shown me through their years of work how sacrifice and hard work pays off. They are also a major example of overcoming difficulties by believing in themselves. Other role models for me were my teachers, especially my current research director and professor Dr. Pablo Raul Castello who has shown me day by day that the possibilities are endless if one is inspired and passionate enough about his work.

I admire […] how she succeeded in inspiring her daughters so much that one of them later received a Nobel Prize.

When I finished high school, I decided to apply to universities in the United States. Therefore, I had to take the SATs but I felt that there was a great gap between my school and the contents of the exams. I had to be an autodidact and work hard to achieve my goal. I was accepted but I couldn’t start my studies abroad due to economic difficulties. I felt that everything had been in vain. Then I entered the University of Belgrano where I am currently studying for the third year of my chemistry major. I found that the knowledge that I had acquired and, moreover, the qualities as a student that I developed as well as the maturity I had gained, positioned me differently compared to the rest of my classmates. I took risks, I wasn’t afraid of that and I sought for what I thought my career needed. That’s how in the second year of my career I was already participating in an investigation in the university laboratory. Those experiences have shown me that sometimes things don’t go the way I want but everything that I’ve learned stays with me and makes a difference in future situations.

I think that the coolest project I’ve ever participated in is the one that I am part of right now. This project is very dear to me because it’s the first investigation that was entirely entrusted to me. I am working in Lysine production through bacterial fermentation. This is a well-known process around the world; however, we have a different approach and it already has intellectual property. I really like this project because it is applicable to my country’s industry and it could be the answer to the current dilemma of how to produce more and better food. Argentina is a food producer; however, it does not produce the required supplements to enrich the cattle food. Our project can provide those supplements making food production cheaper and creating an inexhaustible source of food enrichment. 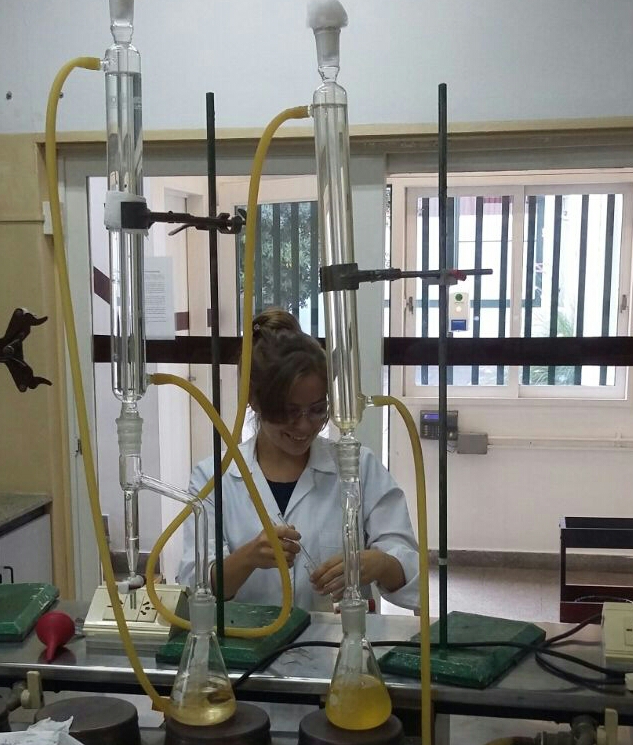 The first time I inoculated the medium with the lysine producer bacteria. I was very nervous and excited at the same time. I even texted my mom to tell her as a joke that my little babies were growing. Even though the formulation of the medium was the most important part, the bacterial growth was the most decisive stage. I was about to find out if the formulation was correct.

What is a “day in the life” of Antonella like?

So, a day in my life starts at 5:30 am when I get up and start to prepare to go to university. I take a bus and a subway which usually takes me an hour. Then I get to University and start my classes. I take classes until 13:00 hrs when it’s time to take a lunch break. At 14:00 hrs I start working at the laboratory, I check on the bacterial growth and the Lysine production. I answer some emails and work on some projects. When I come back home I try to go for a run or to take a gym class. I find it very relaxing. I always eat dinner with my family because it’s very important for me to save some time to share with them. At the end of the day, I study for my classes and complete course assignments.

Even though I am focusing on finishing my undergraduate studies, I’m looking forward to starting my postgraduate studies, I really want to get a doctorate degree. As for my research goals, it may sound cliché but I would really love to work on a project that causes an impact on society or that gives me the chance to leave something good to the world. 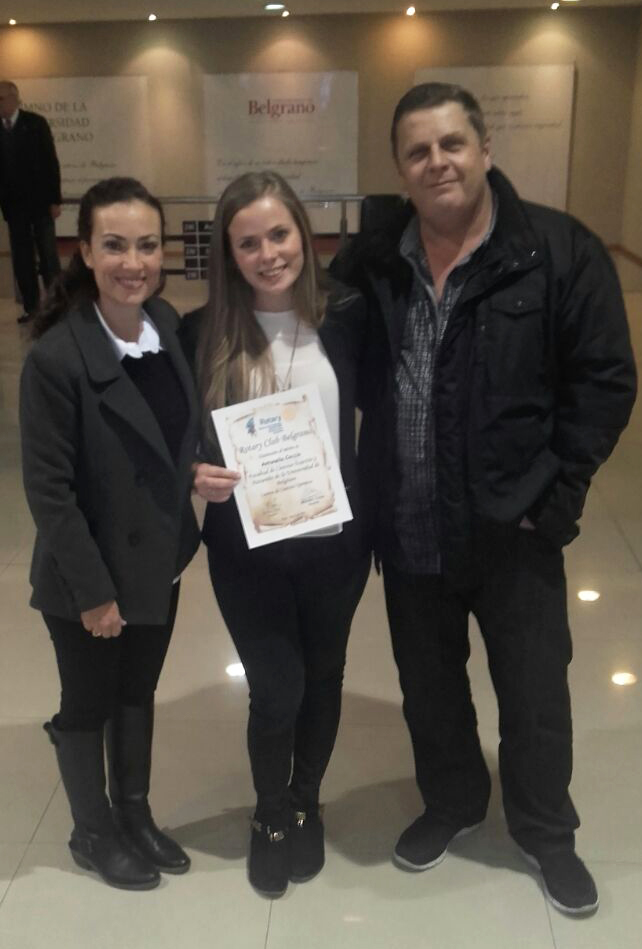 When I am not in the laboratory or taking classes I really enjoy going to food truck fairs with my mom or baking for my family. I also like taking dance classes and running because I end up very relaxed and with a clearer mind. Something that keeps me going is doing activities with friends, having a coffee or going for a walk – it’s always great to spend some time with them.

I think that the most important thing for a woman interested in science is never underestimating herself. There will be people that will discourage you or even yourself will, but it’s important to keep in mind why you are doing what you do. It happens to me sometimes that it feels like I haven’t achieved anything. Other times, I am really lost with my investigation or I get frustrated with grades after extended periods of study but I surround myself with people that really support me and remind me of how much I have achieved and how much I love what I do.

I don’t think there is a certain answer to this question but if you ask me what I hope will be the next breakthrough in science I would say that I wish a cure will be found for illnesses that cause many deaths around the world such as cancer, leukaemia or AIDS, to name just a few. I think that a lot of research is being done in those areas and it is probable that the next great breakthrough will go in that direction.

From my point of view, there should be more encouragement for little girls. It’s important to show the achievements of women in science through the media because it avoids the myth that there are not so many women involved in science careers. The young women should see that we are more and more female scientists every day, it’s the best way to inspire them. Another thing that I haven’t seen or heard (at least in my country), and I think could make an enormous difference, is offering science lab as an extracurricular activity. I particularly discovered my love for science when I experienced what it was like being in a laboratory and the endless opportunities that it represented.