“The Networks Created Will Benefit...
Back

The first that I heard of the Lindau Nobel Laureate Meetings was when a senior professor approached me to ask if they could nominate me to attend. I secretly thought: Why would they select me? But I submitted an application and then promptly forgot about it. Months later, I received an email that turned my world on its head. The African Academy of Sciences had nominated me for consideration to the Council and I was chosen to attend. I couldn’t believe it: I was going to Lindau! I was excited for the opportunity to meet and interact with Nobel Laureates – the remarkable people I’d only read about on the Internet. But after the initial elation, the nervousness kicked in. I worried to myself: What on earth would I possibly have to say to them? In hindsight, my fears were completely groundless.

My experience far exceeded any of my expectations. The atmosphere in Lindau was friendly and relaxed; and this made the interaction with the Nobel Laureates far less intimidating than I had expected. At the opening ceremony, the excitement in the auditorium was tangible. As became typical for the duration of the Meeting, we had an opportunity to mingle with and meet the Nobel Laureates as well as fellow researchers who hailed from all corners of the globe. The Meeting was centred on lectures, discussion sessions, and science breakfasts, but outside of these times, there were many opportunities to discuss topics ranging from current research activities to politics and cultural norms. Over the course of the week, the Nobel Laureates delivered short lectures; some focused on the fundamental challenges in their respective research areas, whilst others shared their experiences as researchers. For me, the highlight was the keynote address that was delivered by Prof. William E. Moerner (2014 Chemistry Nobel Laureate) on behalf of Prof. Steven Chu (1997 Physics Nobel Laureate). Chu mentioned that governments seem to be in doubt about scientific evidence (especially on climate change) and emphasised the need to have political scientists who can work with governments to develop better policy options for a sustainable future. Apart from the scientific aspects that were covered during the lectures, what was of most value to me was the guidance that each Nobel Laureate imparted during their lecture. They motivated us to never doubt our abilities and inspired us to hold on to the passion we have for science. Possibly the most interesting lecture (judging from the applause given) was delivered by Prof. Ben Feringa (2016 Chemistry Nobel Laureate). In his talk, Feringa took us through his discovery of a ‘nano-car’ which he built from compounds that use light-induced chemical energy to move across a surface, highlighting the positive impact these nano-machines could have, especially in medicine.

The African delegates had a special African breakfast with Prof. Peter Agre (2003 Chemistry Nobel Laureate). This breakfast gave us a chance to meet other African delegates and we had a rare opportunity to pick Agre’s brain regarding his work in Africa through his role as the Director of the Johns Hopkins Malaria Research Institute. The discussion touched on various issues, including why we have not been successful in eradicating malaria. The dialogue was so thought-provoking that ASSAf organised a follow-up lunch discussion with Agre and the researchers from South Africa. The Lindau Nobel Laureate Meeting was a unique experience, and it exposed me to colleagues working on similar research projects around the world. The discussions were enlightening, and the networks created will benefit my scientific research career for years to come. I would encourage every young scientist to apply to attend this meeting, as it provides a remarkable opportunity to interact with current and future Nobel Prize winning scientists from across the globe.

This article is an excerpt from “Young South African researchers attend the 2017 Lindau Nobel Laureate Meeting” by Nolwazi Nombona, Mark Williams-Wynn and Paul Kennedy, which was originally published in the South African Journal of Science. 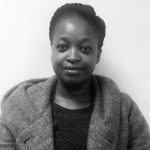 Dr. Nolwazi Nowona is a Senior Lecturer at the University of Pretoria, South Africa. Her research focuses on the integration of inorganic molecules with nanomaterials for the development of electrochemical sensors which detect pathogens and carcinogens in the environment. She is a Lindau Alumna of the 67th Lindau Nobel Laureate Meeting in 2017.