You work in the field of neuroscience. As a physicist, what contribution can you make?

Miriam Menzel: Our working group is focused on three-dimensional mapping of nerve fiber tracts in the brain. We use a microscopy method in which polarised light illuminates extremely thin brain sections. My task is to improve data interpretation and develop imaging procedures that provide additional information about brain tissue. To do this, I carry out simulations on the Jülich supercomputers. 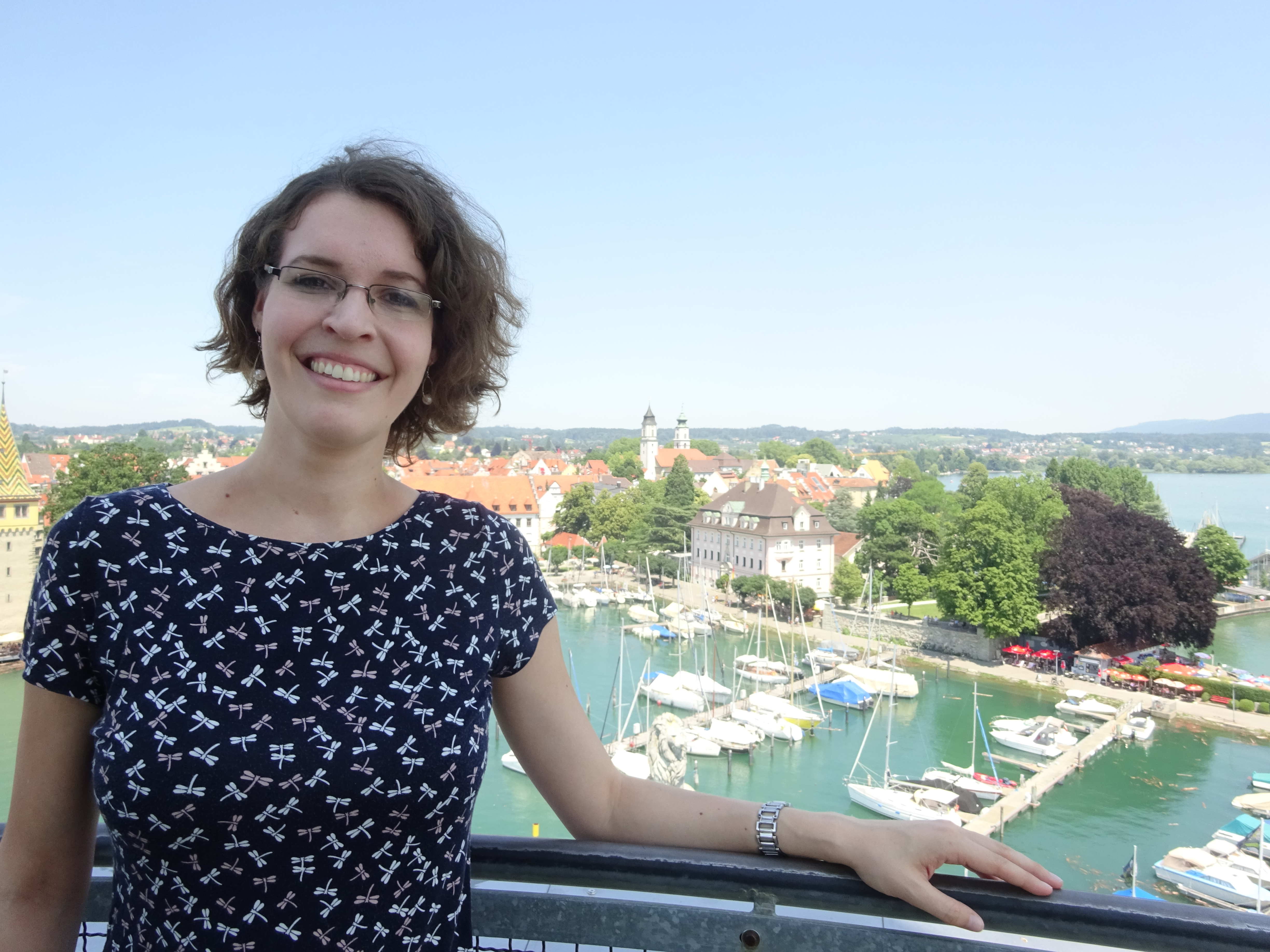 What were your impressions of the 69th Lindau Nobel Laureate Meeting?

Miriam Menzel: It was great – a very special event in beautiful surroundings, addressing a wide range of topics! I’ve never experienced so much interaction at a conference before. As well as scientific lectures and discussion forums, there was also a recreational programme of group activities including Science Walks, evening meals, a boat trip to Mainau Island and a Science Picnic, which offered plenty of opportunities to talk to Nobel Laureates in person.

Were there any of the Nobel Laureates who made a particular impression on you and could perhaps serve as a role model for you?

Miriam Menzel: One role model was certainly Steven Chu because he works in such an interdisciplinary way and is politically active as well. I was also impressed by his colleague, William D. Phillips, with whom Chu shared the 1997 Nobel Prize in Physics: he radiated enthusiasm and actively sought to engage with young people. During the breaks, he was always surrounded by young scientists – he even explained quantum optics to us on a serviette over lunch.

How would you sum up the conference?

Miriam Menzel: The Lindau Nobel Laureate Meeting was a unique experience for me, one that will live long in the memory! I thought the open, approachable atmosphere was particularly notable. Everybody talked to everybody else: there were no small, cliquey groups as is often the case at other scientific conferences. I got to know people that I wouldn’t otherwise have met – lots of Nobel Laureates as well as participants from different countries. For instance, I met young scientists from South Africa, Colombia and Saudi Arabia who have a completely different research system to us, which I also found interesting. One important aim of the meeting is to build networks. To support this, there is an Alumni Network that I’ve already enrolled in. It organises follow-up events that I’m sure to attend.

What is the topic of your research?

Sven Borghardt: My topic is two-dimensional semiconductors. We produce our materials using the graphene production method developed by the laureates of the 2010 Nobel Prize for Physics, Konstantin Novoselov and Andre Geim – also known as the Scotch tape method. This allows us to reduce the thickness of semiconductor layers to just a flat layer of atoms. Our aims include investigating the properties of these materials. In the nanometer range, these are completely different to larger structures. We examine the materials using optical methods; in the long term, we hope to create new optical devices. Among other aspects, we want to generate quantum light and make it applicable for optical communication. 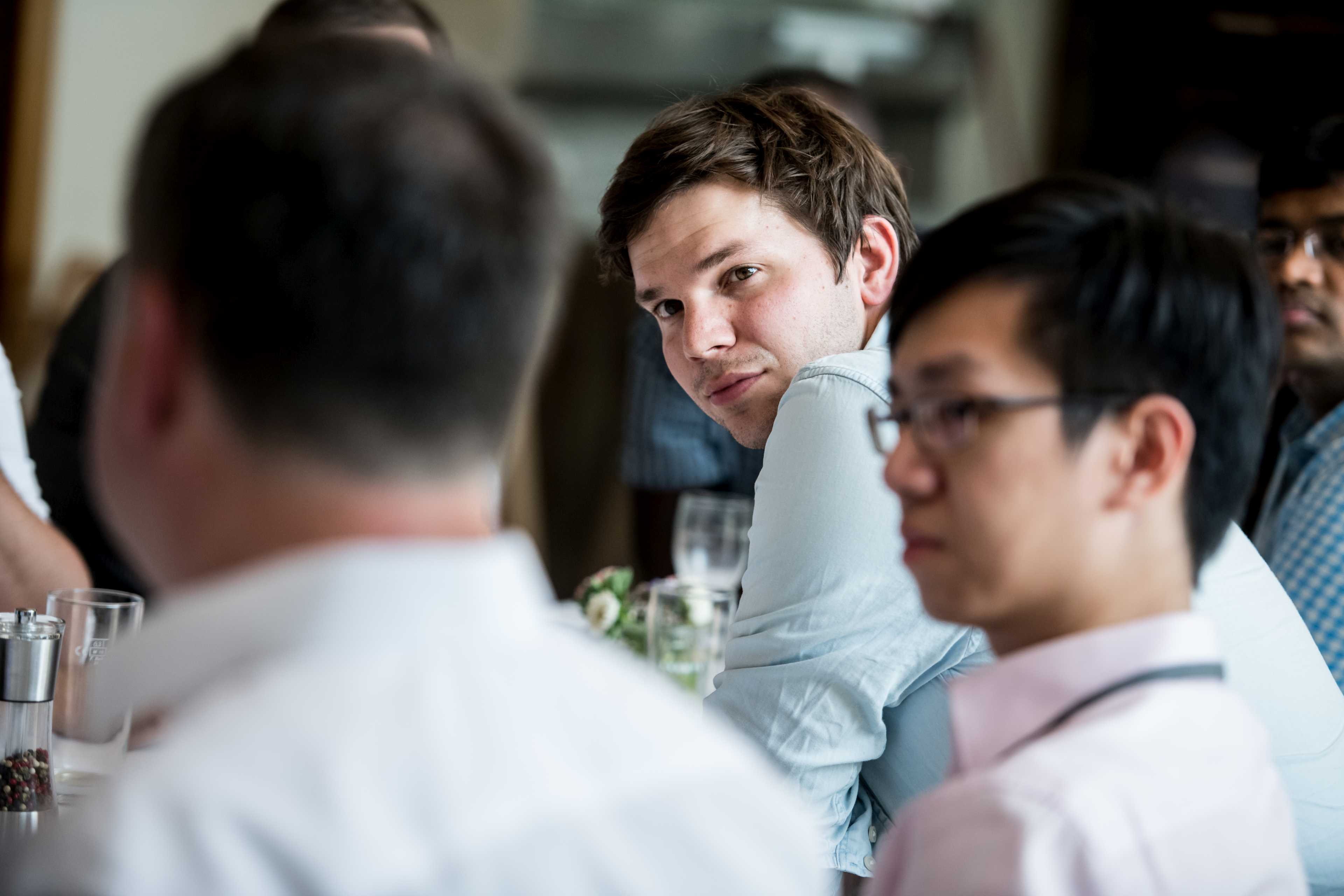 Were there any speeches in Lindau that have stuck in your memory?

Sven Borghardt: One thing I found interesting was Konstantin Novoselov’s life story. I had always thought that Nobel Laureates had somehow single-mindedly pursued their research project their entire life; in actual fact, at least some of them took a more circuitous route to their goal. This is relevant for me because, at the moment, I’m considering how I should move forward after obtaining my doctorate. Perhaps I might like to try something different? On the other hand, it appears that, if you choose to leave science, it can be very hard to come back. Given the current pace of scientific developments, it would be easy to lose touch in just a few years. Novoselov is an excellent example of a researcher who has gained experience outside of his scientific career. Born in Russia, he was very active in the construction sector following the demise of the Soviet Union and only fully devoted himself to science later on. His Nobel Prize required a lot of creativity and perhaps it was exactly his unconventional résumé that helped him achieve this success. What’s more, he’s a keen artist: painting is one of his passions. He has even tried to combine research and art, such as by extracting graphene from old paintings for an art project. His advice to us was to explore different fields and use this to enhance our own creative potential. We can then incorporate this into our research.

Did you meet other researchers who could be role models for you?

Sven Borghardt: I was struck by an anecdote from Steven Chu. As a young researcher, he moved from Stanford to Berkeley to take a position there. However, he still had a paper from his time at Stanford moving through the publication process. His professor came to him and advised him to give up his title of first author. One of Chu’s colleagues who had contributed far less to the work would be named first author instead. When Chu asked why he should do this, he was told: You already have a position – he doesn’t. Chu then agreed straight away. To me, this is model behaviour. It isn’t something commonly found in academic life today. I don’t think we should ascribe such great importance to key figures and performance indicators. To my mind, doing your very best in your research should be enough. The scientific community should acknowledge this much more clearly rather than focusing on figures that can easily be manipulated.

How would you sum up the Lindau Meeting?

Sven Borghardt: It became clear to me in Lindau just how much science unites people from different cultures. Everyone grapples with similar questions and has to contend with the same issues. Science isn’t always something you can plan, but it is a great field of work, and researchers have a major responsibility to society. It should point out risks and propose solutions. Overall, the event was a unique experience – one that nobody can take away from me.

The interviews were conducted by Kristin Mosch from the Forschungszentrum Jülich. Videos and further information about the 69th Lindau Nobel Laureate Meeting are provided on the meeting page in the mediatheque.