On 15 February 2019, a group of Lindau Alumni had the opportunity to visit NASA’s Goddard Space Flight Center. Orsolya Symmons, Lindau Alumna 2010 and HFSP postdoctoral fellow at the University of Pennsylvania, recaps the event.

The thing I recall most about attending the interdisciplinary Lindau Meeting in 2010 is the atmosphere: there was electricity in the air from the hundreds of young researchers who’d come together to meet and learn from those at the forefront of science, the Nobel Laureates. A few weeks ago, I experienced that atmosphere again, when I joined a little group of Lindau Alumni, some of whom had travelled from as far away as Norway and Britain, on guided tour of NASA’s Goddard Space Flight Center. 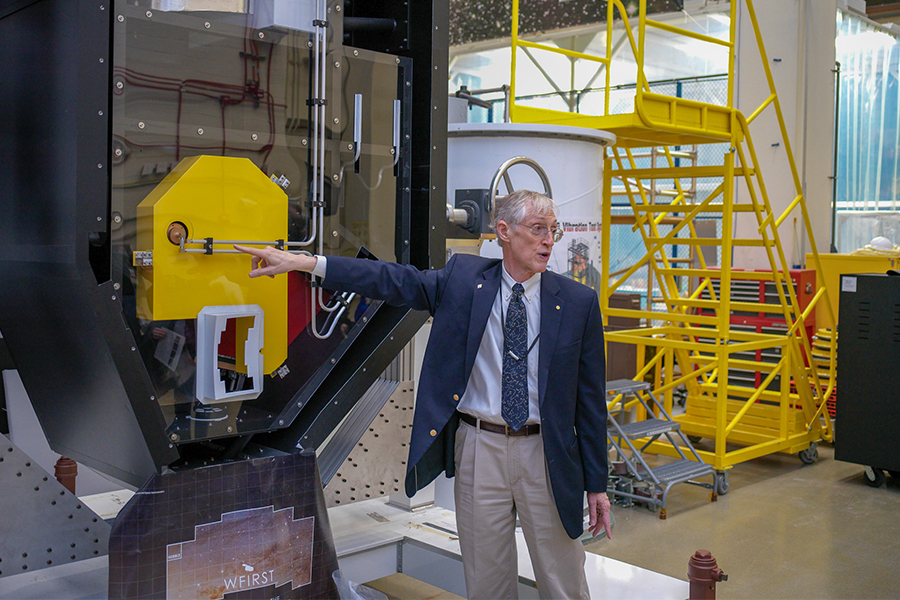 From the get-go, the tour promised to be an exceptional experience: after all, our guide was Dr. John Mather, who received the 2006 Nobel Prize in Physics for his measurements of cosmic microwave background radiation – work he had conducted at the Goddard Center. Reality, however, exceeded all my expectations: touring a subset of the thirty-something buildings of the spectacular campus, which is nestled among approximately 12,000 acres of woodland in Greenbelt, Maryland, on the outskirts of Washington DC, felt like walking through a place where space history is made. Not only has the Goddard Center been the place where the COBE (cosmic background explorer) satellite mission was developed, whose measurements formed the basis of Dr. Mather’s Nobel prize, but it is also the home of the Hubble Space Telescope, the James Webb Space Telescope and the future Wide Field Infrared Survey Telescope (WFIRST) missions. 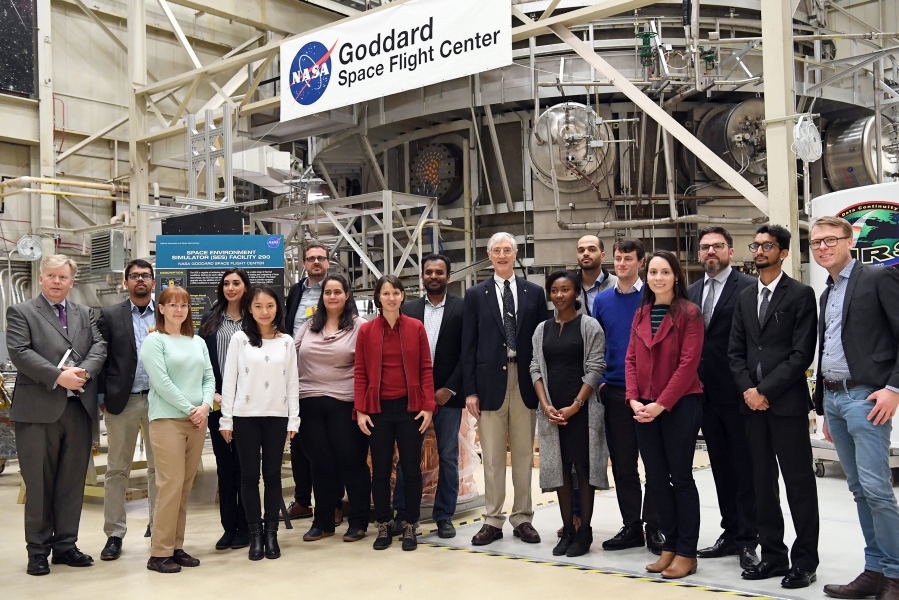 Each of these missions is a massive undertaking, and it takes years to decades from the initial idea through construction, testing and launch to finally make observations. Moreover, every telescope is designed to provide crucial, basic information about the universe. The James Webb Telescope, for example, is designed to make sensitive infrared measurements, thereby telling us more about distant, faint signals and the origins of stars and galaxies, while WFIRST will detect extremely rare events in the universe given its large field of view. But it wasn’t just the grandeur of these space missions that was impressive, but also to learn about the incredible amount of detail that goes into building and testing the equipment that will be sent to space. For example, we got to see the gigantic clean room (the largest of its kind) where spacecraft components are assembled under sterile conditions, as well as a huge vacuum chamber (and we only saw the part that was above ground!) that can be heated and cooled to test whether equipment can withstand the extreme conditions of space.

Yet, of all these things my personal highlight was the hour or so we spent around the Hubble Telescope’s mission control center. As the Deputy Project Manager, James Jeletic, explained, Hubble is NASA’s longest (it was launched in 1990), most successful mission to date, and will hopefully be active until at least 2030. Thanks to its sensitive cameras and spectrographs the telescope has already generated many iconic images that show the birth of stars or the light echoes generated by the eruption of a supergiant star, and it continues to make observations based on crowdsourced project proposals. And it was simply mind-boggling for me to see that a telescope approximately the size of a yellow school bus, which is in orbit close to 600 kilometres above the Earth, can be navigated to image objects with such accuracy that it deviates less than a hair’s width at a mile’s distance – from a small, unimposing room less an hour away from my home! 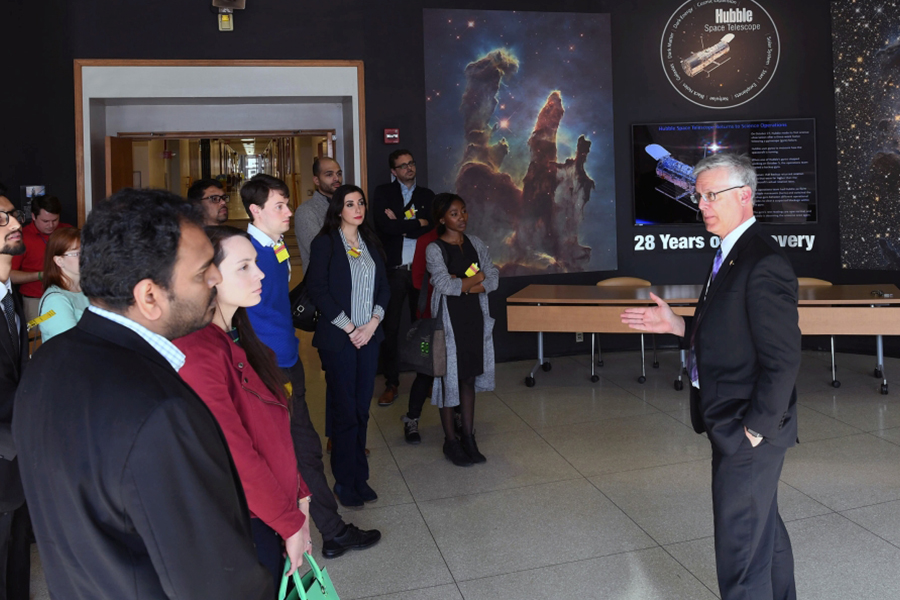 In the end, I believe we all walked away from this tour with a deep awe and appreciation of the exciting science done at NASA to better understand the origins and laws of the universe. And, inspiringly, as John Mather pointed out in his introduction, it is not merely the equipment, but “the people who make things happen”!

This article was first published in the Lindau Alumni Network. Upcoming events and other offers for Lindau Alumni will always be announced there first, alumni can sign up here. The next Lindau Alumni event is a webinar on mentoring.

Orsolya Symmons is a molecular biologist and geneticist, currently working as a HFSP postdoctoral fellow at the University of Pennsylvania in the USA. Her work focuses on how the sequence information in mammalian DNA gives rise to gene expression that is regulated in time and space. She has a degree in molecular biology from Eötvös Loránd University in Hungary and a PhD from EMBL in Germany.